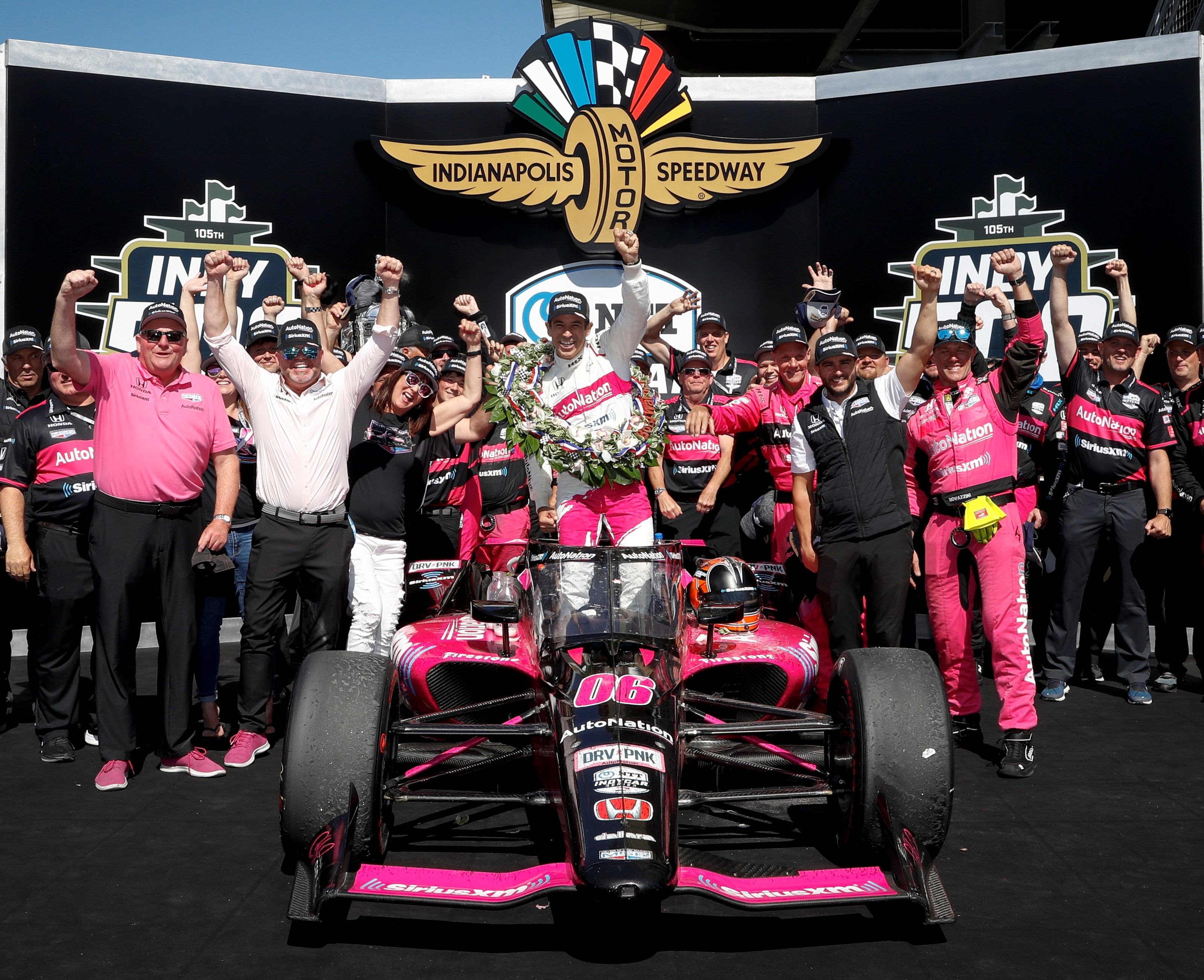 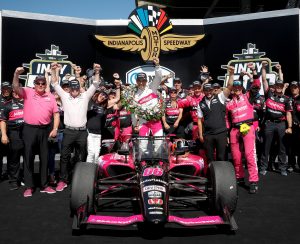 It takes a village to win Indy

I couldn’t have been happier than to see the incomparable Helio Castroneves win his fourth Indy 500 ring.  Winning the Indy 500, any Indy 500, just one,  is a huger than huge accomplishment.  The previous 4-timers — AJ Foyt, Rick Mears, and Al Unser, Sr., were all champions and masters of their decade(s) and earned every sip of victory lane milk. 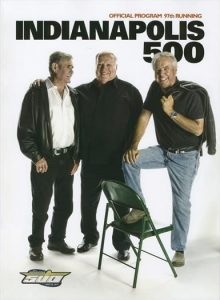 Consider how many truly outstanding drivers never won the race (hmmm, maybe that’s a topic for a future book).  Michael Andretti, as fast a guy as ever strapped on a helmet, believe it or not, has led a few more laps at Indy than did RocketMan Mears (431 to 429) — of course the only lap led that really matters is the last one, Lap 200.  It’s been said that Mario Andretti won the Indy “400” many times, but due to a variety of issues, he took the checkered flag but a single time.

Consider Lloyd Ruby – the slow speaking, fast driving Texan who led the race numerous times — but never won it.  And many, many others in the same camp; Dan Gurney, any of the Bettenhausens or Danny Ongias.

Furthermore, consider the many three-timers, who never made it to four.  The late great Bobby Unser sprinkled his three Indy wins over three different decades, certainly could have done it again.  Johnny Rutherford won all three of his 500s over just seven Indy runs (1974, ’76, and ’80), and like Unser, still fast at the time of his retirement, could have also been a four-timer.  Dario Franchitti’s bid for three was cut short due to severe back injuries late in his career.

Consider how many two-time winners coulda, woulda, and maybe shoulda.  Al Unser, Jr. had all the chops to do it, although in the latter part of his career didn’t always have good enough rides to finish the job.  Arie Luyendyk certainly had the goods.  And maybe Gordon Johncock, who raced well into his 50s, and knew how to win.  The late Dan Wheldon.  Why not Rodger Ward or Bill Vukovich? Emerson Fittipaldi, certainly.  And Juan Pablo Montoya is still in the game, is still fast, and still has a chance. 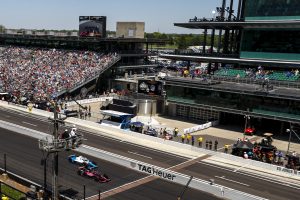 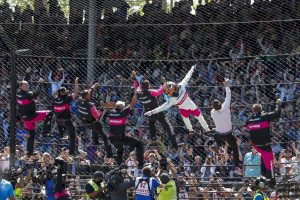 Its Spidytime; Helio and several of his Meyer Shank Racing team climb the fence for a bow, as they should

Its been said that you don’t choose to win the Indianapolis 500; it chooses you.  Which in a mythical, zen sort of way, is true.  Yet you have to be really damn good, have a great team behind you, need great car that day, and some ‘racin luck. 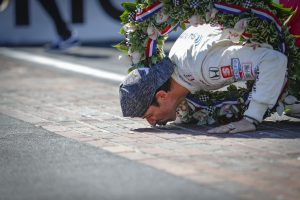 The moral is that for all the talent that has won and attempted to win the Indy 500, it ain’t easy.   Wining it once.  Or twice.  Or even a legendary three times.  Or the seemingly impossible four.  How many greats lived an entire career, and/or died trying, without the wreath.  Sift through the races, the results, the names, the legend, rumor and innuendo, and you’ll further come to understand that Helio — SpiderMan, the MagicMan — is clearly a unicorn among racers and Indy 500 winners.