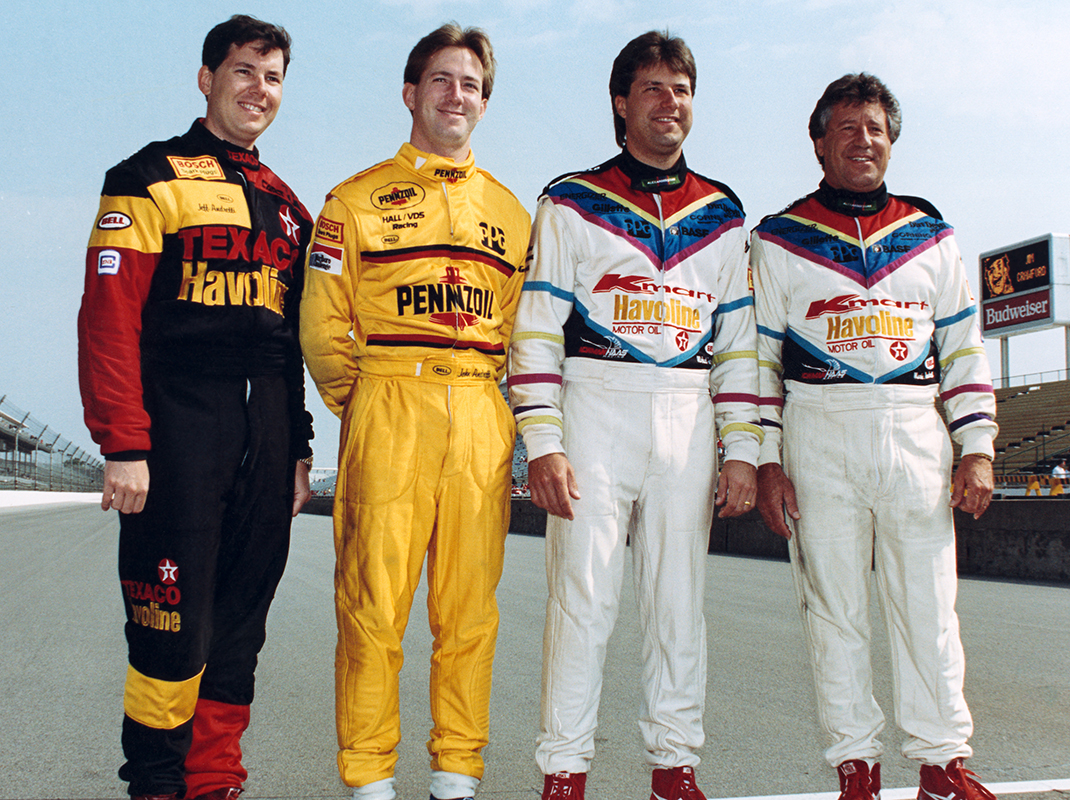 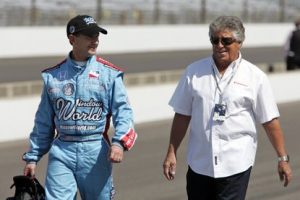 John was very much more like a son to Mario

I’m crushed over the passing of John Andretti, January 30, 2020, after a four year long battle with colon cancer.  He was just 56 years old.

Even though he wore the benefit and baggage of that famous name (being nephew of Mario, son of Aldo, cousin to Michael and Jeff, and uncle to Marco) John wasn’t in any way a “silver spoon” guy.  He earned his scrapes and stripes in racing the long way, and sometimes the hard way.  His father nor his uncle ever wrote big checks to put him onto a big team, nor into a first rate car.  When he got those chances, he earned them because of his own merits.

It would be an overstatement to say we were friends, but I’d met and spoken with him several times.  He was as down to earth and as genuine a guy as you’d ever meet, friendly, enthusiastic, and utterly unaffected.  Even though his racing record never climbed to the heights as did his incomparable uncle, he had his days and wins.  Among the many things I loved and respected about him are that he was, like Mario, an all arounder.  He loved to drive and compete, and did so in a variety of cars and series, with certain success in all of them. 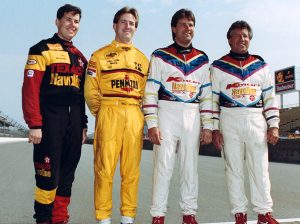 John in the yellow suit, as a member of Jim Hall’s Chaparral team at Indy in 1991

His Champ car career encompassed 73 races, including one win and a pair of podium finishes.  He raced the Indy 500 ten times.  Among the most significant among them were 1991 and 1992, when he and his uncle and cousins, (Mario, Michael, and Jeff) the first (and only since) time when four direct family members ran the race together during the same years.  It is true that many Unser family members have competed at Indy, but never four of them in once single race at a time.

Possibly John’s greatest claim to fame was his versatility in so many racing disciplines, displayed no better than when he became the first driver to complete the Indy 500/Coca-Cola 600 double, finishing an IndyCar and NASCAR race in the same day. He finished 10th and 36th, respectively, and it represented Andretti’s official dive into stock-car racing that took his supreme focus for the next decade.  NASCAR and John got along well, his career in the stockers a long and fruitful one: he competed in 393 NASCAR cup races, earning four poles, two wins and 37 top ten finishes; he drove for NASCAR legend Richard Petty’s team, among others.  He also tried his hand at drag racing, and was a highly competent sports and endurance car racer.

Win, lose, draw, or crash, I never saw John Andretti without a smile on his face; the guy just beamed legitimate enthusiasm and happiness for life.  He also freely admitted that after contracting cancer at 52, that he should have gone in for routine testing and screening, humbly taking responsibility for the torture and loss he knew he was setting his wife and children up for. 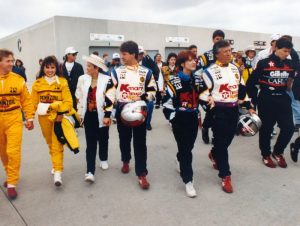 The Andretti family welcomes your donations to: