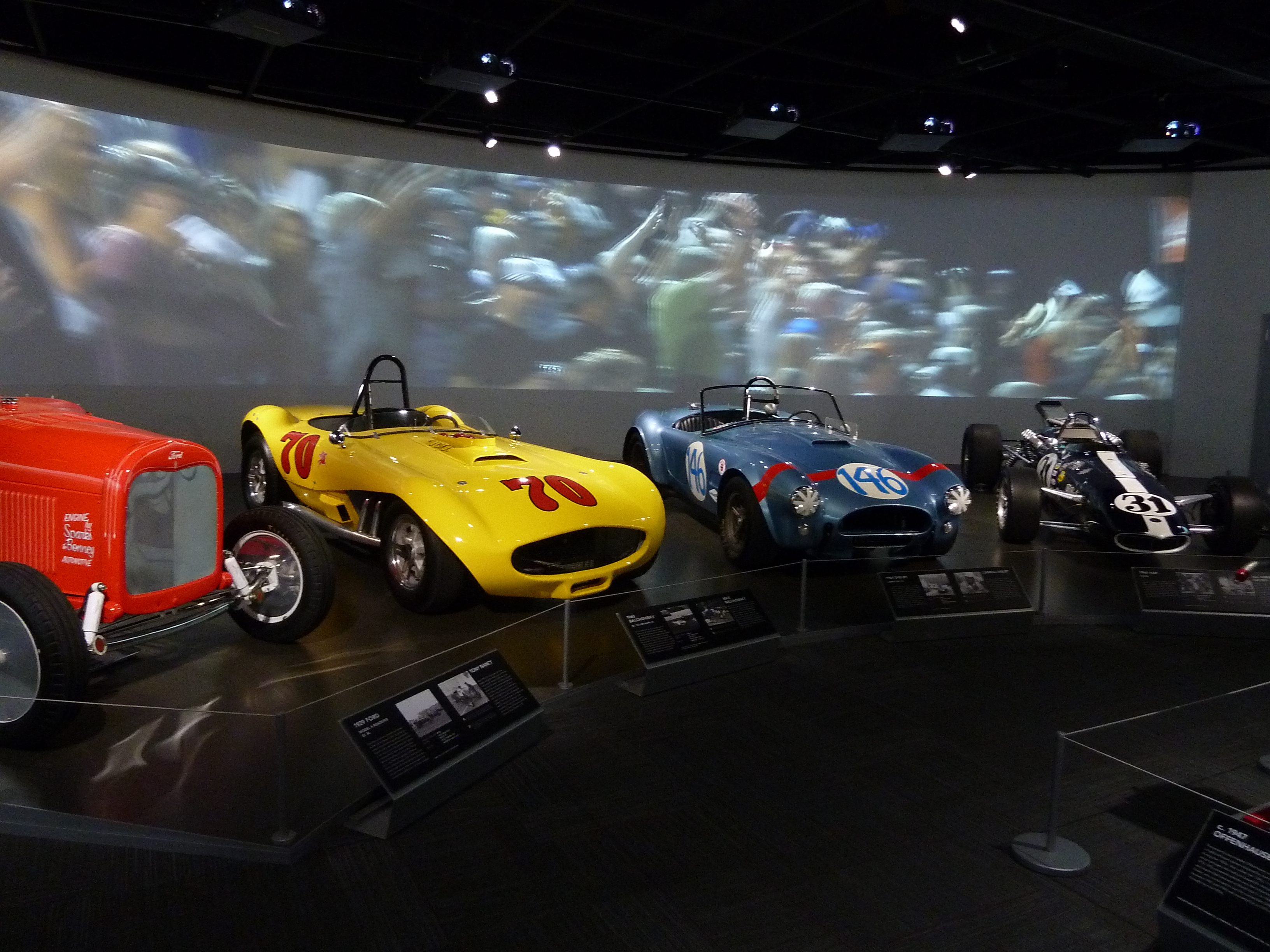 I’ve seen this new exhibit, and it’s fabulous. Small but mighty, it reminds us how many great racing cars (and drivers) called Southern California home. 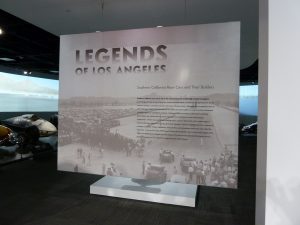 Here’s the Museum’s news release about the opening.  And you can doubleclick on any imaged to see it full screen – MS 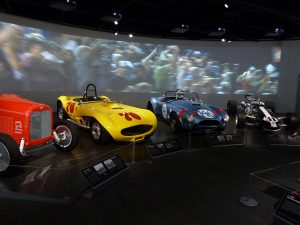 New exhibit features 12 of the most iconic race cars ever built in Southern California, surrounded by a 180-degree panoramic video where the Petersen – in a first for any automotive museum worldwide – took some of the rarest historic cars from land speed, drag, Indy, circle track and sports car racing back to the tracks that made them famous to create a fully immersive experience where visitors can see and hear the cars in first-person action – all backed by the voices of legends like Parnelli Jones, Don “The Snake” Prudhomme and Ed “The Old Master” Pink.

“Legends of LA” is highlighted by a stunning 180-degree panoramic video, which surrounds the collection of race cars and provides an immersive way to experience the fastest race cars ever built in Los Angeles as they are raced on the region’s famed tracks. Featuring vehicles from every major racing type including midgets, sprint cars, dragsters, off-road cars, IndyCars, land-speed cars and road-racing cars, the panoramic video works alongside the display to take viewers on a visual journey down historic tracks such as El Mirage, Willow Springs International Raceway and Perris Auto Speedway. 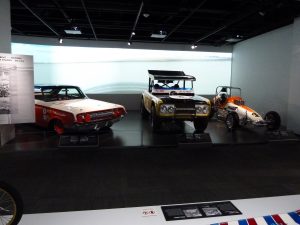 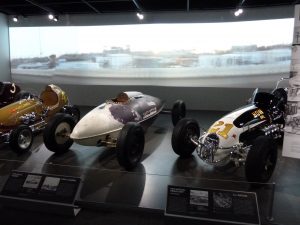 Key vehicles on display include a 1963 Ol’Yaller Mark IX, which was one of the last race cars designed and built by Southern California hot rod legend Max Balchowsky; a 1964 Shelby Cobra 289 FIA, one of five FIA-spec factory team cars that competed in the 1964 World Championship and was raced by Dan Gurney in the Targa Florio; a 1967 Long “Shelby Super Snake” [dragster] with an Ed Pink racing engine, which made history when driver Don Prudhomme accomplished four quarter-mile runs in the six-second range at the 1967 NHRA SpringNationals; and Big Oly, a 1970 Ford Bronco which was raced to a back-to-back victories at the Baja 1000 in 1971 and 1972 by the legendary off-roading team of Parnelli Jones and Bill Stroppe.

“From the early years of auto racing to today, Los Angeles has played a key role in the development and growth of motorsports in North America,” said Executive Director Terry L. Karges. “Our new exhibit honors the region’s rich history through some of the finest examples of race car engineering and design, telling a comprehensive story about the legends that helped establish Los Angeles as the diverse racing destination that it is today.” 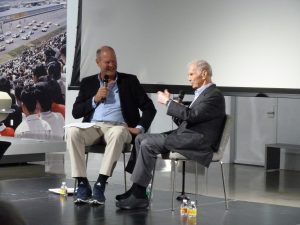 Racer and now TV guy Tommy Kendall, left, ably led a fireside chat style interview talk with the incomparable Parnelli Jones. The storytelling was epic. as is the man himself. 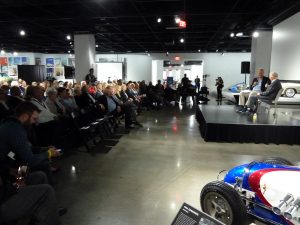 Preceding the public opening, the Petersen hosted a formal cocktail reception and media preview on Thursday, November 8, 2018. The evening paid homage to LA-based racing icon and race car constructor Parnelli Jones, a motorsports legend known for his victories in nearly every major auto racing event in the United States. Jones, whose voice is featured in the gallery video, was praised on stage while guests bid on his signed racing memorabilia during a silent auction. 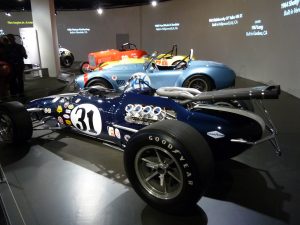 This ever handsome Gurney Eagle Indy racer was born, bred, and also built in Southern California 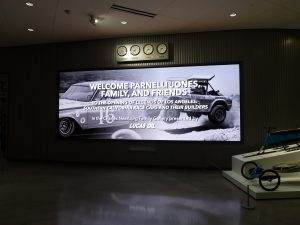 “Legends of Los Angeles” will run through December 1, 2019. To learn more about the new exhibit or the Petersen Automotive Museum, please visit www.Petersen.org.

ABOUT THE PETERSEN
The Petersen Automotive Museum Foundation is a non-profit 501(c)(3) charity. The Museum is located at 6060 Wilshire Boulevard (at Fairfax) in Los Angeles, California, 90036. Admission prices are $16 for general admission adults, $13 for seniors and students with ID, $8 for children ages 3 to 12. Active military with ID, personal care attendants and children under three are admitted free. Museum hours are 10 a.m. to 6 p.m. For general information, call 323-930-CARS or visit www.Petersen.org.