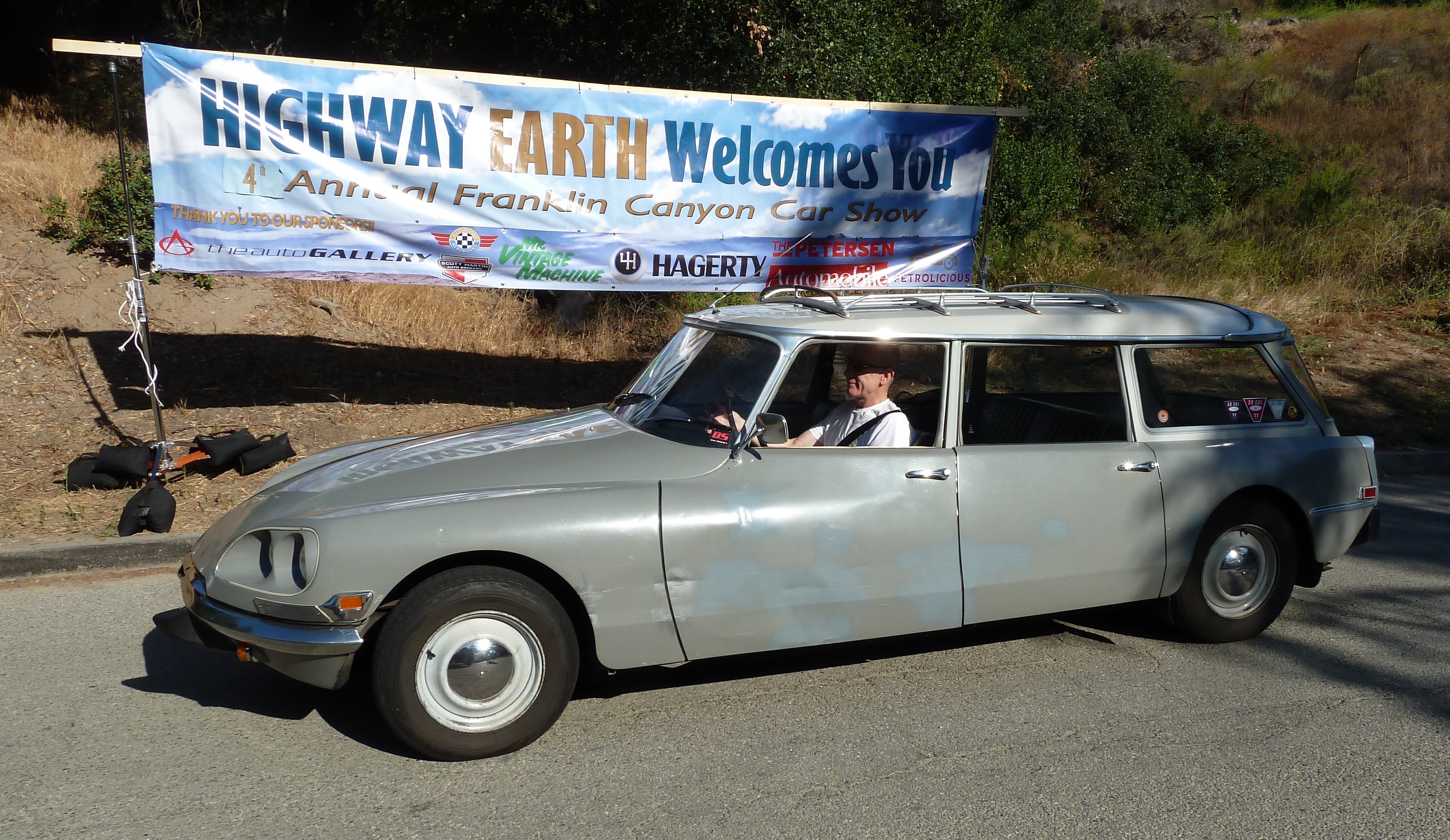 This is the greatest car show you’ve likely never heard of or been to. 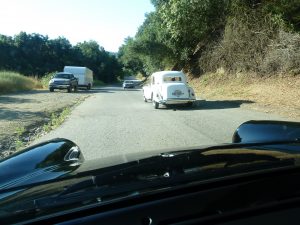 Here I am on Highway Earth, following and being followed by cool cars during the morning load in.

My friend, master photographer Evan Klein, wanted to create a low stress, no hassle car show to celebrate all cars, and the car community of great people, at a wonderfully historic place high atop Beverly Hills called Franklin Canyon Park (and Lake).  If you are old enough to have ever watched the Andy Griffith Show, its opening scene, with Andy and his “son” a very young Ron Howard, are walking through the park with fishing gear, you might sorta kinda recognize it. 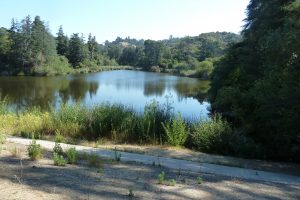 Its a nice, flat, easy, tree-line walk around Franklin Canyon Park Lake, part of what makes this event so great.

Part of what makes this location so cool is a large natural lake right in the middle, around which rings a one mile, one way road, with several turnouts, that will hold some number of cars.  Some of these parking spots are large and will hold dozens of cars, some large enough for only a few.  Even jogs in this park, and/or walks his dogs there, and just felt it was a natural.  So four years ago, he birthed the idea of Highway Earth (you remember the song “Life is a Highway” which may or may not have had any inspiration on the show’s name). The idea is that everyone and nearly any car, truck, or bike, is welcome and there’s no judging, no trophies, no hassle.  Very family, bring the pets and bring the kids, and such.  It only costs a few bucks to enter your car, and admission is free.  What’s better? 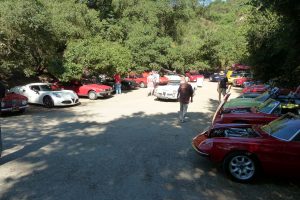 All the Alfa dogs gathered in one particularly large turnout for their own concours. Nice stuff here. 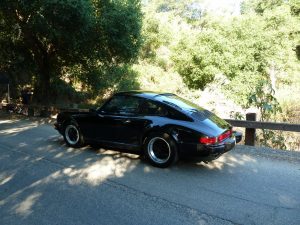 My shady spot didn’t stay shady past about 10:00, but was pretty no matter. 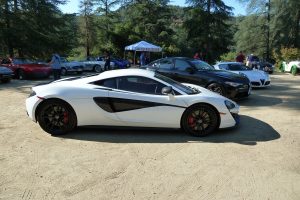 Plenty of “fast and dangerous” hardware on hand, although I don’t recall a single Ferrari, which is too bad because so many great ones live within a few miles of this park. 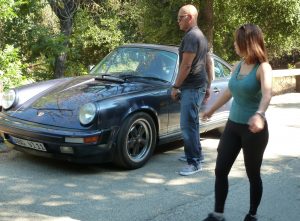 Not just a guy thing; this raspy sounding Porsche Turbo belonged to and was driven into the show by this attractive young woman — you go girl. 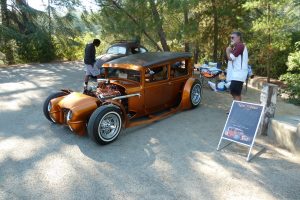 This dazzling early 60s style show rod was named “Rod”riquez, built around a 1930 Ford Model A body, but completely custom beyond that.

This year was full packed, around 150 cars I’d guess.  The Alfa Romeo Owners Club of So Cal also hosted its own judged concours “show within a show” there, and had a large turnout packed with great looking Alfas.  Plus lots of everything else…old Citroens, Volvos, muscle, BMWs, a superb round up of Corvairs, a few Corvettes, blah and blah. 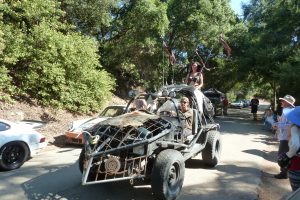 For a second I thought I’d stumbled through a Sons of Anarchy film set, as this group of folks brought three “Mad Max” inspired vehicles. Here comes their High Priestess on a theme-appropriate chariot. Something for everyone at this show. 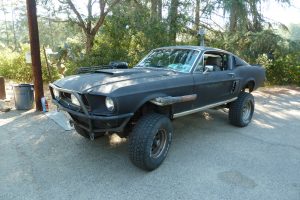 Frank Bullitt’s Mustang meets Mad Max. Not everyone’s deal, for sure, but these folks enjoy their cars, and do their own thing. 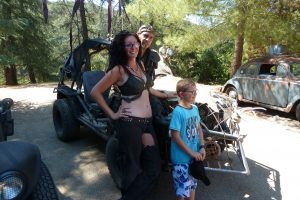 I don’t recall the name of this group, but they’ve appeared on Jay Leno’s Garage show, and are very friendly, happy to pose for photos, and equally generous about inviting folks or their kids to hop into their cars for the photo opp. You may or may not care for purple hair or piercings, but this woman is very tall, attractive, and friendly. I like these guys.

But nothing about this day was blah.  It was cool and comfy in the morning, but got pretty warm after lunch (glad there was a guy on hand making and selling wonderful root beer floats).  Among the things Evan loves to do at his show is a big group photo of all the attendees, and he also draws a raffle for one on one photo shoots of your car — not often you can get your car staged, shot, and lighted by a pro — at no cost.  Very popular.  He also shoots, writes, edits and produces a “program” magazine given out each year, showing highlighted cars for this years show, and some snaps and stories from the year before. 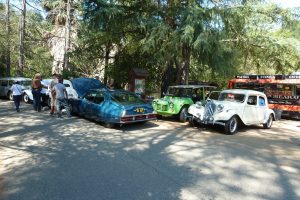 Welcome to Citroen corner. Where else but here would you see two Traction Avants and three rare Maharis? 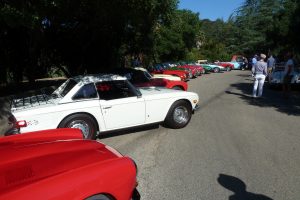 The modest entry fees don’t quite cover Evan’s costs, so there are some great sponsors that make up the diff, and they are: Petrolicious.com, Hagerty Classic Car Insurance, The Petersen Automotive Museum, Scott Martin Auto Brokers, Mothers Waxes, Polishes, and Cleaners, Autobooks-Aerobooks books store in Burbank, the Auto Gallery dealerships, Mr. Vintage Machine, and Automobile magazine.  Thank y’all for being involved. 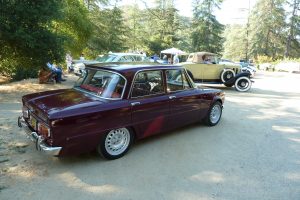 I apologize for not including some photos of Evan the man himself, as he deserves the recognition, but here’s his fabulously restored Alfa instead. 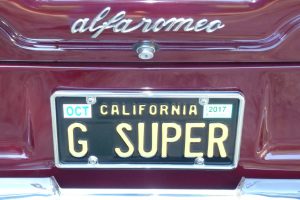 You must attend, or enter next year, as everyone is quite sure there will be Highway Earth 5, keep up with the happenings at www.HighwayEarth.com. 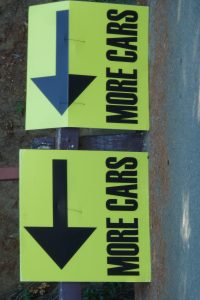 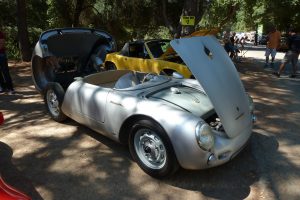 And along came a Spyder…this 550 Spyder rep really looked the part and drew lots of attention, as a young James Dean lived only a few miles from this park. 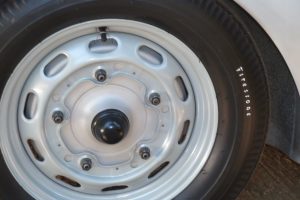 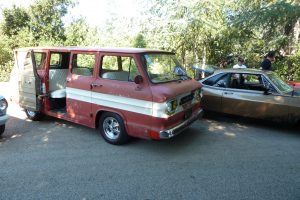 There’s always at least one Corvan at this show every year, and this one looked just right.

Corvair display this year was truly impressive. Most would consider the Appliance Wiremag wheels on this blue coupe to be dated, but they actually looked just right on this car, notice racy stance. 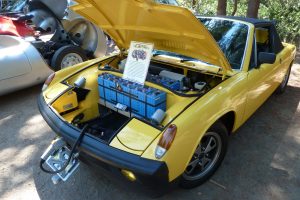 Electric conversion on this Porsche 914 was immaculate, the wiring and electronics looked very well engineered. I’d like to drive it. 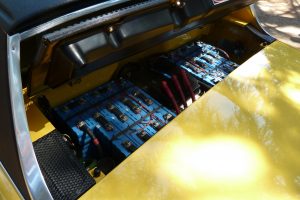 Among the things that make a 914 so perfect for this treatment is that they are light, handle well, and offer so much room for the batteries and all the electric bits; the front trunk area, plus the normal spot where the engine would be. Nice clean job was this one. 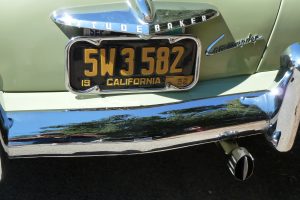 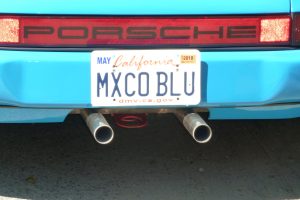 …is indeed a classic Porsche color that still totally works on a new car or old. 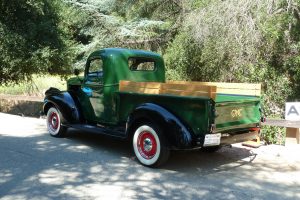 Should Pebble Beach ever open up a class that allows 1947 GMC pickups, then this one should be there and would win best in class. Immaculate, near perfect restoration without being overdone. 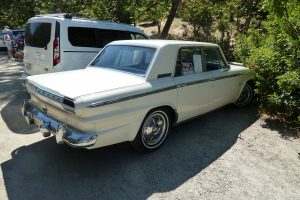 As with most car shows, you find the coolest stuff out in the parking lot. This cruiser Stude was nicely restored and ready to go, and for sale reasonable. 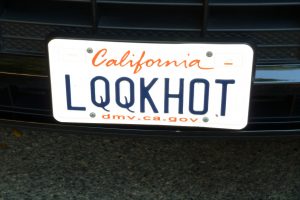 and nearly everything at Highway Earth did…hope I meet you there next year.