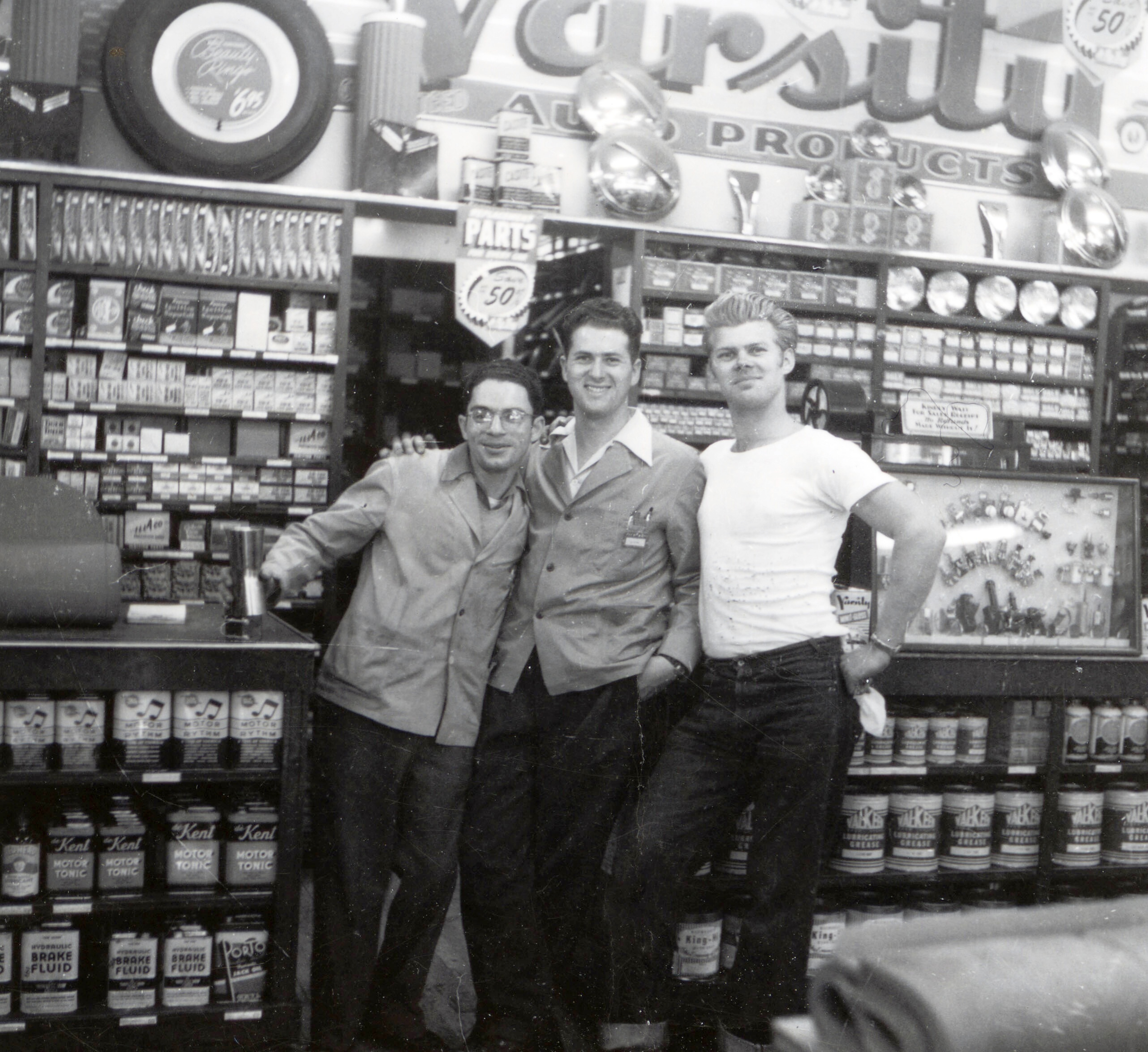 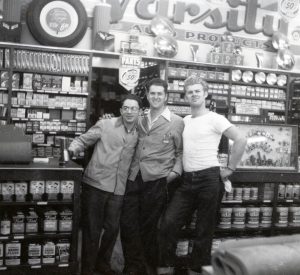 Don’t know the guys on either side, but my father Milton Stone is the man in the middle, literally

Nearly everyone, with a good experience in their youth to recall, claims their dad was the greatest.   Not meaning to disparage anyone’s pop, mine could compete with any of y’all’s, I promise.  A heart of solid gold, strong morals, and a diligent work ethic, and so much more, made him so much more. 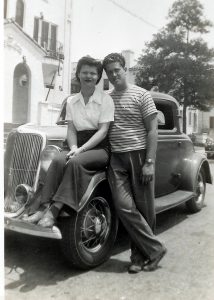 The Greatest of The Greatest Generation, my folks, Bella P. and Milt Stone and their ’34 Ford 3-window coupe

Born in 1924 (as also was my late great mother, Bella) he/they were members of The Greatest Generation — born in L.A., grew up during the Crash and the Depression, served during WWII, birthed and raised baby boomer me and my sister Marla, was a good husband and generally lived a good life.  I miss him daily.

I thought you would enjoy the photo (above and on the lead of this post) of him a a couple of workmate buddies.  Dad’s first post-WWII job was as a counterman at Pep Boys in Whittier California, not far from my folks’ East LA area home.  Dad prided himself on being able to know part numbers by memory without having to consult the big giant parts book on the counter.  He also hot rodded and tweaked up his cars with stock from the Pep Boys inventory; hubcaps, mufflers, radio antennas, tires, chrome exhaust tips, air filters, and maybe some hop up parts too.  I suspect most of that he paid for, and some of it magically evaporated from the inventory. 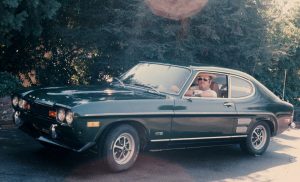 My dad during his “sporty car” phase in his ’72 Mercury Capri V-6 4-speed. Check out that hat and the Polaroid Cool Ray shades!

No matter, I’m the rabid car guy (and hopefully good dad) I am today because of dominant gene transfer from him, and for that I’ll always be thankful.

So dad, wherever you are Up There, just want you to know I’m thinking of you, and will of course love you forever.