Hangin with cool peeps at Barrett-Jackson 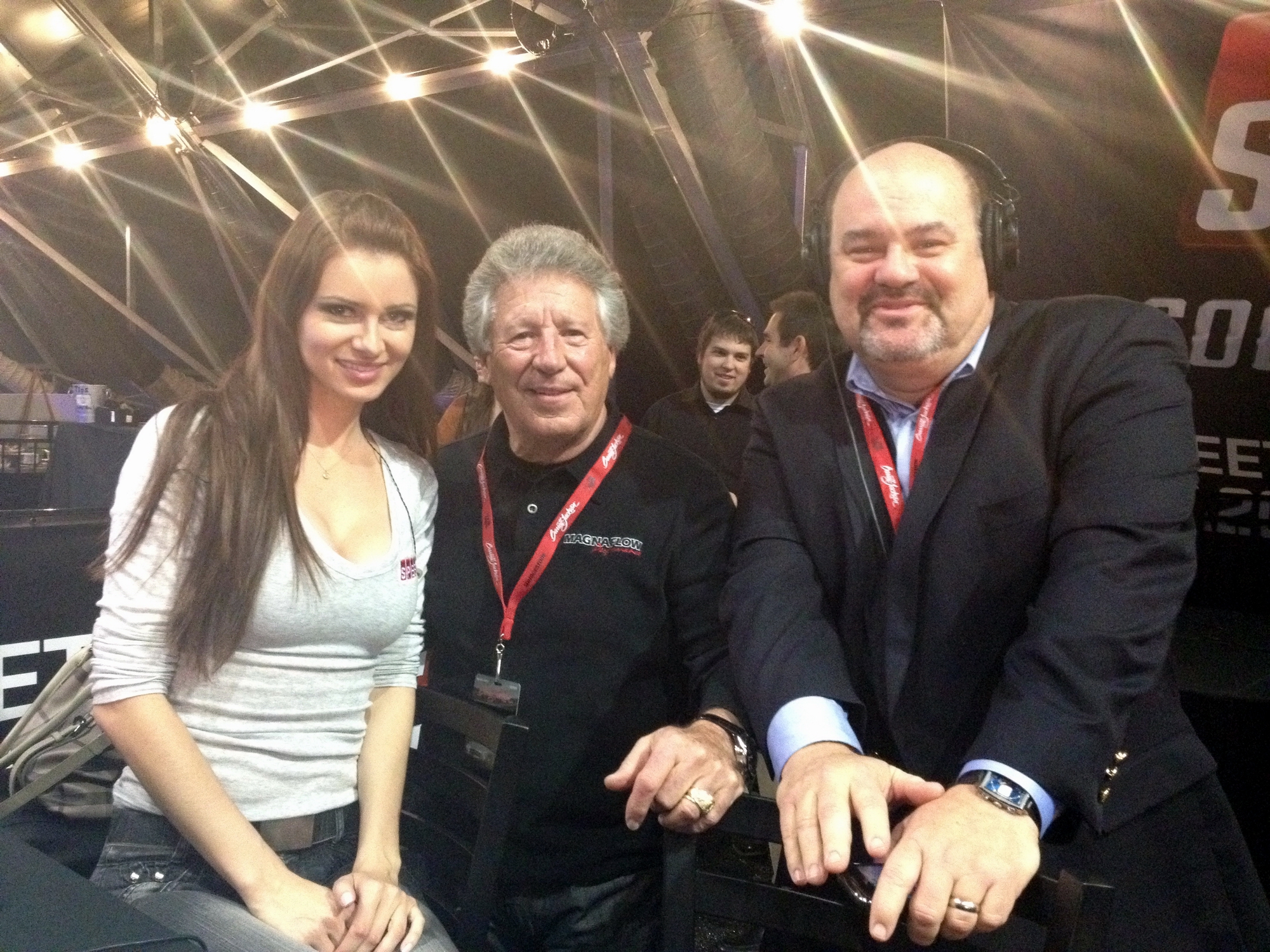 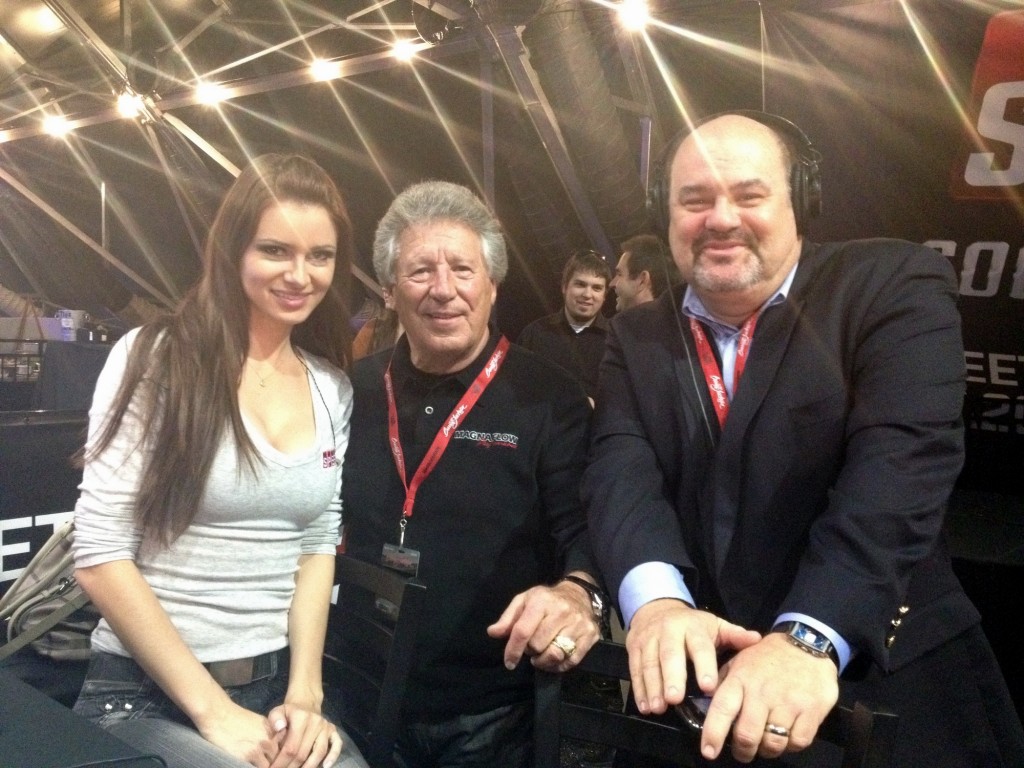 From left, Maxim magazine's April Rose, Mario Andretti, and Me

I apologize if this sounds like name dropping, but I was so jazzed to connect with so many special peeps and friends while working the Barrett-Jackson Auction in Scottsale for SPEED television.  Looking at this photo, I’m the fat guy on the right.  At far left is fabulous Maxim spokemodel April Rose, who also does work for SPEED and joined our broadcast team for this auction and hopefully more.  The good looking Italian with the great hair, in the middle is of course my friend and hero the incomparable Mario Andretti.  Mario was there at the behest of Magnaflow, one of his corporate sponsors, helping sell a car for charity.  It was a dazzling new Camaro, that, IMHO didn’t bring quite the money it should have.  In a seriously magnanimous gesture, the buyer approached Mario, stroked out a check for the entire amount of his purchase, and redonated the car to the charity to be resold again, mostly likely at Barrett-Jackson’s Palm Beach sale in April.  That means the charity, Wounded Warrior Project, gets a double whammy and 100% of the proceeds of both sales (as Barrett-Jackson takes no commissions from either side on charity sales).  Mario was touched beyond words, and while he and the Magnaflow folks were happy with the first $75,000 sale, the chance to resell the car and hopefully (at least) double the donation, about put my favorite Indy 500 winner and F1 champion over the emotional edge.  Hopefully I’ll get to have him back up in the SPEED broadcast booth in a few months to resell the car for big money.  The generous buyer had no particular agenda, other than that this gentleman was a big Andretti fan and wanted to do something to help, and somehow thank Super Mario for what he’d accomplished in his career.  How nice is that!  And lest you think of Miss Rose as merely fluffy eye candy for our SPEED telecast (don’t go there, I’m telling you).  Even though she doesn’t know a lot about cars, she’s a good feature broadcaster, very sweet and smart.  I enjoyed her as a teammate this year.  Photo courtesy my friend, racer and also SPEED dude Justin Bell, who races in the Rolex 24 at Daytona this coming weekend, wish him luck.

And thanks for stopping by my blog.