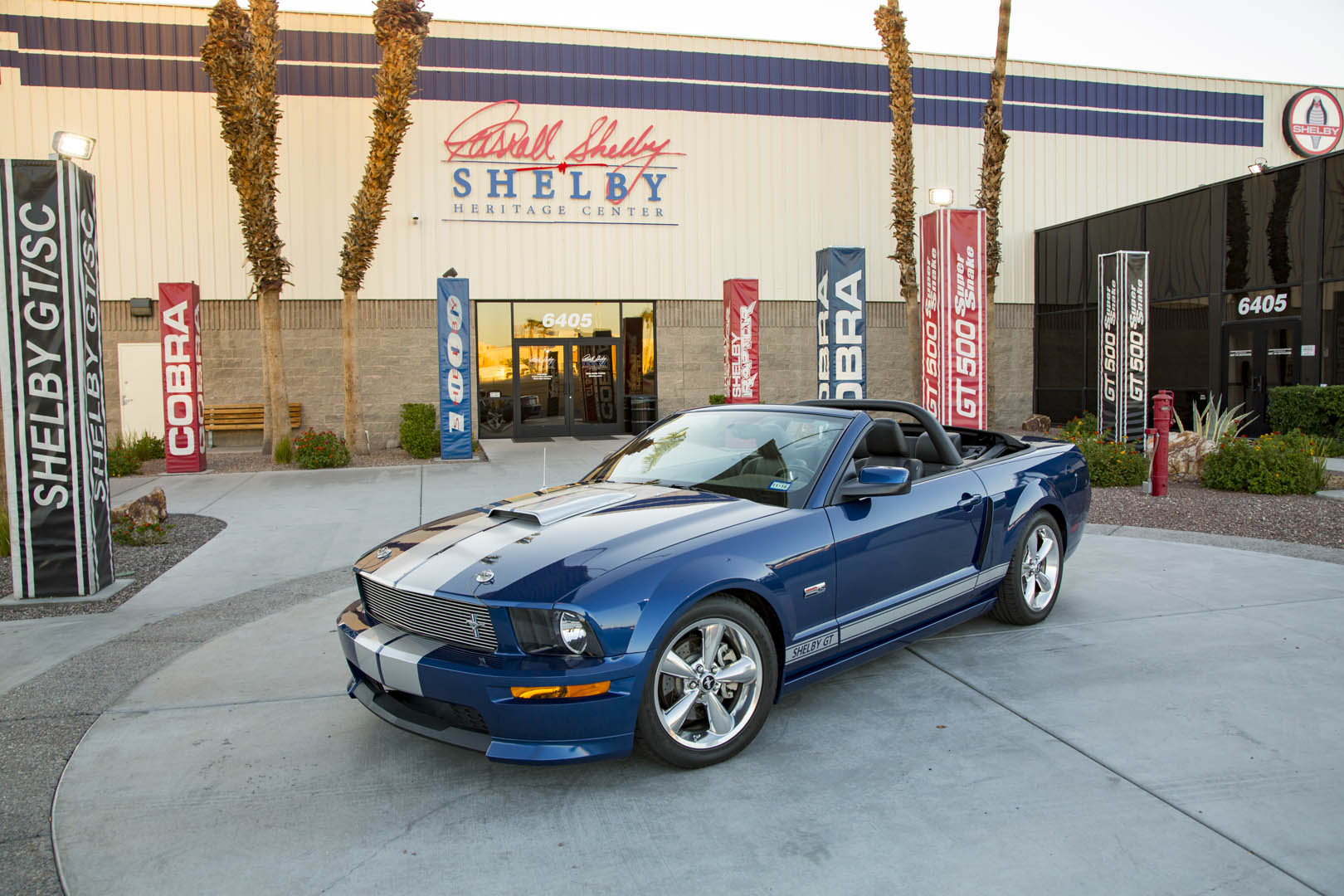 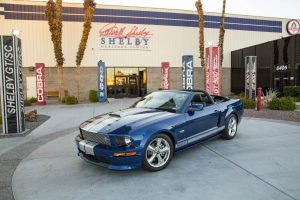 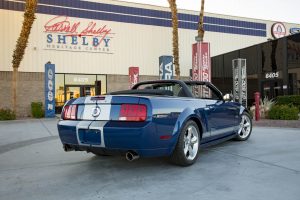 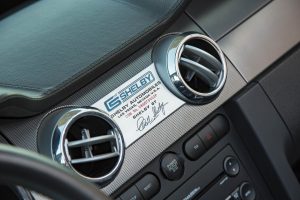 The car, (CSM08SGT0003P) is also the prototype for the first retail Shelby built Mustang-based convertible since 1970. Aaron Shelby, Co-President of the Carroll Shelby Foundation will drive the car onto the auction block, a decade after his grandfather, Carroll Shelby, piloted it for press activities. 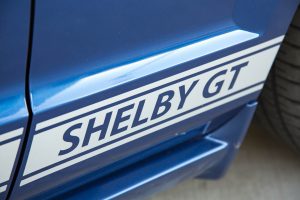 “The Carroll Shelby Foundation has been helping kids with the race for life since 1991,” said Aaron Shelby<http://shelby.com/?topic=aboutus&art=21520>, Co-President of the Carroll Shelby Foundation. “We’re selling the Shelby GT prototype driven by my grandfather to help raise money for the charity that he loved. Those funds will give financial support to children and the medical professionals who help them overcome life-threatening health issues. Some of the money will also promote continuing educational development through initiatives like the Carroll Shelby Automotive Technology Program.” 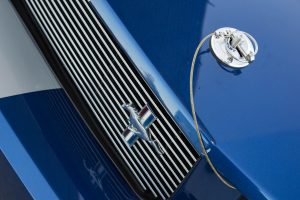 In 2007, Ford Division, Carroll Shelby and Ford Racing joined forces to create a retail version of The Hertz Corporation Shelby GT-H coupe called the Ford Shelby GT. All 2007 Shelby GTs were coupes and only available painted white or black. 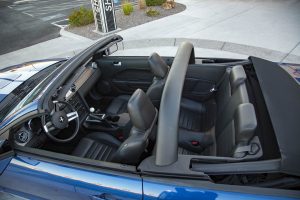 The duo of Ford and Carroll Shelby brought open-air excitement to the road for the 2008 model year as the Shelby GT returned with a new convertible body style and a new standard color combination. Like all Shelby models, production was limited to assure exclusivity for collectors.

At the time, Carroll Shelby said, “The Shelby GT was engineered for people that put performance first. Working with Ford Racing, we created this Shelby to be an everyday driver that’s tuned for fun at the track. Those who value a well-balanced package will appreciate it. Those who don’t will be left behind staring at its tailpipes.” 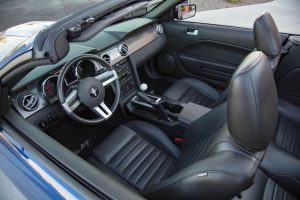 Each Shelby GT began life as a specially-equipped Mustang GT assembled at the AutoAlliance International assembly plant in Flat Rock, Michigan. The cars were shipped to the Shelby Automobiles facility in Las Vegas for transformation before delivery to Ford dealerships nationwide.

Shelby added key aerodynamic enhancements, a Ford Racing Power Upgrade Package to pump up the horsepower and torque, Hurst short-throw shifter, sport tuned suspension and 18” tires. Each car featured an authentication plate on the dash, as well as a matching tag under the hood for documentation in the official registry. Only 2,214 total 2008 Shelby GT coupes and convertibles were built.

“This particular car was both the prototype for the 2008 Ford Shelby GT pre-title pony car, as well as the prototype for the first retail Mustang-based Shelby built convertible since 1970,” said Gary Patterson<http://shelby.com/?topic=aboutus&art=21496>, president of Shelby American. “And since the Shelby convertible was built just as the 2008 cars went into production, it is actually based on a 2007 model year Mustang. This makes it very, very rare since a convertible Shelby GT was not offered in 2007”

A total of 583 production 2008 Shelby GT Vista Blue convertibles were built; the only prototype was equipped with:

This blue with silver striped Shelby was the company’s official press car. It was photographed for all media photos, which were distributed worldwide and appeared in every initial article about the Shelby GT convertible that year. Personally driven by Carroll Shelby for promotional purposes, the car starred in stories published by major automotive outlets such as Motor Trend, Road & Track, AutoWeek, Car & Driver, Automobile and Mustang Monthly.

“This is a historically important car because it represents a return of the Shelby ‘small block’ convertible to Ford dealerships, as well as the final year of the pre-title manufacturing agreement between Ford Motor Company and Shelby for the Shelby GT program,” said Neil Cummings,<http://shelby.com/?topic=aboutus&art=21515> Co-CEO of Carroll Shelby International, CEO of Carroll Shelby Licensing, and Co-President of the Carroll Shelby Foundation. “The winning bidder will own a car personally cherished by Carroll Shelby, as well as having the satisfaction of contributing to the charity that Carroll so loved.”

The 2008 Shelby GT owned by the Carroll Shelby Foundation is scheduled to cross the Barrett-Jackson Auction block on Friday, January 19, 2018, between 1:30 and 3:30 pm central mountain time. 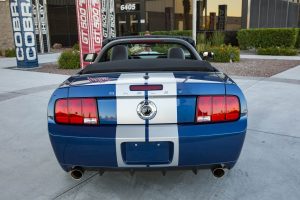