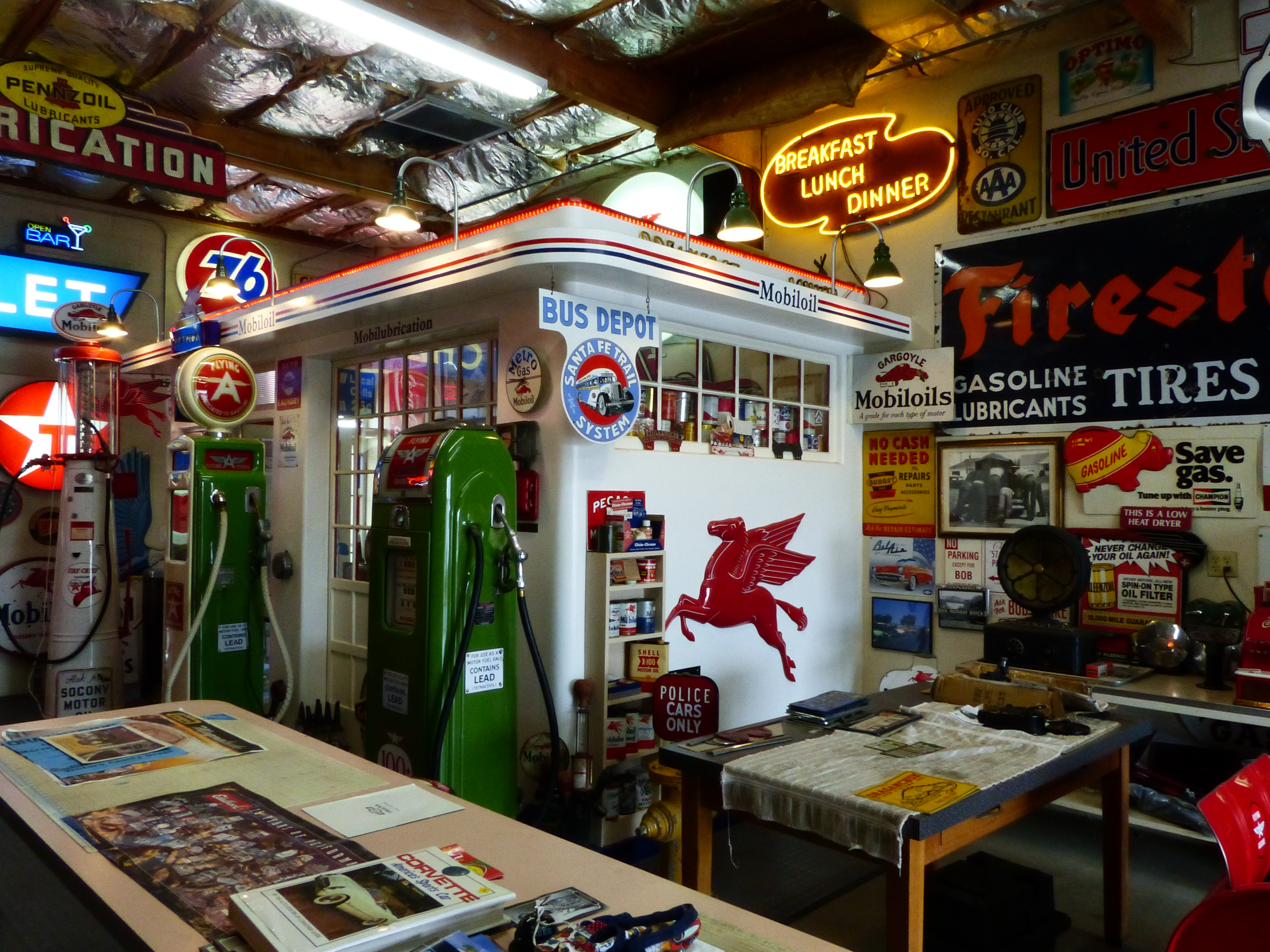 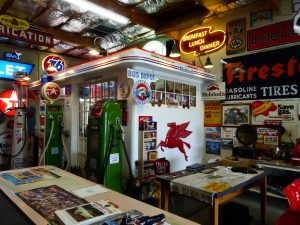 Bob Clarke is a committed car guy to say the least. And his tastes are wonderfully varied, from hot rods to Porsches and a lot in between.
He’s also built himself one damn fine Man Cave in the Ventura County, California area, dedicated to his various collection pursuits.

He’s nicknamed it Bob’s Highway Garage, although it’s not an actual working commercial repair shop, as it is strictly private in that regard. This industrial condo complex was initially intended for small shops and production companies.

Over time it has migrated to a community of car enthusiasts looking for cave-style garage space. A couple of Bob’s spaces contain a lift, racks of parts, and works in progress. A former laundromat owner and real property investor, Clarke is now mostly retired and keeps himself busy in various automotive pursuits.

Clarke is an admitted hot rodder but has since discovered and become enamored with the quality and engineering in Porsche 911s. He’s diversified this passion between (so far) one old-school air-cooled 1972 911, which is undergoing a complete restoration as this is written. It will feature a thoroughly refreshed and upgraded flat-six running a factory Bosch MFI fuel injection system.

His other 911 is a newer water-cooled model, that being a 2014 911 50th-anniversary edition. These are limited production Porsches; just 1963 of these 991.1 generation Anniversary cars were built in only two colors. These admittedly special cars were instant collectibles the day they were produced and are even more highly sought after now.

They are a tasty amalgam of RWD 911S and C4S components and configuration, packing the 3.8-liter 430 hp flat-six, served with your choice of PDK or old school stick and clutch 6-speed manual gearbox.

While remaining strictly a rear-wheel drive model, the 911 50 borrows the wide-body fenders and flares configuration of the C4S model. Further demonstrating how quickly the Porsche virus can infect any enthusiast, Clarke admits that he willingly sold two of his hot rods to buy this special 911.

Don’t worry, he still has a beautiful restomoded ’57 Chevy coupe to scratch the hot rod itch and for cruise nights.

All of Clarke’s cars, no matter their country of origin, find a comfy home in Bob’s Garage. He’s a hands-on enthusiast too, doing much of his own work himself (although he does rely on specialists for things like pain and body, engine and trans rebuilds, fuel injection pump overhauls, and such).

He does first-class builds too; much of the ’72 911s bits are scattered around one of the shop spaces; freshly cad plated, chromed, or powder coated, awaiting the return of the car from the paint shop for re-assembly.

The shops are charming, one particularly chocked full of porcelain signage, neon, lighted signs, vintage gas pumps and Petroliana, and a wonderful collection of old-time ephemera – and yes, the beautifully restored vintage Coke bottle dispenser is full and works perfectly (some of its contents are soda, while the rest is bottled beer).

Some of the signs (lighted, neon, and otherwise) are beautiful and authentically restored. In contrast, others still proudly wear their original patina – faded paint and bullet holes, and all. Another space contains a shop-quality four-poster lift, and a third is a bit less decked out, serving as the primary workshop and parts storage.

What’s next in Bob’s garage? We don’t know because he doesn’t either. His tastes are varied, his enthusiasm genuine and infectious, and he certainly has the room and parking space, so anything goes.