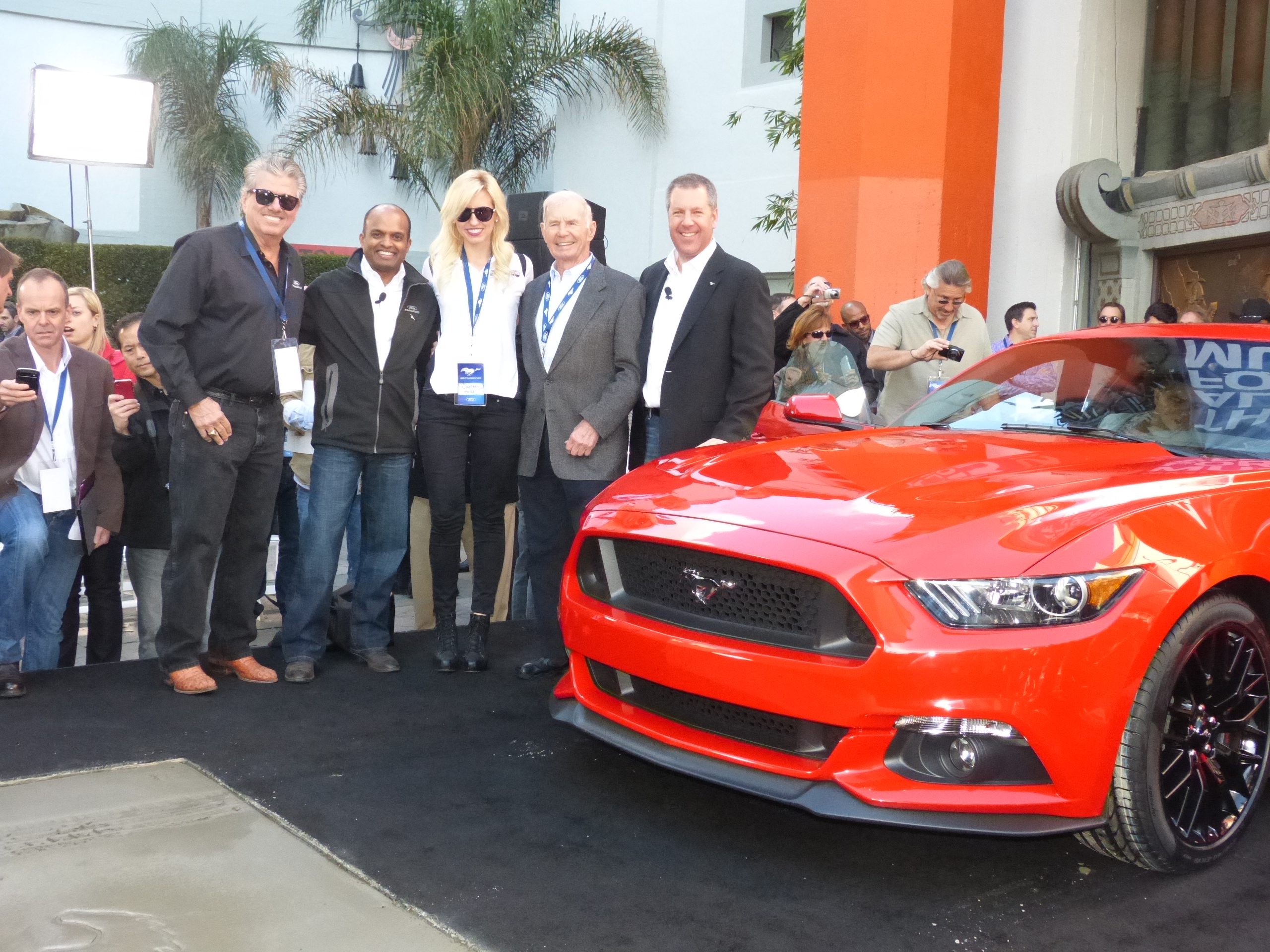 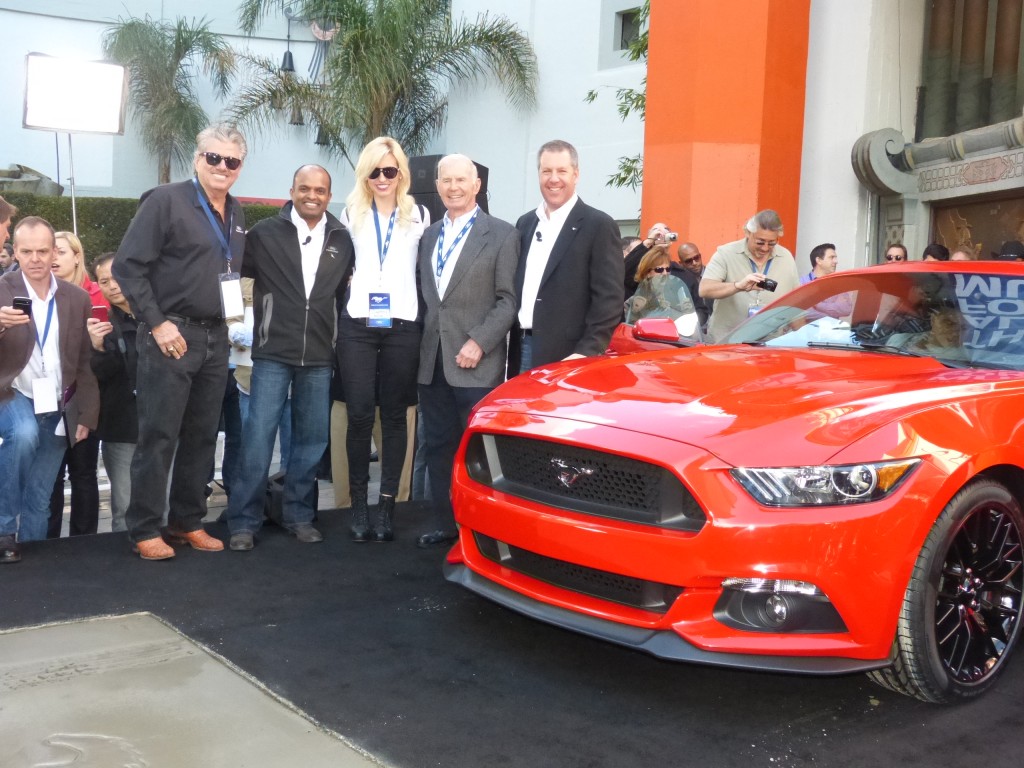 No more spy photos, no more close but not official or correct computer illustrations of what “the next” Mustang is going to look like. As part of a time honored Hollywood tradition, the new Mustang made its world debut in SoCal yesterday by finally “coming out” and then imprinting its tires treads in cement, along with its famous running horse autograph. The new car looks great, still a Mustang, but smoothed out a bit, with a very fast roofline, steeply chopped rear end, and highly upgraded interior, plus a long-awaited independent rear suspension. There will be three engine choices, an Ecoboost turbo four, a V-6, and a 420+ HP 5.0-liter four cam V-8. Horsepower specs are still being finalized, as the car doesn’t go on sale until the fall of 2014. In the mean time, the current model soldiers on as a 2014 model. 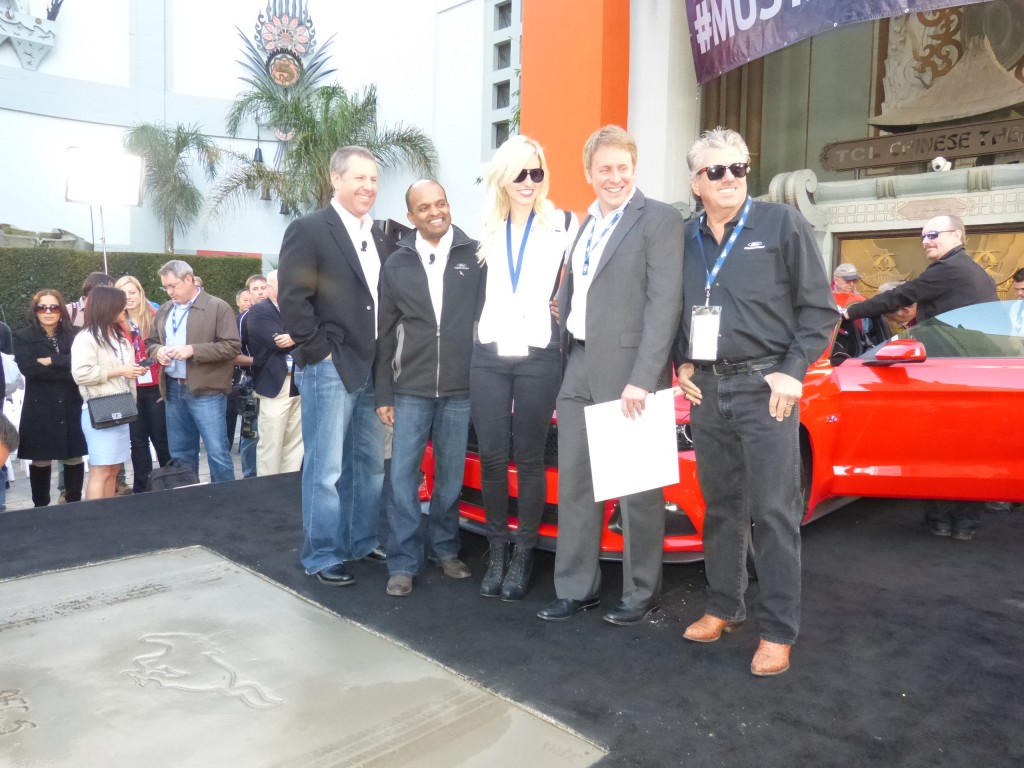 Now you get a better look at the celebrated cement footprint block, plus Henry Ford III, second from right, joins the crowd in Parnelli’s place.

It was a helluva a party, wish you’d been there.