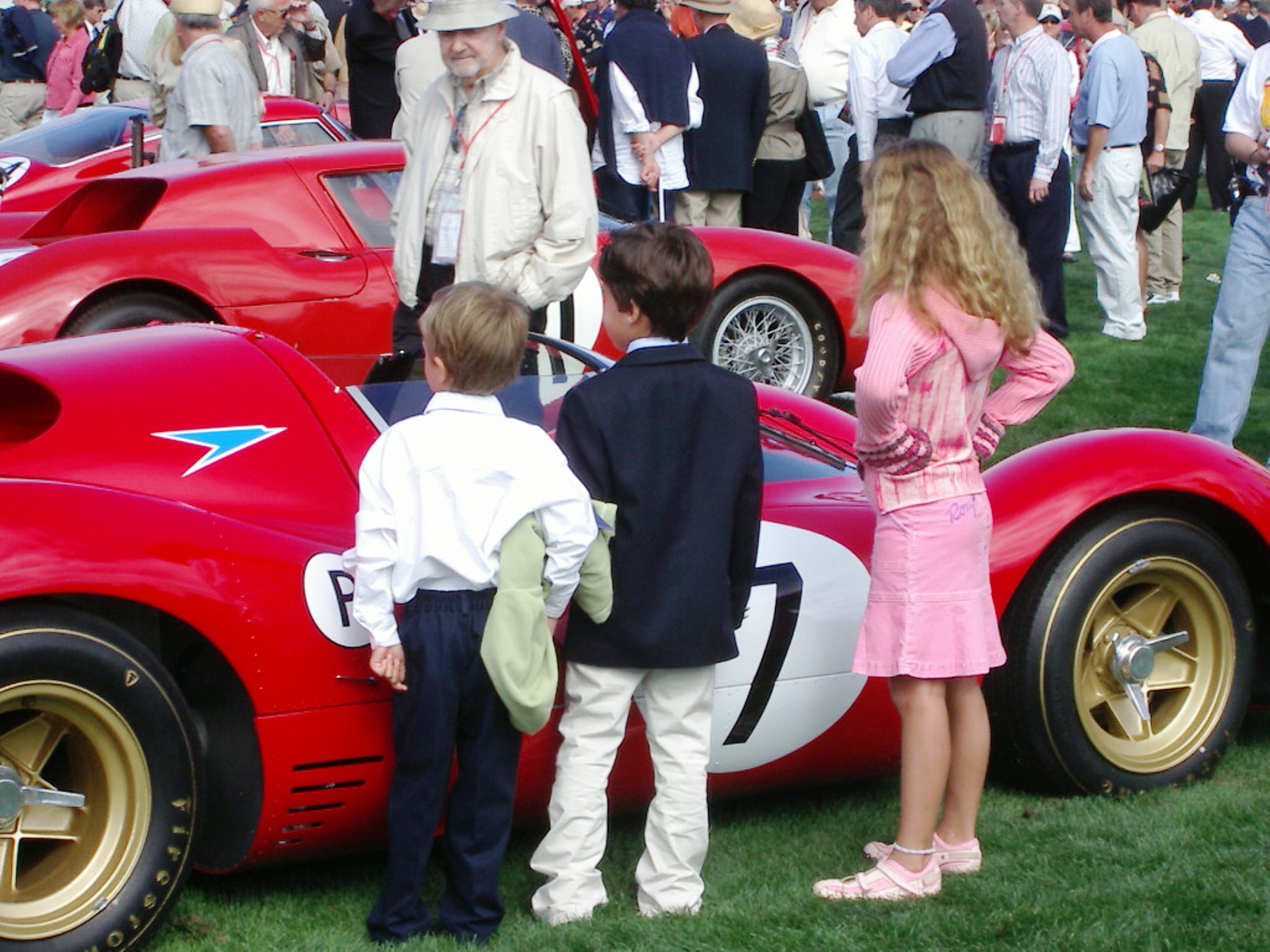 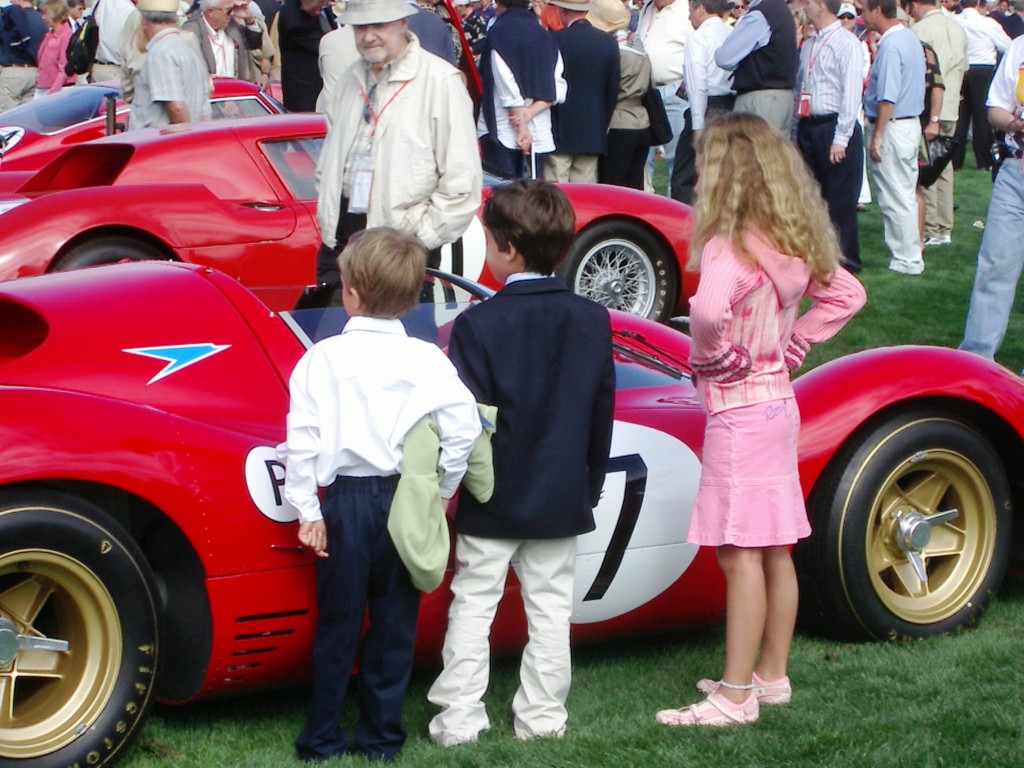 Please let me share with you a little story, that causes me modest concern.

Two young dudes were hanging out in the driveway.  Dude One, leaning against his car, lamented to the other, “ Dude – I need your help.  I just can’t get it to run right.  I’ve downloaded fresh software from the factory, I’ve run all the diagnostics, shut it off and on to reboot the memory a dozen times, done every adjustment I know how to do, and it still ain’t right!  It’s really bugging me.  You’re better at this stuff than I am, can you help me?” Dude Two contemplates the problem, says “let’s have a look” and reaches for the hood release.  “no, dude, it ain’t the car” Dude One screams — pulling out his I-phone 27S – “It’s this!”  He’s all worked up over his freaking phone!

Now, back when I was Dude One and Two, I probably had an issue with some Mustang distributor or another, or trying to sync up the carbs an my friend’s MG.  My concern is that for too many young enthusiasts, their iPad has replaced their ride!  What’s with that!

I am fortunate enough to work with Bob Varsha, whom many of you know as a seriously big game broadcaster, and the former on-camera host of Formula 1 on SPEED.  Bob and I were broadcasting a Barrett-Jackson auction in California last summer, and Bob commented that “there sure is a lot of gray hair out there.”  Which got me wondering – are kids really as into cars as I was 35 years ago?  And will they read classic car magazines, and go to auctions and lust after ’57 Chevvies, BMW 2002s, Ferraris, and Isotta Fraschinis as much as today’s collectors do?  I don’t know that they won’t, but I hope you’ll agree that my imaginary scenario begs the question.

Is there another round of guys like Jay Leno, Bud Lyon, John Mozart, Ralph Lauren, JB Nethercutt, and William F. Harrah who will make their fortune in their business of choice, then invest it, and themselves, into preserving, enjoying, and sharing automotive history like these gentlemen have done?  I sure as hell hope so.

I don’t know about you, but I caught the car bug at a young age, and I strongly feel kids need to be welcomed into the hobby, and captivated by it.  I see every GSM reader as a public relations rep for car collecting, and I ask and encourage each of you to identify a kid or three, yours or someone else’s, who might benefit from exposure to this wonderful afflication called car collecting.  It’s a sickness from which I hope I never recover.  It’s easy; share your cars and your enthusiasm with them, and the mojo will often flow from there.

Let’s talk about two other young dudes, twin brothers in fact.  As kids they wanted to watch the races so bad they used to sneak into the track.  Ultimately they built their own race car without the knowledge of their parents, using their own money, along with some friendly sponsorship from a few locals.  During a race, one of the brothers wrecked bad and wound up in the hospital.  And they both caught hell from their father.  Their names are Aldo and Mario Andretti – two dudes for whom the whole car scene worked out pretty well, most particularly the latter. 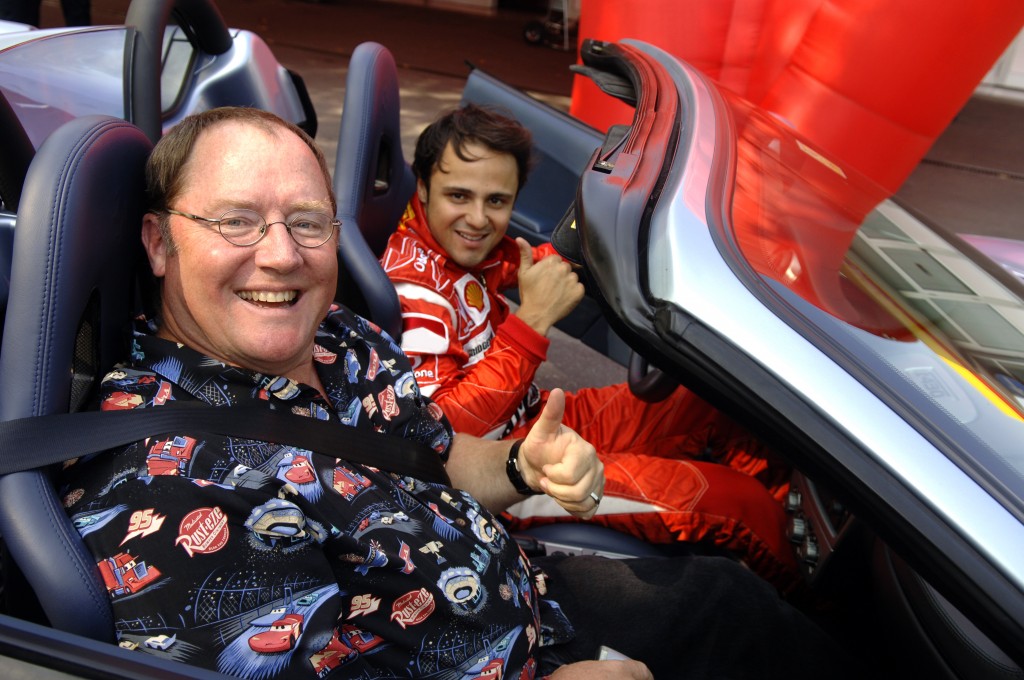 Enthusiastic kids of all ages help the cause; this is Disney/PIXAR’s John Lassitter, with Ferrari’s Felipe Massa

I care not if they’re excited by your big game classic, musclecar, your Shelby, or by a Scion xB.  The most important thing is for younguns to be exposed to the scene, breathe in the germs, and get excited on their own.  If the next generations get swept up, as we all have been, then the future of our hobby, and our cars, is secure.  Remember, the cars will live on as history and works of art long after we’re all gone.  And if you have nothing going next weekend, please, take a kid to a car show.  The well-being of car collecting may depend on it.