When NASCAR went to Le Mans 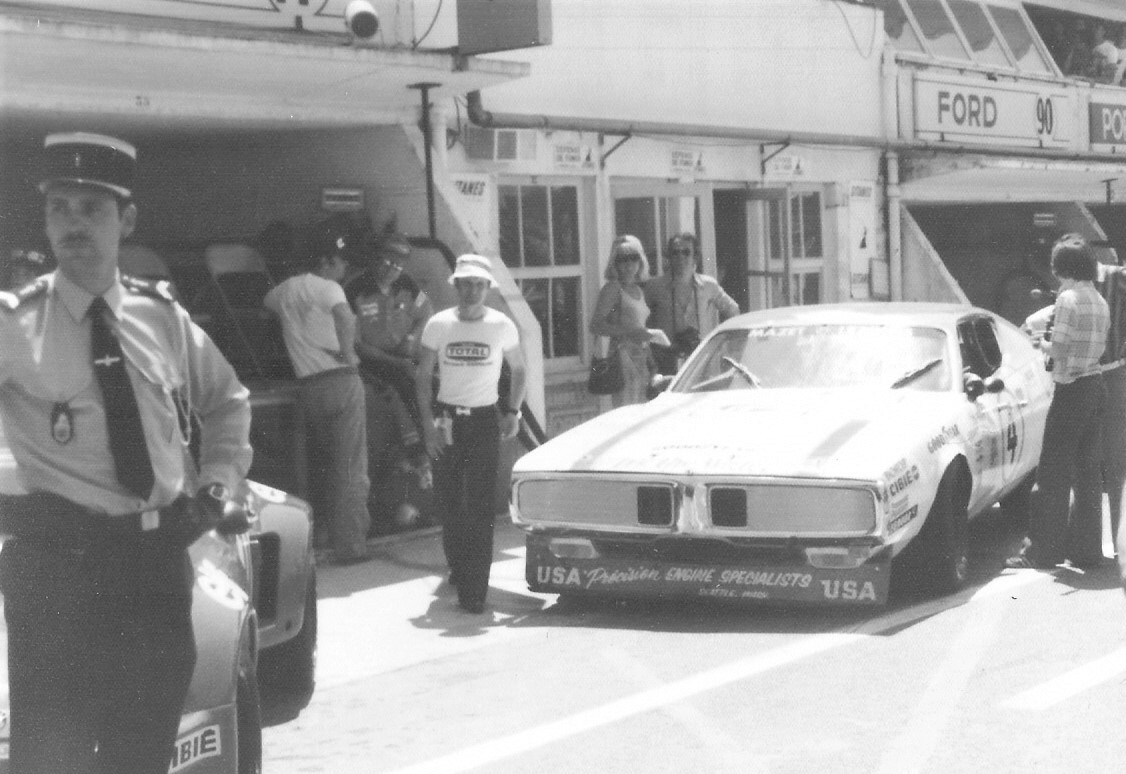 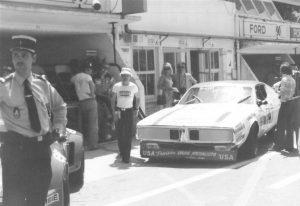 American cars running world stage endurance races isn’t new or unusual.  Previous to the all-conquering Ford GTs, there was Cunningham, some Cadillacs, a variety of Corvettes, not to mention Mustangs, the odd Camaro or so, and Panoz, ad infinitum.  As 2021 marks the 20th anniversary of the tragic loss of The Intimidator, Dale Earnhardt, Sr., who himself was a competent road racer, I recall that in 1976, a pair of unlikely Yankee racers (the people and the cars) attempted a run at the 24 hours of Le Mans with bellowing 3800 pound NASCAR stockers.  It was an interesting exchange of ideas and class rules between the ACO and NASCAR’s ruling Bill France family.

Among them were father and son team Herschel and Doug McGriff of Washington State.  McGriff the elder proved his chops as an endurance road racer by winning the Carrera Panamericana Mexican road race in 1950, plus a passel of road races at fast/curvy Riverside International Raceway.  McGriff was primarily a Chevy pilot in the NASCAR ranks in the 70s, but felt the Dodge Charger’s potentially slipperier profile would be better suited to Le Mans’ many high speed sectors.  So they built up a Charger that son Doug already owned, running a big-block Chrysler V-8 (either a 440 or a 426 “Wedge,” exactly which is unclear) backed by the usual 4-speed manual transmission.  They added exterior rearview mirrors at the request of the scrutineers and other competitors, plus all sorts of headlights and taillights for night racing.  Painted gold and white, and sponsored by Olympia Brewing Company, the McGriffs were Le Mans bound. 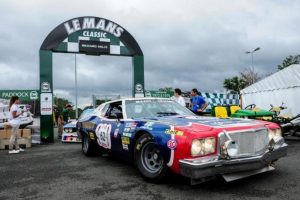 The other was an equally huge Ford Torino entered by perennial independent Juney Donlavey, to be shared by drivers Richard Brooks and Dick Hutcherson. NASCAR and the Le Mans race organizers paid the expenses for the teams and transportation.  In spite of being somewhat fishes out of their native water, both cars were well prepared, and given the addition of the mirrors, lighting, and windscreen wipers, passed tech inspection in straightforward fashion.  The French media affectionately dubbed the Torino and the Charger Les Deux Monstres, the Two Monsters.

The cars and teams proved very popular with the locals, both owner/driver McGriff and Donlavey often commenting about how the cars were always surrounded by fans, who loved and cheered their thundering big-block V-8s.  Unfortunately, the promise proved stronger than the result.  Disappointingly, the McGriff Dodge was the race’s first failure, in the contest’s first hour; the team had built lower compression engines calibrated to 90 octane fuel, and the truth was that the gas they had was more like 82/83 Octane, so the engines detonated and blew themselves up.  The Donlavey Ford fared somewhat better, but finally gave up in the 11th hour with transmission failure.  1976 was the single and only year of the NASCAR/Le Mans experiment.

It is the greatest of wastes, that Earnhardt, Sr., never competed at Le Mans, although he demonstrated his road course and endurance racing mettle at the 24 Hours of Daytona, in a factory Corvette, a car which would go on to dominate the GT ranks at Le Mans for several years – had The Intimidator lived past February, 2001 and continued long haul racing with the Corvette team, the results could have been memorably historic.