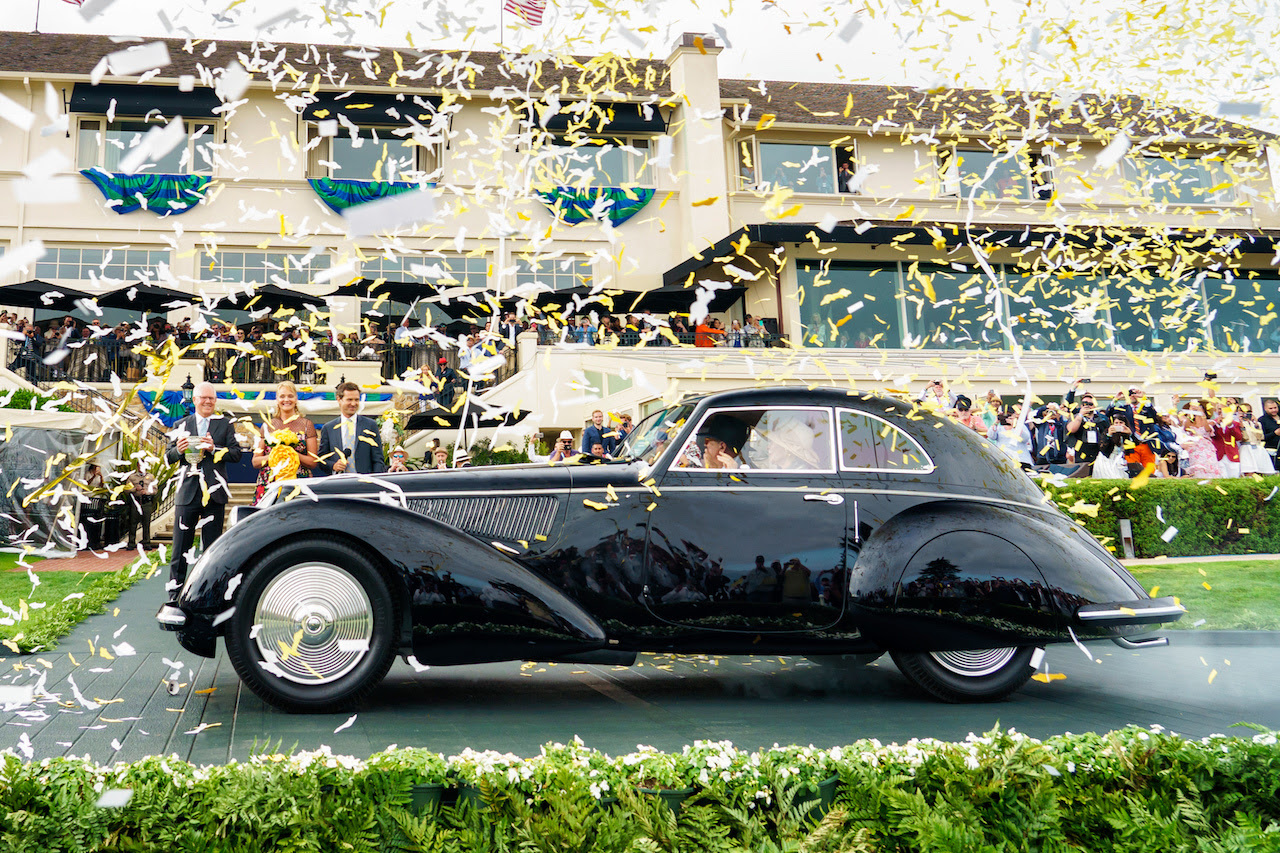 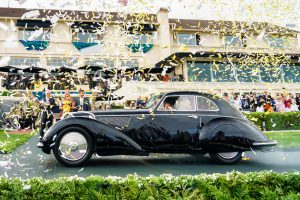 I couldn’t be happier for my friend David Sydorick, taking his first Best of Show win at Pebble Beach with this most deserving and completely fabulous Alfa 8C.  Here’s Pebble Beach’s own press release about the occassion.  And trust me, it was.– MS

PEBBLE BEACH, Calif. (August 26, 2018) — After an intense competition that drew diverse cars from around the globe, the coveted gold Best
of Show ribbon was placed on the deep blue bodywork of a 1937 Alfa Romeo 8C 2900B Touring Berlinetta at the 2018 Pebble Beach Concours
d’Elegance. It was a match meant to be.

“As a Zagato collector, I broke the rules and bought a Touring-bodied car because this Alfa Romeo is very special,” said longtime entrant David
Sydorick of Beverly Hills, California. “It is a piece of automotive architecture mounted on a Grand Prix chassis that has technology that was
top of the line for prewar cars. It’s a wonderful combination. It’s beautiful from top to bottom.”

His Alfa Romeo won its class before competing for Best of Show, and took home two other awards: it received the Charles A. Chayne Trophy
and was named the J. B. & Dorothy Nethercutt Most Elegant Closed Car.
This Alfa Romeo 8C differs from later 8Cs with its more steeply raked grille and lack of running boards. In 2001, this very car was named Most
Elegant Closed Car at the Concours, but since Sydorick’s acquisition, it has received a full restoration and been returned to its 1938 Berlin
Motor Show specification.

“This Alfa Romeo 8C 2.9 has all that one would wish for in a car—speed, style and, frankly, sex appeal,” said Concours Chairman Sandra
Button. “The Touring styling is simply magical, and to top it off it makes all the right noises!”

The Pebble Beach Concours gathered 209 cars from 17 countries and 31 states on the 18th fairway of Pebble Beach Golf Links. This year, the
Concours also raised an incredible $1.8 million for charity. Through the Pebble Beach Company Foundation, the primary charitable partner of
the Concours, these funds will benefit over 80 local charities, impacting the lives of more than 10,000 children annually in Monterey County.
The race for Best of Show this year featured two other strong contenders: a 1929 Duesenberg J Murphy Town Limousine owned by the
Lehrman Collection of Palm Beach, Florida; and a 1948 Talbot-Lago T26 Grand Sport Figoni Fastback Coupé owned by Robert Kudela ofChropyne, Czech Republic.

The 69th Pebble Beach Concours d’Elegance returns to its usual third Sunday of August next year; it takes place on Sunday, August 18, 2019,
and will celebrate the centennials of Bentley and Zagato.