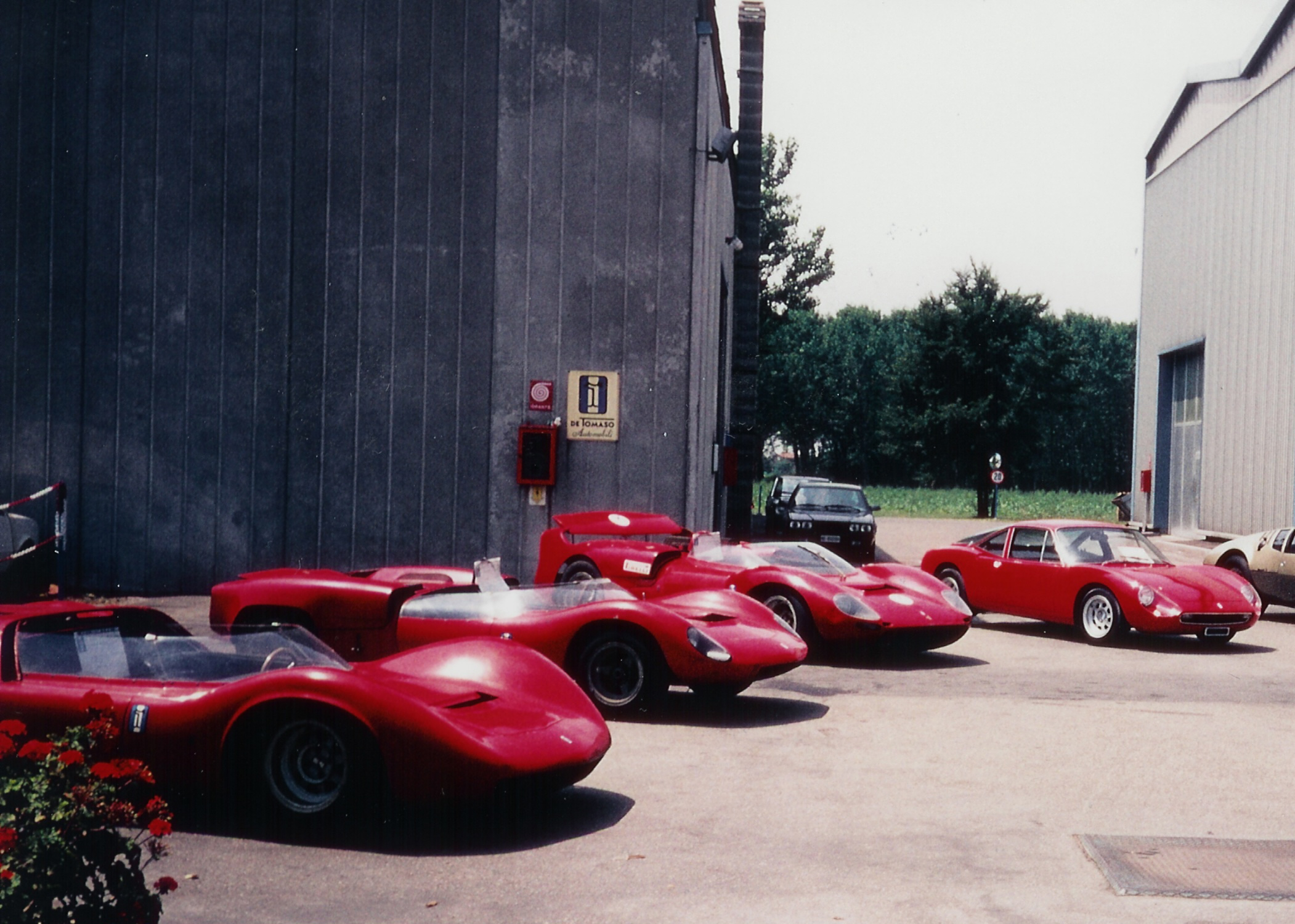 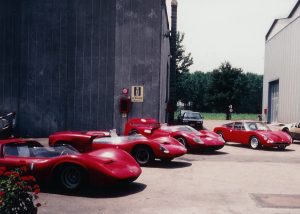 Sports racers and Vallelunga — the DeTomaso Modena factory property in 1990 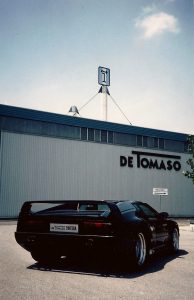 The car I’m most identified with is my ’72 DeTomaso Pantera.  I loved that car, and miss it a lot.  Selling it was likely a mistake, but made sense at the time, although I can’t afford to repurchase it or a similar one now.  But I’m pleased these cars have advanced in terms of enthusiast and market respect, value and desirability.

Among my greater joys that stemmed from owning this car was meeting and become friends with the DeTomaso family, and to visit DeTomaso’s compact yet tidy home base with offices, a design studio, a museum area, car assembly line, parts, and the usual car factory stuff, in Modena Italy, whenever in Italy — my first visit there for a huge car club event/convention in 1990, and many more times just to see the family, what was new,  play with some old cars, and just kick around.  It was an industrially handsome property, sitting not a mile west of the Emilia Romagna region’s A1 Autostrada.  I could find it in the dark without headlights or map. 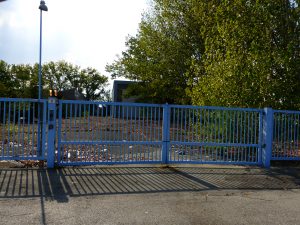 Can’t tell you how many times I anxiously drove through these blue metal gates, when everything behind them was immaculate and, to me, somewhat magical

As the car business ebbed and flowed over the years, and subsequent to Allessandro DeTomaso’s passing in 2003, activity at the company diminished to a crawl.  Car production and income also dried up, and the company fell into receivership.  One sad byproduct of the liquidation process was that this very family company had to give up the factory and property, as it represented much of the DeTomaso Modena SpA’s remaining assets.  The cars and the people left, and Viale Virgilio 9 was shuttered.  The plan was that the Italian courts would at some point resell the property to another and presumably viable business.

I was recently in Italy and decided to drive by for a little trip down exotic car memory lane.  What I found sickened me. 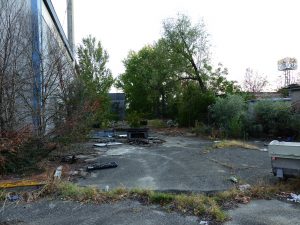 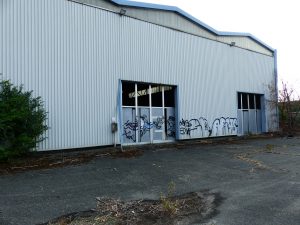 This just hurts me – over time I walked every square inch of this place, and knew it well.

For whatever reason, no new buyer or tenant has taken the property over, which surprised me, in as much as it’s located in a freeway visible, vibrant area combined of a large big box store (Italy’s equivalent of Costco) plus some other shopping, and a multistory office building belonging to the area’s largest grocery company.  There’s no signage to indicate that the former DeTomaso property is for sale, lease or otherwise available – perhaps just the inefficiency of the court system to aggressively liquidate the property. 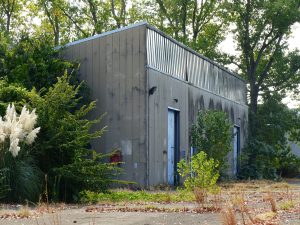 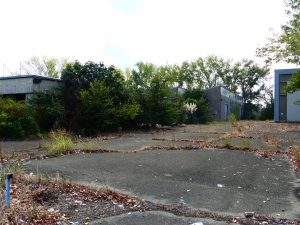 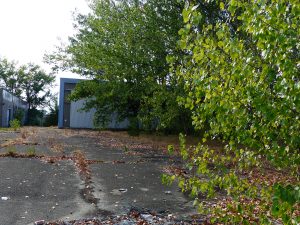 I enjoyed many glasses of wine under these trees, and did more than a few car photo shoots among them too

The once immaculate buildings were covered in graffiti.  Nearly every window was broken out, and the former tree orchard, lawns, and other landscaping (which Isabelle DeTomaso herself used to mow and trim) were massively overgrown.  All of the DeTomaso signage was removed some years back, so if you didn’t know, you’d never guess this used to be an exotic car assembly facility.  I didn’t quite cry, but admit that my chest tightened considerably. 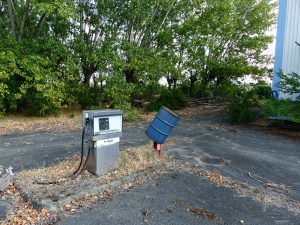 The property even had its own single pump filling depot topping off prototypes, and development engines on their way our for testing

Abandoned car factories aren’t new; Middle America is thick with them.  Having now worked in the automotive space for three decades, I know that things, people, and locations evolve, brands come and go.

But this region of Italy was a breeding ground for small independent race and street car builders (Maserati and Lamborghini aren’t more than ten miles away, Ferrari in Maranello perhaps 25) and of course over time, with the increased cost it takes to develop and build cars to meet today’s safety, technology, and emissions specs it’s difficult for smaller brands to get a toehold, much less thrive. 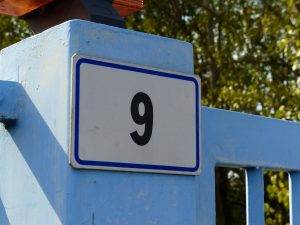 Yet to drive by Viale Virgilio 9 (at Emilia Ovest 1250) in Modena brings back great memories, even if the present hurts more than a bit.