The Things People do to/with/in Cars 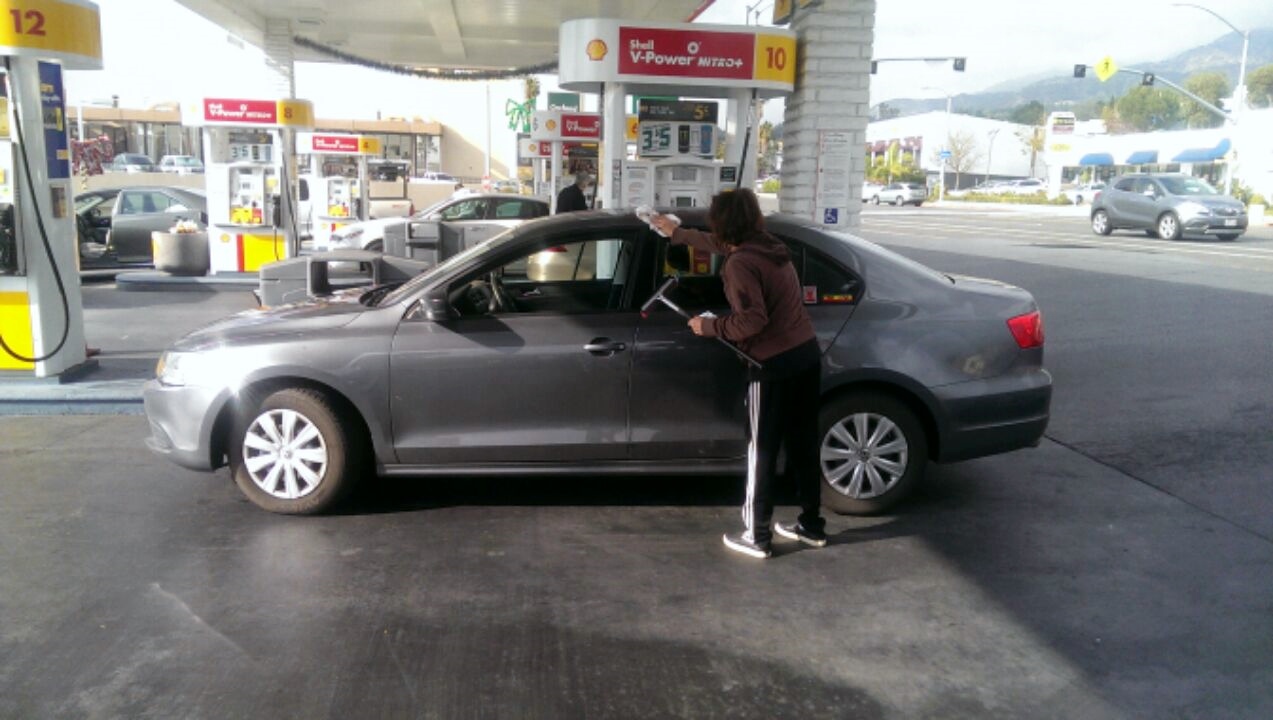 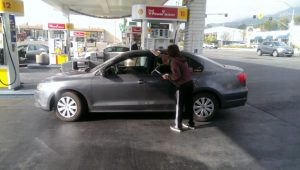 I continue to be amazed at what people do to, with, and often, inside of cars.

Therefore I recently had a good chuckle at the gas station watching this hapless woman wash her car, from top to bottom and stem to stern, with a windshield squeegee.

We’ve all seen women applying their makeup while driving, sun visor lowered blocking their view, one hand on the wheel, eyes in the mirror, and the free hand working the mascara brush to beat hell.  Also plenty of men shaving while driving.  Who among us hasn’t seen a couple having sex in a car, parked or on the move — granted some things are more complicated while one of the partners is driving, some less so, but no matter.Talk about distracted driving!

I am an absolute believer that texting or talking (non-hands free) on a cellphone why driving should be illegal worldwide.  So if chatting up on the cellphone increases accident rates, imagine if they calculated with any scientific certainty, what those rates are for people eating, shaving, doing makeup or having sex at the wheel are.  I’ll never forget the time I was driving along next to a car occupied by two women, one driving and the other in the front passenger seat.  During the minute or two we rode alongside each other, the passenger completed an entire change of clothing…from her bra down.  Glad at least that she wasn’t driving.

So, is this semi clueless woman, washing her car with dirty water at the gas station committing a crime?  Of course not.  But neither did she get her car clean.  Or do its paint any good (can’t imagine she cared much about that…).

What bothered me most about this is that she wasn’t getting gas, or had already finished, but she did a bang up job of blocking access to a couple gas pumps while she did the wash job.  Illegal?  No.  Damn discourteous?  Oh, hellyeah.

I was going to approach her and suggest that if she wanted to do something as stupid as what she was doing, at least have the courtesy to pull out of the fill up lanes and park off to the side and ruin her car with a squeegee.  Or, you know, spend $3.00 at a “pay and spray” car wash and do a good job without blocking the gas pumps.  Or go home and grab a sponge and a bucket.  Or hit a gas staition with a drive-through.  But I figured if she was already that ignorant, there was little I could do to help her.

Granted, we’ve all taken that squeegee and washed more than one window, and we’ve all used one to loosen and temporarily remove a recent, paint-damaging bird plop.  But to wet down and squeegee off an entire car?  Not me bubbah.

I only mean to vent a little bit, not to whine, but are people really this stupid when it comes to cars and common courtesy.

Not all — but some I guess.