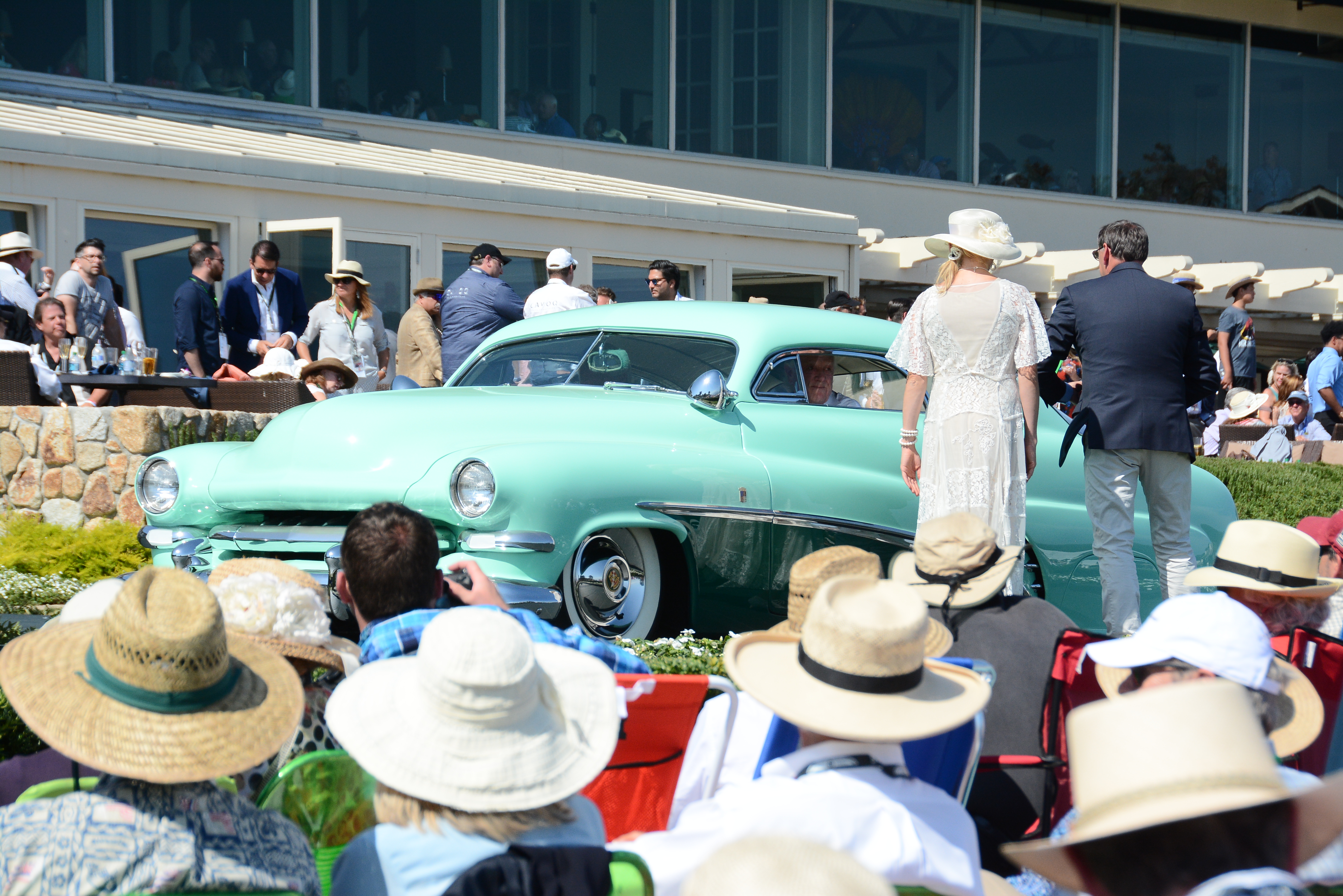 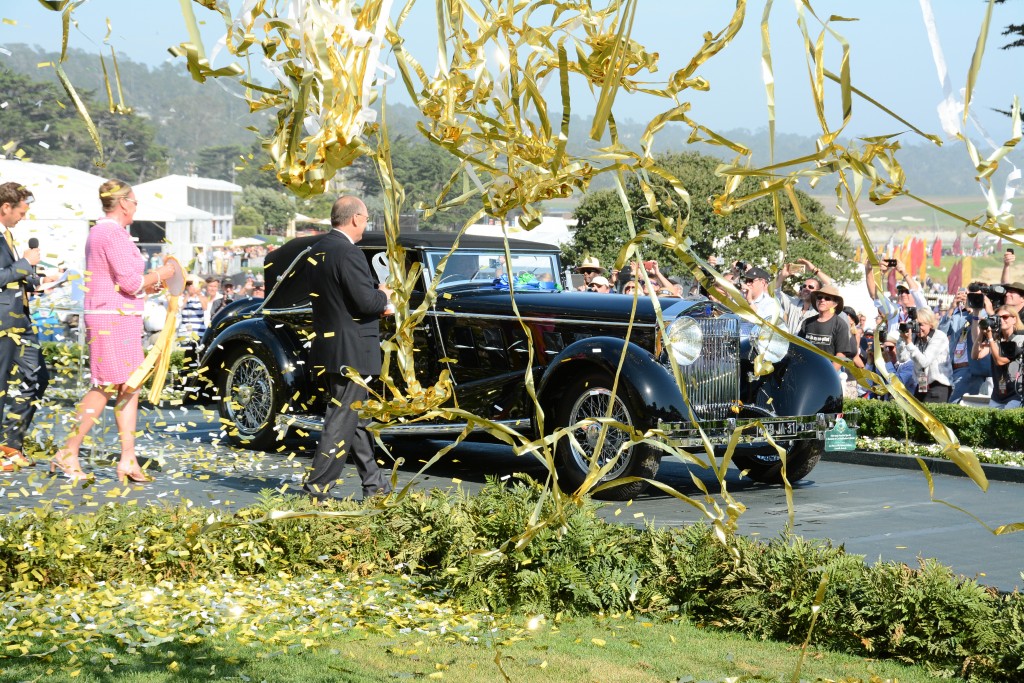 The big show goes big, and is a wrap for another year

As I played with the calendar functions on my phone, then ran the sums, it struck me as amazing that this was my 34th Monterey car Week, and the little service lapel pin they presented me at the judge’s meeting marked my 20th year as a judge, this time around as a Chief Classic Judge overseeing three classes of post WWII sports and racing cars.
Pebble Beach from the inside is, and isn’t  just what you may think. IMHO, it is the best and most significant field of 200 great classic cars of all stripe to be found at any time on any single day in the world. It is not, or at least, is no longer, a beauty contest purely for trailer queens. In fact, entrants are encouraged and rewarded for participation in the 80 mile Tour d’Elegance which takes place the Thursday prior to the Concours Sunday. Our chief judge clearly underscores that we judge cars, not owners, and that over-restoration isn’t rewarded or encouraged. Evidence of use, enjoyment, and maintenance are appreciated. And the old rumor about getting points knocked off for blades of grass stuck in tire treads is simply not true. Our team of over 100 judges is a knowledgeable, international group of collectors, transportation designers, restorers, racers, authors, historians and otherwise in the know types that really know their stuff and work hard to judge fairly and evenhandedly to drive only to the best and proper results. Which happens far more often than not. The show also now wholeheartedly embraces preservation and survivor/unrestored class machines with their stories, and often hard earned patina intact. 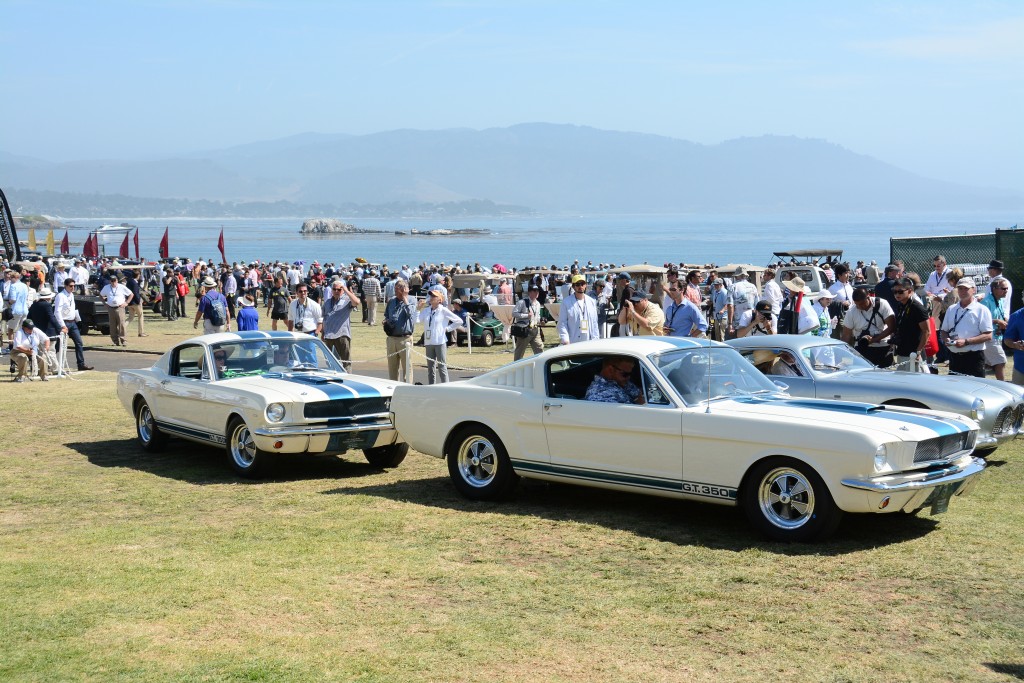 Pebble bristled with many anniversary recognitions and special categories this year, including special roster of du Pont automobiles, those fashioned by Touring of Milan, Pope automobiles and the many great highpoints from the history of Lincoln and Continental. 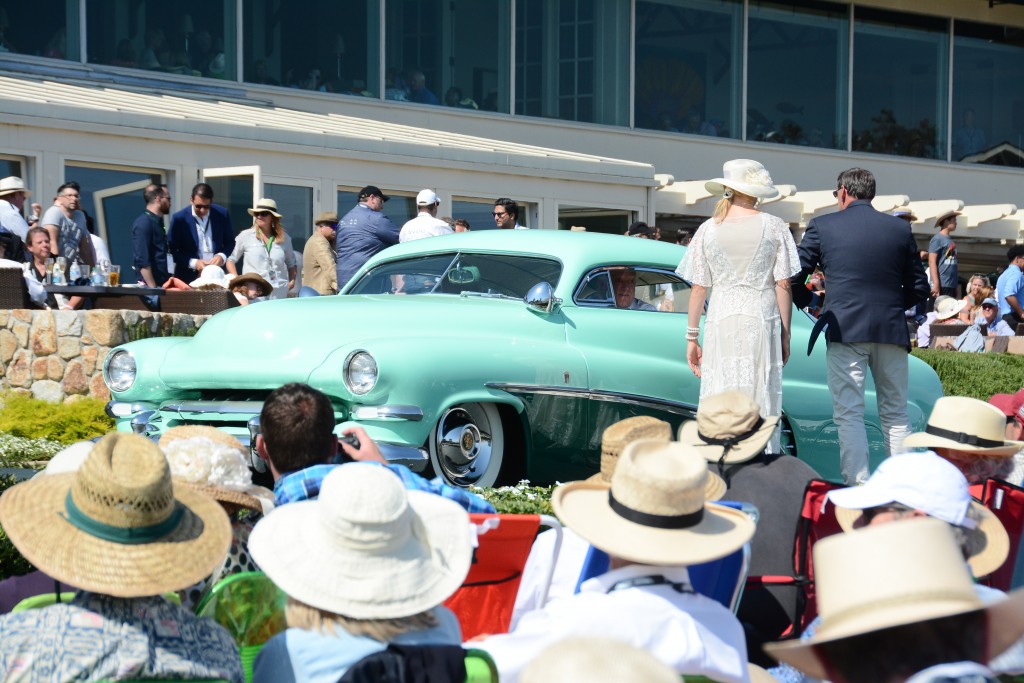 One particularly popular special class this year was comprised of Mercury customs – lead sleds of the 1950s custom style by gents like the Barris Brothers, Dean Jeffries, and other name brand custom builders of the period. Pebble goes all out for Ferraris about every ten years, and 2015 was one of them. Great road and racing Ferraris from every era dazzled the field with spectacular coachwork and singing V-12 engines. Few thought they would ever see Mustangs on the vaunted greens of Pebble Beach, but this year a category of early and prototype Shelby GT350s put eight of Carroll’s great Mustang “sport cars” on the turf. Sir Jackie Stewart strolled the field and held court and the rapt attention of the many showgoers appreciative of the three time F1 champion’s viewpoint and impressive career. Sir Stirling Moss, who has long served as an Honorary Judge, also strolled, chatted, and perused the field. 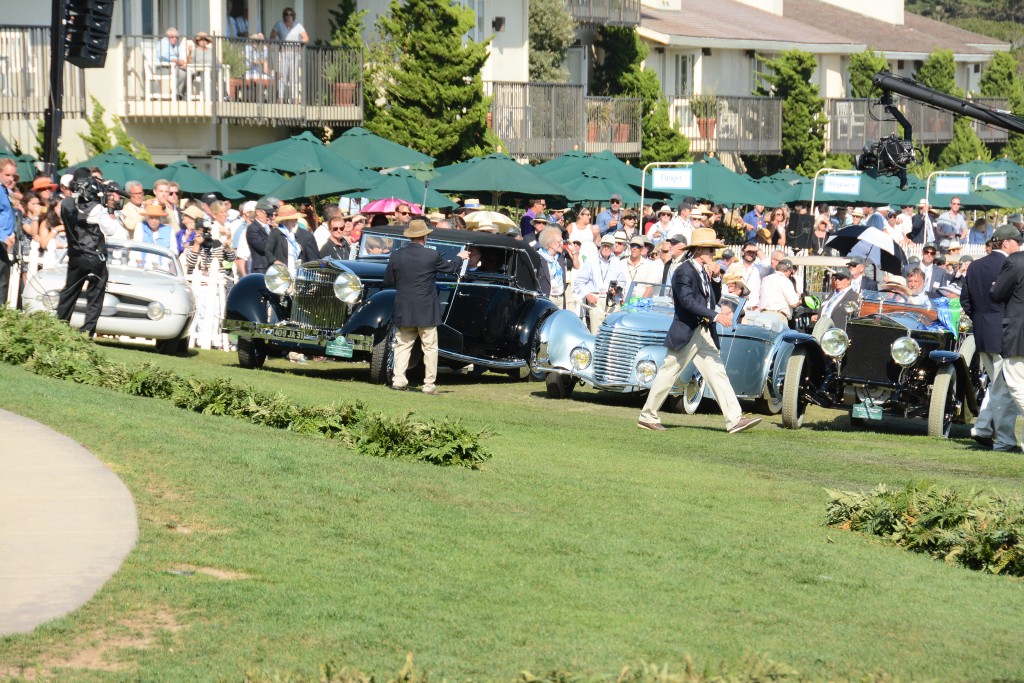 The final four nominees for Best of show, including the winning black Isotta in the middle. Talk about a fearsome foursome…

After all the results had been tabbed, four final nominees gathered at the foot of Pebble’s famous presentation ramp; three pre-WWII “heavy classics” and an oddly wonderful looking Abarth sports coupe. When the herald trumpets blared and the confetti and fireworks were launched, an absolutely commanding and uber elegant 1924 Isotta Fraschini Tipo 8A F Ramseier and Sie Warblaufen Cabriolet took home the heavy crystal as 2016’s Best of show winner. The triple black and heavily chromed stunner is the pride and joy of the Jim Patterson Collection, coming to Pebble Beach from Louisville, Kentucky, USA. Some consider this rare and perfectly proportioned droptop to be among Pebble’s Best ever overall winners. 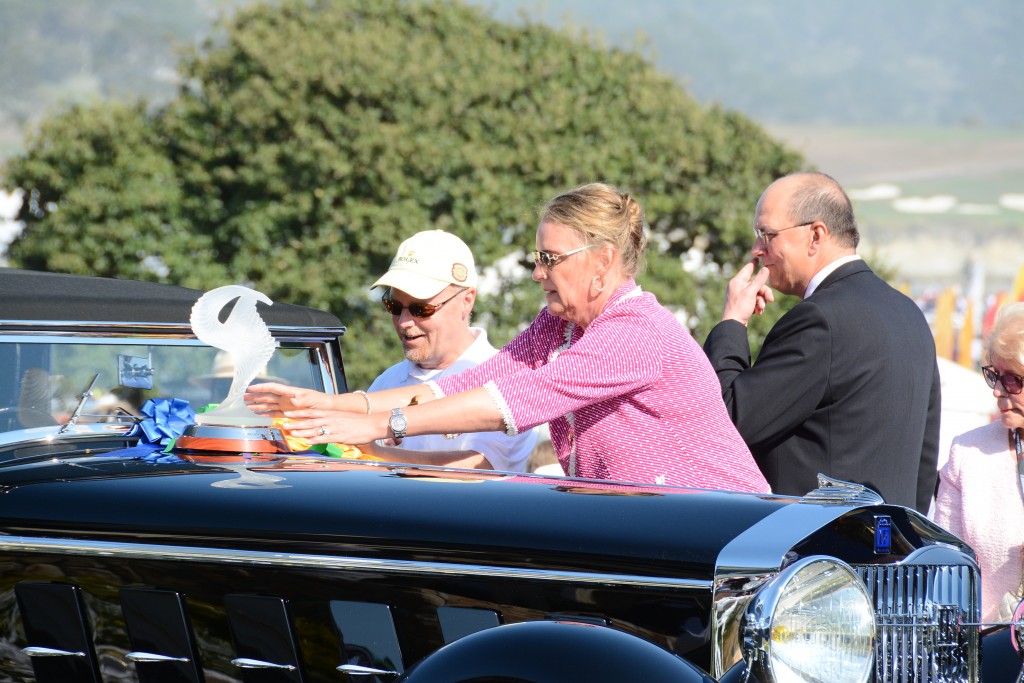 Concours chairman Sandra Button carefully sets one of the trophies on the Patterson’s stunning Best of Show Winning Isotta. She’s the boss, she can touch…

Special classes and commemorations for 2016 are pending and will be announced soon. And hopefully I’ll be back to judge for my lucky 21st time.