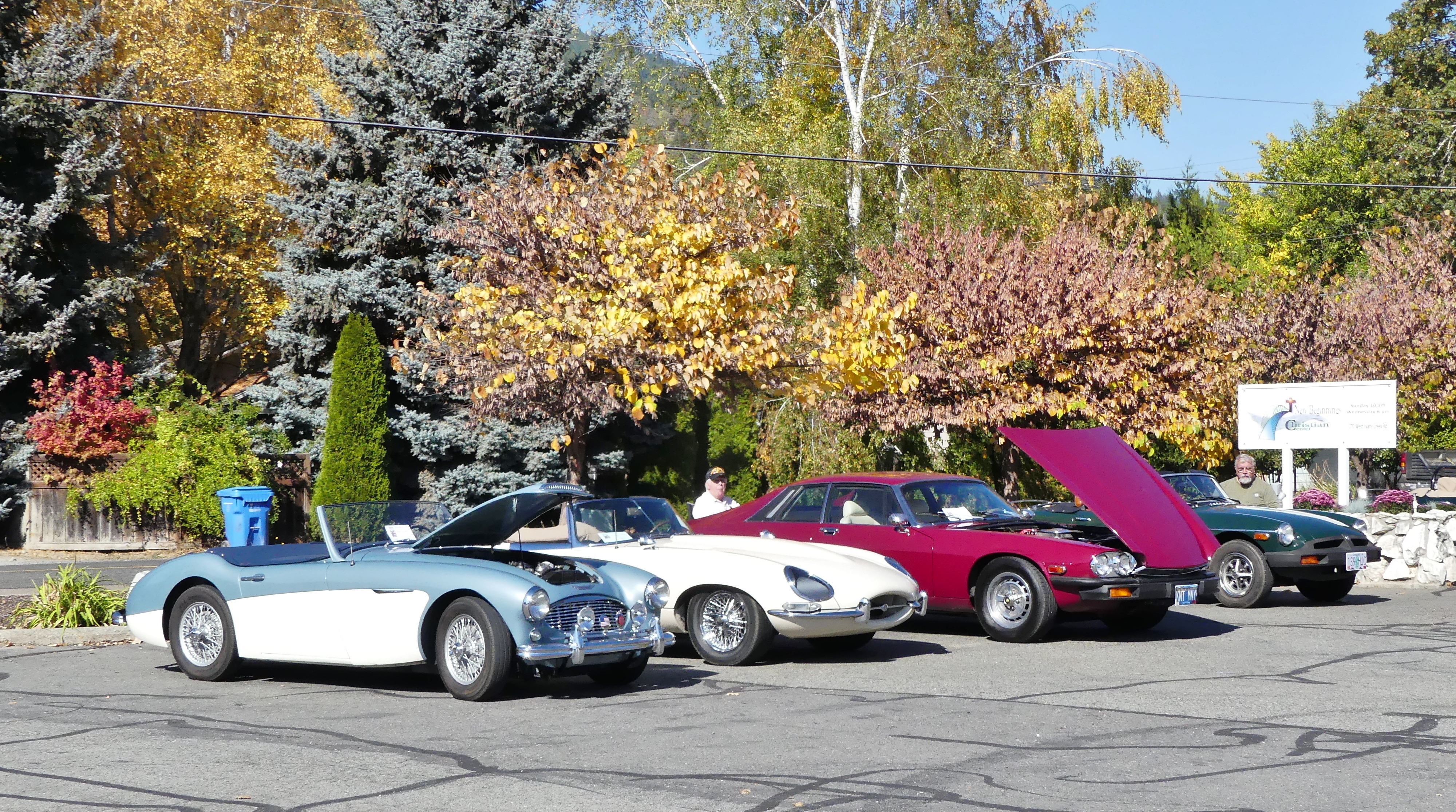 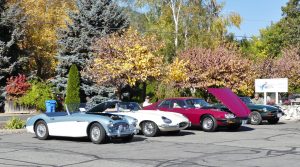 The British Car Club of Southern Oregon held its (not quite) All British car show on October 20, 2018 in Rogue River, Oregon. Since the Club is rather low-key, we confess up front, that “All British” included any manner of Miata, MR2, T-Bird, an Opel, and an all Ameircan Pontiac Fiero, just to name a few. This club is all about fun and welcomes everyone. Casual is an understatement, as they don’t even bother with by-laws or a website. 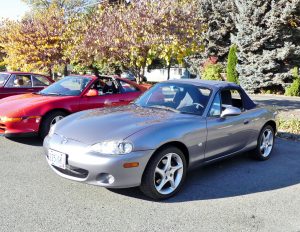 Many would say, and we’d agree, that a Miata is really a British car in philosophy, but a Japanese car in execution. The same guy — our friend Paul — owns this second gen MX-5 and the decidedly non British MR2 beside it, yet doesn’t own any British cars…proving that this all-about-the-fun club doesn’t profile

Established in 1987, and with a current roster of about 50 members, the Club meets once a month at a local eating establishment and plans its next event. Weather plays a big factor in Southern Oregon, but the group enjoys club drives to interesting local destinations. The roads of Southern Oregon are beautiful, uncrowded, and made just for spirited driving. 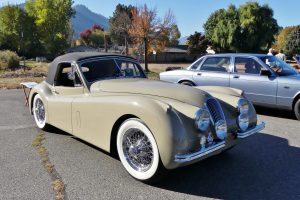 This event included a light lunch for participants, a raffle, many British cars and plenty of camaraderie. To my surprise, there was not one, but three Morris Minors, two of which were right-hand drive, one even sporting operational semaphore turn signals. There were plenty of MGs (TD, TF, B, BGT, Midget), Triumphs (TR4, TR6, and Spitfire), Minis (when a Mini was mini), Austin-Healey (100 and 3000), and Jaguars (E-Type, XK, XJ). 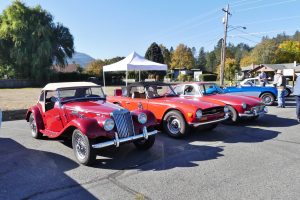 Overall, most of the cars were above-average drivers. Of particular note were two Jaguars, a Series 1 E-type roadster and an XK120 DHC, both of which were worthy of Pebble Beach. There was also an outstanding Healey 100, an MG TF, and a TR4. 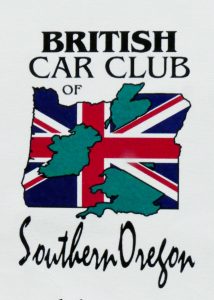 Even sans Meghan and Harry, this little show was the proverbial “bloody” success with a good time had by all. 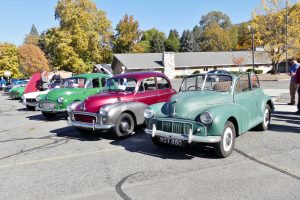 Seeing one Morris Minor in a day is fun; three in a row at once is darn near an occasion 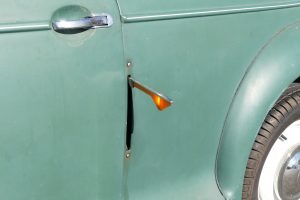 Just in case you didn’t recognize what a semaphore (or a trafficator) is, well now you know 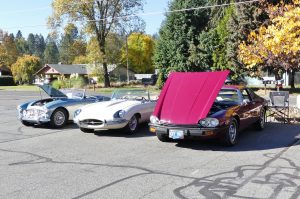 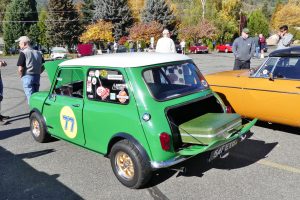 The Mini that was 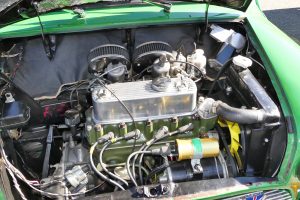 Nothing particularly mini about this Mini motor; looks to have rec’d the full Cooper S treatment, and perhaps then some; tidy, clean, and well presented 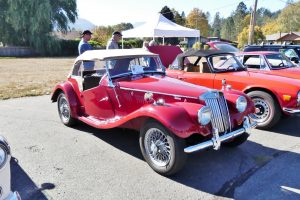 The TF1500 is the last of the MG T-series platform,certainly the most developed and many would say the best driving among them

All too often, vanity plates are just that; self-agrandizing vanity, or they tell you nothing new about the car…but this one really works and rings true to the goods. When you want a well designed sports car, its often wise to turn to the Italians, in this case as Triumph did with Giovanni Michelotti to design the TR-4, important as Triumph’s new roadster of the day had to look much differentiated from its cousin, the MGB 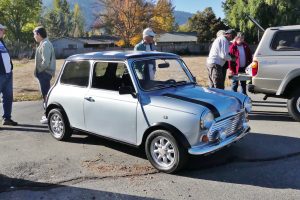 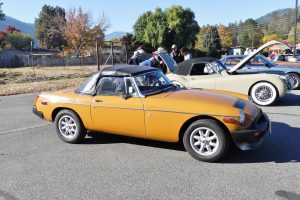 For decades, automotive writers and MG snobs bagged on the slower, taller riding rubber bumperd B as not worthy of the MG name…but lately they’ve come into their own, and honestly who wouldn’t want one this nice? 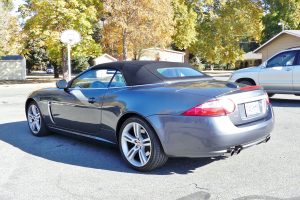 Guestblogger Kirk’s own and fabulous Jaguar XK R cabi which definately qualifies as a British car and earned a spot in this show…nice! Thanks for the great words and pix