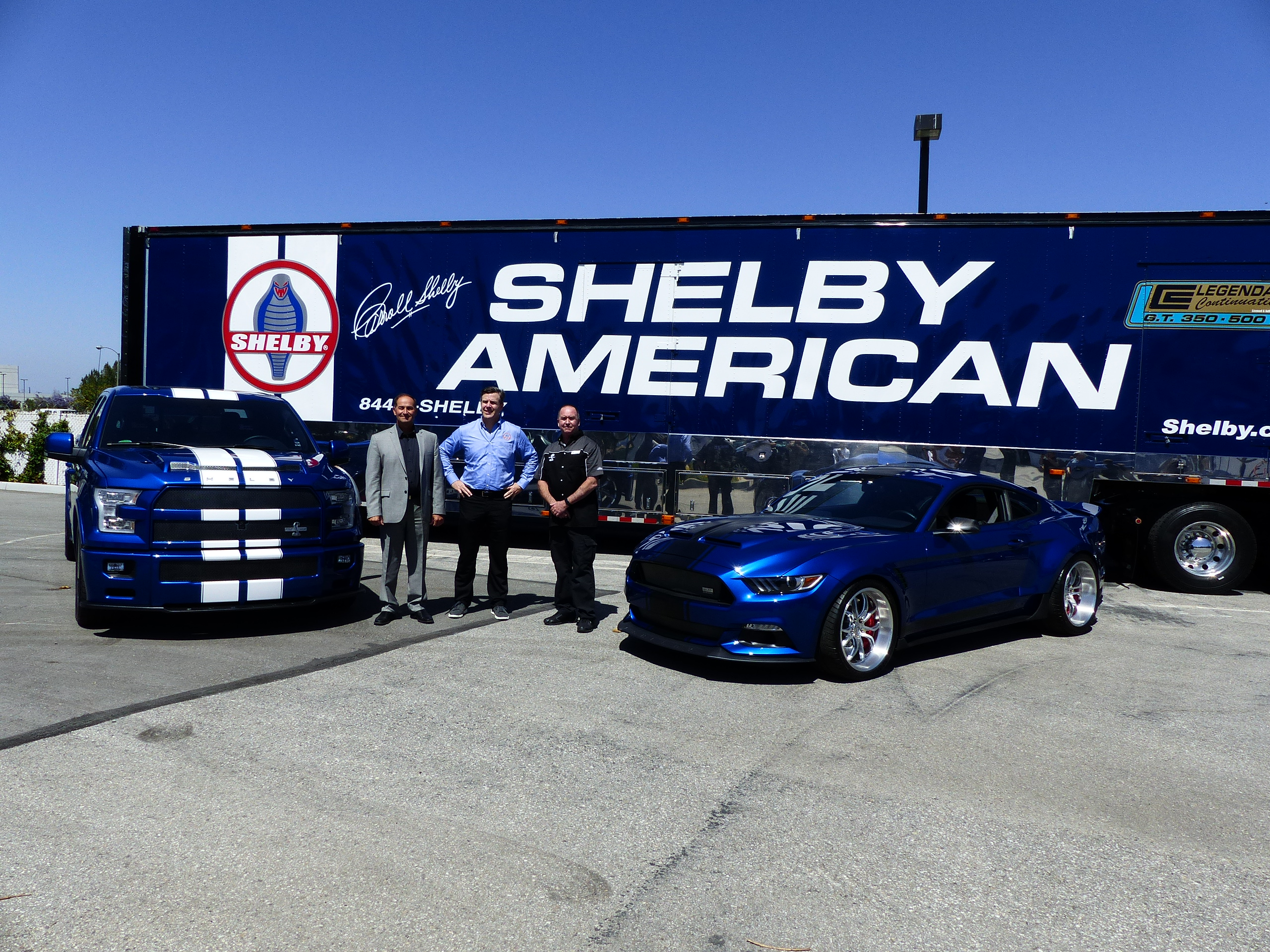 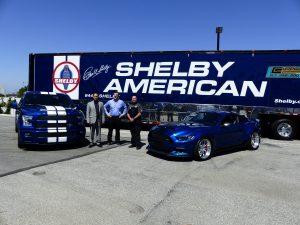 Uber wide fenders hide model exclusive suspension, and massive Brembo brakes. Technically still a concept, we expect a production announcement for this Superest of Snakes by the end of the year. 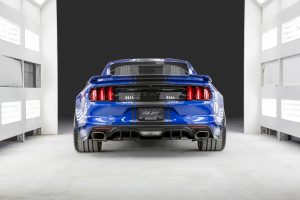 Kim Kardashian’s booty has nothing on this fabulous set of fenders.

The concept car will also be unveiled to the public at the 5th Annual Carroll Shelby Tribute and Car Show on May 20, 2017, in the same location where it was introduced to the media. It will be displayed along with the recently announced pre-title Shelby F-150 Super Snake truck.

“Shelby American’s wide body option for the previous generation Super Snake was very popular because it put more rubber under the car to improve traction for drag racing,” said Gary Patterson, Shelby American President. “The current Shelby Super Snake emphasizes handling much more than the last model, which required a new approach with this concept. Instead of being optimized for straight line performance, the Super Snake wide body concept provides more grip on all four corners. It was designed to give drivers a serious competitive edge on the road course.”

“Adding approximately four inches to the car’s rear track and two and half to the front, opened up new opportunities to maximize handling,” said Vince LaViolette, Shelby American Vice President of Operations and Chief Test Driver. “The fully adjustable coil over suspension and the enormous Brembo braking system, along with wider wheels and tires significantly change the car’s driving dynamics. This provides more grip for later braking and earlier acceleration out of corners. It will deliver more communication to the driver and better absorb track imperfections. The wide body Super Snake concept is every road racer’s dream.” 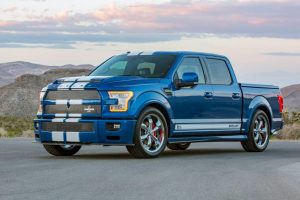 Miss the Ford Lightning? No worries — the notion of a hot street truck has been reborn by Shelby American 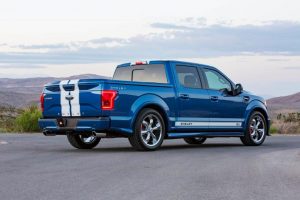 Only 150 2017 models will be produced, and they will all be 4-door bodystyle trucks.

“Carroll Shelby was an early pioneer in high performance street trucks, beginning with his first production version almost 30 years ago,” said Joe Conway, Co-CEO of Carroll Shelby International and CEO of Shelby American. “With the tremendous demand for our off-road focused Shelby F-150, fans of the classic Ford Lightning and our 2009 Shelby F-150 Super Snake have clamored for a new generation muscle truck from Shelby. Working closely with Ford Motor Company, Tuscany and other partners, we’re going to offer a limited run of super trucks designed specifically for street duty.”

The Shelby F-150 Super Snake will be available in two-wheel and four-wheel drive configurations starting at an MSRP of $96,880

“The ‘Shelby Super Snake’ badge carries tremendous prestige because every vehicle that wears it represents the pinnacle of performance,” said Gary Patterson, Shelby American President. “Our new Shelby F-150 Super Snake is certainly worthy of the name. From the sharp handling suspension to the thundering 750 horses and pure American styling, it’s a remarkable vehicle. One of our goals was to offer the truck in limited numbers to preserve exclusivity and potential collectability.”

Based on the world-class Ford F-150, Shelby American collaborated with partners like Ford Performance and Borla to transform it into a Super Snake.

“This is simply an amazing truck to drive,” said Vince LaViolette, Shelby American Vice President of Operations and Chief Test Driver. “Lessons learned building the Ford Mustang-based Shelby Super Snake muscle car and the Shelby F-150 were applied to create this incredible street truck. True to Carroll Shelby’s philosophy, it has more power, more sound, more styling and more handling prowess. From Detroit to Dubai and Dusseldorf, this is the ultimate expression of a high performance truck available through a dealer.”

Using the Super Snake blueprint for success, the team sharpened the handling of the award-winning Ford F-150’s independent suspension. Under the hood, the F-150 Super Snake is powered by Ford’s iconic 5.0L V8 engine with a supercharger to pump out over 750 horsepower. The result is a well-engineered truck with astonishing capabilities.

The Shelby F-150 Super Snake is available in six Ford factory colors and comes with a 3 year, 36,000 mile warranty. Each vehicle is assigned a genuine Shelby serial number that is documented in the official Shelby Registry.