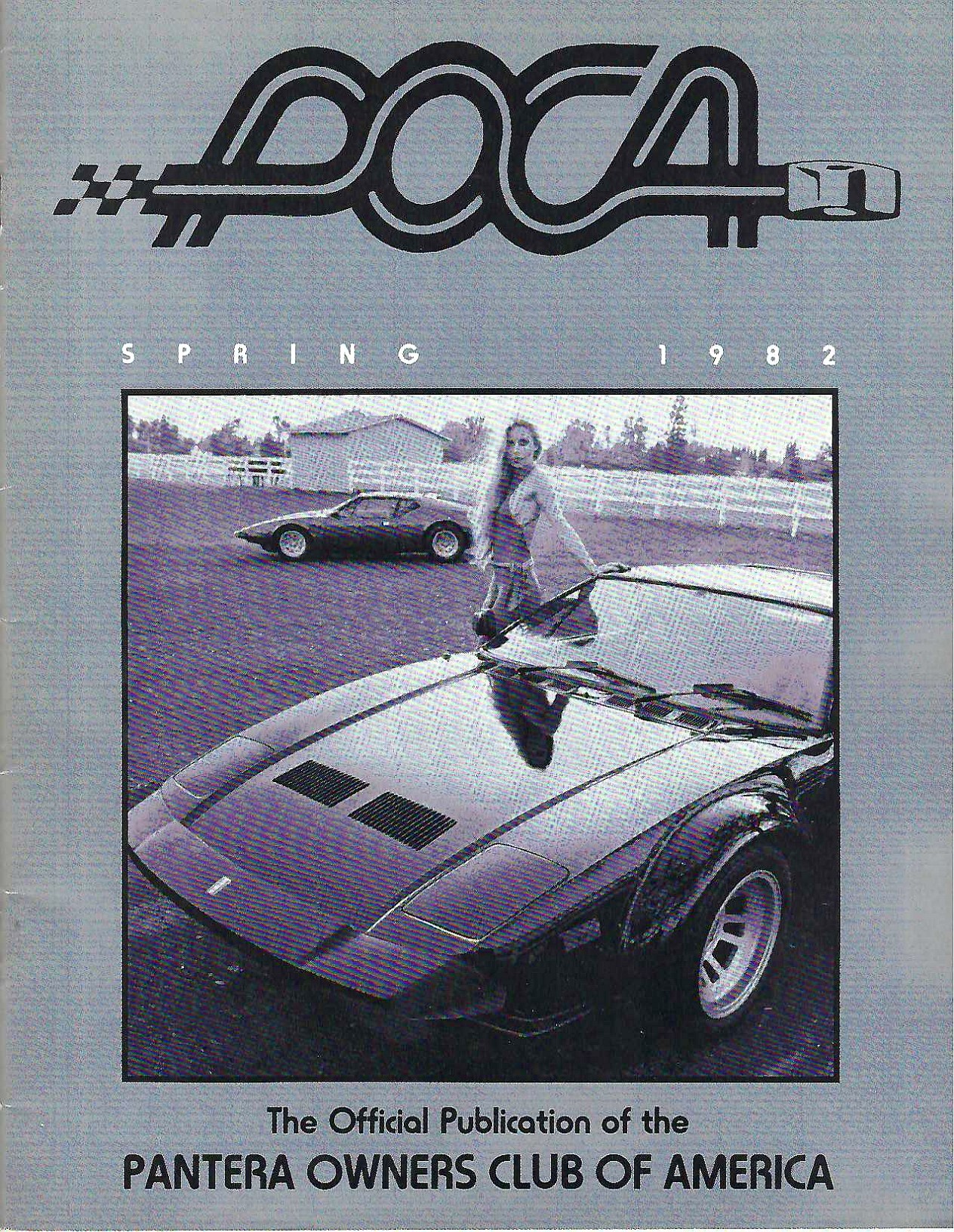 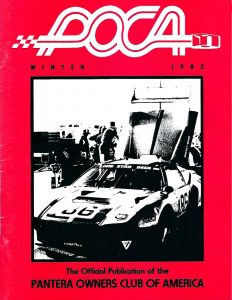 Pretty daring, or so I was told, to use a black and white photo on the front of a mostly color magazine — but I didn’t care because I just loved the shot and graphic of this Groupe 5 racing Pantera

After 30 some years as a full time professional automotive writer, photographer, and book author, I’m often asked what was my first magazine editor’s job, which was in fact as the Quarterly Magazine Editor for POCA, the Pantera Owners Club of America. 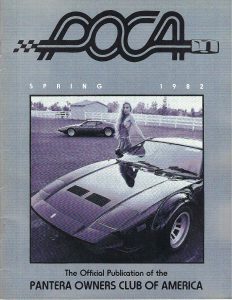 This was such great fun, and I learned so much.  Made some mistakes for sure, but did some other things pretty well I hope and believe.  POCA was and remains a large, national organization, and club leadership rightly felt that the club’s publications were its lifeline to members spread hither and yon, and especially those who couldn’t, or couldn’t often, attend meetings or events.  The board wanted our magazine and monthly newsletter to be as good a quality as we could afford to produce.  They gave me full reign over editorial content, which stories to run, and photo choices.  So for better or worse, I made it the magazine I wanted it to be, or knew how to accomplish at the time. 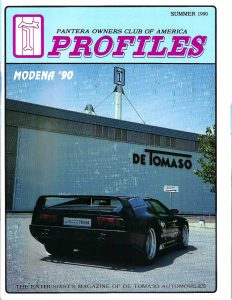 I begun fumbling around with car magazine work first as a photographer, so it was important to me that “my” magazine be great photographically; I shot a lot of it myself, but also got many interesting (and often really good) contributions from our membership and others.  This really added seasoning to the mix.

I’ve always loved this cover,for a variety of reasons, among them the black-and-white look of it, the elegant and beautiful model posing with the cars, and the two fabulous deTomasos in the shot. A pensive, classy, and sexy cover, I personally believe 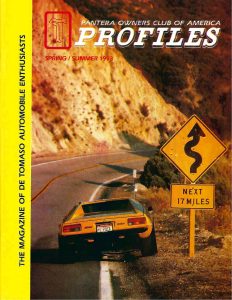 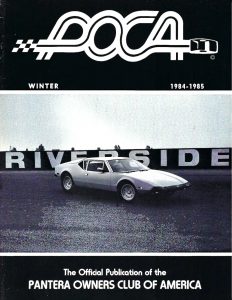 Yes, these shots are both by me, and both of my own car. Sometimes when I needed a cover shot, and on deadline, I just produced it myself

We did features, events, columns, a photo contest, parties, car tech, and history coverage.  People always commented on how I was doing the Club the favor, when in fact it was the other way around; I learned so much by doing this, had a ton of fun at it, and it opened the door to the rest of my working life as a motowriter.  I visited the DeTomaso factory many, if not dozens of times, and it was my honor to come to know and befriend the DeTomaso family. 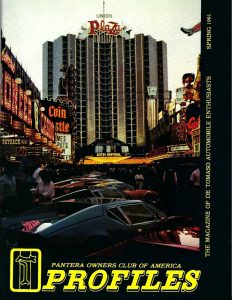 The most amazing thing so many of us had seen; at first about 50 then later on hundreds of DeTomasos lining up Freemont Street in Las Vegas before it was closed off into an entertainment venue

So in my thanks to this great club for affording me the opp to do this, I’m sharing with you a few covers from my time as POCA magazine editor, and others containing some of my, or my favorite photos used on the cover. 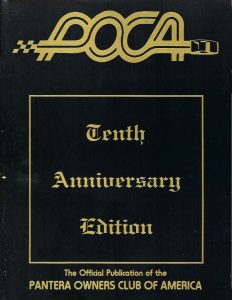 Playboy did a very classy cover using a similar photoless black and gold graphic such as this, so I just appropriated it for POCA’s tenth anniversary special

I won’t bore you with my “Letter from the Editor” photos, because I had so much hair, and it was SO dark — you wouldn’t recognize me, and I’m not sure I do either.  And because it ain’t about me.