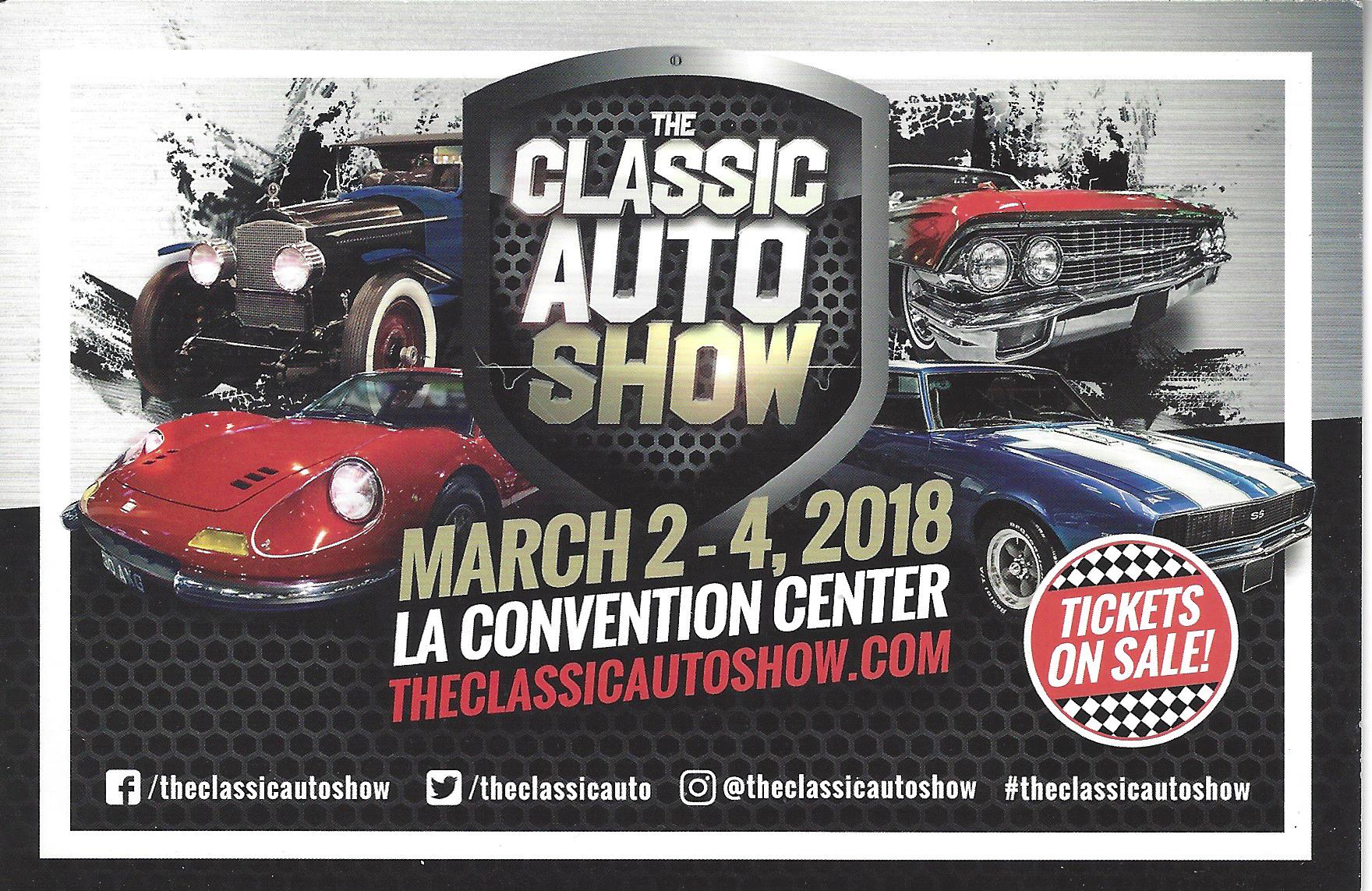 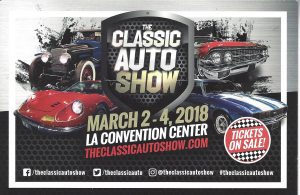 I went to this show last year, and its absolutely the kernal of something very good, and could grow into a real thing. Think of it as LA’s version of Retromobile indoor classic car show and event. — MS 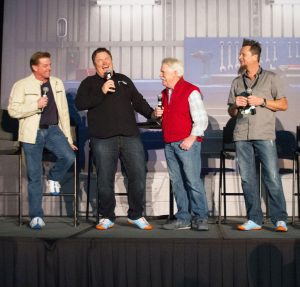 Wayne Carini gets a rise out of Wheeler Dealer Mike Brewer as Chip Foose and Dave Kindig lwatch at last year’s LA Classic show panel discussion. They’ll all be back this year. 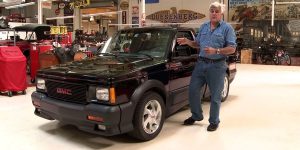 Known for both his decades-long run as the king of late night as well as his world-renown collection of classic cars, Jay Leno will make his first appearance at the Classic Auto Show to chat onstage about the collector car hobby. Currently hosting “Jay Leno’s Garage” on both CNBC and online, Leno will also meet fans and sign autographs in the Jay Leno’s Garage Advanced Vehicle Care booth at the show, where his new line of car care products will be available to the public.

“Wheeler Dealers” host Mike Brewer returns and will be this year’s official master of ceremonies. Making their first appearances at CAS is legendary car designer Steve Moal, the show’s grand marshal. Both Mike and Steve will speak at the show and be available for autographs. Preeminent automotive appraiser and frequent “Jay Leno’s Garage” guest Donald Osborne will attend the event and talk to attendees about vehicle valuation and collecting.

Returning to the show will be renowned car designer Chip Foose, Dave Kindig host of “Bitchin’ Rides,” and Wayne Carini host of “Chasing Classic Cars.” Throughout the show, these celebrities will meet with fans, share stories, provide exclusive insights on how their programs are produced and offer expert advice on restoration and motoring. 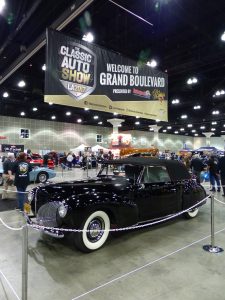 “Having so many of today’s most respected automotive personalities under one roof is truly remarkable,” said Michael Carlucci, senior vice president at Clarion UX, the show’s producer. “Our goal is to create an unforgettable experience for attendees and with these stars onboard, we’ve done just that.”

Tickets for the 2018 Classic Auto Show are $20 with promo code LAPR or $30 at the box office. For more information or to purchase tickets, please visit www.TheClassicAutoShow.com. 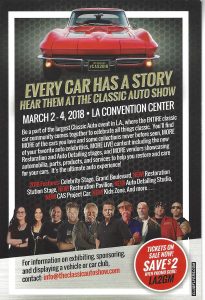