I’m on my way to Amelia Island 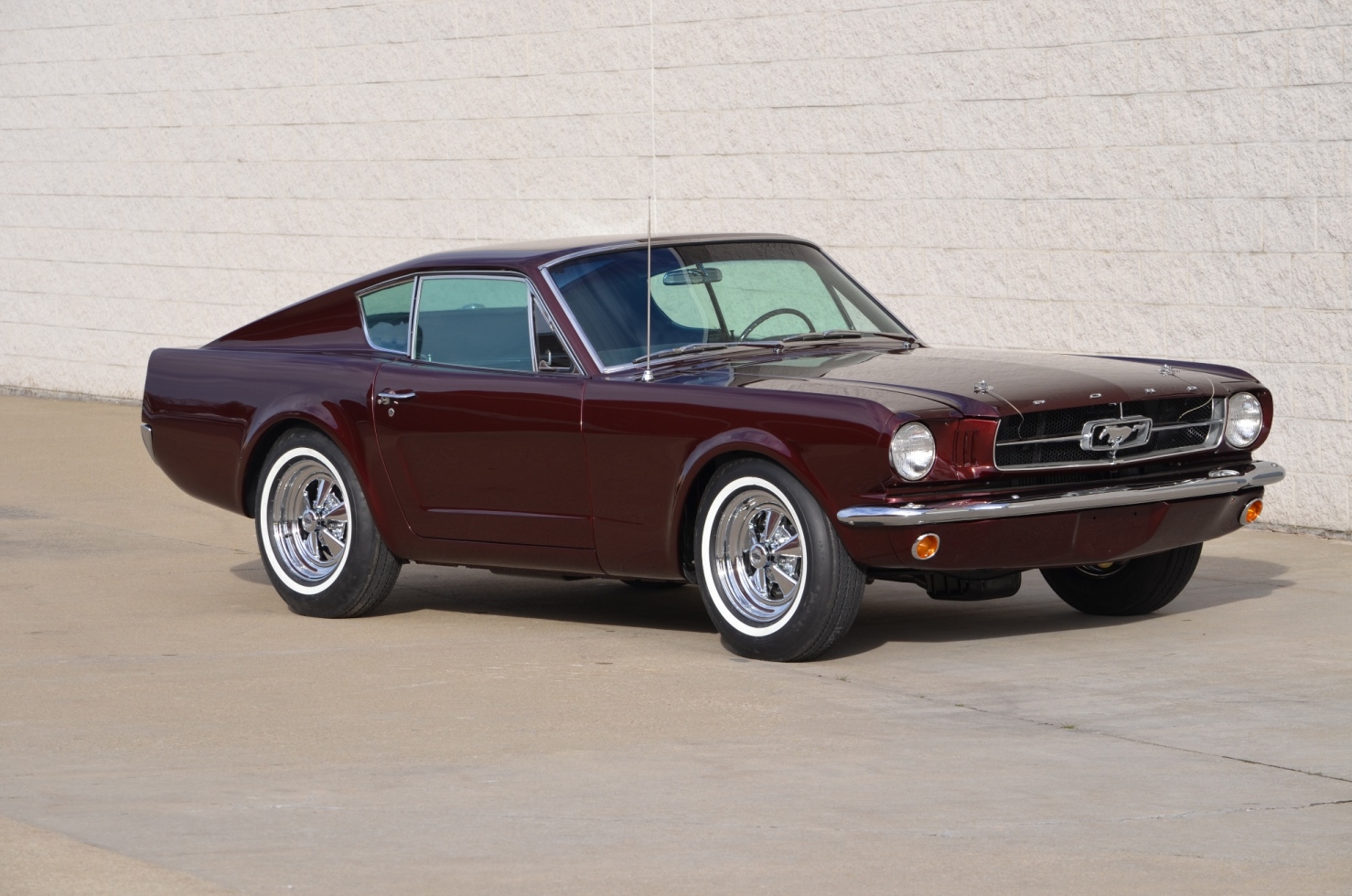 News from the show… 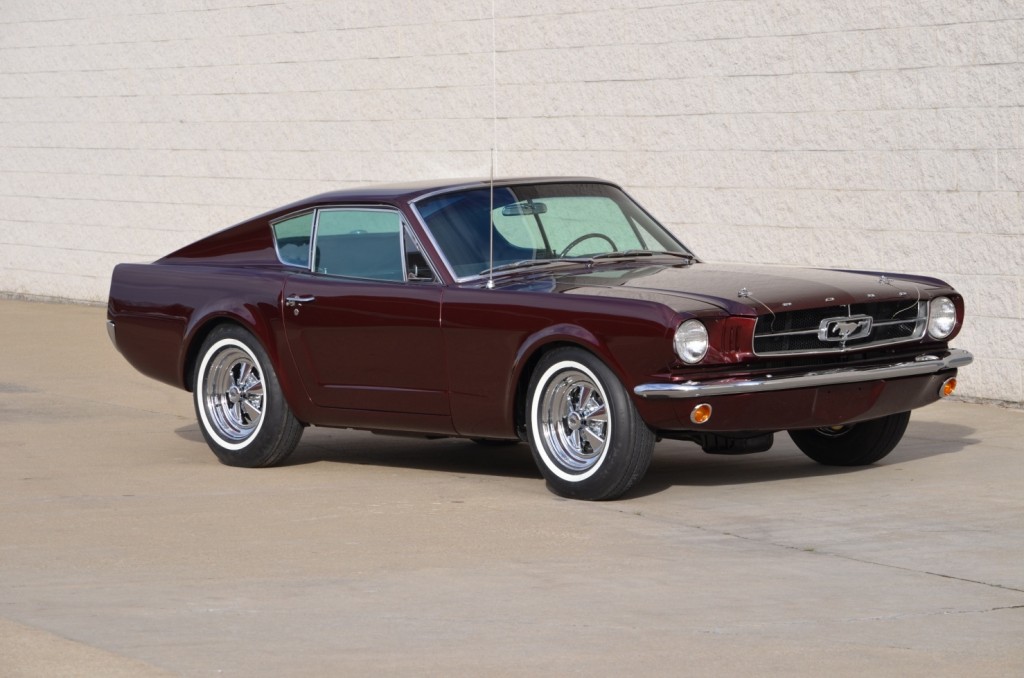 The 18th annual Amelia Concours d’Elegance announced today that the unique 1964 ½ “Shorty” Mustang will be headlining the event’s “What Were They Thinking?” class, a category that will consist of eight unique cars that would not find a home on any other concours field. 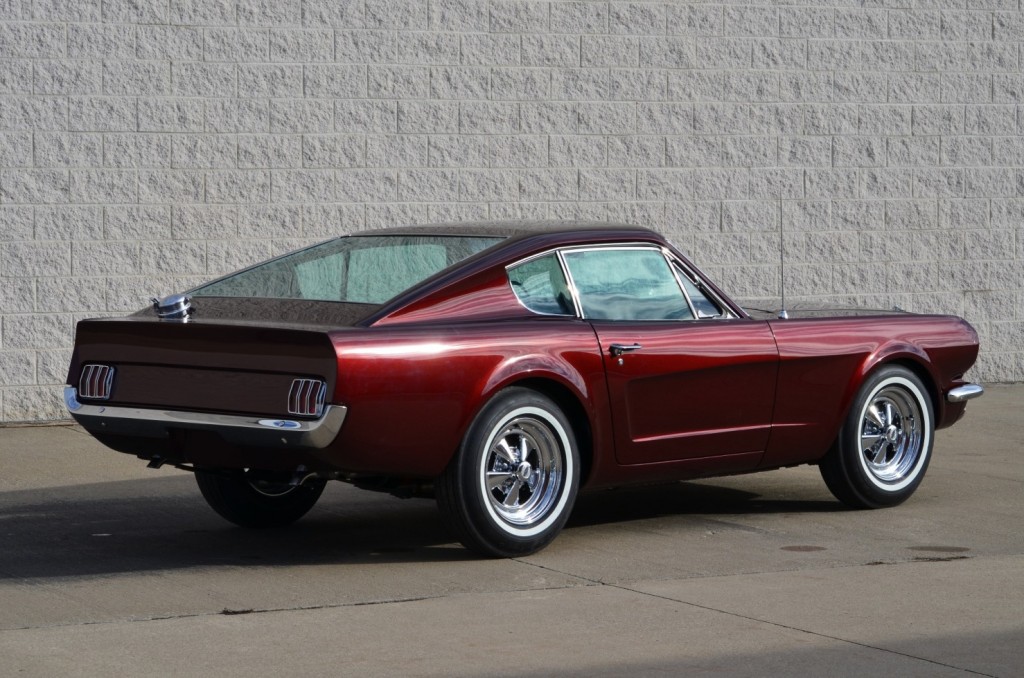 Bill and Chris Snyder own the 1964 ½ Mustang two-seater that is a true one-off. It’s fiberglass from the cowl to the tail. Seeing it is like hearing a familiar piece of music, but in a minor key. All the design signatures that shout “Mustang” are there, but they’re wearing someone else’s clothes. In this case, the fastback fiberglass panels of Dearborn Steel Tube Co, who built it on a pre-production Mustang chassis, pulled for research and experimentation.

“It was custom built and became part of a Ford travelling show,” said Snyder. “That’s where I first encountered the fiberglass “shorty” Mustang and I loved it. I said ‘I’m gonna buy one!’, but the Ford salesman said that there would be no such car for sale.”

The one-of-a-kind Mustang fastback was designed by one Bill Gardner. He became convinced that Ford would consign his show car to the usual unhappy fate of cast off Detroit experimentals and prototypes: the crusher. So he stole it and walled up the fiberglass mystery Mustang two-seater in a warehouse in Inkster, MI.

Gardner didn’t try to sell it and he didn’t leave a trail, but didn’t pay the rent for the warehouse either. Within six months it was found behind a wall and by then the insurance company had paid the claim. Ford didn’t want it and the shorty Mustang was taken to the insurance company’s New England headquarters and parked outside. A company executive bought it and soon an ad in a car collector publication alerted Bill Snyder that his two-seat fantasy Mustang was available. The deal was done long distance and, as one of Snyder’s employees was headed for New England, he simply drove Bill’s dream car back to Ohio.

Snyder’s mystery Mustang two-seater started life as one of ten pre-production chassis. The wheelbase was shortened 16 inches and the standard 260 ci V-8 was enlarged to 302 cubic inches. It’s a recipe that still appeals to Bill after more than four decades. “The car goes like stink,” said Snyder.

The 2013 Amelia Island Concours d’Elegance will be held March 8-10th on the 10th and 18th fairways of The Golf Club of Amelia Island adjacent to The Ritz-Carlton, Amelia Island. The show’s Foundation has donated over $2 million to Community Hospice of Northeast Florida, Inc. and other charities on Florida’s First Coast since its inception in 1996.

Now in its second decade, the Amelia Island Concours d’Elegance is among the top automotive events in the world. Always held the second full weekend in March, “The Amelia” draws nearly 300 rare vehicles from collections around the world to The Golf Club of Amelia Island at Summer Beach and The Ritz-Carlton, Amelia Island for a celebration of the automobile like no other. Since 1996, the show’s Foundation has donated over $2 million to Community Hospice of Northeast Florida, Inc. and other deserving charities on Florida’s First Coast. The 18th annual Amelia Island Concours d’Elegance is scheduled for March 8-10, 2013. For more information, visit www.ameliaconcours.org or call 904-636-0027.