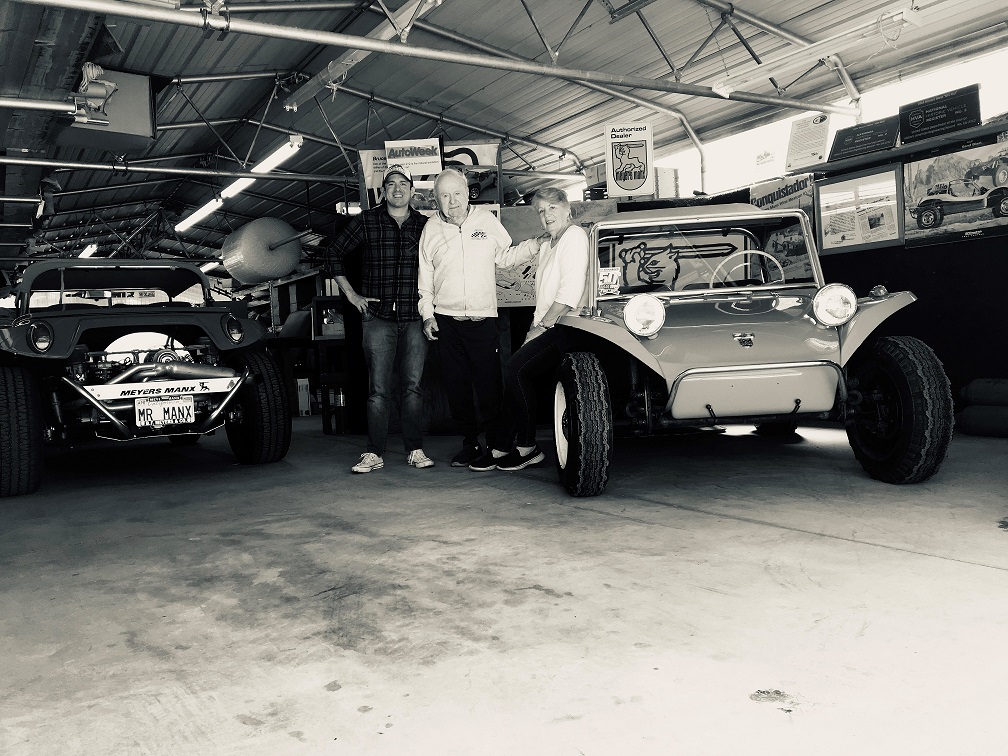 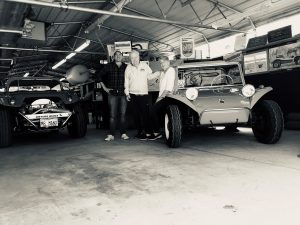 LOS ANGELES November 10, 2020 – Bruce Meyers, 94, a prolific artist, inventor, surfer and the creator of the original iconic Meyers Manx that popularized the dune buggy craze known the world over, has along with his wife, Winnie sold their company to Trousdale Ventures, announced today by its Chairman, Phillip Sarofim, who named Freeman Thomas, the CEO and Chief Creative Officer and Dave Lin the CFO of the new home that will be called Meyers Manx, LLC.

Following is a statement from Freeman Thomas, legendary designer known by his work at Porsche, Audi, and VW and newly named CEO and CCO of Meyers Manx, LLC: 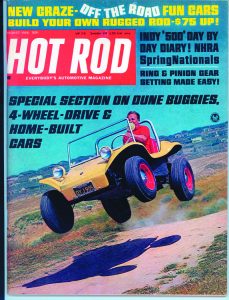 “In what proved to be a stroke of genius, Bruce Meyers created and introduced the original Meyers Manx to the beaches and dunes of California in 1964. This wildly successful whimsical, fun and capable machine launched a pop culture movement that helped define the sixties, a time of love, rebellion and free thinking that embraced the Meyers Manx as a part of authentic California beach culture that sparked joy around the world. The Meyers Manx was not simply a dune buggy, it was a vessel of freedom, and it continues to be. Authentically like Apple, Levi’s, and Coca Cola, the Meyers Manx defined the segment and became a household name that is undiminished today. As a California native, I grew up on the beaches of Southern California surrounded by its unique and creative lifestyle culture. As I became an automotive designer, the philosophy of Bruce Meyers became a huge inspiration, and I am sure I am not alone in thanking him for injecting a huge dose of disruptive creativity into the automotive scene.

“We are delighted to announce that Bruce and his wife Winnie will continue as ambassadors for the new company and will continue to manage the Meyers Manx Registry. We are still a family!”

Bruce and Winnie shared: “It is with great pleasure and happiness that Winnie and I would like to introduce you to the new future of Meyers Manx. Maintaining the old and introducing the new is what lies ahead. We feel that Meyers Manx LLC can and will do just that! With faith in their desire to continue our legacy, the future will be brighter, happier, sunnier than ever, a wonderful rebirth for what we have created!”

Phillip adds:  “We are putting together an international dream team of passionate and creative souls to carry on the Meyers Manx legacy of fun, freedom and expression that Bruce and Winnie created. The time is right for us all to get back to basics and simplify our lives! That is what Meyers Manx is all about! It celebrates authenticity, diversity and being a little different.

“It’s the beginning of an exciting journey in bringing new life to a legendary California icon. The timeless design and DNA of the Meyers Manx is the greatest smile machine I’ve ever experienced.