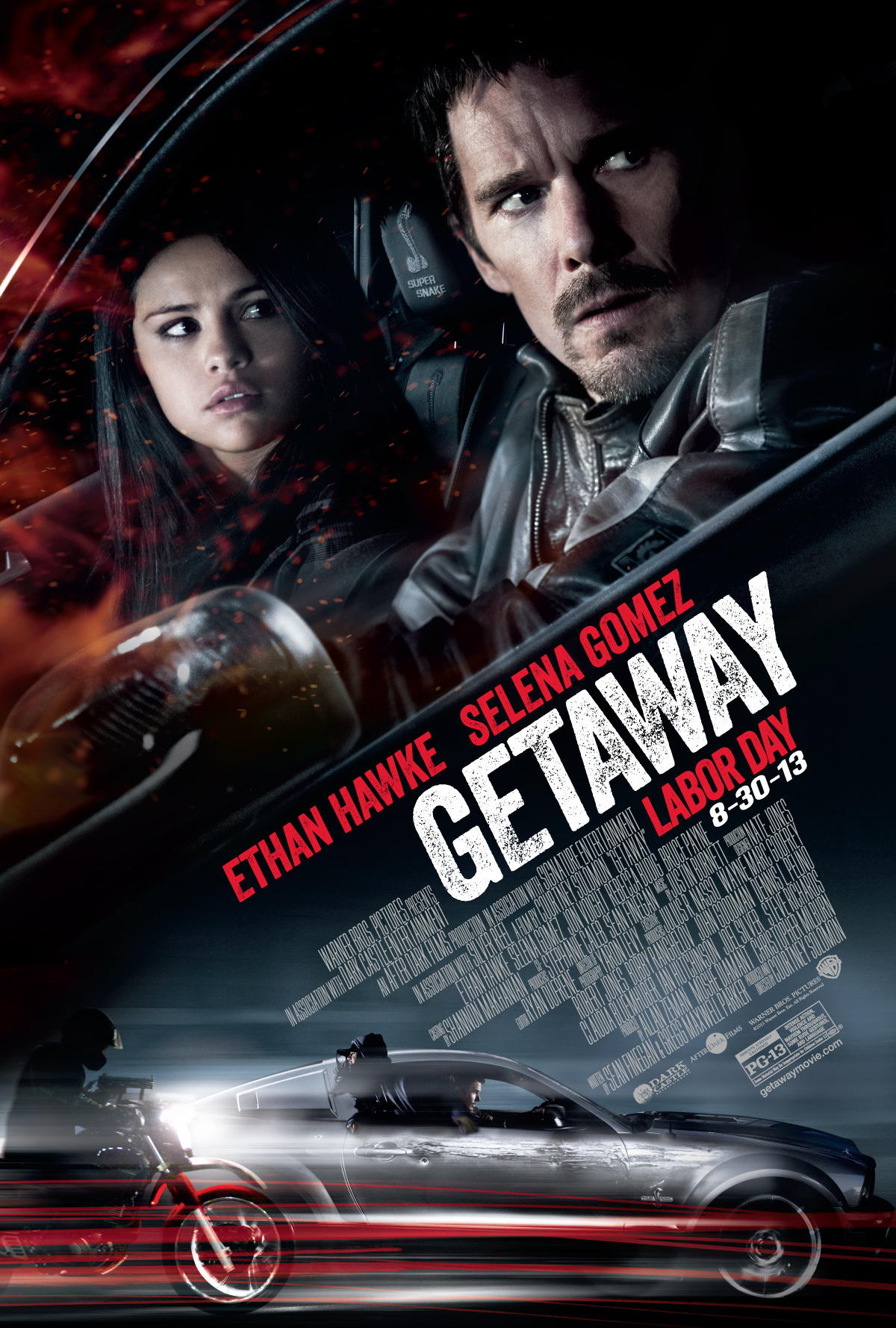 I love movie and TV cars (Can you say Bullitt Mustang or Batmobile?) and I also love Shelby Mustangs. So I thought you might enjoy this announcement from my friends at Shelby American and Shelby Licensing. Plus these actual movie production stills. — MS 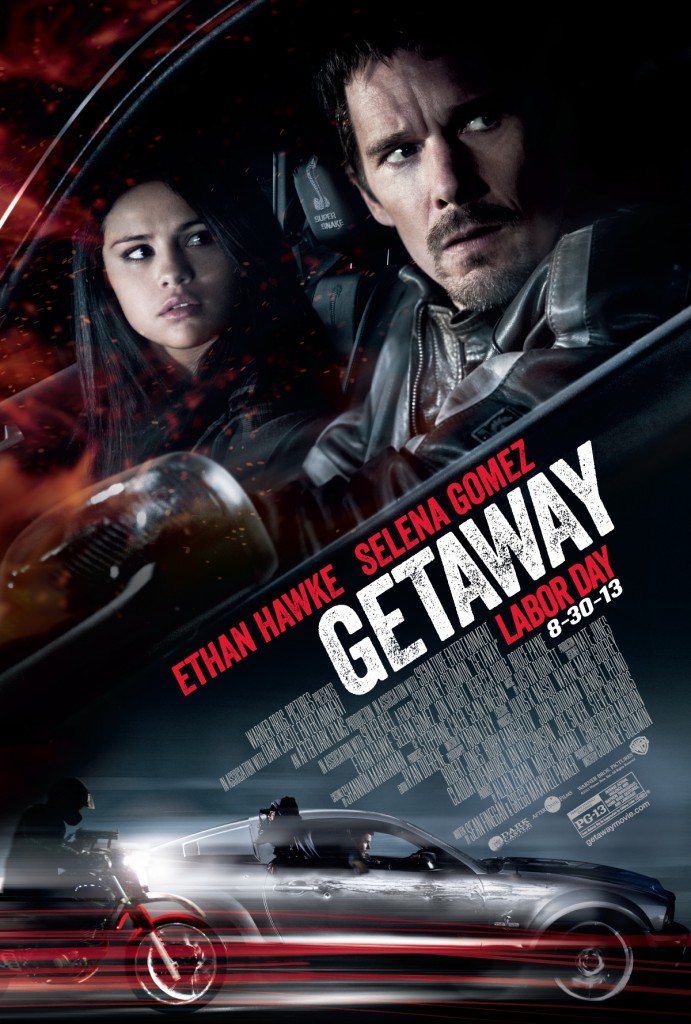 Los Angeles – August 13, 2013 – When After Dark Films needed to cast a high performance car for their action thriller “Getaway,” they tapped the iconic Ford Shelby GT500 Super Snake built by Shelby American, a wholly owned subsidiary of Carroll Shelby International Inc., (CSBI.PK). The legendary muscle car will appear on the silver screen with Ethan Hawke and Selena Gomez on August 30, 2013, when Warner Bros. opens “Getaway” nationwide, thanks to the efforts of Carroll Shelby Licensing Inc. Beginning August 14, fans can also enter online at FandangoGetawaySweeps.com for the chance to win their very own 2014 Ford Shelby GT500 Super Snake, inspired by the car from the film. 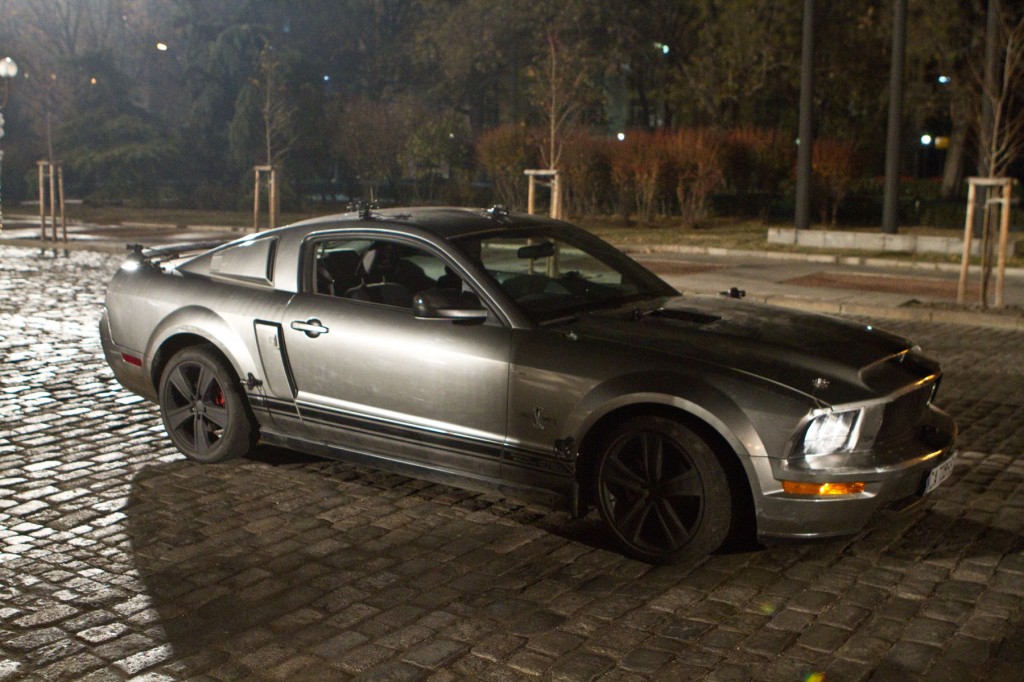 Two genuine Shelby GT500 Super Snakes were used to make the film. One was driven in scenes filmed on location in Bulgaria while another was tapped for audio recording in Los Angeles. The film’s director and producer, Courtney Solomon, made the decision to use a Shelby.

“Since ’Getaway’ takes place in a foreign country, I felt strongly that we needed the quintessential American muscle car with enough star power to shine with Ethan and Selena,” said Solomon. “With 725 horsepower, amazing capabilities and great looks, the Ford Shelby GT500 Super Snake was ideal for this ‘role.’ Our film hasn’t even opened yet, but the tremendous interest in ‘Getaway’ by car enthusiasts is impressive. We look forward to taking audiences on the ride of their lives in the Shelby Super Snake.” 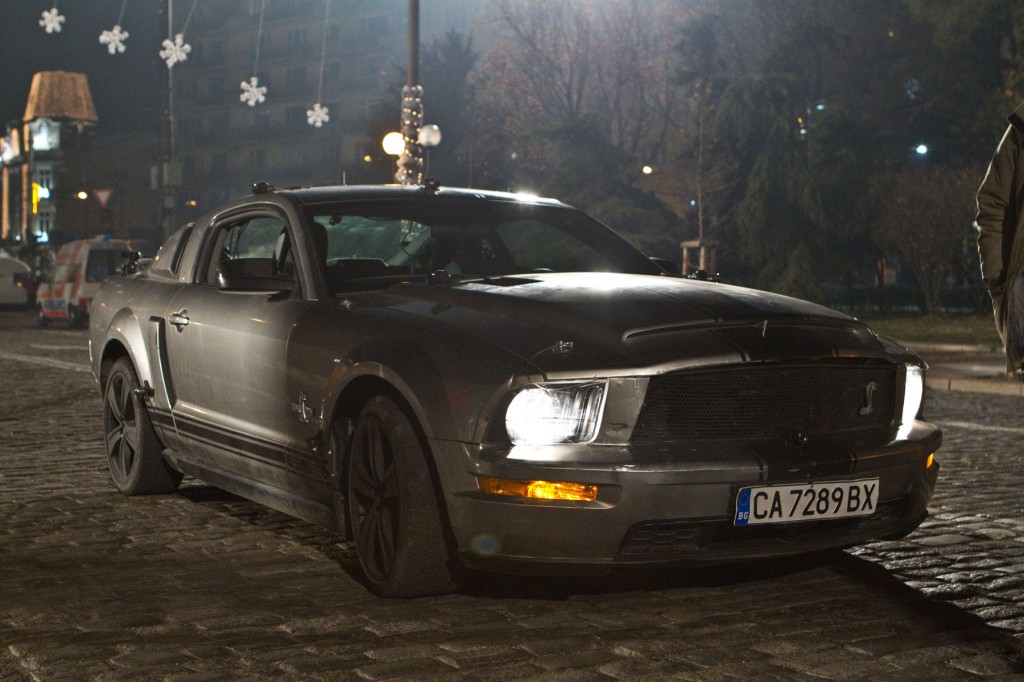 The film is a gritty, heart-pounding thriller in which former racecar driver, Brent Magna (Hawke), is pitted against the clock. Desperately trying to save the life of his kidnapped wife, Brent commandeers a custom Ford Shelby GT500 Super Snake, taking it and its unwitting owner (Gomez) on a high-speed race against time, at the command of the mysterious villain holding his wife hostage.

“We were pleased when the filmmakers chose the Shelby GT500 Super Snake for their movie,” said Tracey Smith, president of Carroll Shelby Licensing. “Over the years, Shelby cars have become a pop culture symbol of the American spirit and performance. The majority of Shelbys featured in past films were built in the 60’s, so we’re thrilled that ‘Getaway’ includes a modern GT500 Super Snake to illustrate how the brand continues to push the boundaries of power and performance today.”

The Super Snake post-title package for the Ford Shelby GT500 pushes the muscle car into the highest realm of performance. The Shelby American team improves the horsepower, braking, handling and styling of the car, turning it into the most capable street legal vehicle in the world. A limited number are built each year. Packages are available for all 2007-2014 Ford Shelby GT500’s. Customers can build their dream Shelby Super Snake online at http://shelbyamerican.com/buildhome.asp.

About Carroll Shelby Licensing
Automotive manufacturer and entrepreneur Carroll Shelby is one of the most famous and successful high performance visionaries in the world. He was also a pioneer for modern automotive licensing programs; beginning in the 1960s, he began licensing his name and designs for various products. He founded Carroll Shelby Licensing Inc., which is the exclusive holder of trademarks and vehicle design rights for some of the most famous muscle cars and high-performance vehicles. CSL also holds trademark rights for Shelby-branded apparel, accessories and collectibles. For more information about the company or licensing opportunities, call (310) 914-1843, or fax (310) 538-8189 or write to Carroll Shelby Licensing, Inc., 19021 S Figueroa St., Gardena, CA, 90248, or visit www.carrollshelby.com, www.shelbylicensing.com or www.carrollshelbyinternational.com.