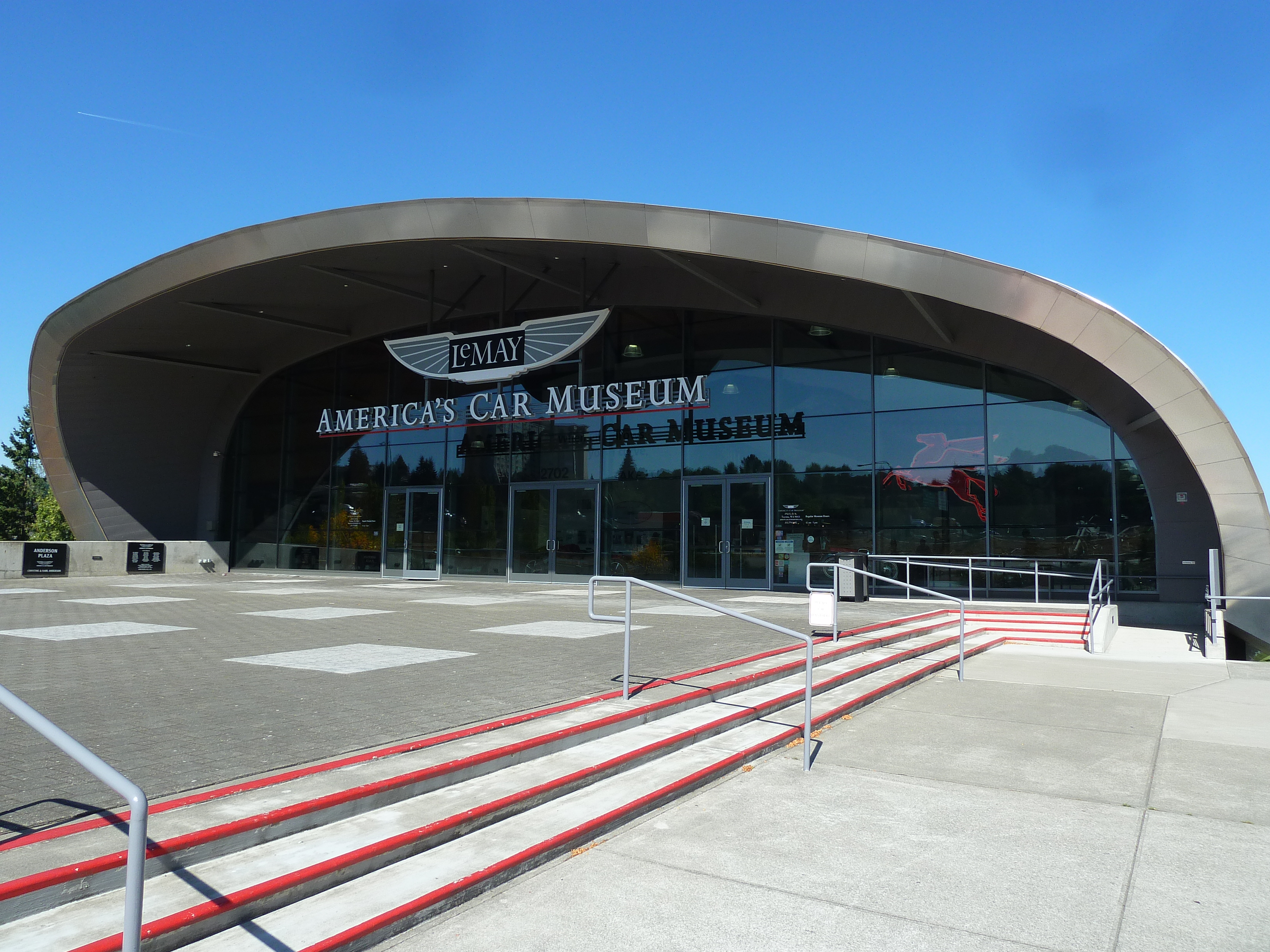 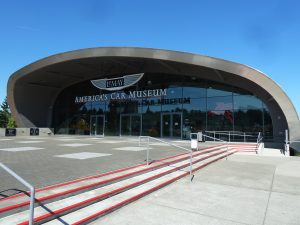 We’re all familiar with the expression “One person’s trash is another one’s treasure.” In the case of the late Harold LeMay, along with his wife Nancy, the trash led to the treasure. Washingtonians Mr. and Mrs. LeMay made their considerable fortune in the commercial waste management business – trash trucks. As is so typical of many uber-successful entrepreneurs, it all came from humble beginnings. Mr. LeMay began his business with a single trash truck. Which of course became two. Which then became many. 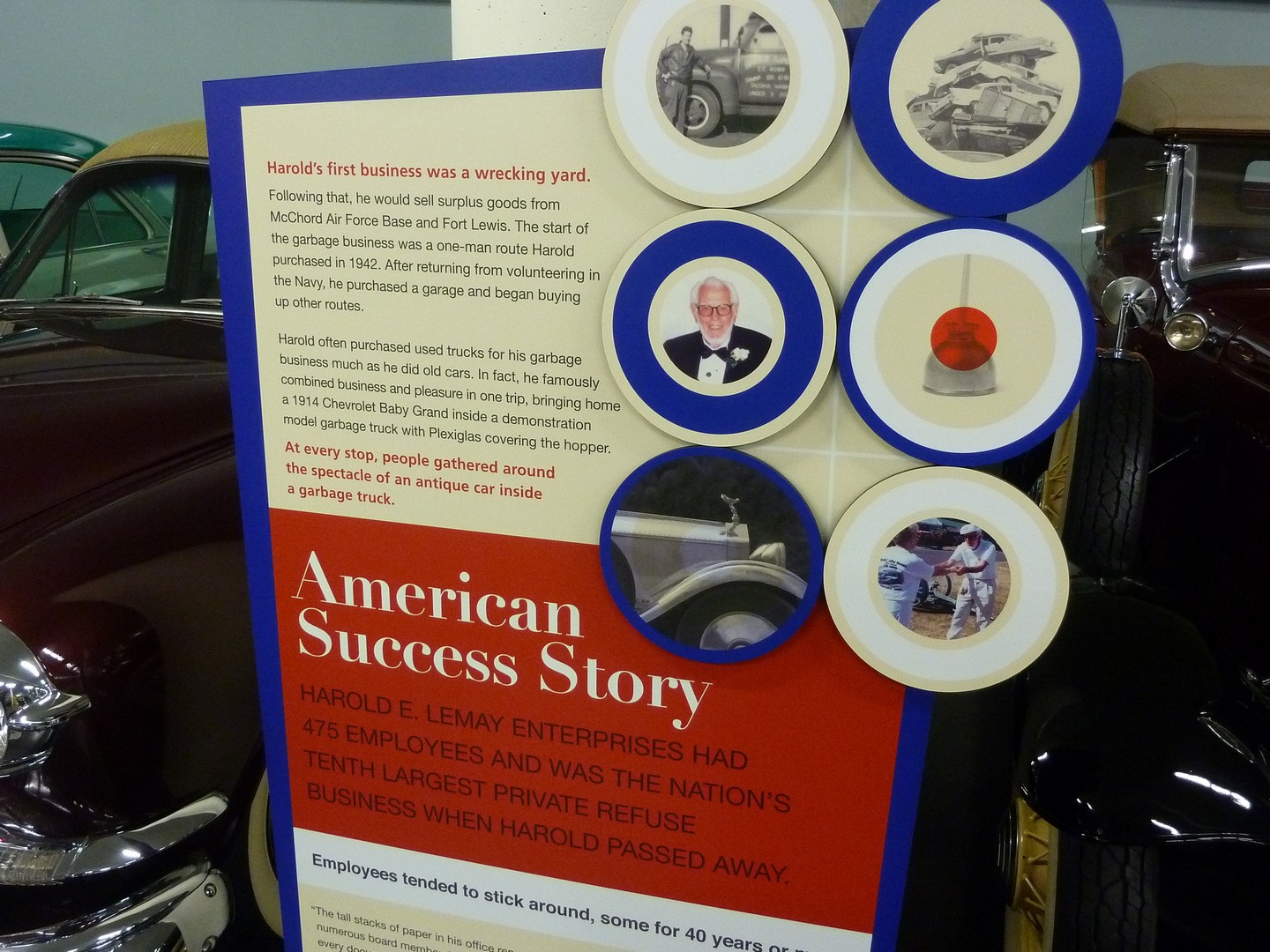 His business accomplishments supported a substantial classic car habit. And the ever humble, “couple next door,” the LeMays went big – not to be confused with showy – on their passion for automobiles. Over time, they amassed a gathering of some 3000 cars, trucks, and motorcycles, claimed to be the largest single family-owned car collection in the world – although it would be interesting to compare this number to that of the late entertainment, gambling, casino, and hotel magnate William F. Harrah – the original “mega collector” if there ever was one. Mr. Harrah’s rambling campus in Reno Nevada also at one time comprised several thousand vehicles. 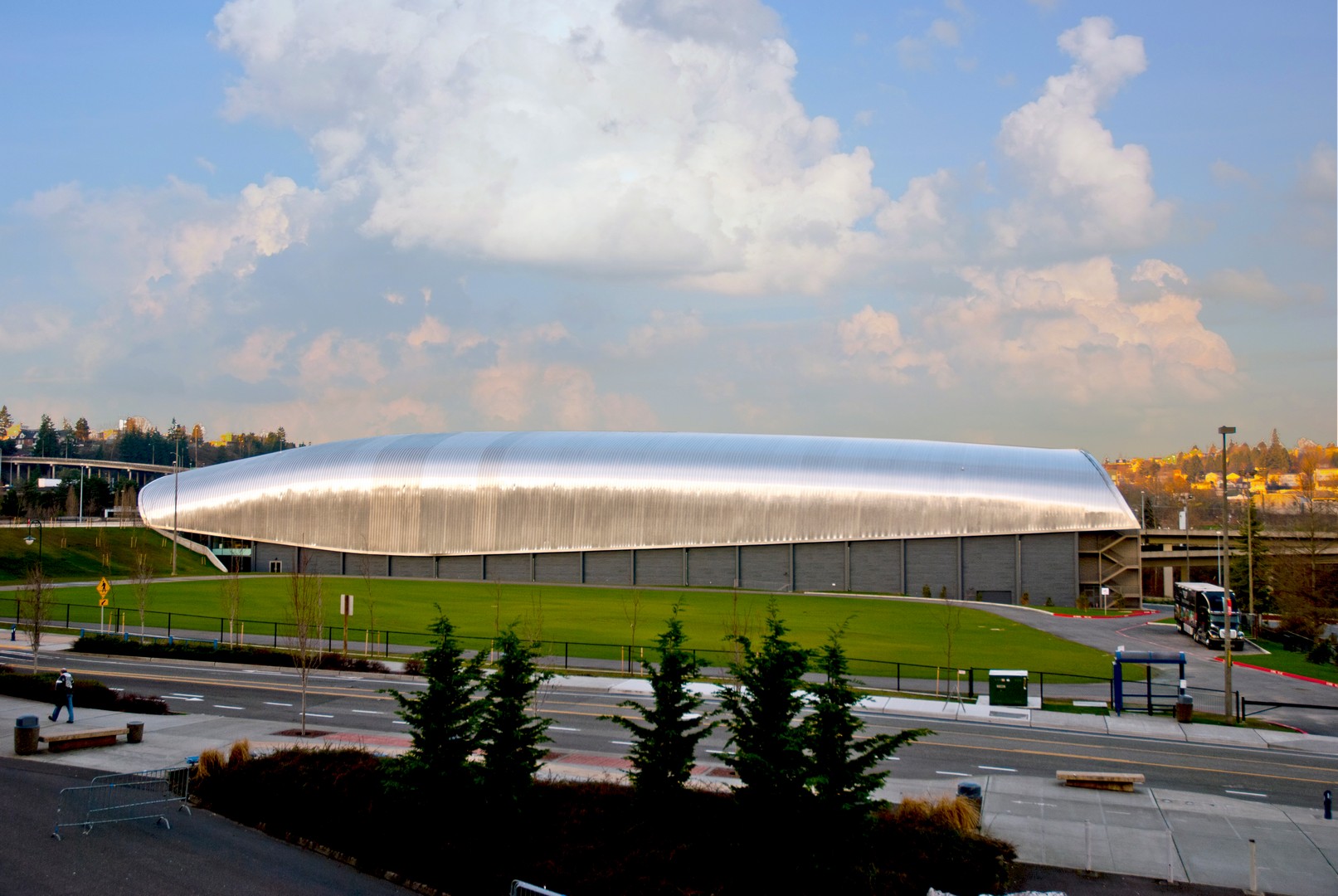 Expanding and Storing the Collection

No matter, Lemay’s collection became so large they ran out of space to house everything, ultimately purchasing a former school property to expand their storage horizon, not to mention stashing cars in who knows how many garages and other properties around their home city of Tacoma, Washington. In 1997, the LeMays, with the assistance of business leaders from their city, state, and the automotive enthusiast and business community around the world, formed the Harold E. LeMay Museum and committed themselves to donating their Collection to the Museum for public benefit.

As a not-for-profit, charitable organization, the Museum was chartered to preserve and interpret the history and technology of the automobile and its influence upon American culture. A high powered and well-credentialed board of directors and steering committee was assembled with the notion of conceiving, designing, building, populating, and administrating a proper museum property that would professionally curate, honor, display and care for the best of the LeMay’s collection, and be a jewel in the public “places and spaces” crown of Tacoma.

No dusty dark warehouse would this be: Among the most significant decisions and steps were to conceive and create a museum structure and campus like no other worthy of the exhibits, activities, events and educational missions to be contained and enjoyed therein. 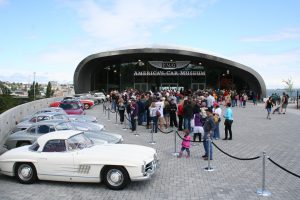 The foundation, literally, of the plan was to select and procure the right spot; which happened with the highly significant and valuable grant of a nine-acre land parcel by the city, (directly across the street from the Tacoma Dome sports complex, and highly visible from the Interstate Highway 5 freeway). Naturally, the ideation, design, and construction of such a property would take years and cost millions, so design, planning and fundraising headlined the next major tasks. The museum opened in 2012.

The End of an Era

It is unfortunate that Mr. LeMay himself didn’t live to see the results of these efforts in his honor, yet the LeMay family was fully dedicated to the cause and stayed the course to ensure that it all happened in proper form, fashion, and style, Harold himself passing away in 2000. Even though the LeMays are very proud Americans, and that one of the Foundation’s missions is dedicated to promoting America’s automotive history, the collection and the museum’s exhibits aren’t in any way limited only to American cars and stories.

It’s fair to say that there’s something of an emphasis there, yet there’s no profiling allowed, and thus you’ll find many and plenty of international hardware to enjoy. 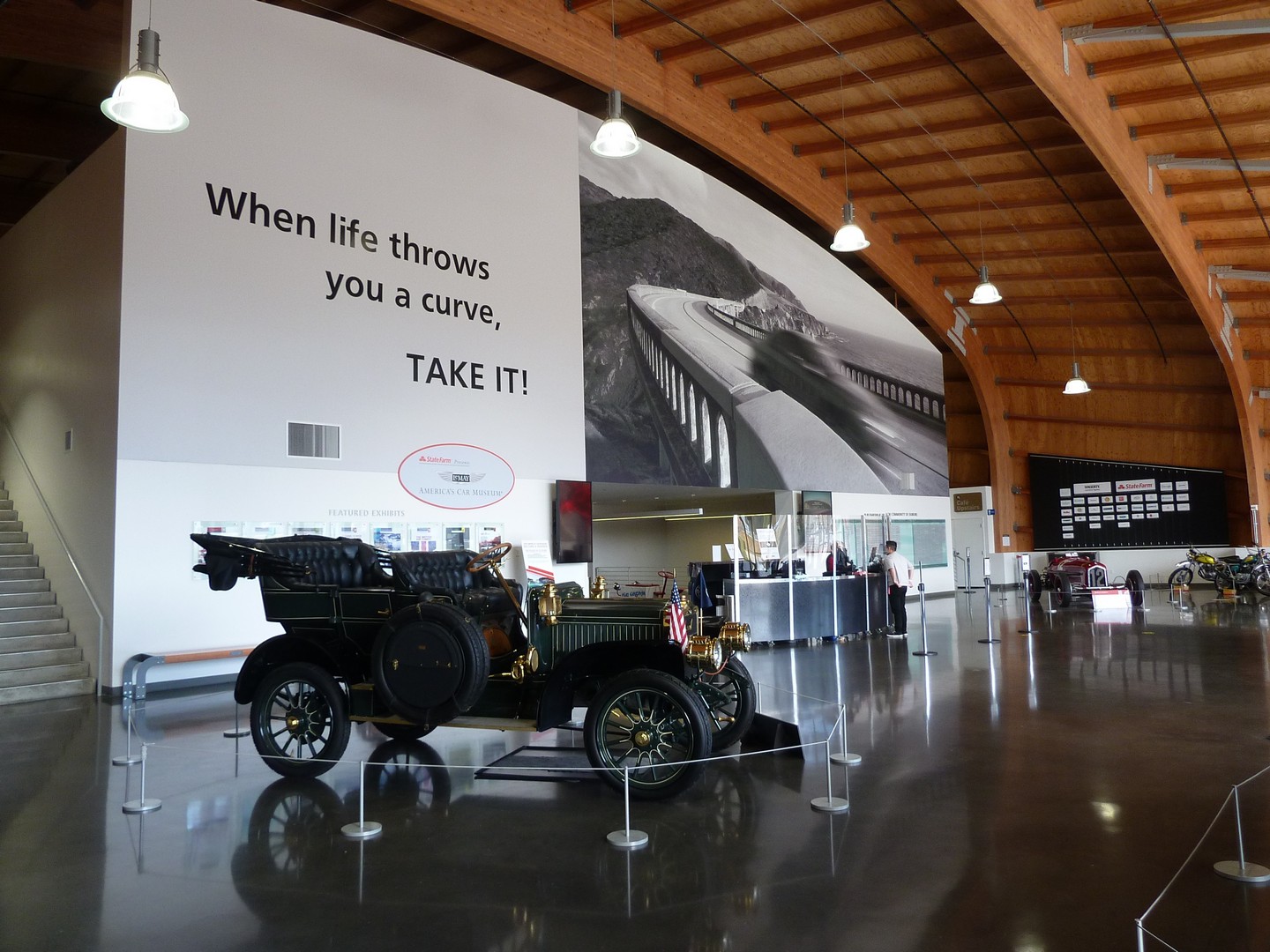 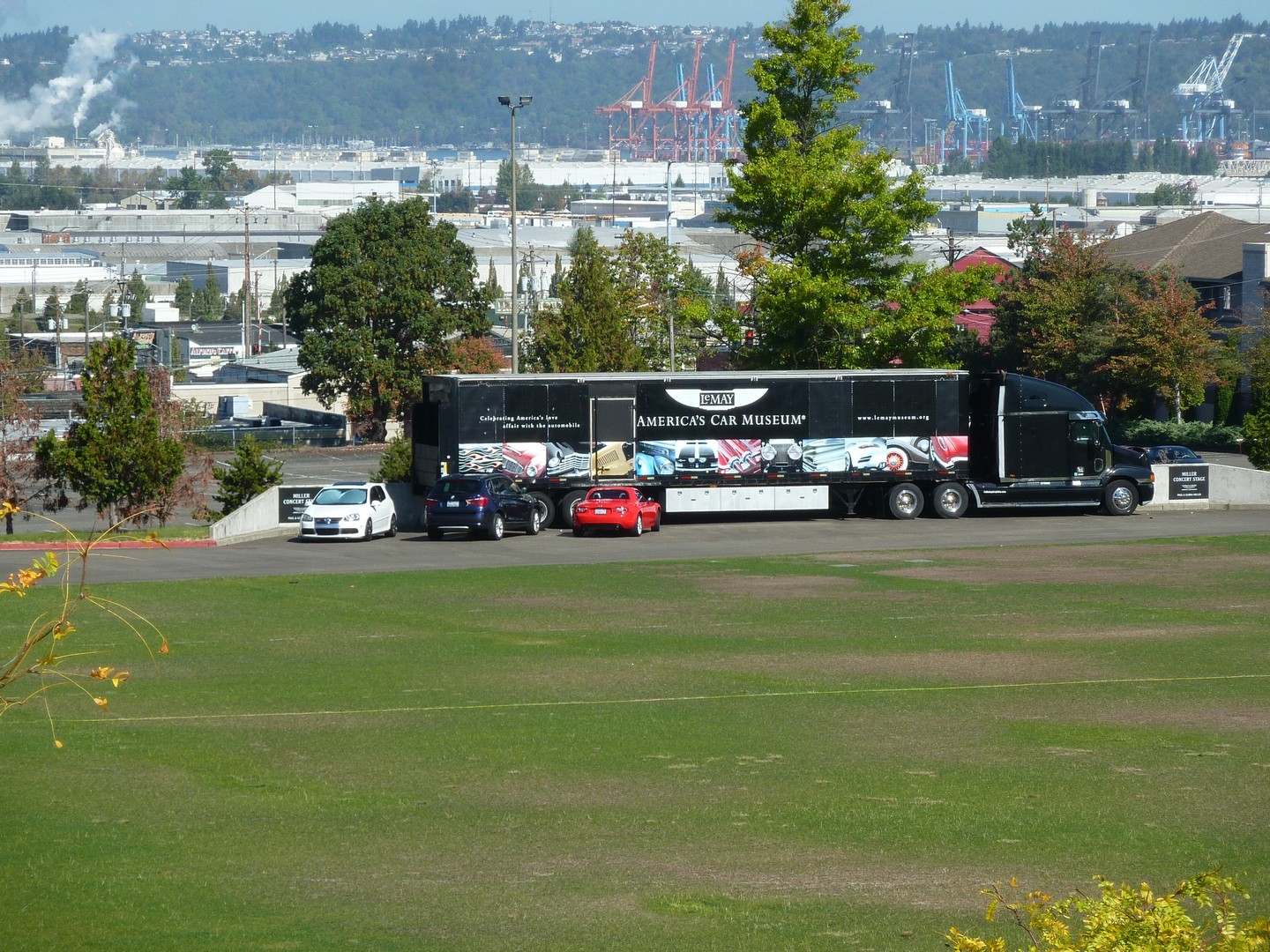 As you can see from the photos, the campus property itself is very much part of the show. The primary museum building is an architectural wonder which some would liken to the basic shapes and proportions of an aircraft hangar, or perhaps a massive blimp.

You enter on the top floor of the structure, and series of ramps, hallways and elevators transport you to lower floors, with various exhibits dotting the journey along the way. The 165,000 sq. ft building – about three-and-a-half football fields under roof, or nearly 3.8 acres– includes a maintenance and restoration shop, meeting rooms, theater, educational exhibits, offices, café, a bevy of simulators, gift shops, and car storage plus its own expansive banquet hall.

The top floor is particularly dramatic, crafted of massive wooden beam structures and ceilings, with no poles or central supporting structure to limit or obstruct the views. The campus also boasts a 3.5 acre showfield, which draws considerable car club and cars’n’coffee use. A balcony overlooks greater Tacoma and the Pacific ocean harbor. Breathtaking almost covers it. But not quite. 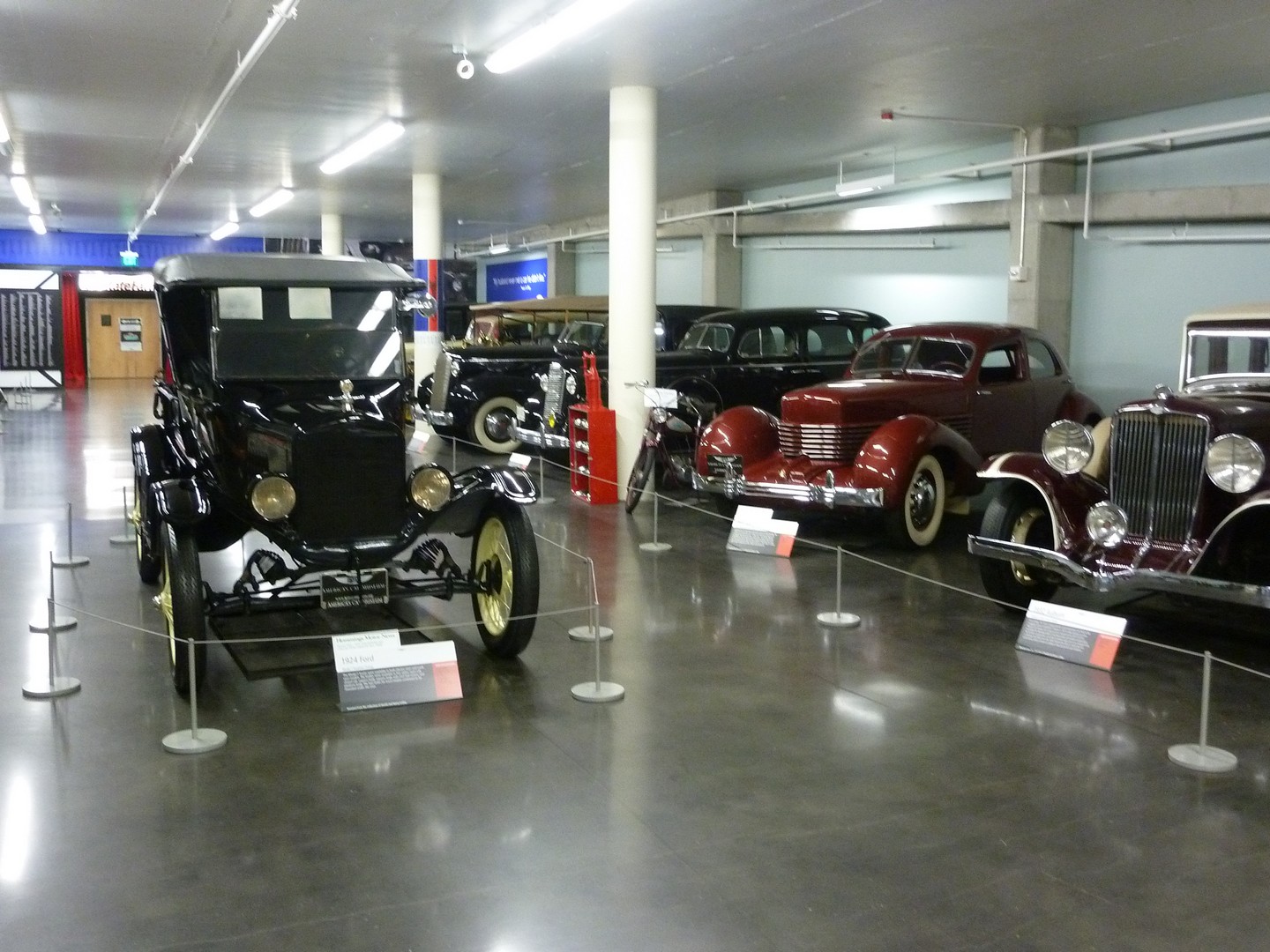 Naturally, the LeMays’ own collections are prominent in the exhibit makeup, yet depending upon the individual theme of any rotating exhibit, cars, bikes, and properties from around the world often populate the spaces. During our visit, there were cyclical exhibits dedicated to Custom Coachworks, the British Invasion, NASCAR, Route 66, an educational space dedicated to transportation fuels technology, called Powering The Future, (including gasoline, solar and electrification), plus Lucky’s Garage – Mr. LeMay’s nickname was “Lucky,” and this floor and exhibit are made up primarily of LeMay collection properties, running from some of the earliest examples of motoring, to the first production Studebaker Avanti, to many 60s and 70s greatest hits. 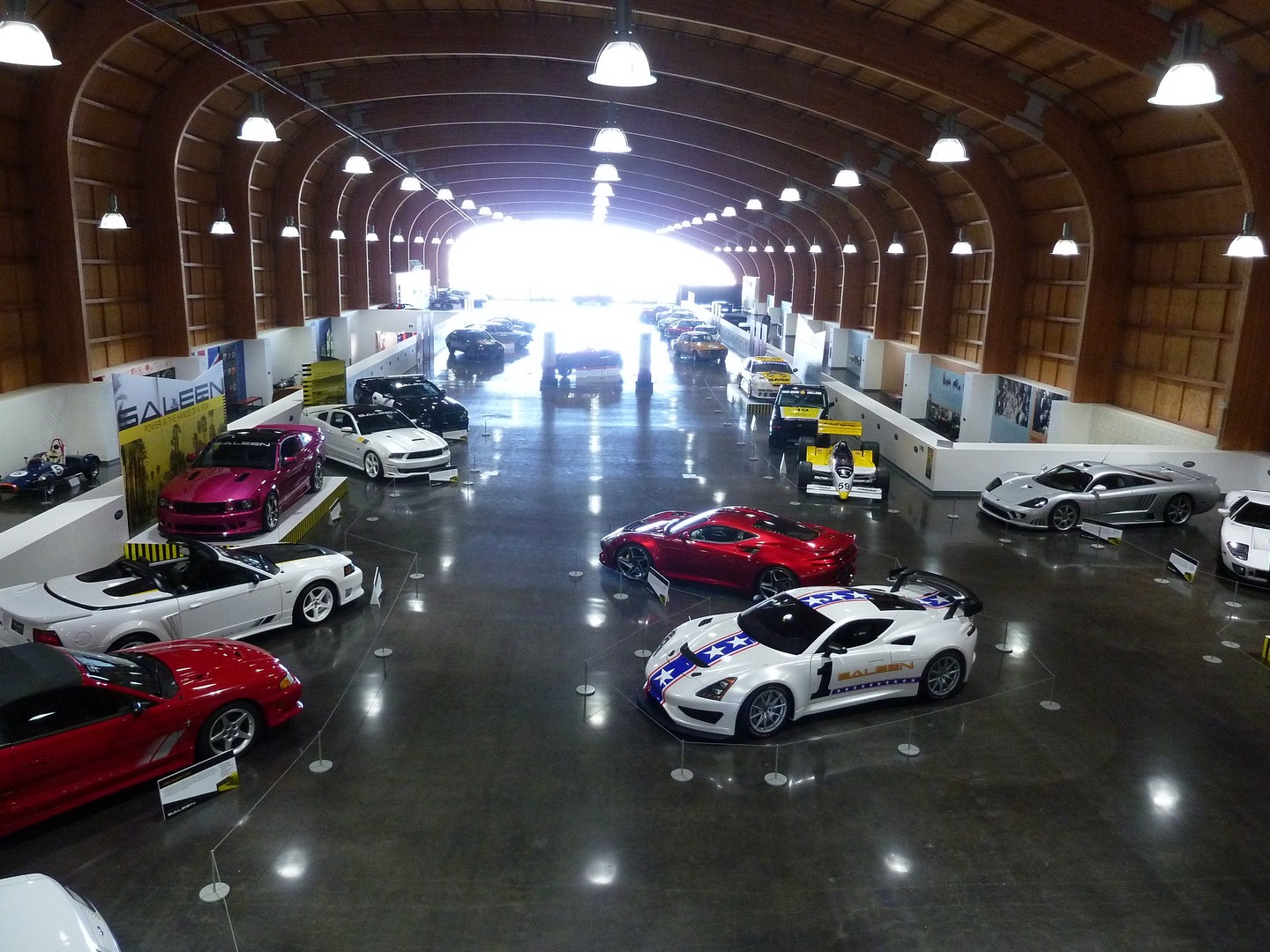 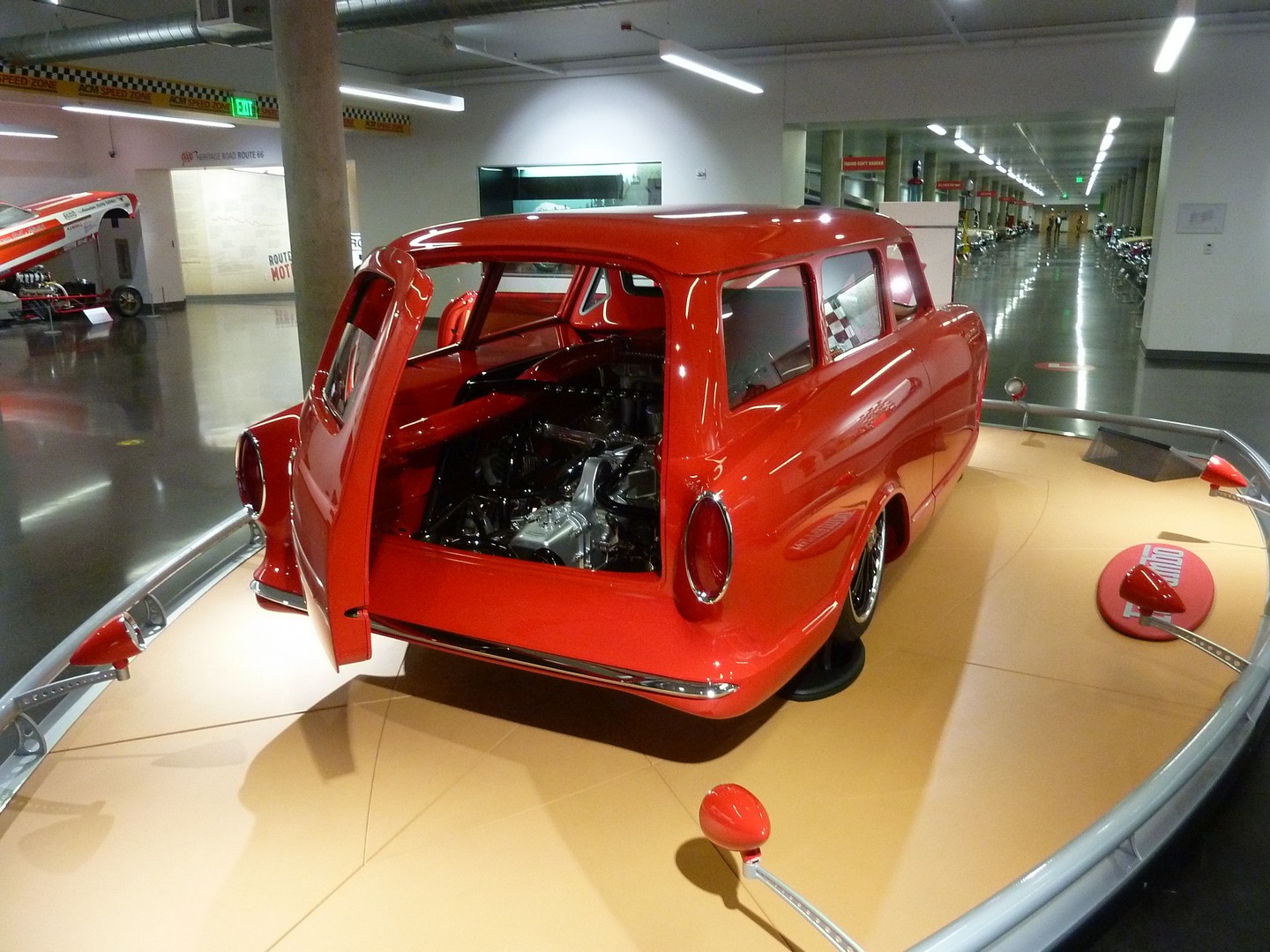 You’ll also learn a lot about the late Harold LeMay and his family. Mr. LeMay could have just as well been named “Average Joe” or “Joe Average” because that’s who he was. He generally liked to fly a bit below the radar, although was anything but a hermit or hoarder; he often wore a set of coveralls with the name patch that read Joe or Steve or something else innocuous. 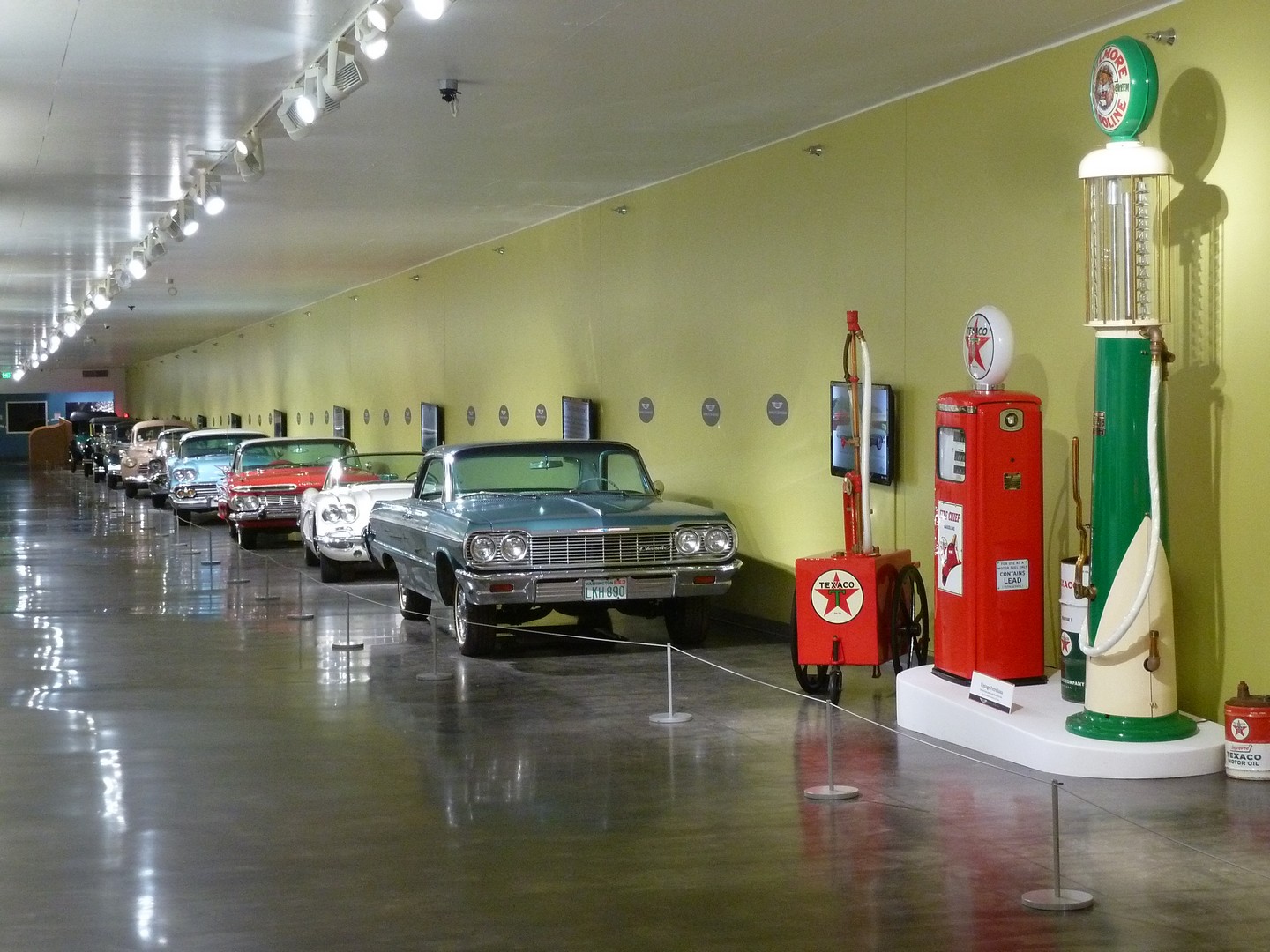 It took Mr. and Mrs. LeMay a lifetime to build their enormous collection, yet fortunately they decided that post their use and enjoyment of their thousands of great cars, trucks, and bikes, it all had a greater calling beyond the personal, which is why it was all donated to the foundation that bears their name, to be now and forever shared for the greater public good at this marvelous place.

Class move, Mr. and Mrs. L, and family. Thank you.