Cool Cars From the Streets of Japan 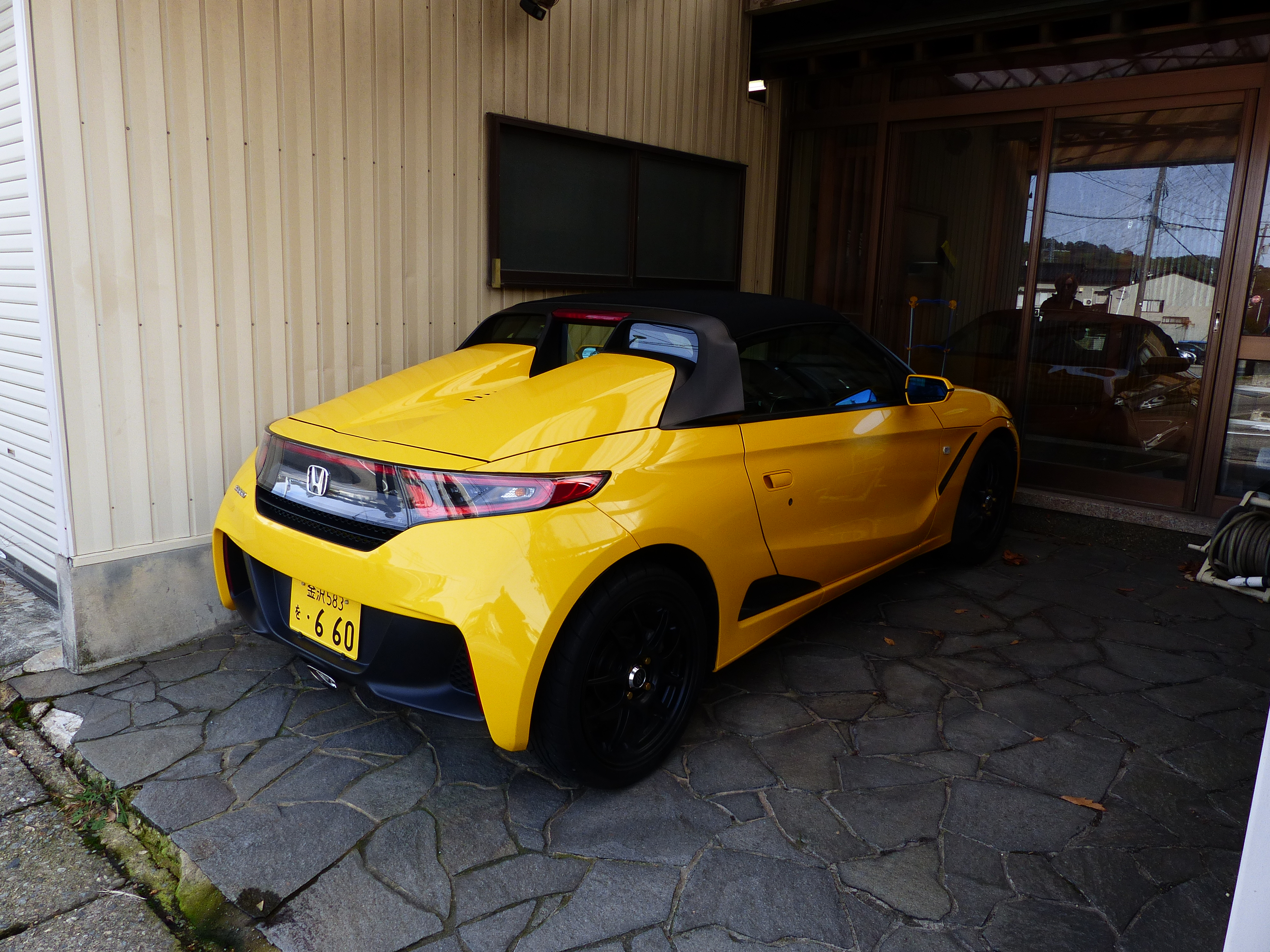 I’ve been lucky enough to travel a good deal of the world, prior to 2020 at least.   Among my pursuits  in doing this is to get up close and personal with the car scenes in different countries. And of course I bang off endless happysnaps of all the interesting things I see while out on the streets.  In this installment, check out the hardware from Kanazawa, Nagoya, and Tokyo, Japan. 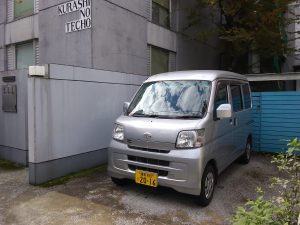 Much of the modern, industrial, office, and commercial architecture in Japan is very linear and squarish. And so are so many of the cars and vans. And the latter tend to be smallish, as parking always seems to be at a premium

Like most countries, there’s a wide variety of local and imported car culture there.  Japan enjoys a considerable automotive enthusiast community, as there’s a plethora of interesting performance and personalized cars to be seen, home grown and otherwise.  Of course there are race tracks, museums, and all that too, some of which I’ll cover in a future post.  And luxury cars, taxis, trucks and vans, the Fast N Furious crowd and just lots to see and enjoy.

Lots of photos to follow, and you can click on any one of them to see full screen in High Res 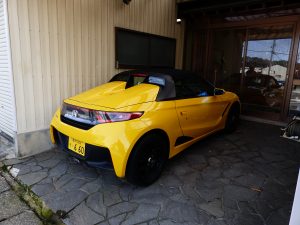 Check out this cool, targa topped Honda sports car, the name of which escapes me at this moment 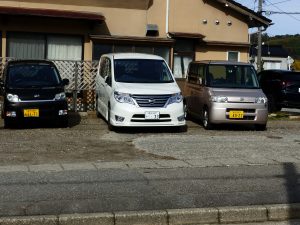 Vans of all type and sizes are extremely popular in Japan — efficient ways to move people and stuff, for private use and commercial 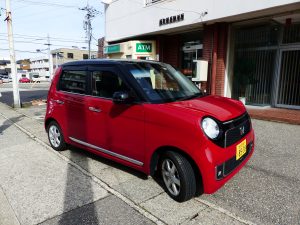 As you’d expect, micro sized “city cars” are extremely popular in Japan, as gas is expensive, some roads are traffic clogged, and parking is always at a premium. Most are Japanese (like this Honda) while others are Korean and occasionally Indian brands. 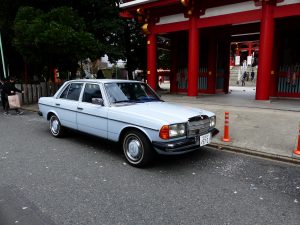 I love W123 series Mercedes-Benz coupes, sedans, and wagons. This small-bumpered 280E is as clean as you’ll find them anywhere 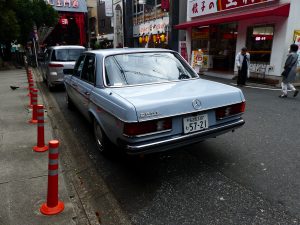 You may or may not find these mid-sized Benzes exciting, but I appreciate them so much for their clean familial design, rock solid engineering, and world class built quality 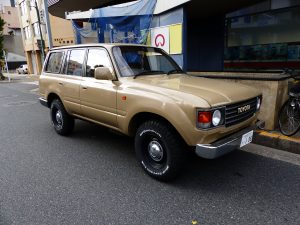 You won’t find a cleaner Toyota FJ60 Land Cruiser than this one; immaculate in every way, and I really dig the steel wheel, hubcap and white letter tire combo 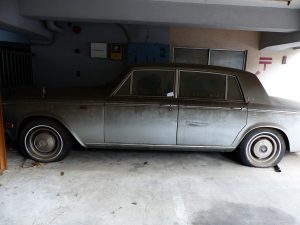 Barn (or in this case carport) finds are everywhere, including Tokyo. This hapless Rolls-Royce Silver Wraith II doesn’t deserve this fate. It appears complete, and could be recommissioned, but it might be an expensive notion 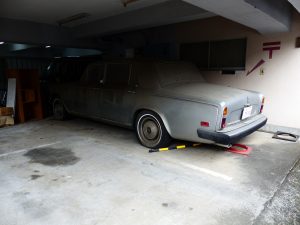 Another look at this poor forlorn Roller. Makes me sad, but true 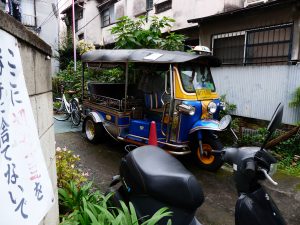 Tuktuks are popular taxis in smaller Japanese cities, and the owner/drivers love to overdecorate them in charmingly tacky ways 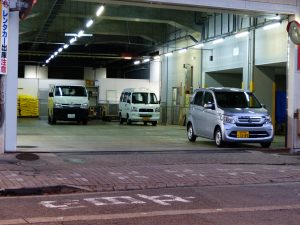 Remember what I said about the popularity of vans in Japan? 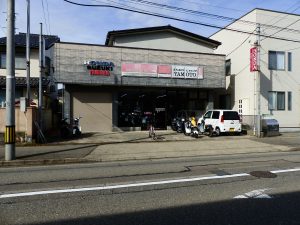 There are lots and lots of superbikes (and Harleys) in Japan, but most dealer outlets such as this do most of their business selling and servicing scooters 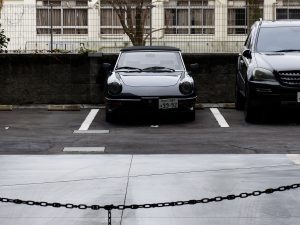 I didn’t see a ton of Italian cars in Japan, but one pleasant spotting was this clean Alfa Spyder, which appeared to be someone’s every day driver 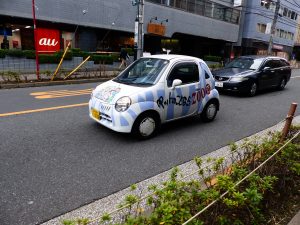 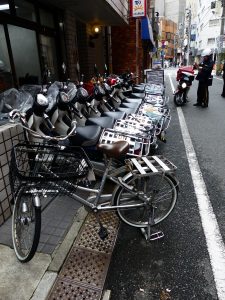 Japan’s other most popular mode of personal transport is of the two-wheel, pedal powered variety 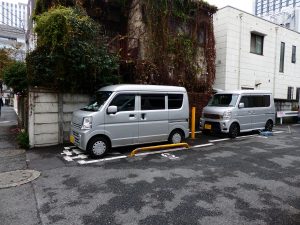 No quite separated at birth? 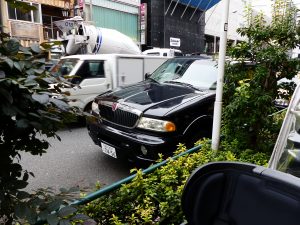 Not Expected Here, I was surprised to spot this older Lincoln Navigator on the streets of Tokyo, although American branded vehicles are popular there

Fully kitted out full size vans often serve as limos in Japan, this one getting the full on Yakuza (org crime) custom job 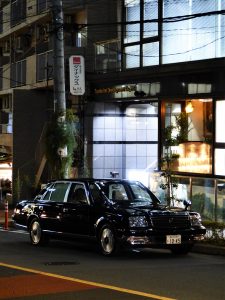 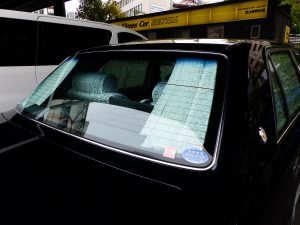 Check out the lavish curtains and upholstery in this Century. Some ran V-12 engines, new examples powered by Lexus V-8s 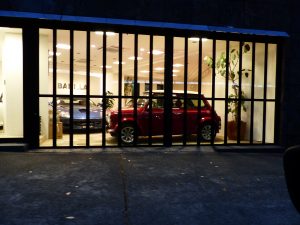 Maranello and Mini meet in this mini exotic car showroom. I only saw this flashing by in a cab and didn’t have the chance to investigate further, but wish I had