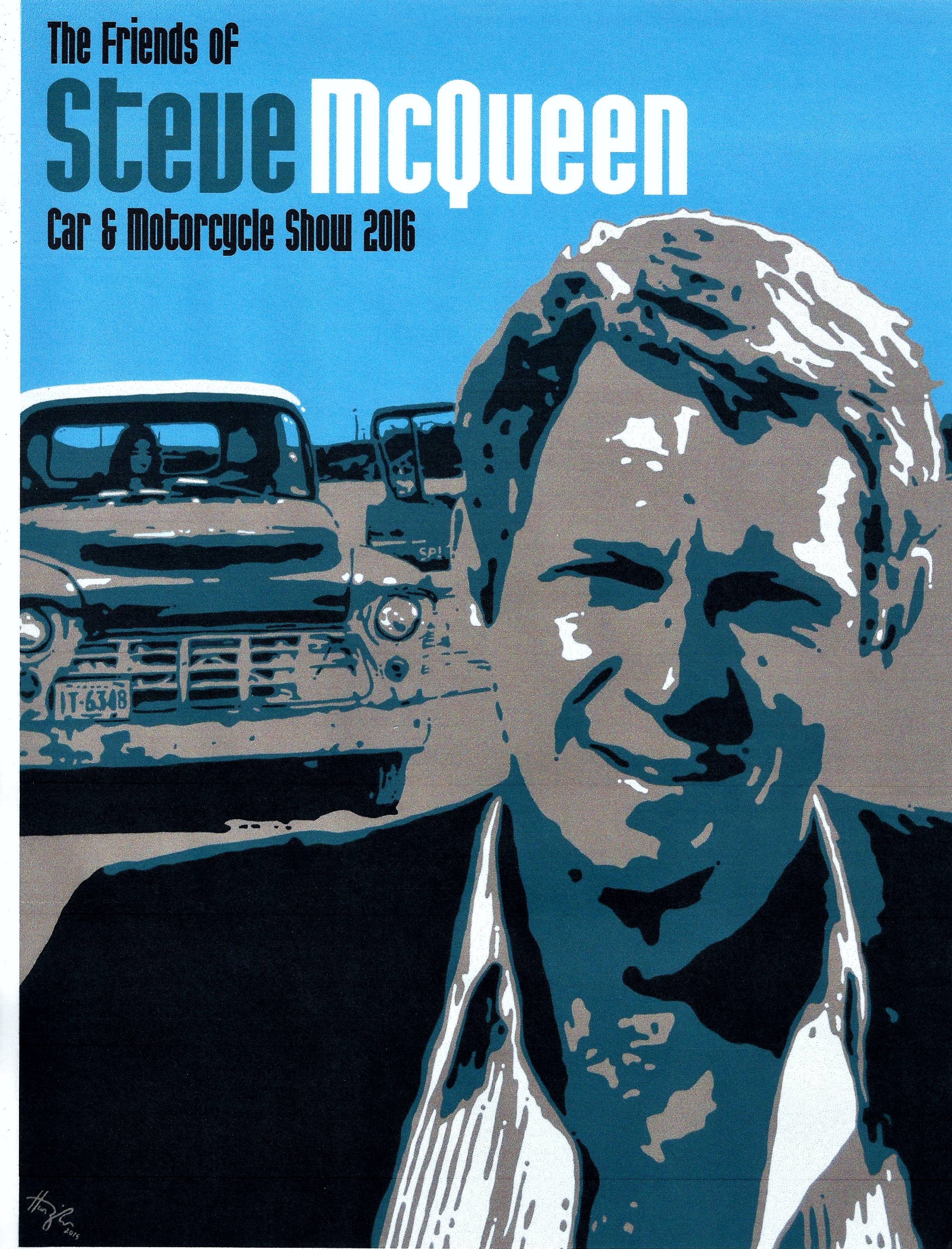 Chino Hills, CA: Automotive aficionados needn’t pull off a bank heist, or go on the lam to appreciate a getaway to the 2016 Friends of Steve McQueen Car and Motorcycle Show at Boys Republic in Chino Hills, CA. The theme of the 2016 event will revolve around the 1972 film, “The Getaway”, directed by Sam Peckinpah and starring Steve McQueen and Ali McGraw.

The Friends of Steve McQueen Car and Motorcycle show raises funds for Boys Republic, a private, non-profit, nonsectarian community for at-risk boys and girls, ages 13-17. The show, established by members and friends of the Porsche 356 Club of Southern California, attracts automobile, motorcycle and off-road enthusiasts from throughout the United States.

The action commences Friday evening, June 3, with “The Getaway” themed VIP dinner. The evening kicks off with a silent auction and wine tasting, followed by the dinner program with live auction. The meal is planned, prepared and served by students of Boys Republic.

The car and motorcycle show takes place Saturday, June 4. Discounted pre-registration opens January 1, 2016 on the website and closes May 1, 2016. Due to space limitations, pre-registered vehicles will receive first priority in display placement.

The automotive gathering has experienced steady growth and increasing popularity, witnessed by the exhibition of 400 classic cars, motorcycles, travel trailers, and trucks at the 2015 event. Approximately 8,000-plus attendees perused the grounds, enjoying an up close and personal view of these collectible vehicles.

This year, the show will feature a “911 BR” project car, to be financed and developed by supporters of Boys Republic. The air-cooled, 1980 classic 911 will be restored and auctioned at a later date, with all proceeds to benefit the school.

Over the past eight years, the car and motorcycle show has raised more than $1 million, with all proceeds donated to Boys Republic. As a result, improvements to the campus include a new teaching bakery, renovations of the 60 year-old gymnasium, and complete renovations to the six campus living units. For students participating in the school’s re-established auto-tech program, monies have been pledged to fund an annual scholarship to graduates continuing these studies at the community college level.

Established in 1907, Boys Republic is a private, non-profit community for at-risk teens. McQueen attended the school from 1947-49. The actor credited Boys Republic with turning his life around and pointing him on the path to stardom. McQueen never forgot, and remained involved, even after he became a Hollywood legend. The McQueen family continues that involvement today.