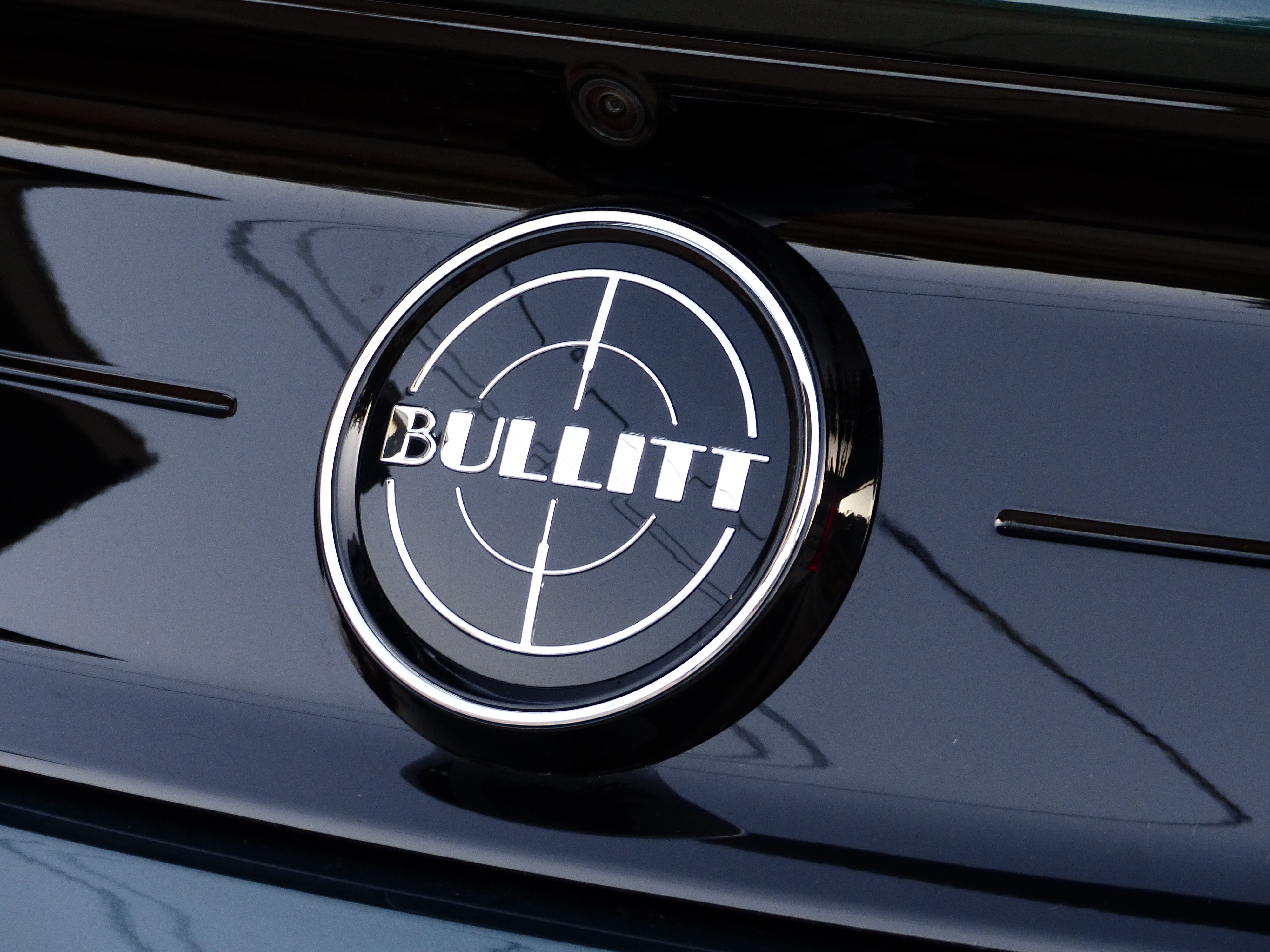 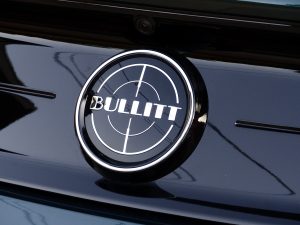 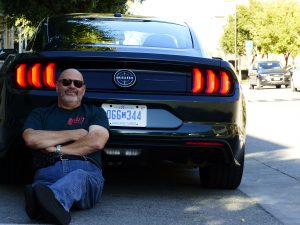 SAN FRANCISCO, Calif. – We’ve been aching to get behind the wheel of the new Ford Mustang Bullitt Edition ever since it was introduced at the North American International Auto Show in early 2018. Seeing the new car up on that big stage, sitting alongside the original ’68 Mustang GT 390 used in the making of the film, both presented by Steve McQueen’s granddaughter Molly, was a heady sight for any Mustanger. It was also a dream come true for every Bullitteer, who has long wondered the story of where chassis “559” the “beauty” or “hero” car from the 1968 production of Bullitt had been hiding all these decades. Seeing it, in such deeply original condition yet alive and well, up on stage next to Ford’s third special Mustang Bullitt edition model, confirmed that the legend of Bullitt, and enthusiasm for Mustang, is in fact as strong as ever.

As you know, the 2019 Mustang Bullitt edition package is much more than just a Highland Green Metallic paint job on a Mustang GT. The new Mustang Bullitt builds upon the goodness that is the 2019 Mustang GT, retaining the 5.0-liter DOHC TI-VCT V-8 but cranking up the horsepower from 460 to 480, with torque unchanged at 420 pounds-feet at 4,600 rpm. The only transmission offered (or needed) is the slick-shifting 6-speed manual with the innovative Rev Matching feature, and including a white shifter ball inside in recognition of the white shifter ball atop the Hurst 4-speed stick in the movie car.

Today’s Bullitt also gets the GT’s premium Brembo six-piston front calipers along with 15.5-inch, internally vented rotors, plus 15-inch rotors and four-piston Brembo calipers aft – serious brakes, all around. MagnaRide dampers and driver-adjustable drive modes are standard too, as is a grumbling, barking quad-tipped dual exhaust setup with Ford’s amazing Active Valve Exhaust System that allows the motor-music sound levels to be modulated by the driver or by throttle settings.

For all the great hardware, it’s the look that really drives home the Bullitt edition Mustang’s connection to 1968 and Steve McQueen. The bodywork is shorn of GT and 5.0 badges, and the grille loses its signature running horse emblem. The body is served up in your choice of Highland Green Metallic or Shadow Black (in our opinion, the Black is very attractive, the Green far more authentic). The lone Bullitt badge is that on the faux gas cap emblem in the center of the upper rear fascia panel; the Bullitt Edition package also deletes the rear spoiler wing. The lower front grille is a Bullitt-specific piece, and there are no scoops on the Bullitt’s smooth hood. So the look and color palette is true to the movie cars; minimal bright trim, lots of blacked-out detailing, and (on our test example) Highland Green Metallic paint.

The other primary homage to the original movie cars is the use of 2019 Bullitt Edition specific 19×9-inch (front) and 19×9.5-inch five spoke alloy wheels, with their black-painted spokes and polished lip surfaces very much resembling modern versions of the 15-inch American Racing Torq Thrust D wheels used on the movie cars.

The stock GT seats are upgraded to the great-looking and superbly supportive Recaro chairs in black leather with green logo stitching; the dash wears handsome machine-turned aluminum trim panels; and the threshold sill plates wear “Bullitt” ID. Each new Mustang Bullitt also carries a serialized ID plaque on the passenger side of the dashboard, identifying its place in the limited-edition production run. All-in-all, it’s a very comprehensive package of appearance and performance, modern — yet paying legit homage to the original movie cars, and one we suspect that Steve McQueen himself would like and enjoy driving.

In order to further drive home this car’s connection to the 1968 film classic, it was a no-brainer that only a trip to San Francisco would do for our test drive. So we did. And it only seemed right to visit some of the more iconic locations featured in the film. So we did that, too.

Bimbo’s 365 nightclub and cabaret, at 1025 Columbus Avenue, looks much the same today as it did in 1968.  In spite of the potentially derogatory name (actually the nickname of one of the club’s previous owners), this club has featured huge music and comedy acts over time. The club is clearly visible through the windshield of Frank Bullitt’s Mustang as Bill Hickman, playing a mafia hit man and Dodge Charger-wielding getaway driver in Bullitt, snaps his seatbelt closed. He then bangs a hard, tire-smoking left turn up Chestnut Street to ignite the 10 or so minutes of motorized mayhem that many acknowledge as the best automotive chase scene ever put to film.

We also visited the intersections around Taylor and Filbert Streets; these are the Russian Hill areas in which the Mustang and the Charger are seen flying through the air and bouncing down San Francisco’s considerable hillside streets. These streets appear much steeper in person than they do on camera – as the long lenses used to capture these epic and iconic scenes tend to have a “flattening” effect. But driving up and down these streets today gives you pause to consider how dangerous this stunt-work was, as the cars caught major four-wheel air and then came crashing down on the suspensions (and often their oil pans).

The guys who drove those stunts: Hickman, Bud Ekins, Stunt Coordinator Carey Loftin, and McQueen, all combined major skill and extra-major guts to perform their stunts at high speeds, especially given the tire and brake technology of 1968, and being out on public roads, with cars parked along the streets. Whew!

No matter, the new Mustang Bullitt handled San Francisco’s hilliest streets and intersections with aplomb; the engine boiling out a generous mountain of torque even at low RPM, managing the hills and stoplights with minimal engine revs or clutch slippage. The Mustang’s “hill holder” clutch capability allows the car to sit at a hilly intersection without fear of rollback, holding the car until the driver releases the brake pedal and moves for the throttle to manage a smooth takeoff from the light. This is highly valuable technology and works superbly.

After the pulse-elevating moments on Taylor Street, we felt it time to visit a few calmer locations. One that really impresses with its architectural majesty is Grace Cathedral. Even though McQueen and the Mustang don’t feature in the scenes shot on the steps of this magnificent structure which dates to 1862, it’s an iconic Bullitt location. It was where the prosecutor, played by Robert Vaughn, serves the police captain with the writ of habeas corpus for the Mafia witness Johnny Ross.

One of Bullitt’s more charming scenes takes place at the neighborhood market at 199 Clay Street, where Lt. Bullitt stops in to get a San Francisco Chronicle from the metal newspaper vending box in front of the store.  He counts his change and, when he realizes he’s a few cents short, he looks around to see if anyone is watching — then bangs on the top of the box which pops it open so he can steal a paper. He then calmly enters the store for an armful of TV dinners.

The Market looks much as it did in 1968, and there are now photos of McQueen hung inside the store. The clerk asked me if we needed help, and we mentioned to him that we were there on a personal Bullitt tour and he said that the store is a frequent stop along the trail for many visitors, noting that: “People still remember. They remember Bullitt and McQueen, and want to stop here and bang on the newspaper box.” Sadly, the paper vending box is no longer on the property, having been removed some time back.

The corner of Larkin and Chestnut streets is another highly significant intersection along the Bullitt Trail. This is where McQueen misses a turn, and then calmly grabs reverse gear while making the famous tire-hopping backup burnout. As seen in the film, he corrects his trajectory, then selects first and seriously smokes the rear hides as he charges up Chestnut.

Also at this same intersection is where the bad guys’ Charger runs a little wide when barreling through the intersection, taking out a stationary camera. Drive a bit further down Larkin Street from this intersection and you’ll see a magnificent view of the San Francisco Bay, with Alcatraz Island dead in the middle. This is also a spot where the Charger careens down the curvy hill, bangs the wall a bit, and loses yet another of its hubcaps.

There are certainly other scenic and important locations along the chase scene route, but by the time we’d seen these very special and easily recognizable spots, it was time to give the new Bullitt Mustang a rest, a full tank, and find us some lunch. Even though the chase scene appears to flow smoothly from locale to locale, in truth, the dots don’t connect as you see them in the film. Perhaps then it’s no wonder that Bullitt earned an Academy Award for Film Editing.

Driving the 2019 Bullitt Edition Mustang from L.A. to San Francisco, around town, and back home covered nearly 1,000 miles, and we are completely impressed with how it drives and works as a travel and road car. Of course it’s fast, but also docile when you want it to be. It cruises easily in sixth gear on the freeway, delivering reasonable fuel mileage in the process (the EPA rates this model at 15/25 city/Highway MPG, not bad for nearly 500 horsepower).

The handling is cat-quick with very high grip levels, all while maintaining a civilized ride quality and interior levels of quiet. Another feature that impresses is Rev Match downshift capability; there’s no need to rev-match or heel-and-toe your downshifts. Just depress the clutch and grab a lower gear, and the system gives you a crisp, barking throttle blip, along with a perfectly rev-matched downshift. Unless your name is Andretti, you couldn’t do it better yourself.

We also found the highly accurate and sophisticated navigation system extra helpful in getting around San Francisco’s oft-challenging city streets, with their combination of hills, dead ends and one-way avenues. This Nav screen is brilliantly clear and easy to program, and the system gives well-timed commands as to when and where to go. And that’s not to mention the car’s superb HVAC system. For all its muscle car prowess, the Mustang Bullitt is a highly sophisticated automobile.  And of course the sounds out of that rumbling, grumbling four piped exhaust system handily recall the movie soundtrack.

Anything missed on this great road trip? Not really, but after leaving the intersection of Larkin and Chestnut, we almost wish we’d have turned off the Traction and Stability Control systems by selecting the Race Mode, and practiced that reverse-gear burnout a few times. We suspect Steve McQueen would’ve been proud.