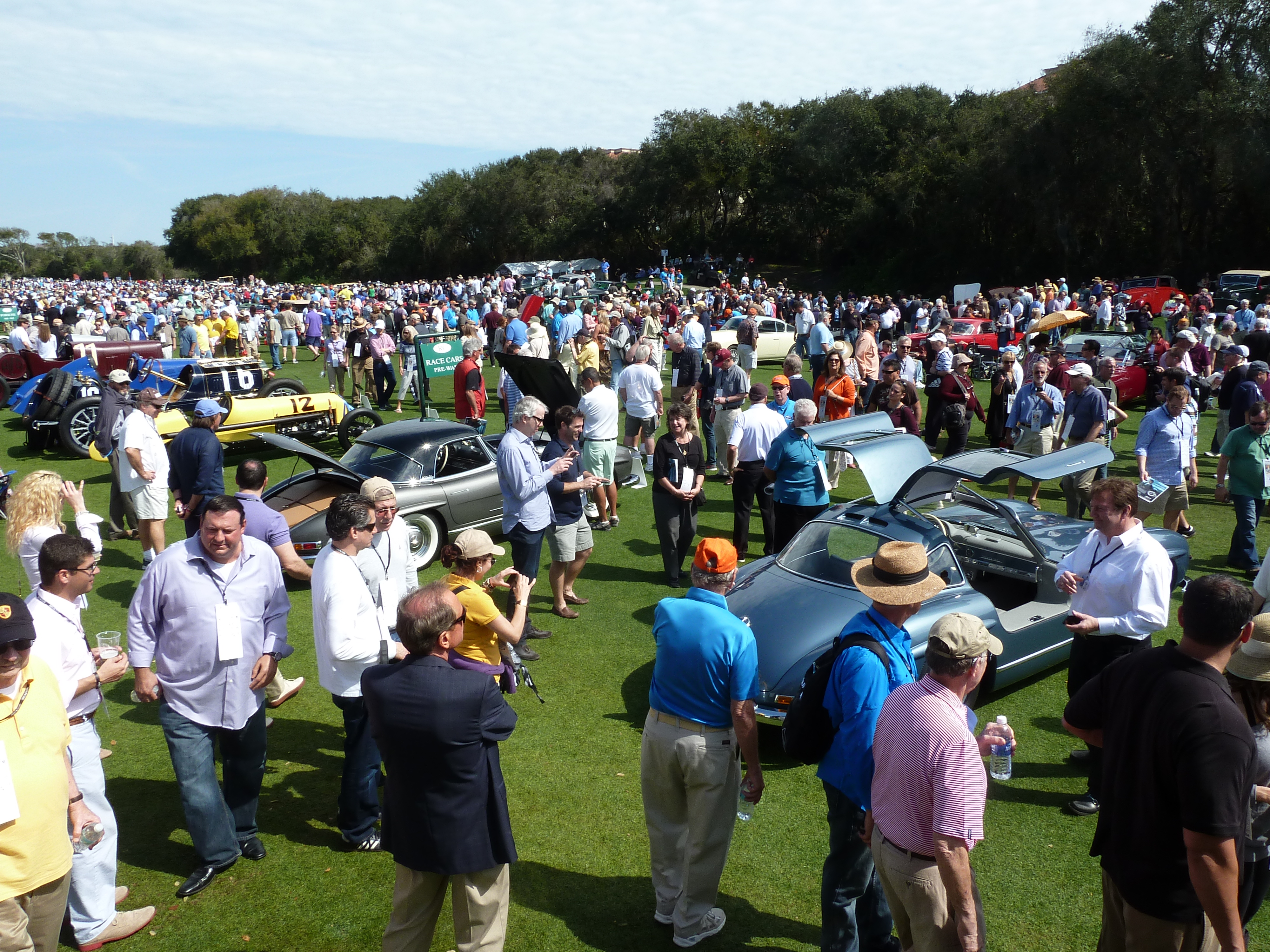 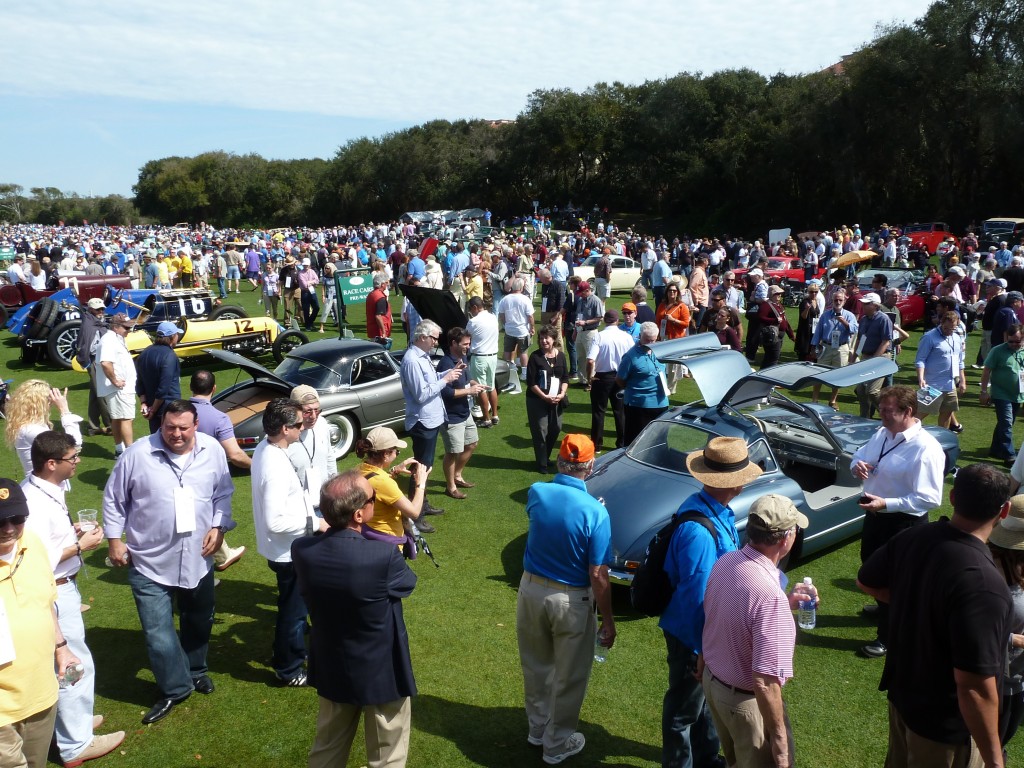 Not only is it wonderful, but its all to benefit great charities too.

Let’s begin with the Big Statement: The Amelia Island Concours d’elegance is among the world’s finest car shows. That is a no-longer questioned fact.  Happysnap photos here by me! 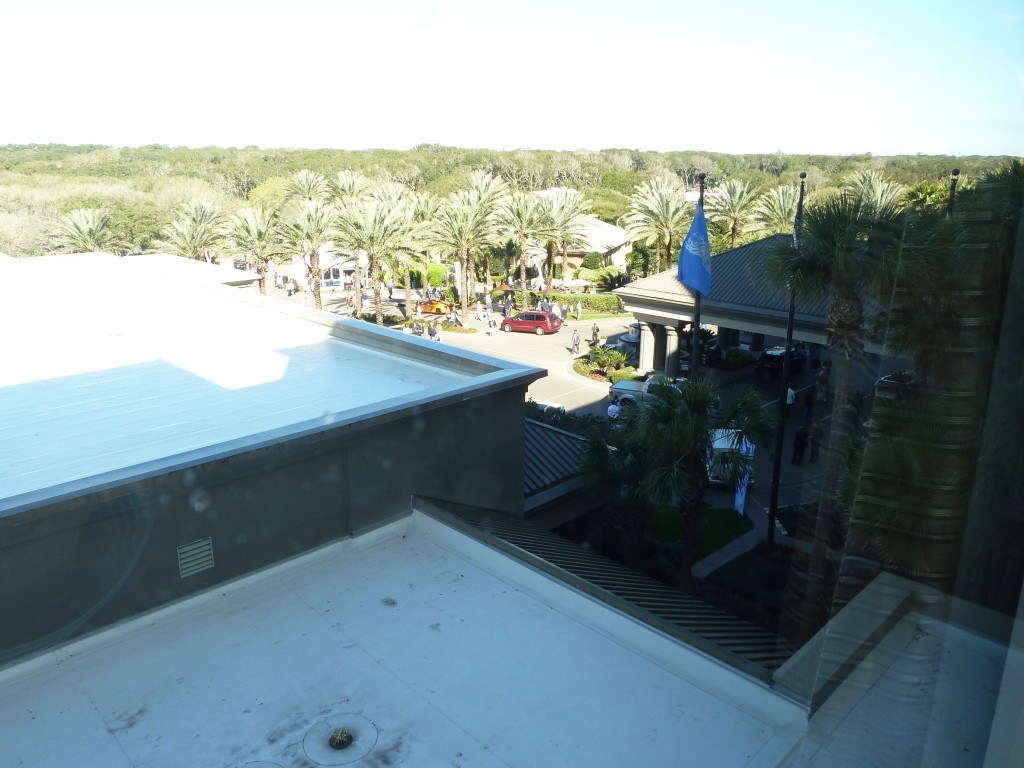 It’s a concours at a Ritz-Carlton golf club, on the beach, no less; what, indeed, could be bad?

But instead of just giving you the usual rundown on all the great cars in the show, I’ve decided to serve you a a taste of the other happenings taking place around town and the actual showfield itself.

Fernandina Beach, Florida, is a charming, genuine, and quaint little historic town, on the Atlantic coast side of Florida; look North across the water and you can see Georgia. I’ve heard it described as the east coast version of Carmel but not as snooty. I’m not sure I completely agree with this notion, because I love Carmel, and find it more tony than snooty. But no matter, one of the great things that takes place in Fernandina is that the Amelia Island Concours classic car tour, held on the Friday prior to the show, and makes a lunch stop in town. The cars park up and everyone gets to see and enjoy them staged among the historic buildings. And the cost is zip/nada. Here’s a few pix… 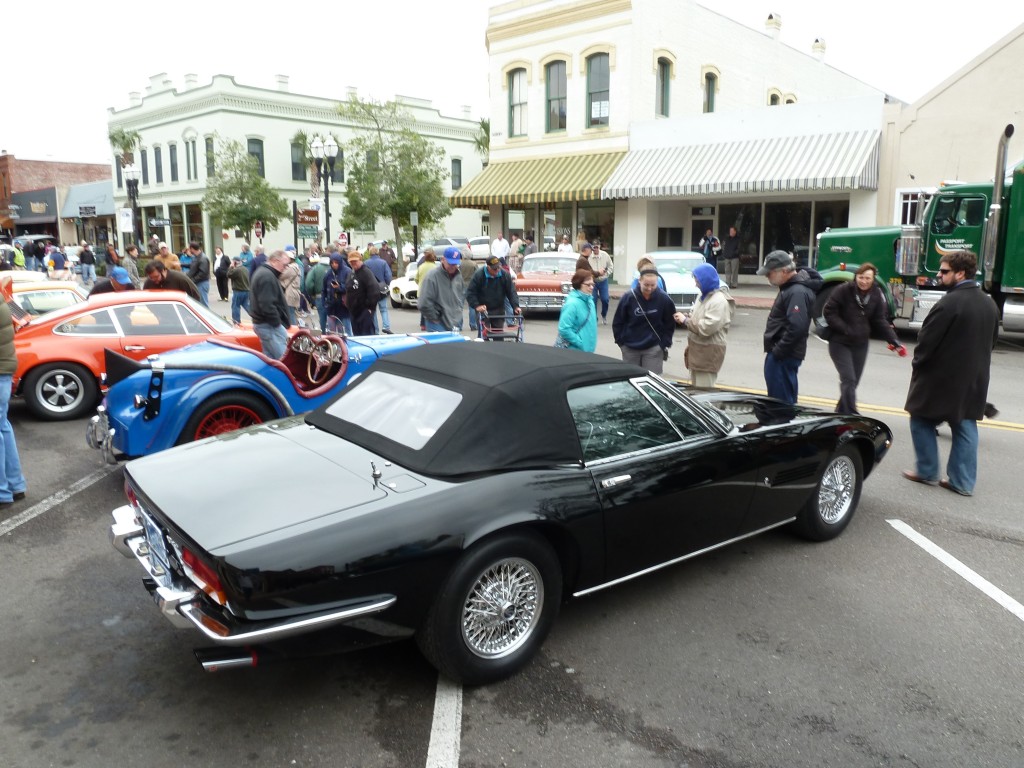 Among my favorite exotic cars, the elegant and fabulous Maserati Ghibli Spyder — yet another Giugiaro masterpiece of proportion and detail 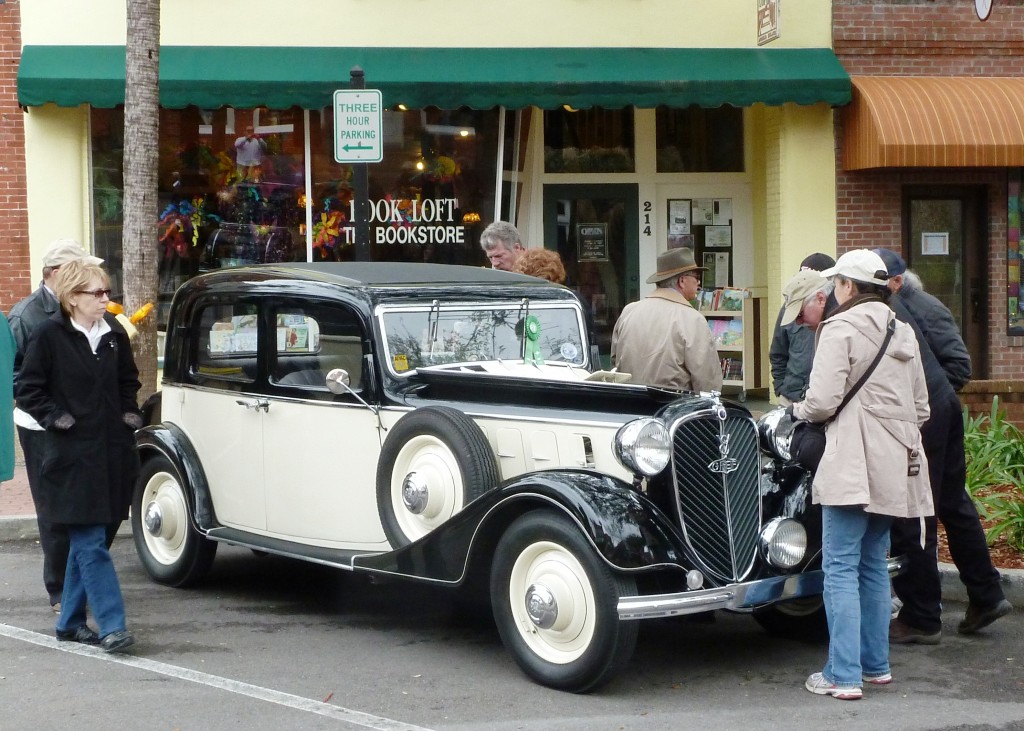 Courtesy of the “something you won’t see every day” department, check out this unusual Stoewer, from Stuttgart, replete with flathead V-8 engine 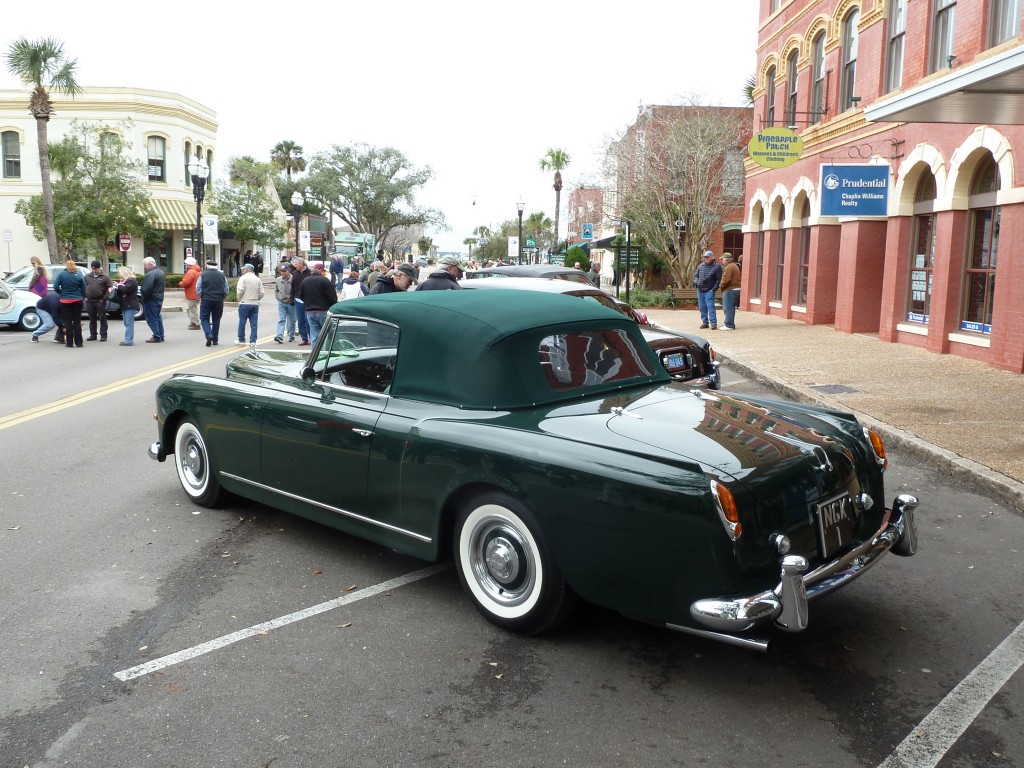 This fabulous Graber (Swiss)-bodied Bentley cab really attracted me. Elegance in every line 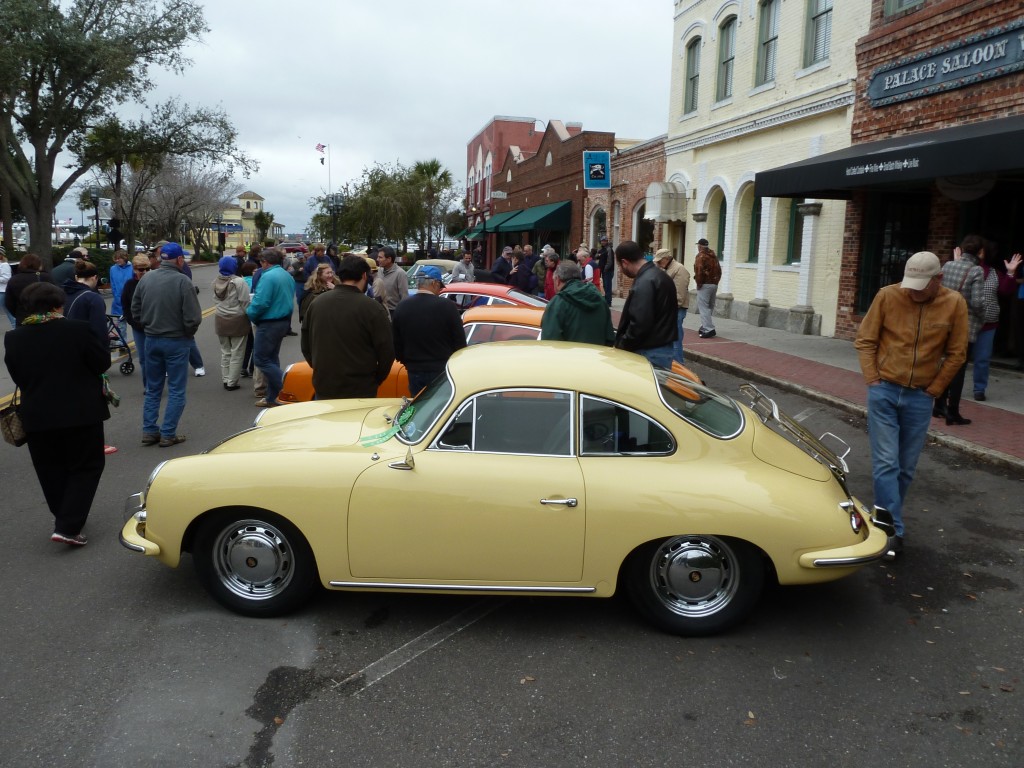 What’s a great car show without Porsches? No worries — Amelia had plenty, and they were great ones 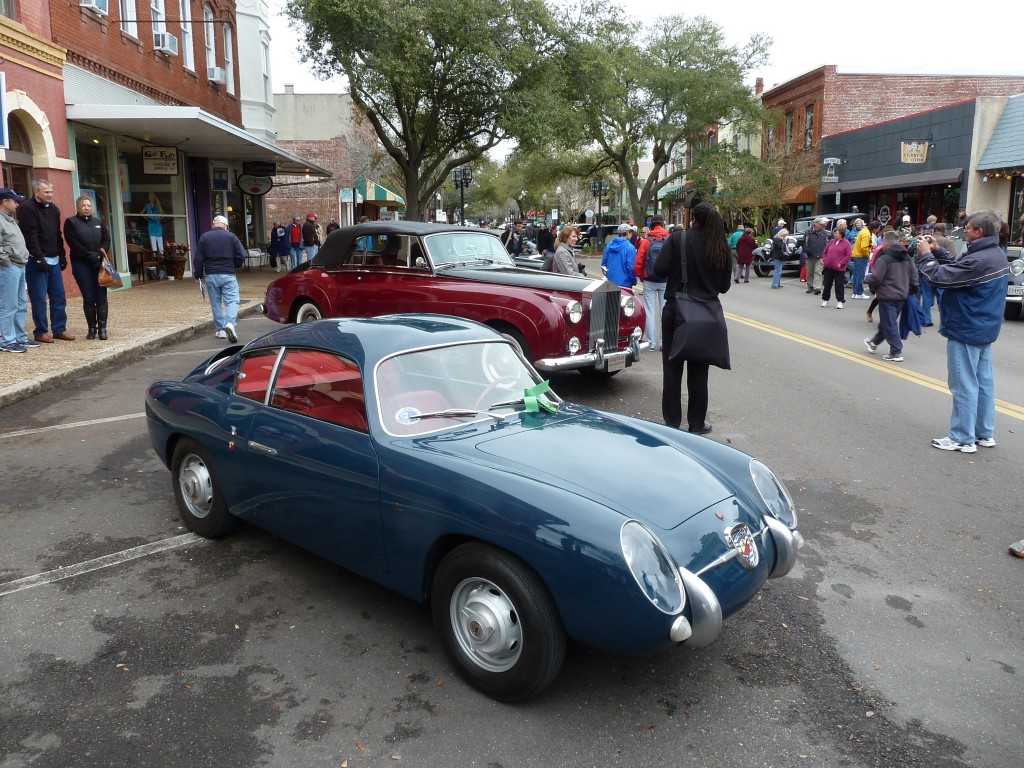 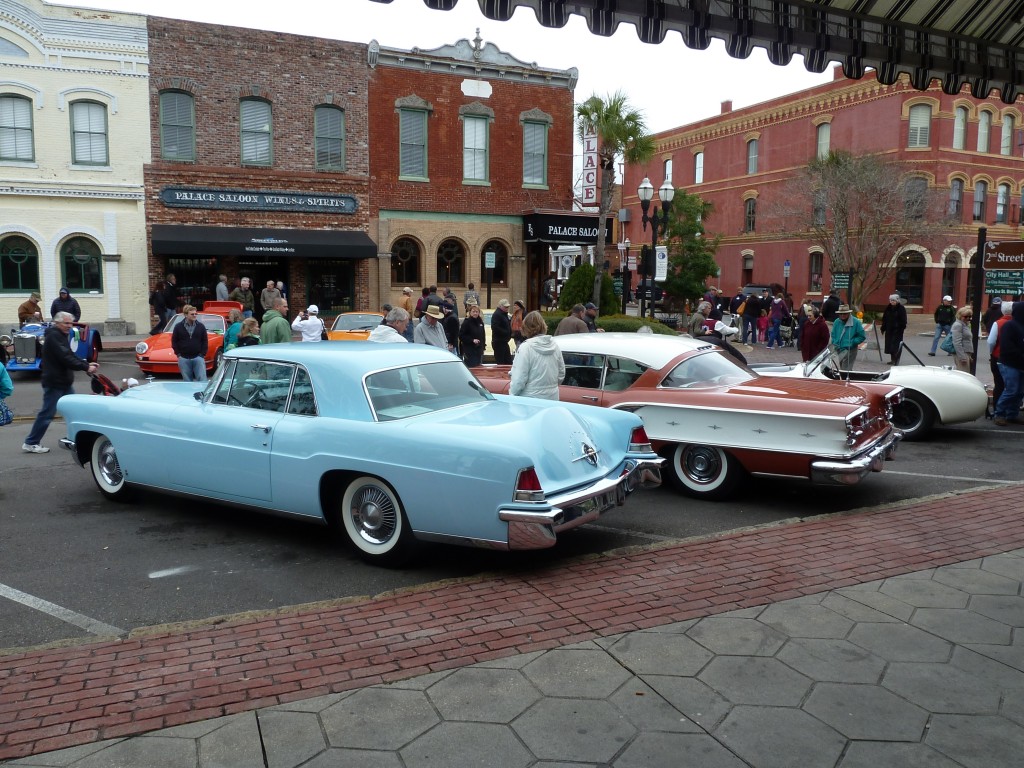 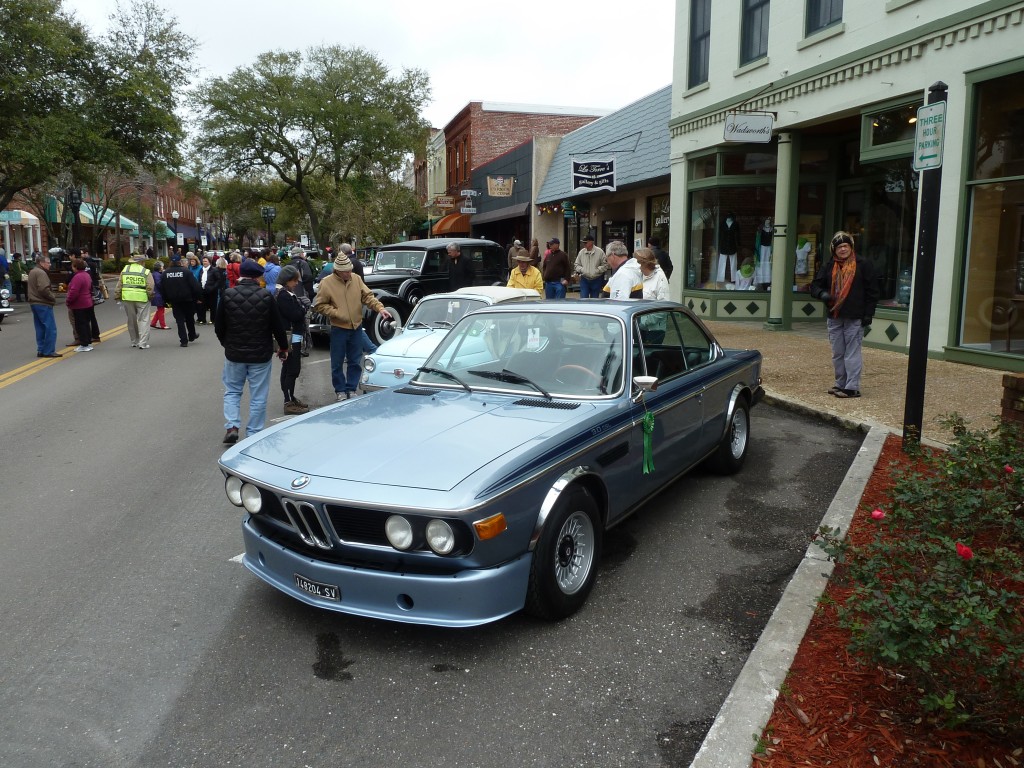 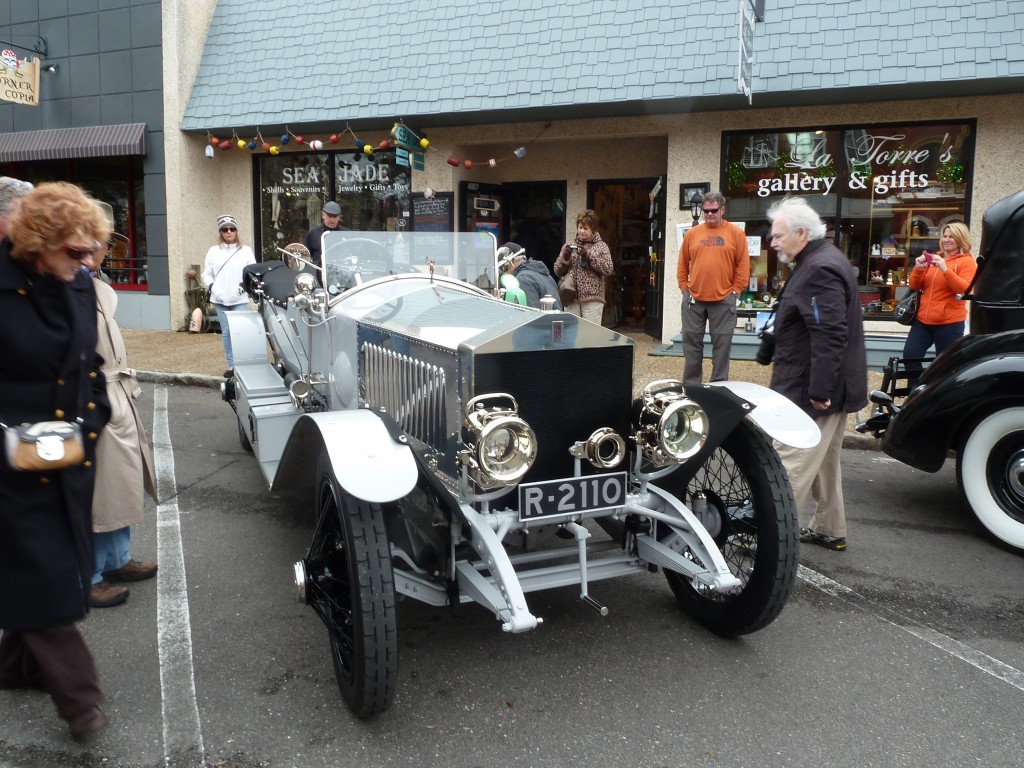 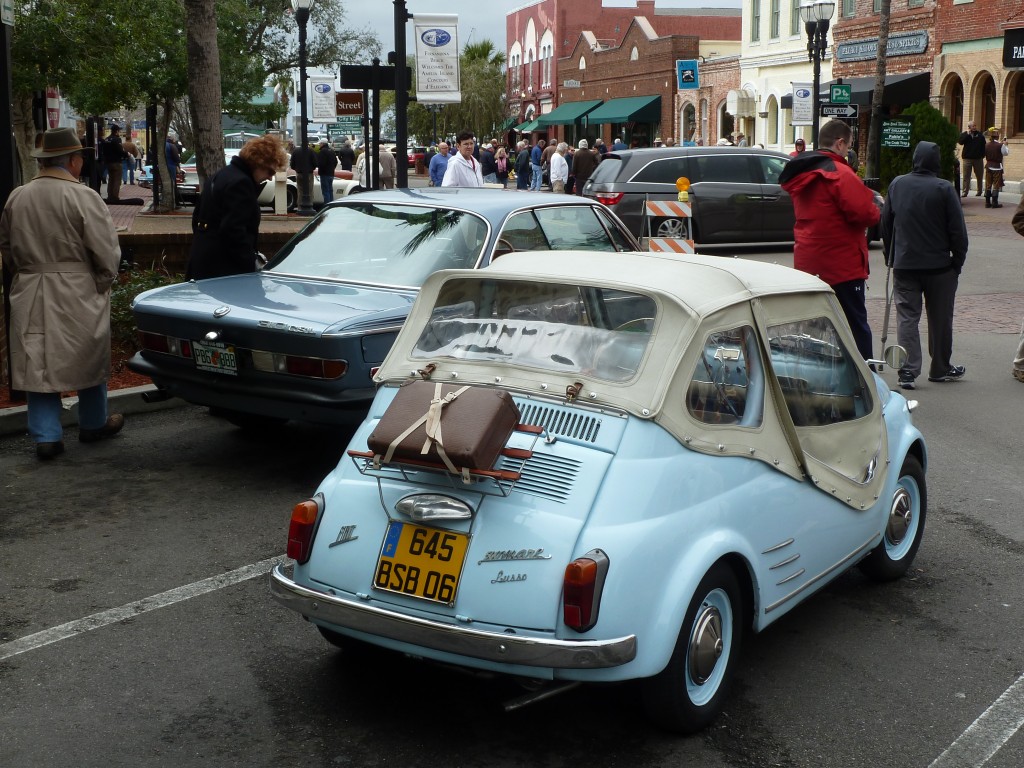 and even Smaller Packages, like this terminally cute Fiat 500 Mare Lux beach cruiserette 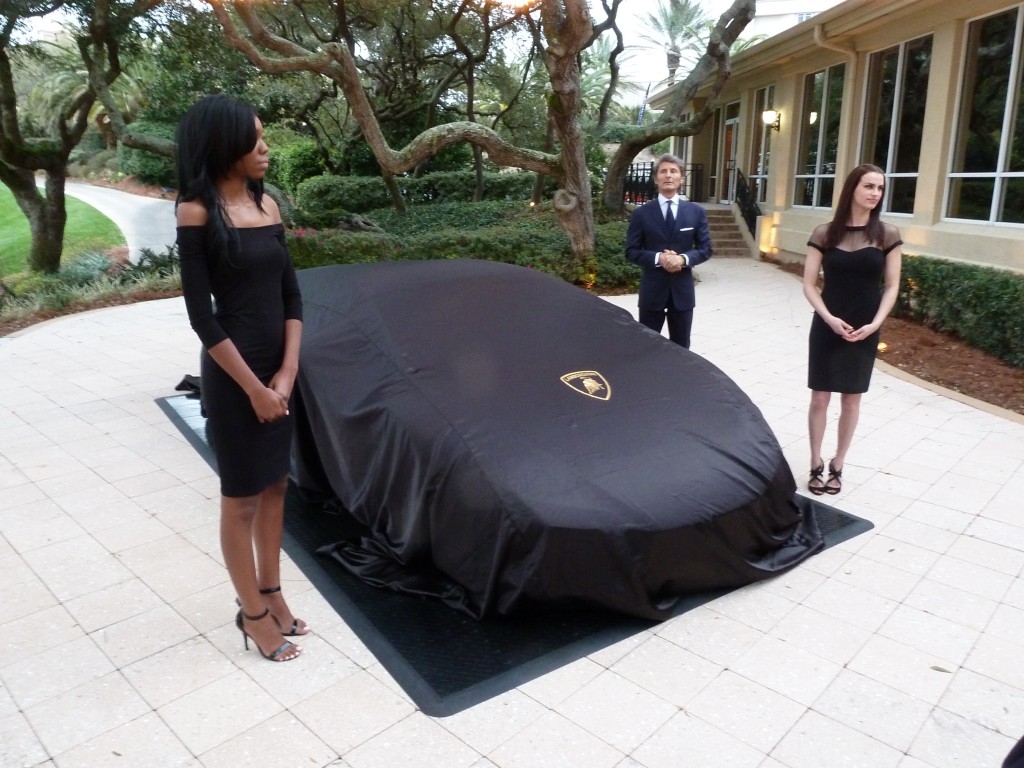 There’s a car in this photo. No, really. I promise 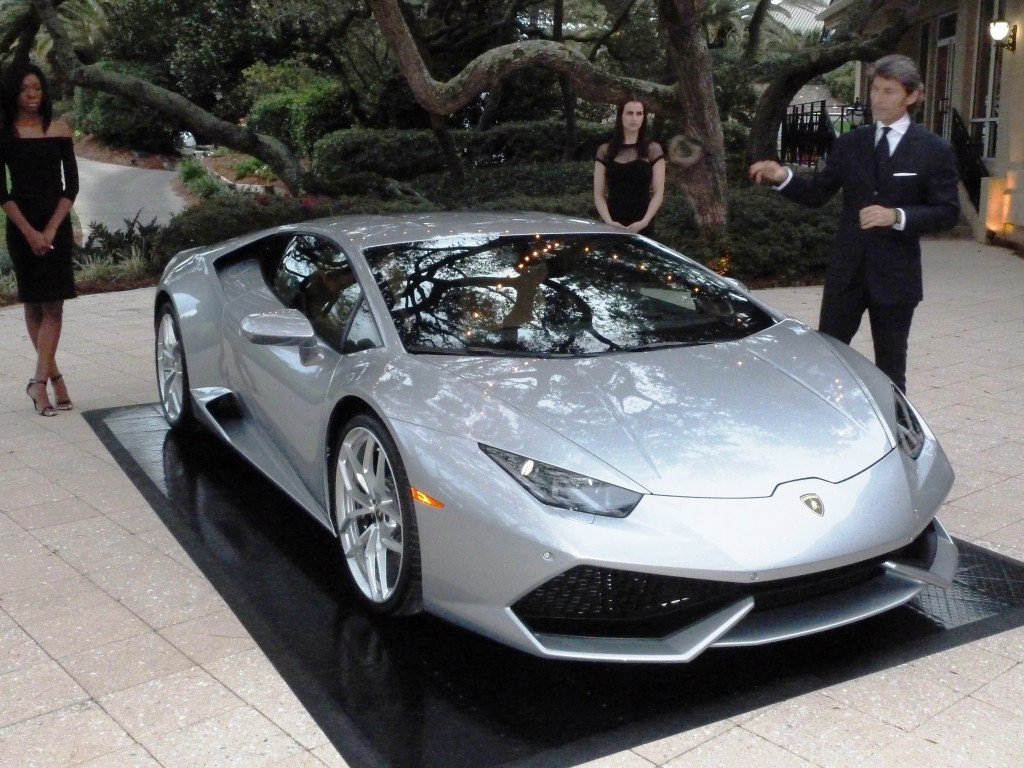 And there it is…the new Lamborghini Huracán, named of course, after a famous fighting bull 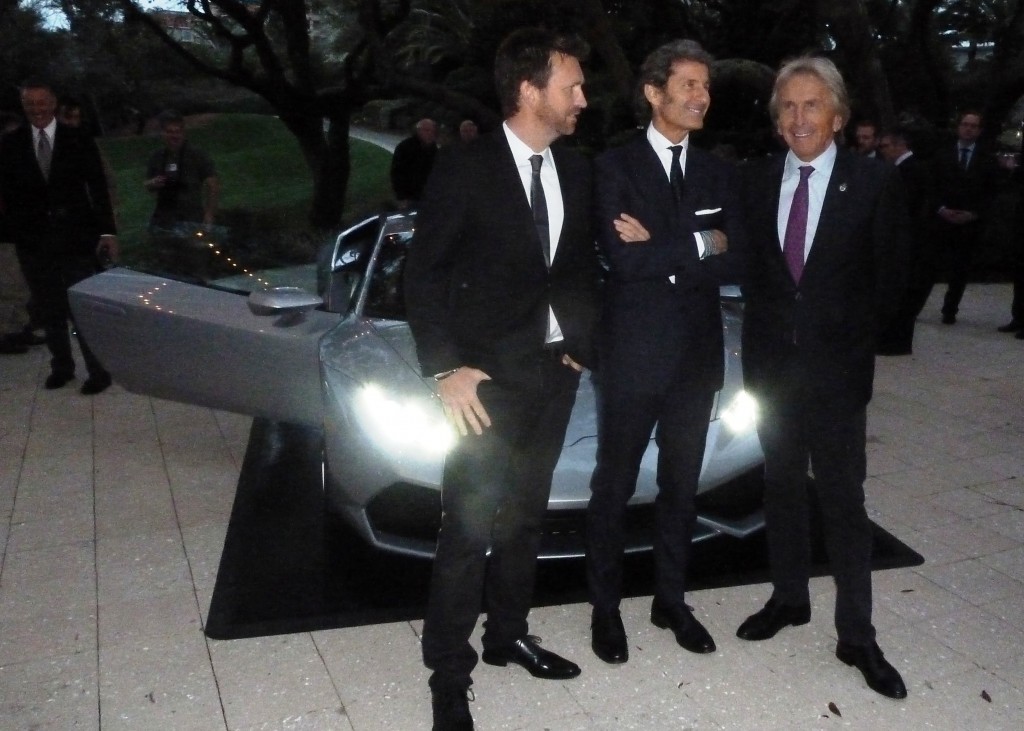 Racing royalty is everywhere at Amelia, from left, racing driver, Le Mans class winner and my friend Justin Bell, Lamborghini’s president and CEO Winkelmann, and 5-time Le Mans overall winner, and my friend, and Justin’s dad, Derek Bell; the Bells never won races in Lamborghinis, but it made for a nice moment and photo no matter

Another of the exciting things that happened at this year’s Amelia is the North American reveal of the Lamborghini’s replacement for the popular Gallardo.  This new model is named LP 610-4 Huracán and its fabulous.  A virtually all new car, its body/chassis is a high tech and handsome combination of aluminum and carbon-fiber technology.  Fast?  Oh yeah, over 600 horsepower and 200+mph.  Automobili Lamborghini President and CEO Stephan Winkelmann was on hand to present the car to the media and showgoers, the unveil proving a huge success with both audiences. 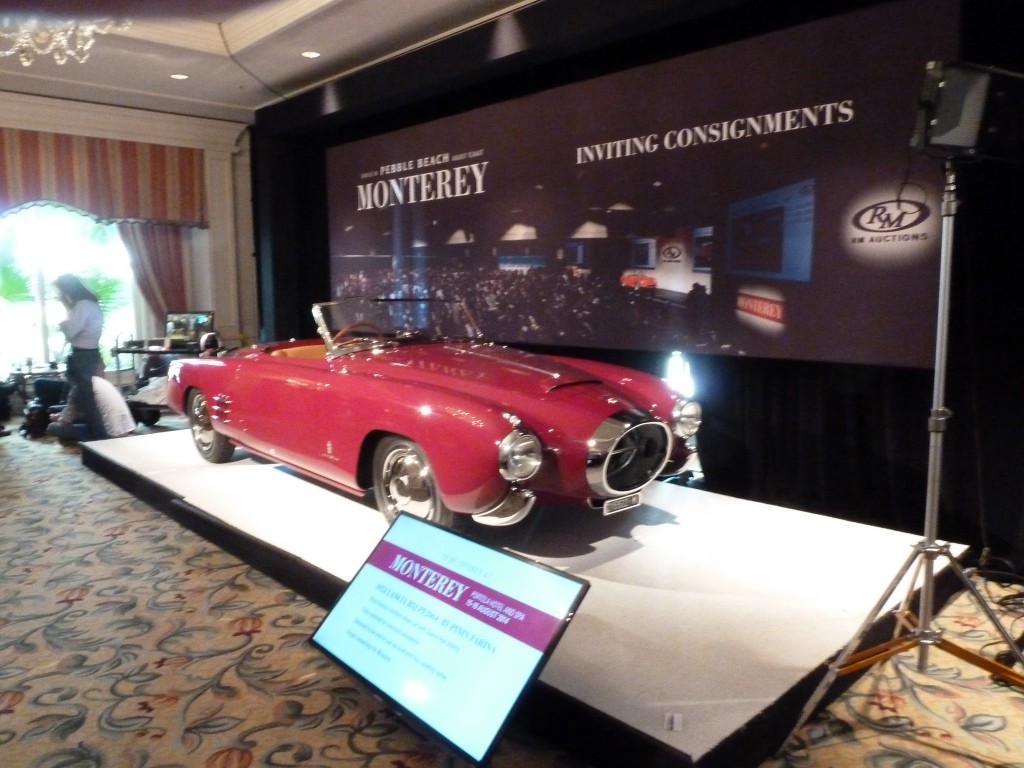 RM Auctions always hosts Amelia’s on site official collector car auction, and it is an event not to be missed if you are there. This year, RM set the record for the highest priced car ever sold at auction…more than $6,000,000, although this Lancia wasn’t it If you’re not inside the ballroom, the best place from which to enjoy the RM auction is the rooftop, as the cars roll in and out of the auction block…oh look another Ghibli Spyder — OK I love them, guilty as charged, your honor… 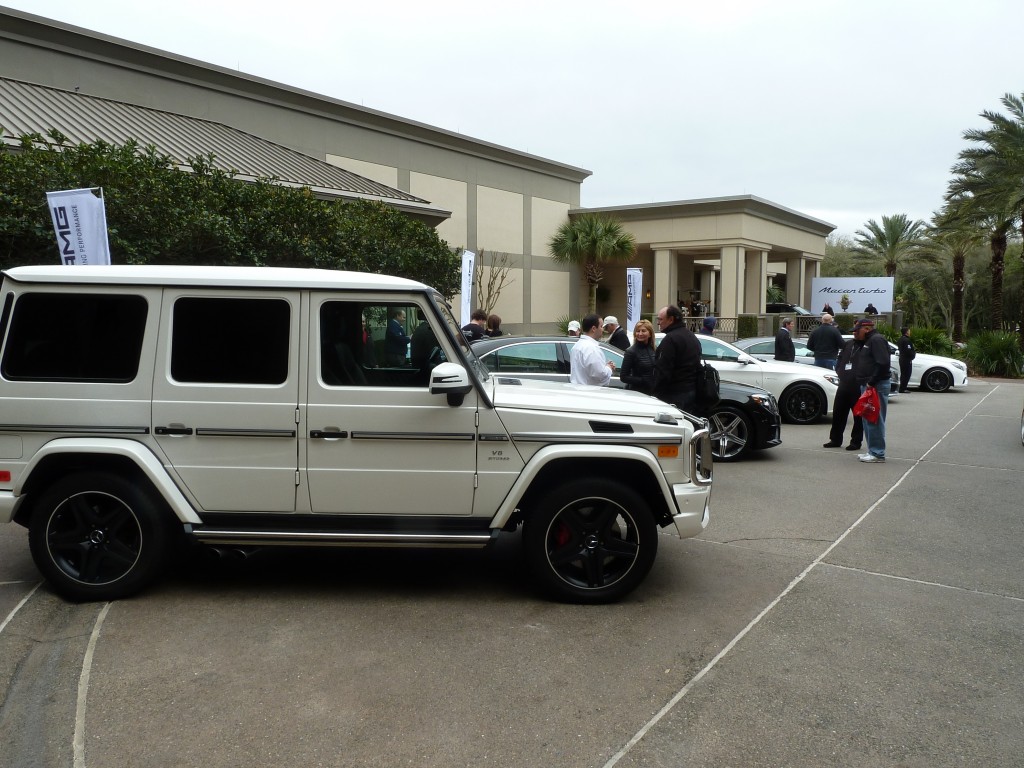 “Fancy a test drive of a new AMG, sir?” you can do it at Amelia, with no cost or obligation 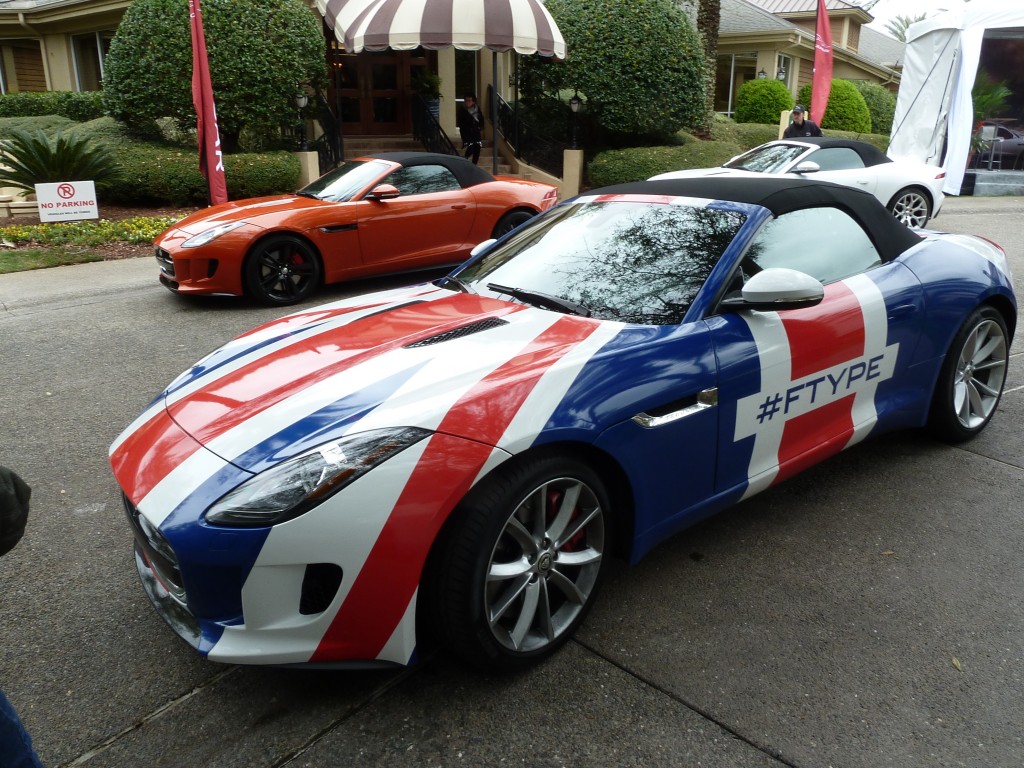 “Or perhaps a Shaguar F-Type then?”

All weekend long, the Ritz simply teams with lifestyle events of all sorts.  RM holds one of its legendary collector and classic car auctions on property on Saturday, and the cars are displayed on the hotel lawns which are open to the public.  The Hot Ticket:  Trip up to the rooftop of the Ritz’ parking structure, right by the entrance to the hotel ballroom, and you can sit and watch the cars roll in and out of the auction; a fabulous rolling concours of sorts, again at no cost. 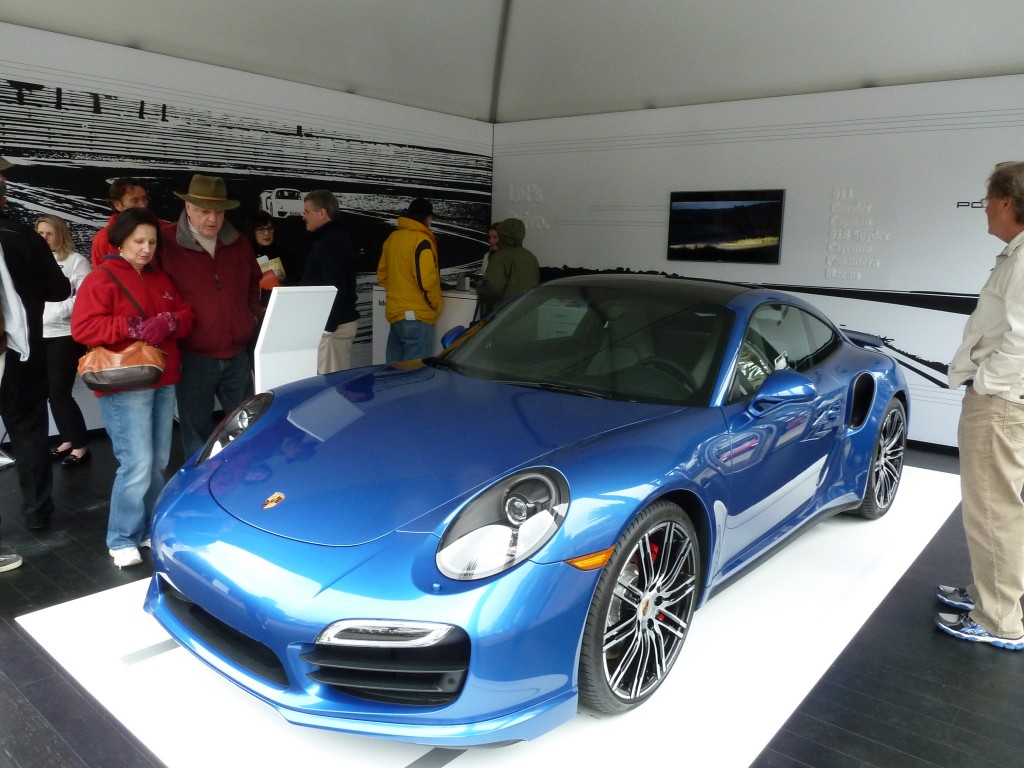 Porsche’s “tent” is really a mini showroom, with free magazines and brochures for all — so what do you think of the new 911 Turbo

Or fancy driving a new Porsche, Infiniti, SRT, Jaguar, or Mercedes-Benz AMG model?  Those companies are parked up at the main entrance to the hotel, and you can sign up and take a new one out for an obligation free test drive.  Yum. 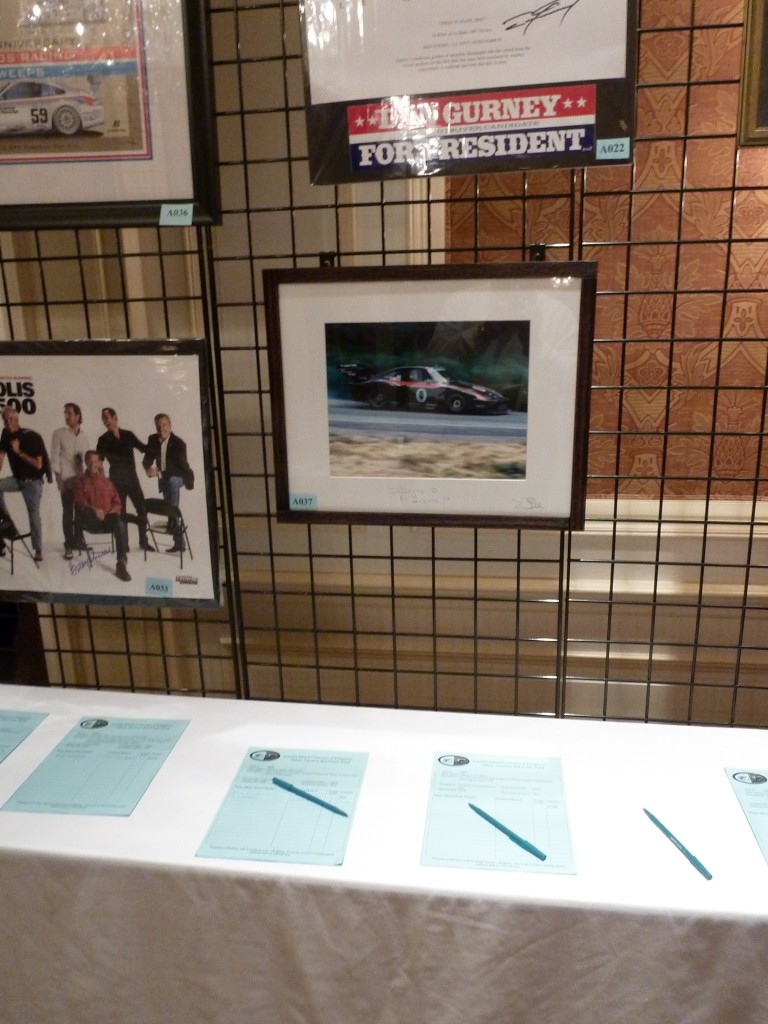 One of the more popular places to spend your money is the silent auction: photos, art, sculpture, books, local goodies like dinners and spa treatments…and again all for charity

The show’s many vendor sponsors are also on hand with booths full of their finest to tempt you — Breitling watches, Hassleblad cameras, the Automotive Fine Arts Society, lots of ways to spend your money on great stuff.  My VISA twitched the whole weekend.

and by the way, there was a jim dandy car show too… The gent in the middle of the photo wearing the cap is Jochen Mass, Amelia’s 2014 motorsport honoree. Mass enjoyed a spectacular career in touring cars (winning multiple championships), F1, and endurance racing on the world stage. This was his first visit to the Amelia Concours; it was my honor to write the profile about his life and career for the show’s official program. My judging class this year was pre-WWII open wheel racing cars, including this 1925-Indy 500 winning Duesenburg roadster. Not my usual area of expertise, but it was a fun group to judge, and I learned a lot from these cars and my fellow judges

Trust me; if you love great automotive events, you must put Amelia Island on your Bucket List.  Great classic, muscle, sports cars, and all kinds of unusual stuff you won’t see anywhere else, plus a decided motorsport flavor that no other show pulls off as well. ameliaislandconcours.net.  I hope to see you there next March.