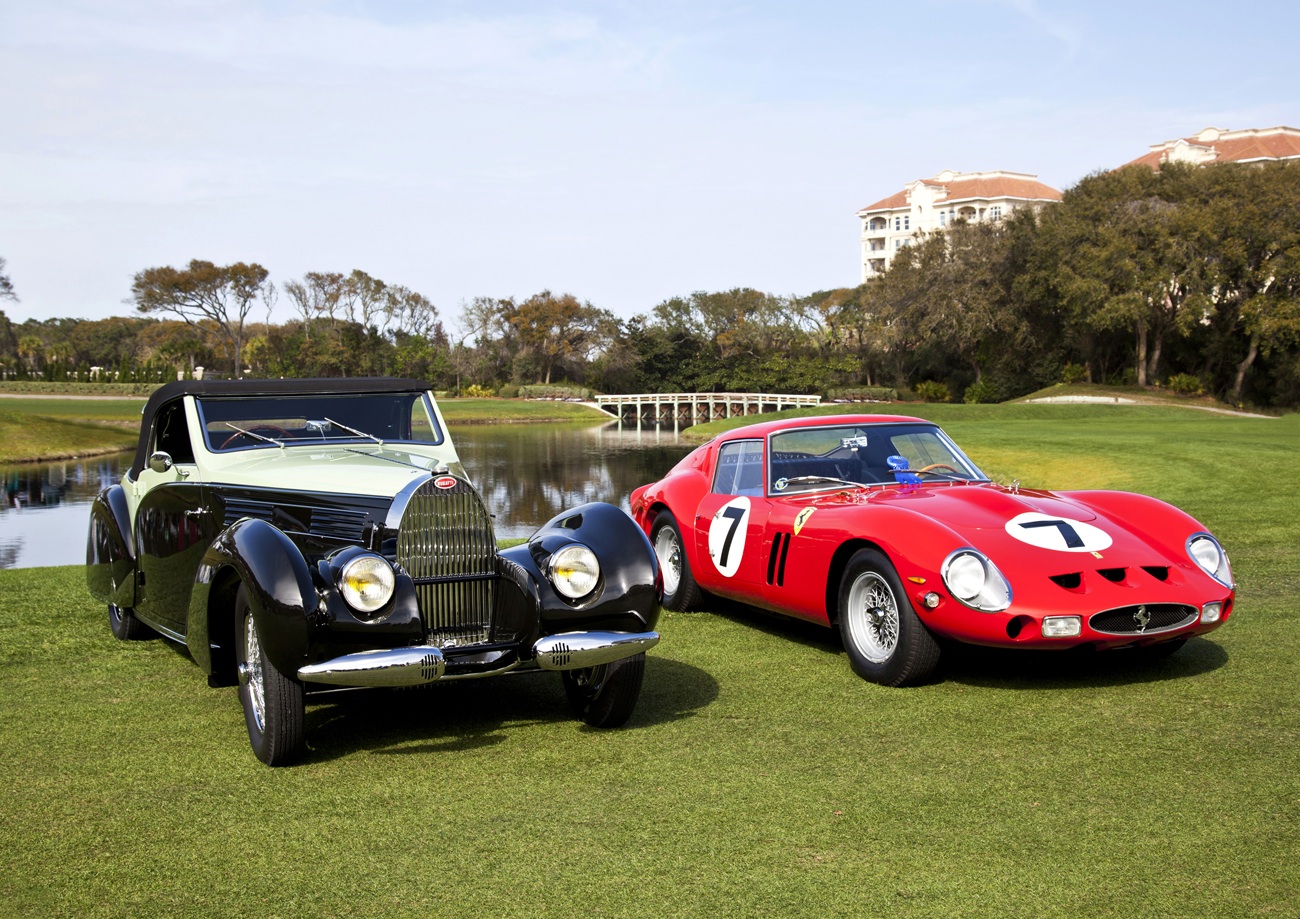 The annual Amelia Island Concours is one of my favorite happenings in the world. It was my honor to again serve as a judge; there’s almost too much to say about this amazing gathering of cars, heroes, legends, and friends, but here’s the official press release and a bunch of photos for you to chew on. 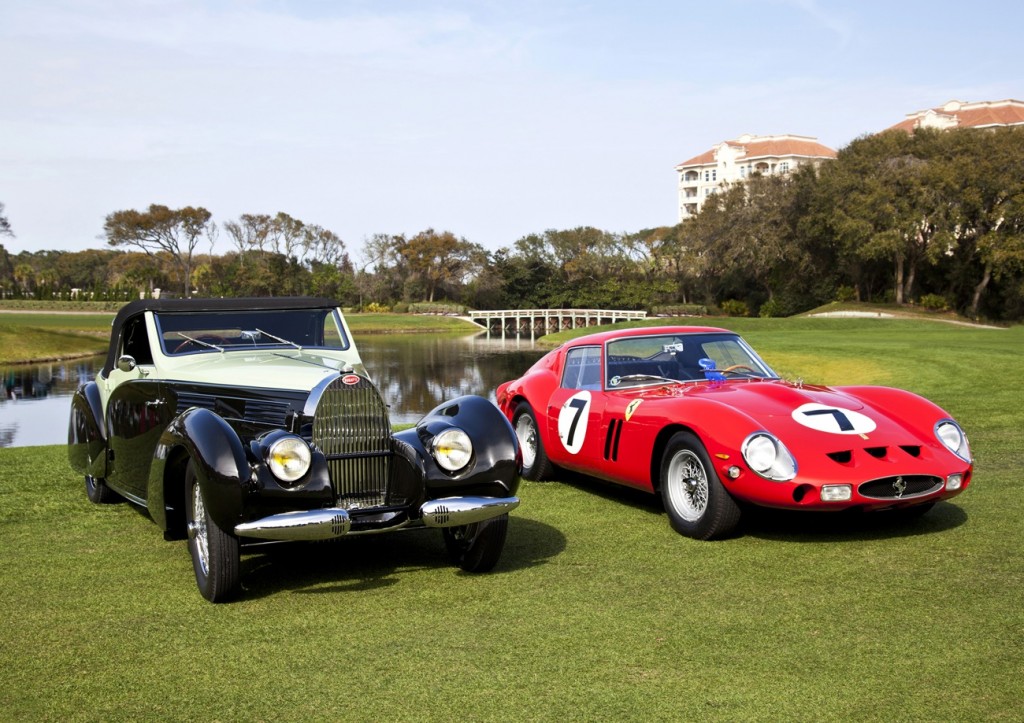 and 295 Automobiles, Kicking-Off the Season in Style

The coveted Concours d’Elegance award went to the stunning 1938 Bugatti Type 57, owned by the Off Brothers Collection from Richland, Mich. One of only three surviving Aravis Drophead Coupes bodied by Gangloff, this green Type 57 arrived in the U.S. in 1961 and was fully restored in 2009. Bugatti produced the Type 57 between 1934 and 1939, ceasing production of the world’s fastest stock production car shortly after the beginning of WWII. 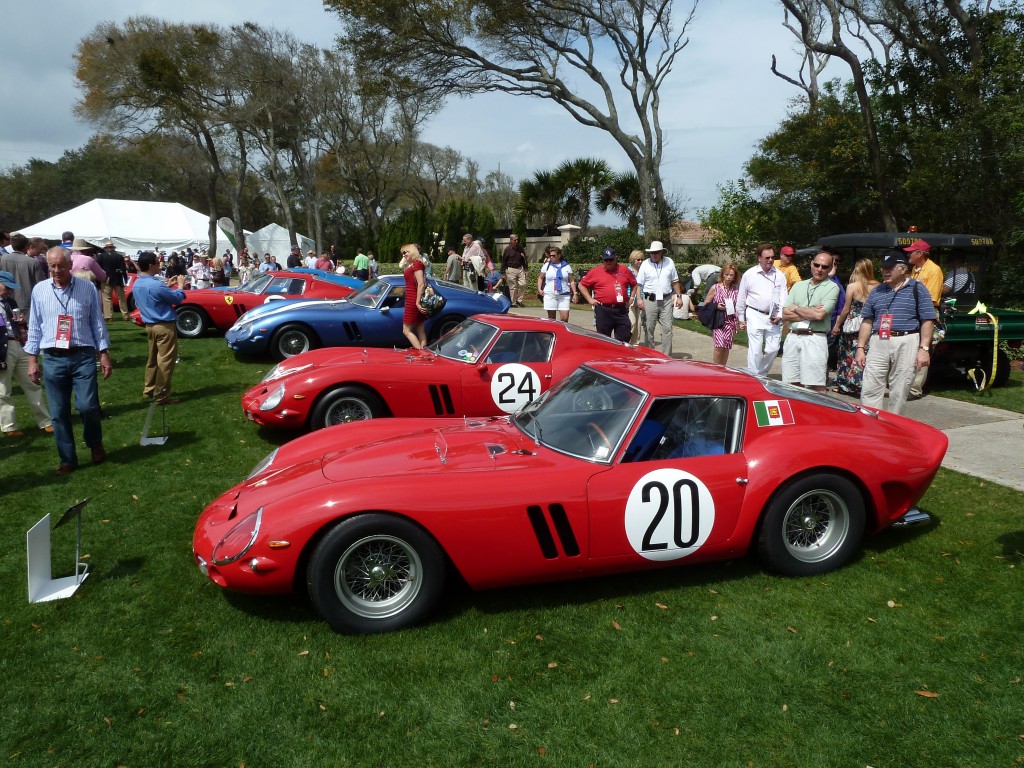 The rare 1962 Ferrari 330 LM, or “3765” GTO, owned by Jim Jaeger from Indian Hill, Ohio took home the Concours de Sport award. The 330 GTOs were Ferrari’s in-house hot rods: prototype Grand Touring cars with four-liter V-12 engines instead of the GTO’s traditional 3-liter V-12. Just two were built – a cross between a pure prototype and a road-going Grand Touring car. Assigned to Ferrari Engineer and racer Mike Parkes and factory F1 and sports car ace Lorenzo Bandini, Jim Jaeger’s 4-liter GTO appears as it did on June 23, 1962 when gridded seventh at the 24 Hours of Le Mans. 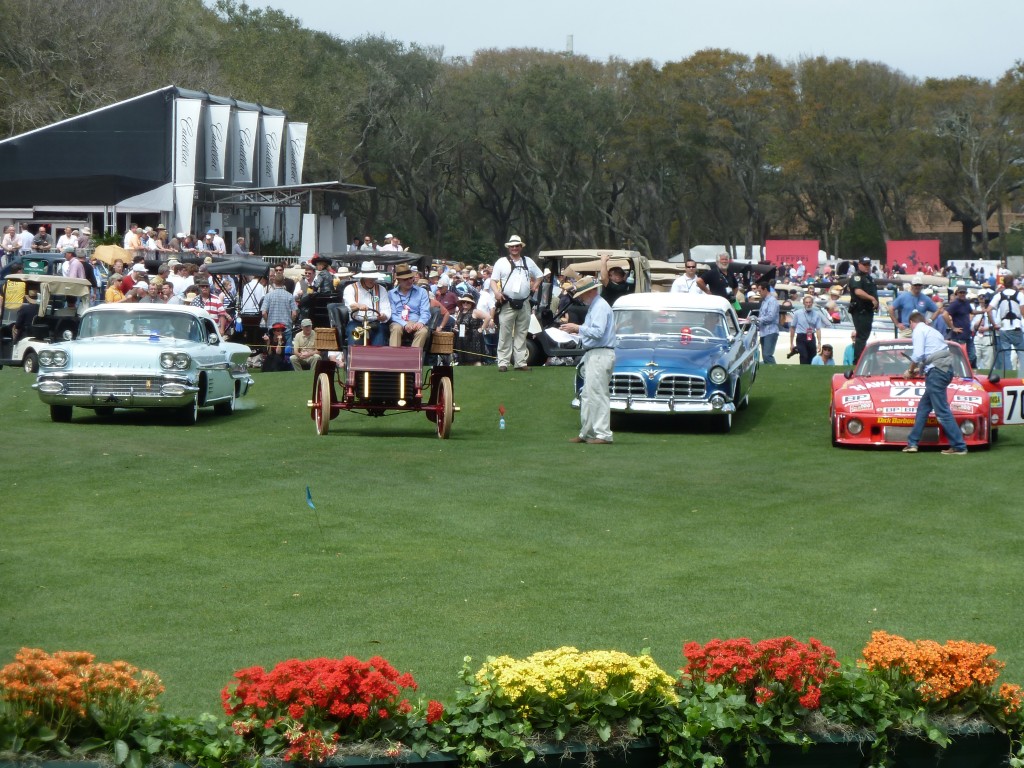 Variety is the spice of life, and of Amelia Island

“Every year I’m amazed at the extraordinary vehicles I see grace the field, and this year was no different,” said Dick Messer, former Director of The Petersen Automotive Museum in Los Angeles. “Both winners are perfect examples of style and sport and are very deserving of their awards. I congratulate the judges on their stunning choices.” 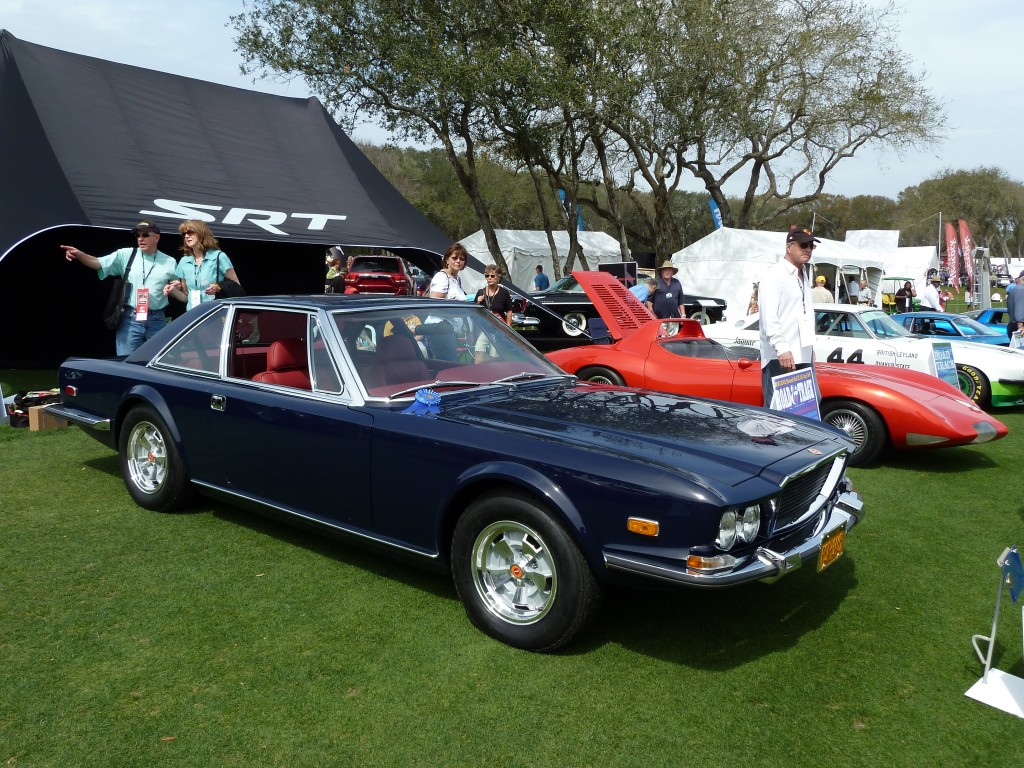 The Kalikow Momo Mirage, my late friend Gene Garfinkle worked on the design 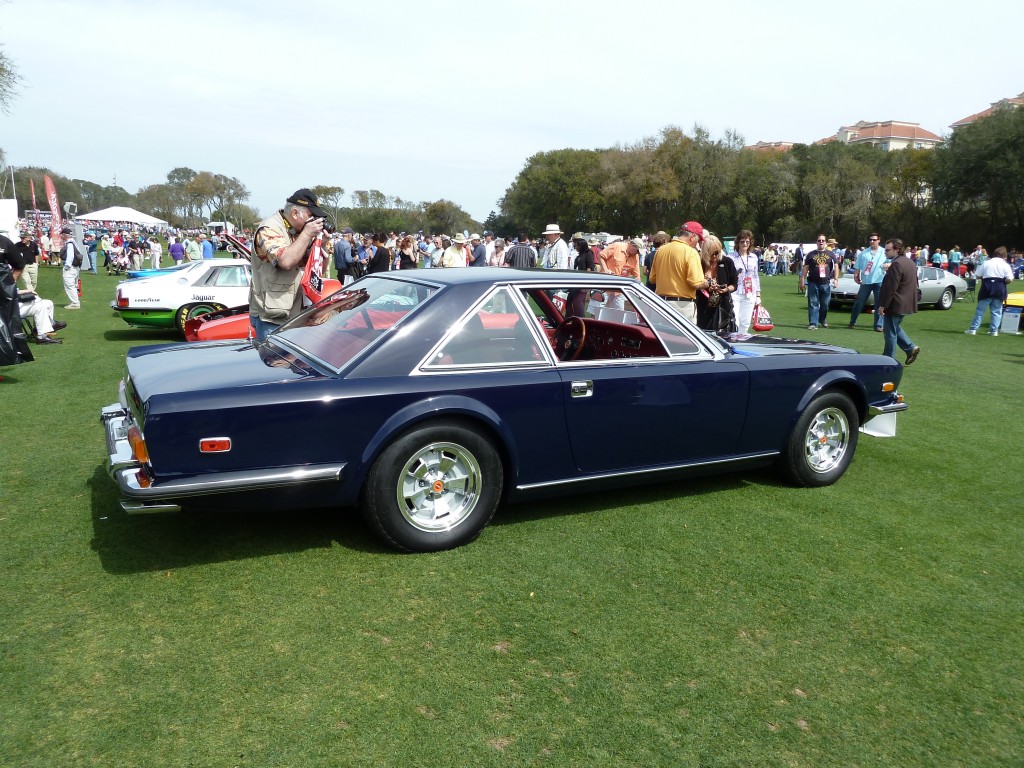 Perhaps the Mirage's best angle; powertrain is LT-1 Corvette of the early 70s

Cars that graced the covers of Road & Track were on display, as were a selection of cars that won the 24 Hours of Daytona and the 12 Hours of Sebring.

This year’s Concours also celebrated the momentous 50th Anniversary of the Ferrari GTO, which was marked by a gathering of twelve impressive vehicles on the show field. 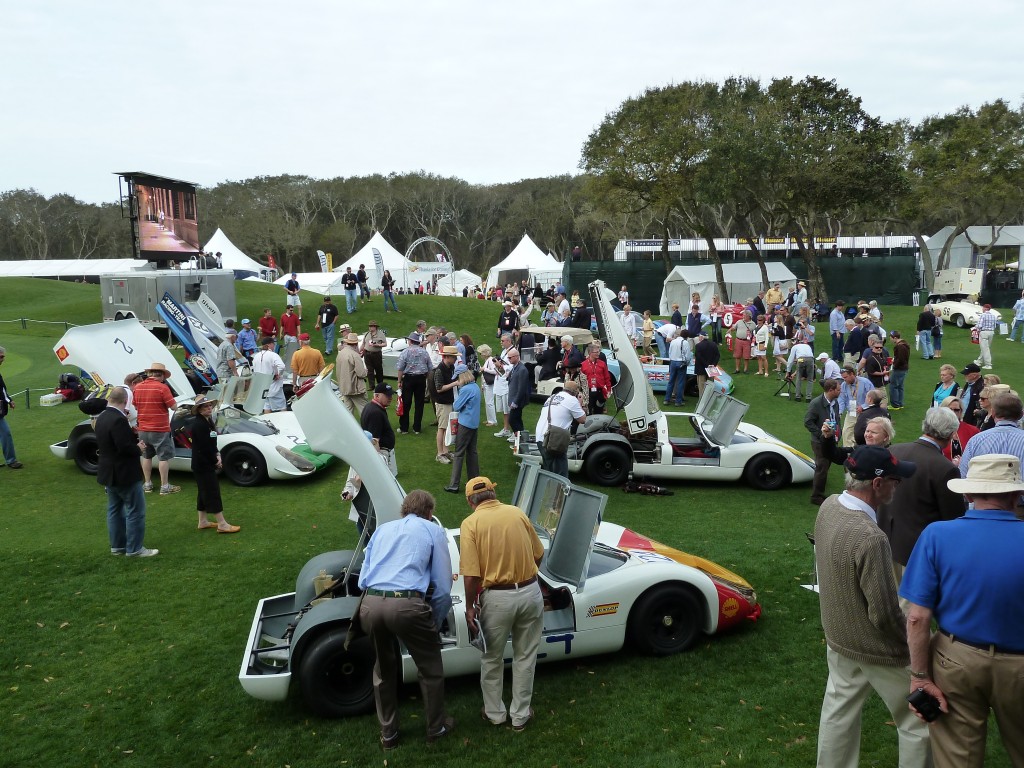 Some of Quick Vic's toys 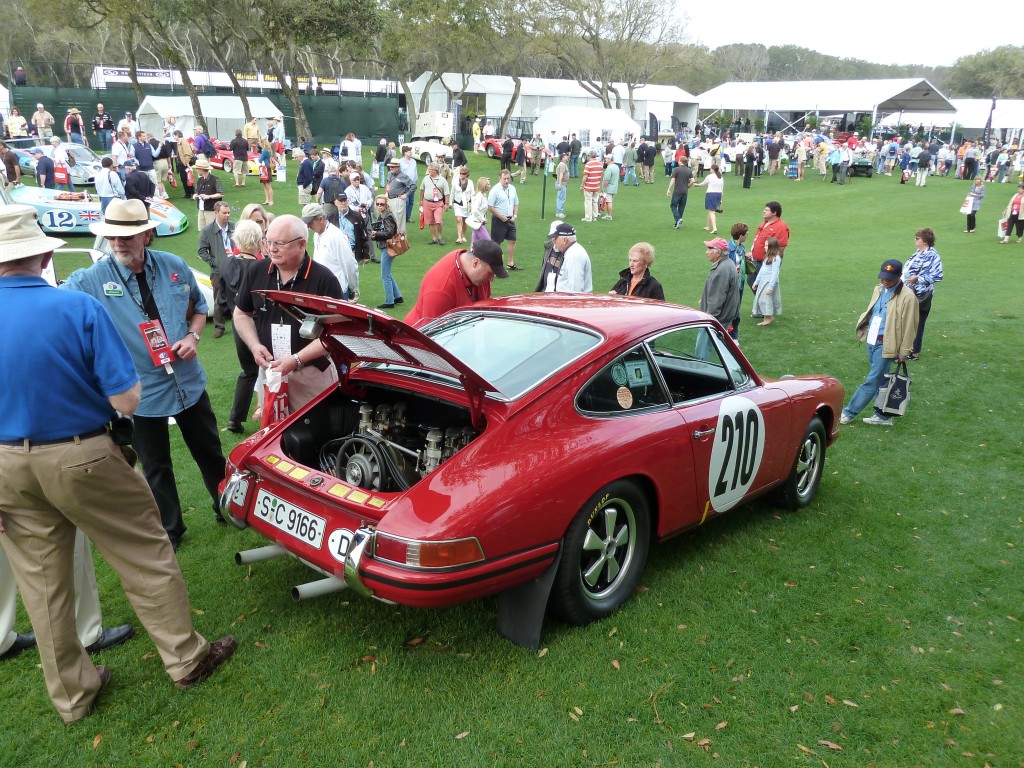 Some of the world’s most prominent corporate, public and private collections had displays at the event, including Porsche, Mercedes-Benz, General Motors, Ford and Chrysler. BMW also held the North American Debut of its new 6 Series Gran Coupe four-door coupe during the weekend.

Plans for the 18th annual Amelia Island Concours d’Elegance are already underway and the event is scheduled to be held on March 8-10, 2013 10th and the 18th Fairways of the Golf Club Amelia Island at Summer Beach adjacent to The Ritz-Carlton, Amelia Island.

Now in its second decade, the Amelia Island Concours d’Elegance is among the top automotive events in the world. Always held the second full weekend in March, “The Amelia” draws nearly 250 rare vehicles from collections around the world to The Golf Club of Amelia Island at Summer Beach and The Ritz-Carlton, Amelia Island for a celebration of the automobile like no other. Since 1996, the show’s Foundation has donated nearly $1.7 million to Community Hospice of Northeast Florida, Inc. and other deserving charities on Florida’s First Coast. The 18th annual Amelia Island Concours d’Elegance is scheduled for March 8-10, 2013. For more information, visit www.ameliaconcours.org or call 904-636-0027. 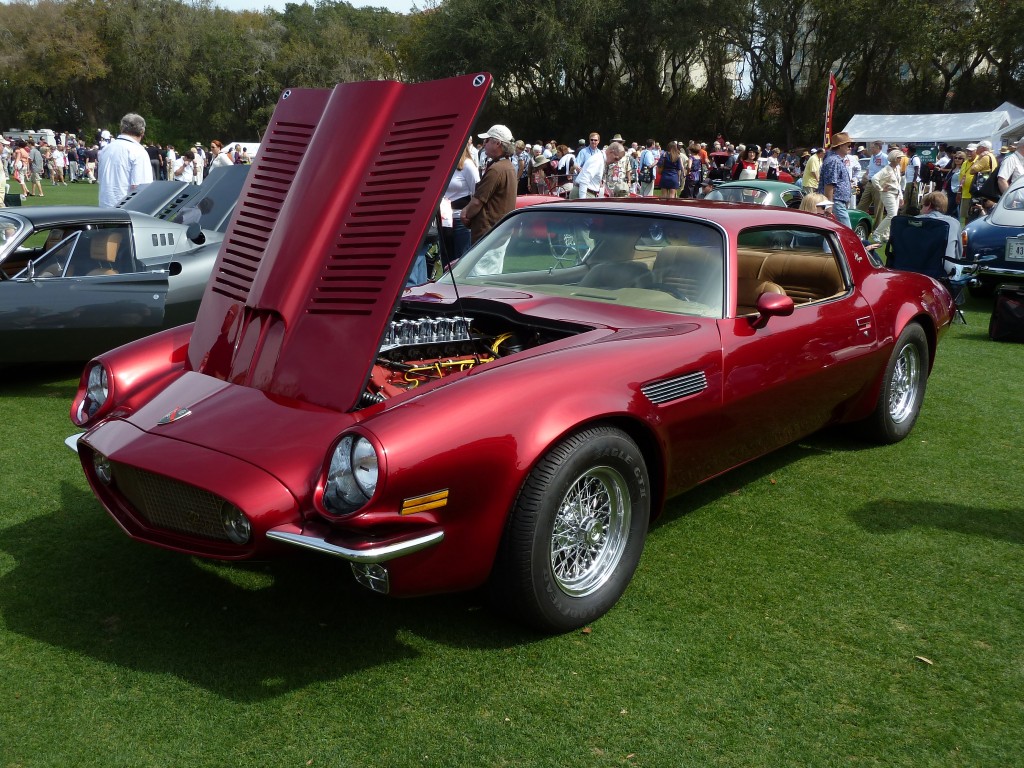 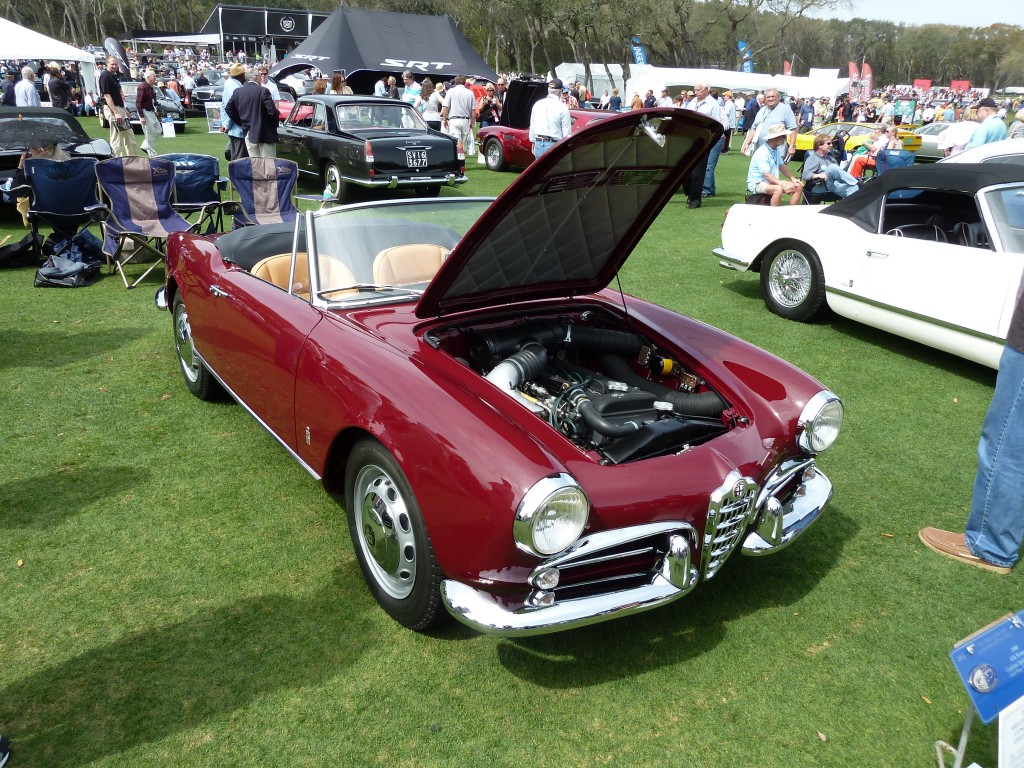