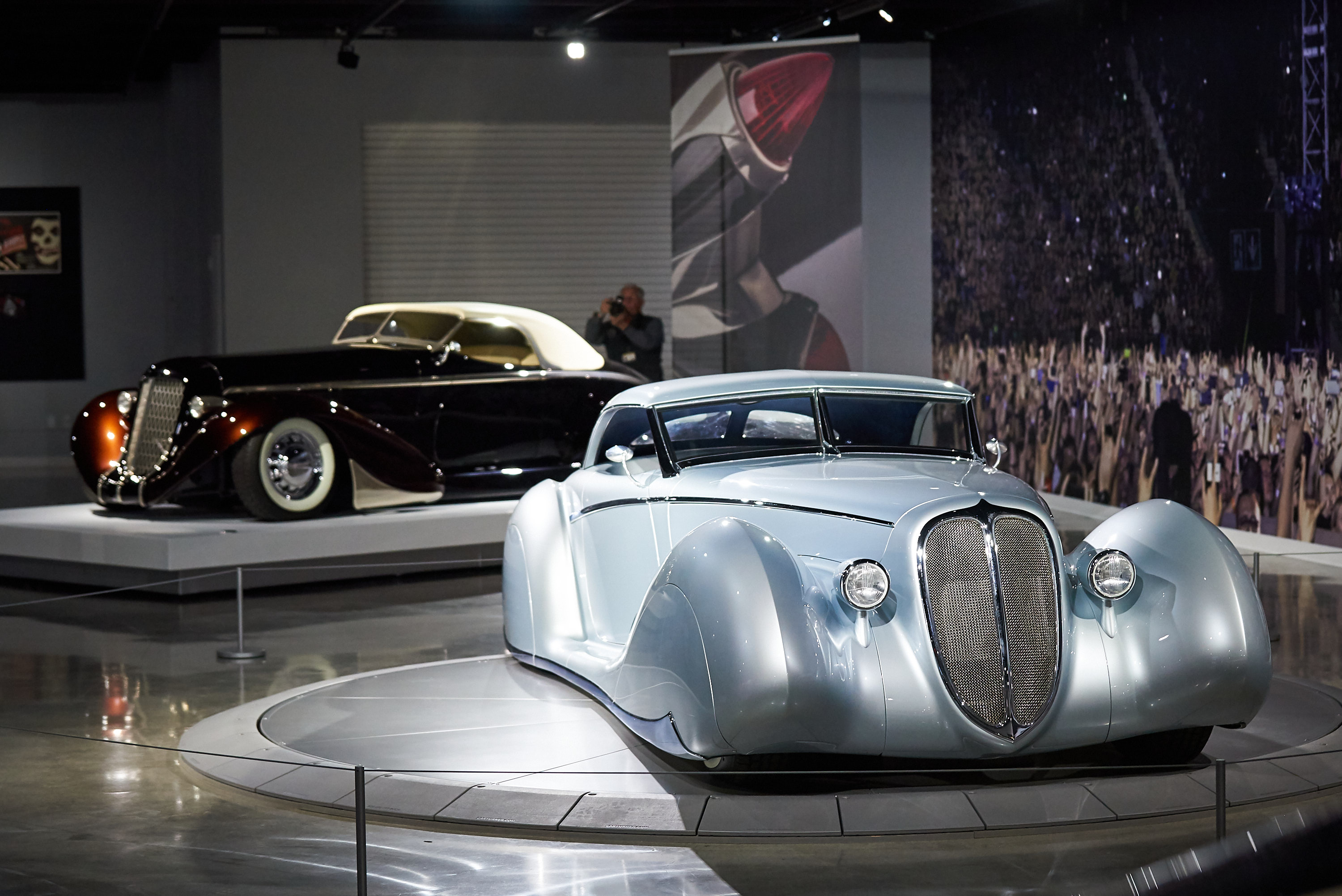 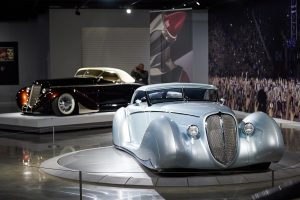 You may or may not know of James Hetfield, lead guitarist, singer and all around front man for the pioneering metal band Metallica.  I don’t know him personally, but among his talents and passions is a huge spot in his heart for custom cars and hot rods.  Many of them built expressly for him by big name builders, some done by him on a smaller scale.  But all highly compelling cars.  And he recently donated a garage full of them to the Petersen Automotive Museum, around which the museum has built a fabulous new gallery exhibit. 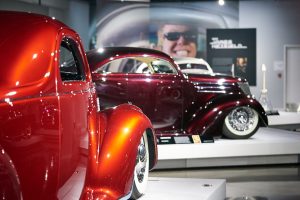 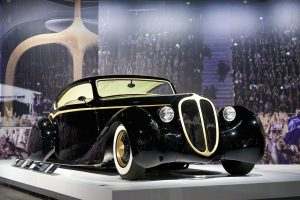 My personal fave among Hetfield’s cars is this fabulous pure custom named Black Pearl. Said to be inspired by a ’48 Jaguar, I say that if it wore a Delage or Delahaye — or maybe Bugatti — badge you wouldn’t know otherwise. One of Dore’s early scratchbuilt customs, it remains among his best 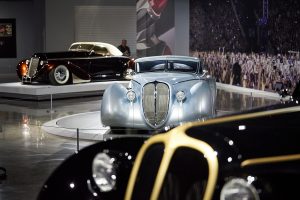 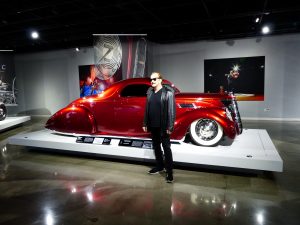 Rick Dore with another of my personal faves of his, an uber smooth and ultimte decco 1937 Lincoln Zephyr V-12 coupe.  Dore names all his cars, and this one is called Voodoo Priest

Along with the custom vehicles, memorabilia on display will include an ESP Hollow Body guitar and a Mesa amplifier that are painted to match the Buick Skylark “Skyscraper,” images displaying the build process of each car and a video of Hetfield talking about the cars. 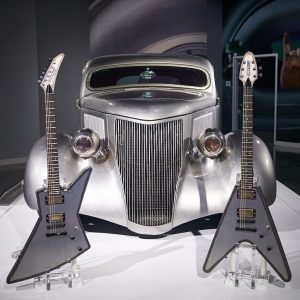 Cars n Guitars…its been done before but seldom this well

“’Reclaimed Rust’ brings together two industries that go hand in hand with artist expression,” said Petersen Automotive Museum Executive Director Terry L. Karges. “This is the first time the Hetfield collection will be showcased to the public and we can’t wait to share the inspiration behind these extraordinary vehicles with the world.” 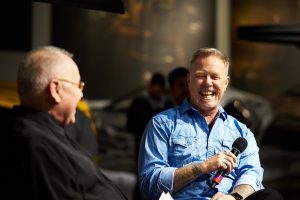 Hetfield is a lifelong car enthusiast and views his collection as a form of expression to convey his creativity. Hetfield’s vehicles assert both a reverence for history and a disregard for convention, standing collectively as a testament to the musician’s distinctive personality and artistic energy. 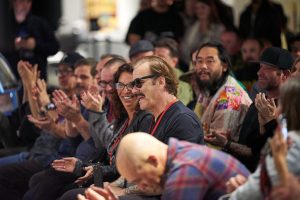 Rick Dore in the audience at the show’s grand opening party. He looks like such a badass, but is really as nice and approachable guy as you’ll ever meet. Plus of course he has mad design and building skills

The museum hosted a ticketed opening reception on January 30, 2020. The reception was highlighted by a ribbon cutting, a fireside chat with James Hetfield, and an auction featuring two limited-edition ESP guitars. 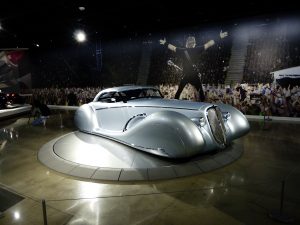 This fabulous pure custom is said to be inspired by a 30s era Packard, but looks much more like a Soutchik, Figoni or Franay bodied Delahaye to me.

You can love or dislike metal music, and equally love or not so much love pure custom cars and hot rods, but any real enthusiast will find lots to appreciate at this marvelous new exhibit.  Over the last several years, Hetfield’s builder of choice has been the incomparable Rick Dore, whose scratch designed and built pure customs rival anything from the classic coachbuilt era of the 1930s.  I handily suggest you visit the Petersen and see Reclaimed Rust, as the cars, the display, and the museumcraft are spectacular. 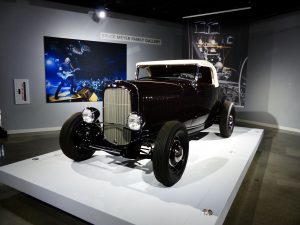 If you looked up textbook, classic, traditional ’32 hiboy roadster in the dictionary, there would b a photo of Hetfield’s Black Jack hot rod there to define it. Chocolate brown over black, and perfect down to the steelies and caps, and spot on Flathead V-8