MotorSport Watches – On the Road to Automotive-Inspired Timekeeping 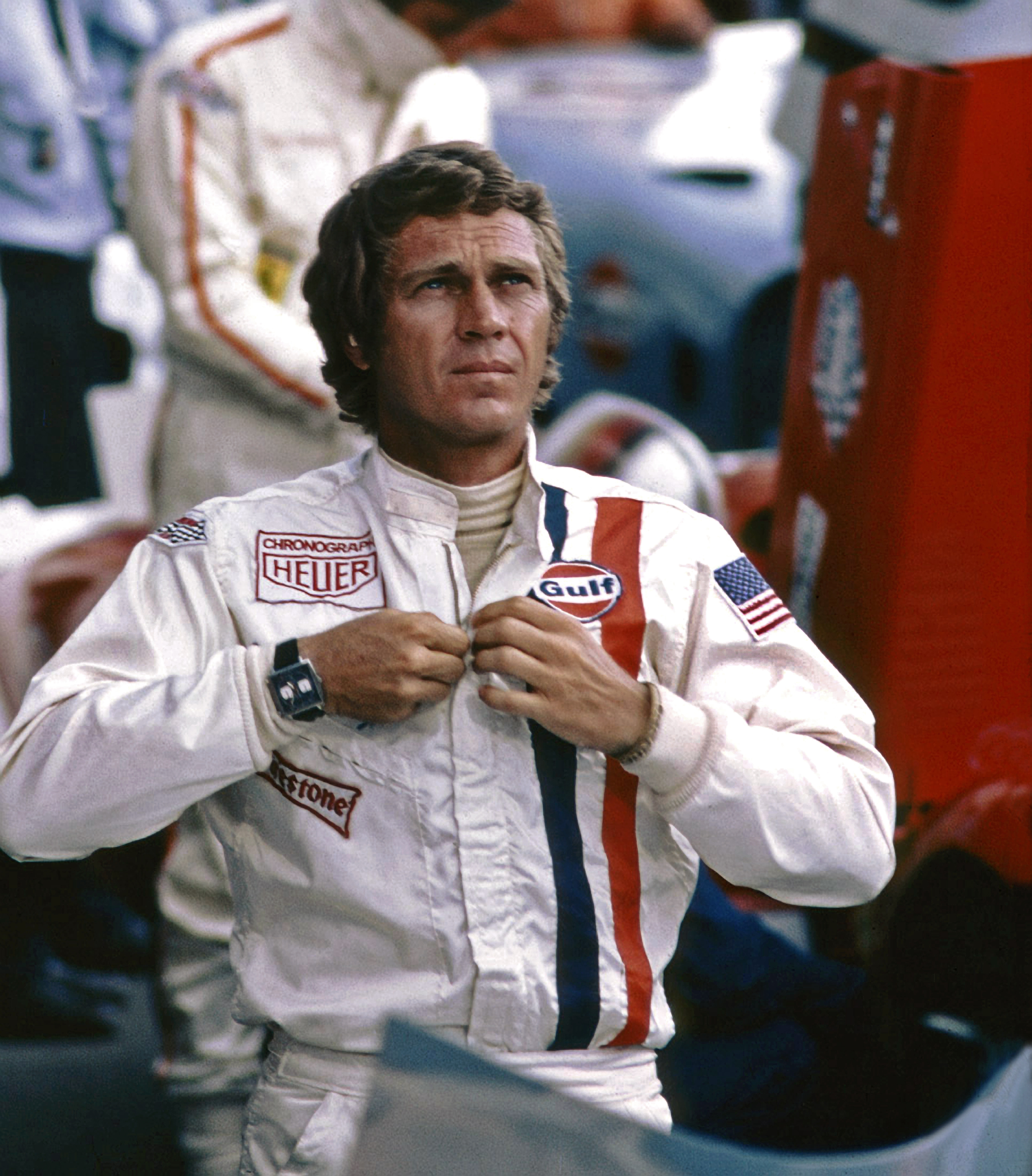 Call it fact or phenomenon; car people love sport watches, particularly mechanical chronographs and diver’s models. There are several makes and models that command the most popularity (and often the highest prices) but there are at least three kings of this road.

At or near the top of this heap is the Rolex Daytona Cosmograph, a 3-dial Chrono available in all stainless steel, steel/gold “bimetal” combination, or 18 karet yellow or white gold.

Launched in 1963, it is named Daytona in recognition of Rolex’s longtime sponsorship and association with Florida’s Daytona International Speedway, which to this day awards winners of the 24-hour sports car endurance race at this famous race track with Rolex watches along with their trophy and prize money.

Another longtime player in the motorsport watch scene is the Omega Speedmaster Professional, a 3-dial Chrono with a tachymeter bezel. Even though this is the watch that went into space and to the moon with NASA astronauts, the original Speedy (and its derivative models) is a favorite among enthusiast drivers and racers. It’s tough, purely mechanical, and looks much the same now as it did when launched in the 1960s. Also available in steel or gold.

The third member of this desirable triumvirate is the square-cased Heuer (now TAG Heuer) Monaco. The Monaco was designed and introduced in the late 1960s as the world’s first self-winding mechanical two-dial Chrono that featured a calendar. The original “pure” Heuer version’s most unique design feature, besides the shape of its case, is that of the earliest versions: They put the chronograph pushbuttons on the right side of the case while the winding stem is on the left.

This watch was made instantly famous when Steve McQueen wore one as Porsche racing driver Michael Delaney, in his motorsport magnum opus Le Mans of 1971. Ultimately the winder and the pushers were redesigned to be located together to the right side of the watchcase.

The original Heuer company and brand was later reborn as TAG (Techniques d’Avant Garde) Heuer. TAG is an advanced technology holdings company involved in aviation, hospitality, and motorsport. Some of you will remember seeing the all caps TAG logo on certain F1 engines in the late 80s.

Today TAG Heuer is wholly owned by the Louis Vitton Moet Hennessey (LVMH) luxury goods brand. TAG Heuer, in a move to update and reissue several of the more iconic Heuer models, launched a new line of Monacos, available with the original sapphire blue main dial, black, and even a Gulf liveried edition to connect to the Porsche 917s that McQueen drove in the film.

The car/watch connection is logical; cars, of course, are very mechanical, and watches are mechanical things too. Cars have engines, and watches have their own “engines,” particularly in terms of complex mechanical movements. While this enthusiasm is in no way restricted to males only, it is certain that for many men, a watch is their only, or at least primary, form of expressive jewelry.

With that in mind, we asked Ulrich Wohn, TAG Heuer CEO, what makes this connection so strong? Is the “car guy watch” thing because of the mechanicalness of these watches, more about design and metallurgical aspects, or perhaps emblematic of a “racy” type of lifestyle. Wohn agreed that all of these reasons are logical and likely legitimate, but added that “we believe it’s much more the emotional connection to owning and wearing fine timepieces” that really drives this enthusiasm.

Carmakers have jumped big-time onto this bandwagon. Nearly all premium automotive brands have some sort of official watch brand connection. Ferrari, since the 1950s, has commissioned or licensed a wide variety of watches wearing its world-famous logo. Initially, these pieces were made in small quantity, most often given as gifts from company scion Enzo Ferrari, to Ferrari team racing drivers, certain employees, friends, sponsors and others inside Signore Ferrari’s inner circle.

Today the earliest of these are highly prized and very expensive. For some years, Girard Perregaux was Ferrari’s branded purveyor of choice for top-end, premium watch models, a mantle more recently assumed by Panerai, a watch brand founded in Florence, Italy, in 1860. “Breitling for Bentley” is another long-standing licensing agreement and brand relationship connection. Post-Ferrari, Girard Perregaux has assumed the watchmaker role for Aston Martin. Porsche Design created and produces its own roster of watches (sunglasses, clothing, and other luxury products) dedicated to that famous German marque. There are also watches bearing the shape of Bugatti’s horseshoe grille design, dating to the 1930s.

In a few rare cases, the car-watch connection goes well beyond a vehicle brand, coming down to a notable individual stylemaker. Racing actor / Acting racer Paul Newman famously wore a “panda” dial (this is watchspeak for a white main dial with smaller black ancillary, chronography timing dials, loosely recalling the white face and black eyes of a panda bear) Rolex Daytona on the cover of late 60s issue of moda — Italy’s top fashion and lifestyle magazine at the time – and from that moment on, without any official business arrangement or license between Newman and Rolex, that particular model became forever known as the “Paul Newman Daytona.”

Newman famously wore Rolex Daytonas for the rest of his life, at least one, an engraved on-the-back piece given to him by wife Joanne Woodward. A couple of his watches have been sold at auction netting multiples of millions of dollars after his passing. 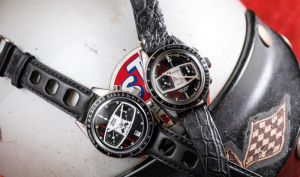 Mario Andretti wore a French YEMA two-dial chronograph (above) during the month of May 1969, when he practiced for the Indy 500, survived a fiery practice crash, qualified on the front row, and then won the race going away. Andretti still owns and wears that well-traveled historic watch.

YEMA was founded in 1947 and today produces a handsome variety of sport, diving, and motorsport flavored pieces. In 2019, YEMA and Andretti collaborated on a serialized and signed reissue of that original YEMA Rallye watch that is a virtual twin to that 1969 model.

Baume et Mercier produces an official line of Shelby Cobra watches dedicated to this brand and some of its most famous factory team racing drivers. There are countless others depending upon your taste and budget.

And how could we forget the famous, and now iconic line of PorscheDesign timepieces, most recognized for their blacked out cases, dials, and bands.  It was a great look 30 years ago, and remains so today.

While it’s true that most of these watches won’t allow you to make a phone call or search Google, they will in fact accurately tell you the time and sure look great doing so.