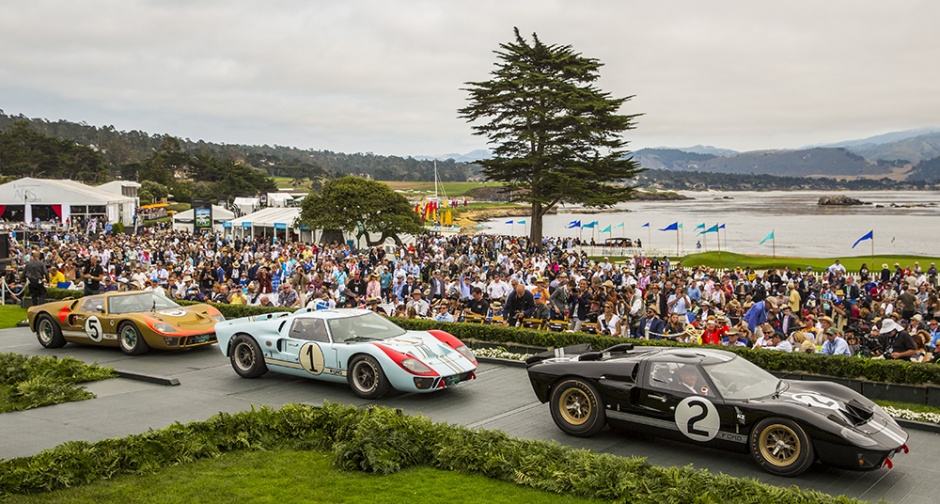 Everyone enjoys the Monterey car week (or some would say its now car Month) a bid differently. Here are some of my personal highlights, which I hope you also enjoy.

It dawns on me that, somewhat like the “swallows returning to Capistrano” every year, I’ve been participating in the Monterey Historic Auto Races (Now called the Rolex Reunion) / Pebble Beach events for more than 30 years.  See I started going when I was seven… 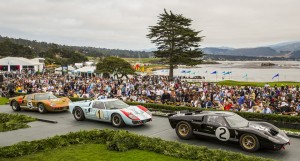 Perhaps my ultimate highlight: The trio of Ford GT40s that finished 1-2-3 at Le Mans in 1966, presented in their finishing order.

For many of those years, I attended as a pure enthusiast with my dad, a friend, friends, girlfriend and now ultimately wife.  A few decades back it also became a working week for me with vehicle launches, interviews to do, classic car stories to cover, etc., but I never stop seeing this automotive Woodstock through enthusiast eyes, because its still the greatest gathering of cars and car people there is (for me at least).  Here’s my personal viewpoint a few of the happenings…. 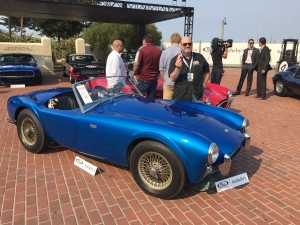 Here I stand, Readyteller cards in hand, ready to stake my claim for the sports car that changed the world. Unfortunately, my bank limit didn’t extend to 12.5 million bucks on the hammer. 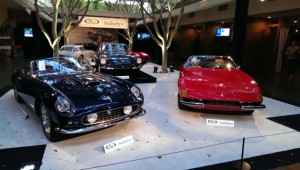 As tasty a Ferrari display as one could imagine…a 250 LWB Spyder California at left, a SuperAmerica Aerodynamico in the middle, and the seminal Daytona on the right. This trio left me a little breathless. 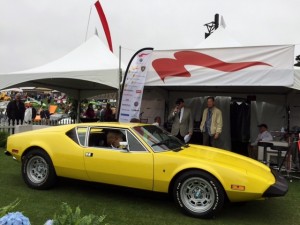 One of the highlights of my Monterey is working as the morning emcee at Concorso Italiano. I get to hand out the 2nd and third place trophies, plus interview cool car people. That’s me at left with my friend and DeTomaso Pantera designer Tom Tjaarda on the right. This yellow Pantera L is a near twin to the one I owned from 1980 until the late 90s sometime, and I miss it every day. 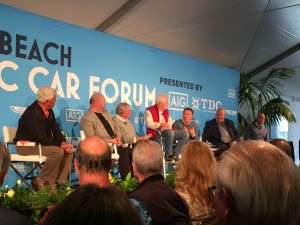 Legends, heroes, and friends at one of the Pebble Beach collector car forum panels: from left, Tom Gale, me, Bill Warner, Wayne Carini, Ralph Murano, Dave Kinney, and McKeel Hagerty. Smart guys who I’m honored to join, and have fun with and learn from at the same time. 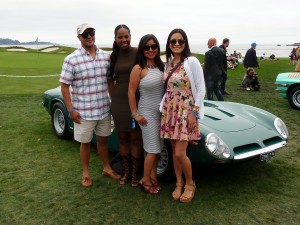 There’s almost too many beautiful people at Pebble Beach mugging in front of their favorite (or just their) cars…and why not. Its that kind of day. 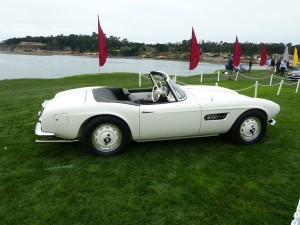 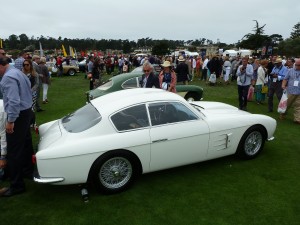 One of the classes I judged… 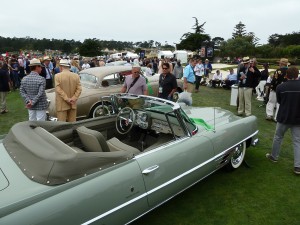 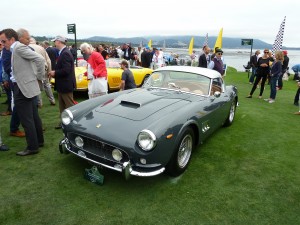 Cue the “California Dreamin” soundtrack please…hope to see you here next year.