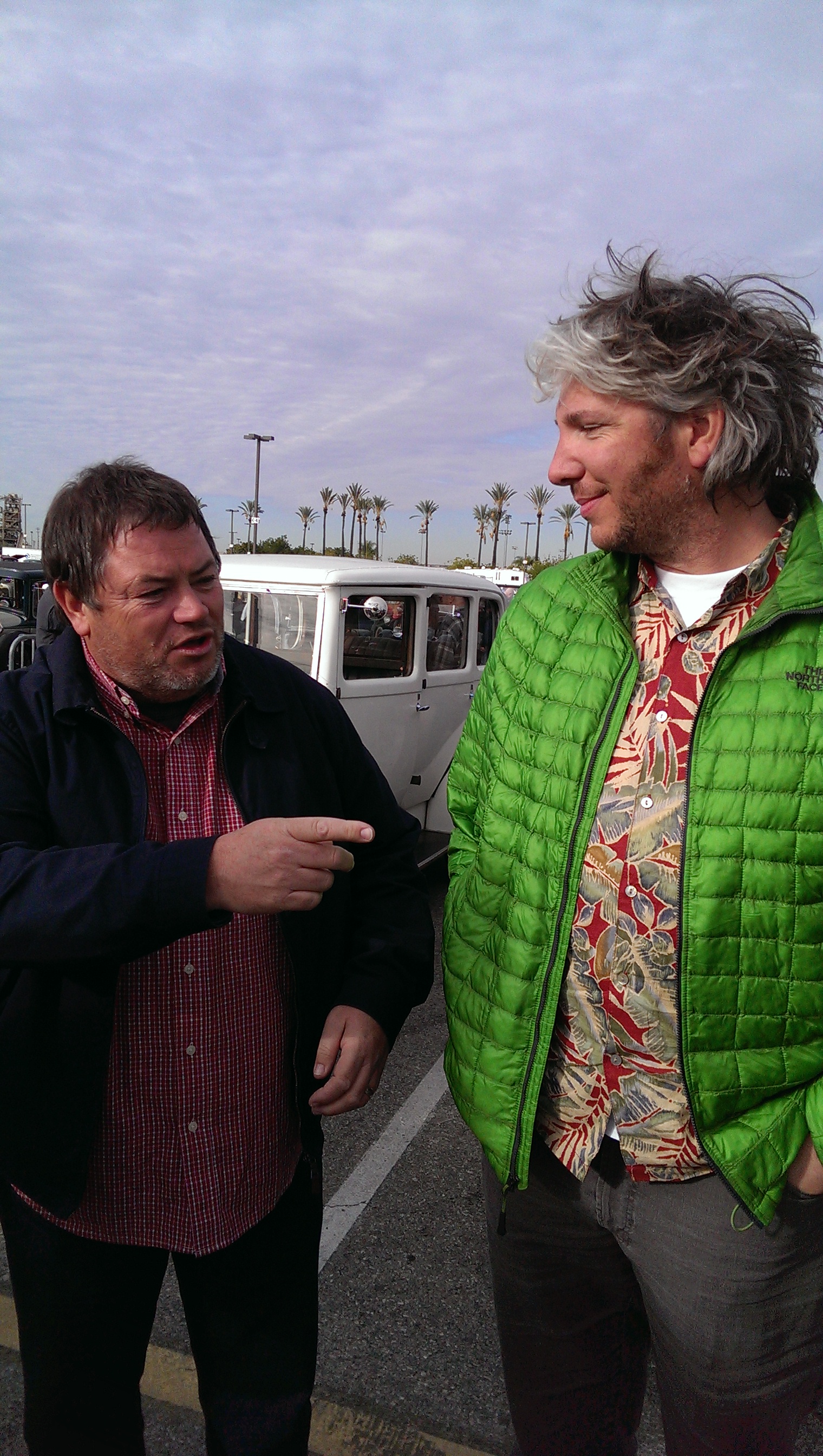 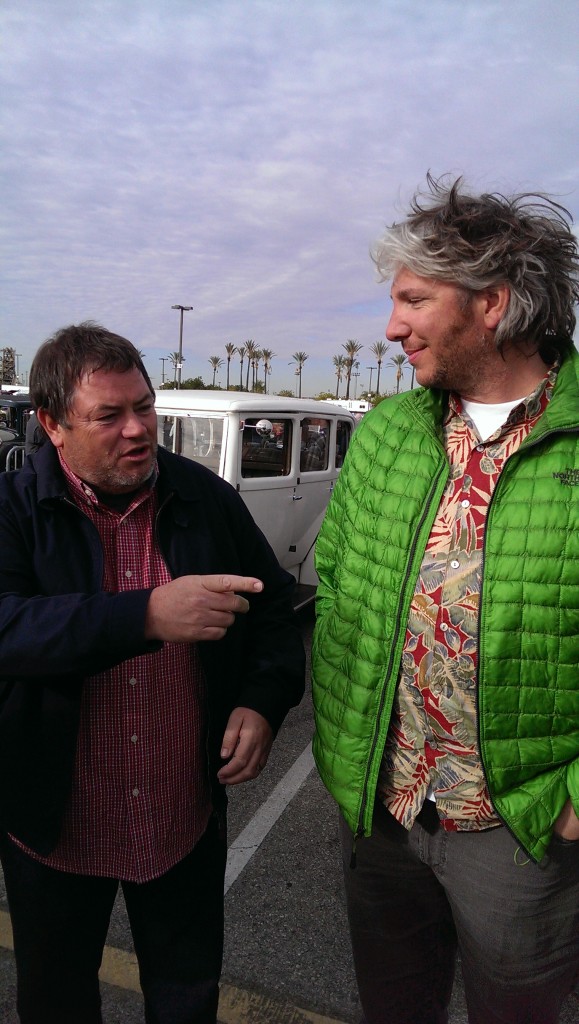 I went to a most wonderful car event over the weekend (more on that once I get the photos from my shooter) and ran into a couple of car community celebs, they being Mike and Edd, the creators and stars of the popular, “buy ’em cheap, clean ’em up, and sell ’em on” show called Wheeler Dealers.  It’s produced primarily in the UK, although they take the show on the road ever so often, and have produced many segments here in the U.S.

Mike is the dark haired, perennially cheerful wheeler dealer, a long experienced hand at buying and selling cars.  Edd is the tall chap with the mop of grayish hair that fixes anything the cars need, or upgrades as desired, to sell them on quickly and hopefully for profit.  Edd is among the most amazing mechanic types I’ve ever seen; he always finds the just right and generally smart way to do things; he seldom resorts to the most expensive path, but doesn’t shortsheet or mickeymouse anything either.  He can rebuild an engine, paint a car, swap out a frame, weld up an exhaust system, or strip and completely redo an interior.  Golden hands, good eyes, level head. 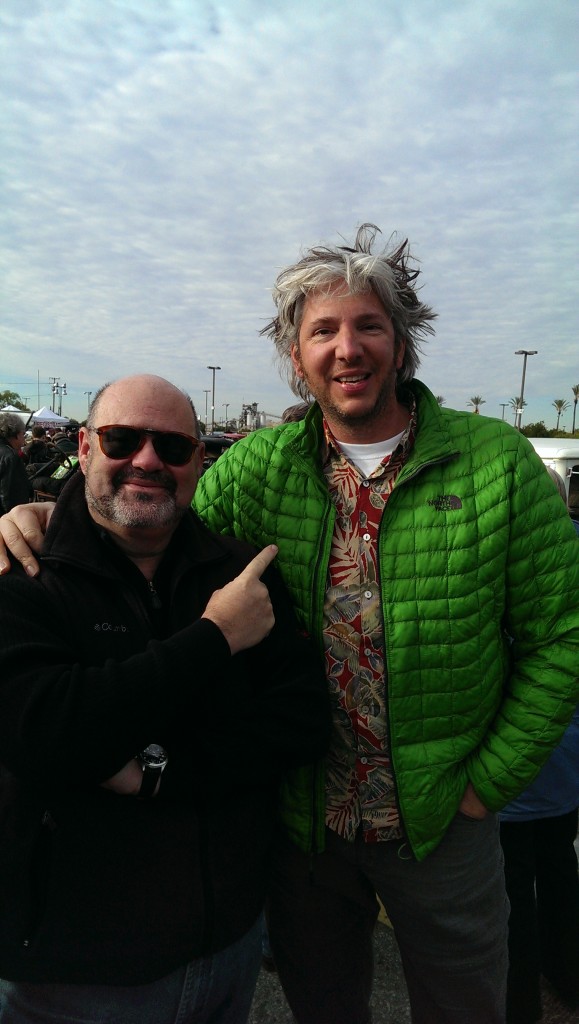 Me and Edd; Mike and I are about the same general size and dimension; if the old boy ever gets tired of the Wheeler Dealer racket, I’d be happy to take his spot.

Anyway, the boys were doing some production work here in Southern Cal, and we caught up with them strolling the rows of pre-1932 motors at the car gathering I mentioned.  No camera crew on scene, they were just cruising the cars, and chatting with the many fans who recognized them and mobbed them for selfies and handshakes (myself included).  And they are as absolutely charming and friendly as they seem on TV; more than willing to let all of us be their groupies.  Mike said that each show can involve up to 100 hours of filming, and lots of voice over and edit time to stitch it all together.  Based on my experience doing automotive, I can tell you that number is accurate. 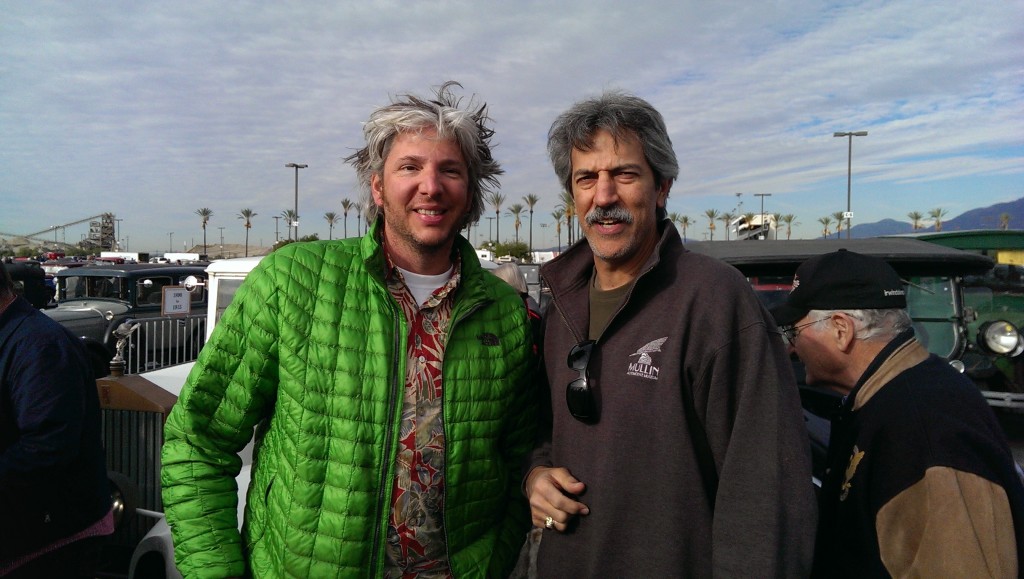 Edd is one long tall boy; and so is my friend 6’7″ Jeff on the right. We put them shoulder to shoulder to see who was closer to the sky, and I”ll call it about a wash…

My thanks to Mike and Edd for being truly good eggs, and for the great show they produce.  Wish I’d thought of it.

Make sure to catch Wheeler Dealers on Velocity television.