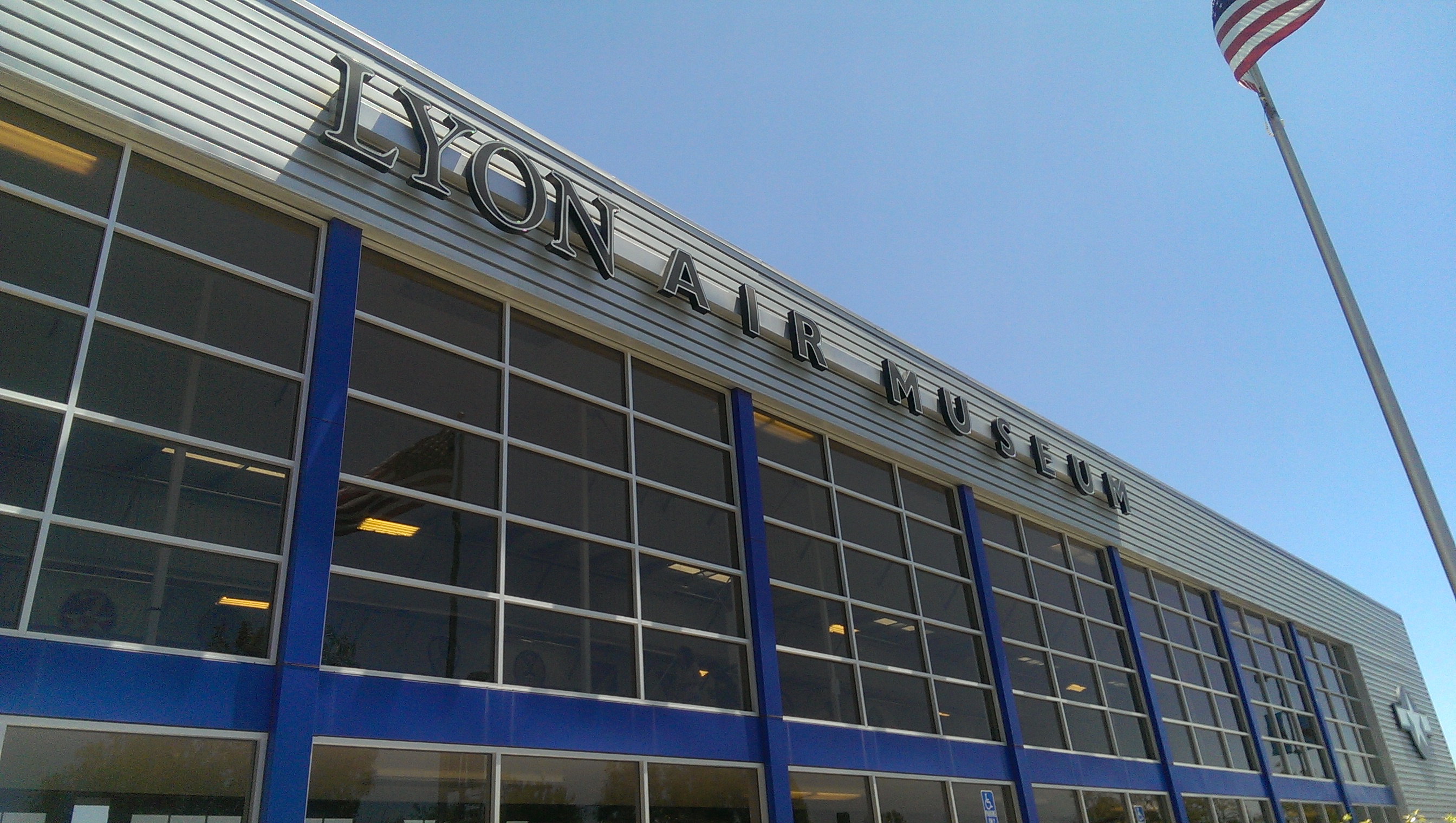 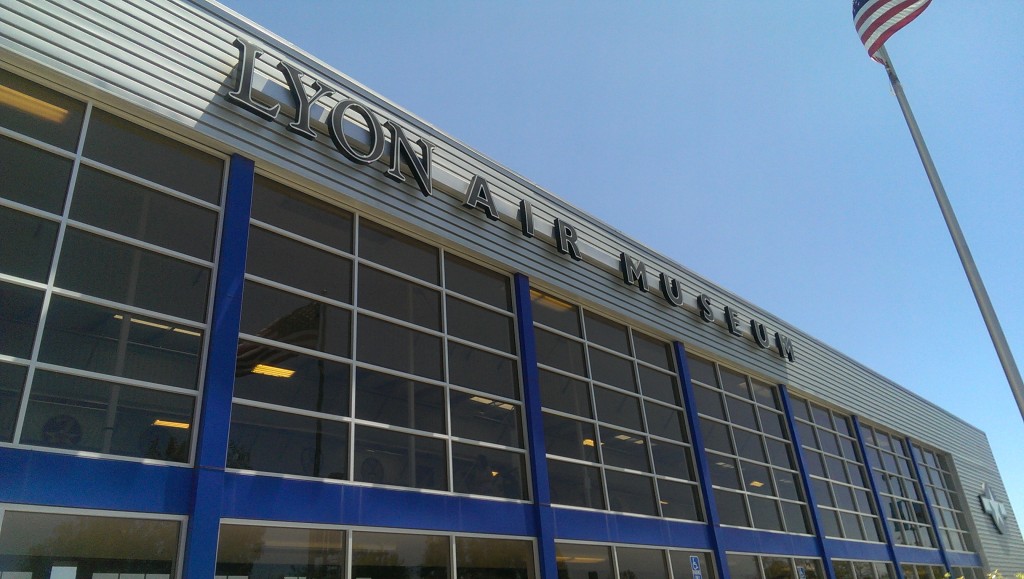 If there’s a better crib than this for a world class toybox full of cars and planes, I’ve never seen it. 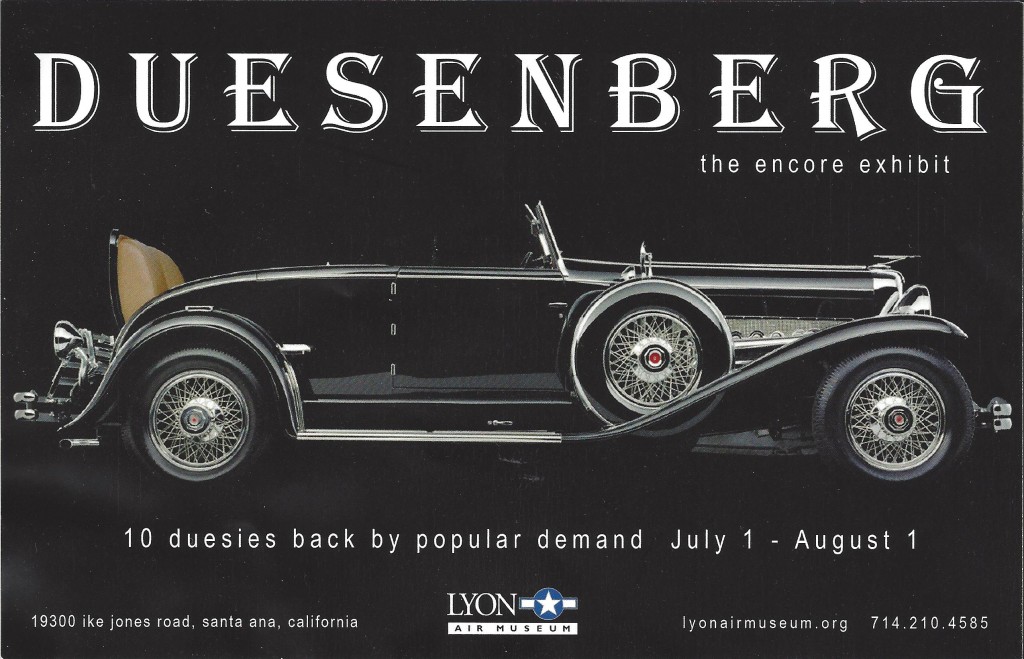 Extended again…giving you a few more weeks yet to see these fabulous cars among the planes, bikes, and other historic stuff. Don’t miss it.

If you’ve never been to the Lion Air Museum in Santa Ana, California (abutting John Wayne Orange County Airport) you simply must put it on your Bucket and To Do Lists. It’s an otherworldly collection of WWII era aircraft, cars, motorcycles, and memorabilia assembled by Major General William Lyon (Retired). After a distinguished military career General Lyon, primarily as an aviator, General Lyon made his fortune in real estate development and home building. Along with that came a formidable, world-class level vintage aircraft collection, and currently 80-85 classic cars, plus some motorcycles.  The 92 year old Lyon particularly loves Duesenbergs, and owns many of them. General Lyon is generous in sharing his cars, often entering them in shows, and often displaying selected aspects of his collection at his air museum. 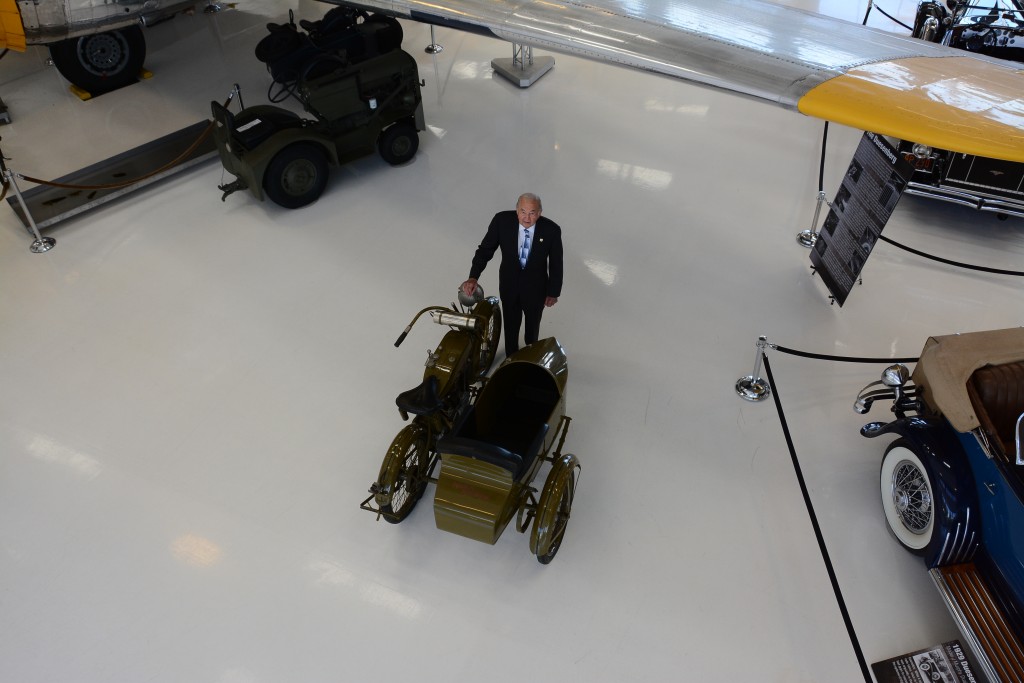 The museum is in a fabulous hanger style building backing right up to the airport runways. The building was either a large commercial hanger or might have been an airplane dealer property. No matter, its large, immaculate, glassy, and well lighted. And it holds several planes, some of them quite large (like a pair of DC-3s, one military spec, and the other a civi craft). His recent display of ten of his Duesenbergs was so popular that its been extended beyond its planned August 1 closing to September 7. So you still have time to visit; the admission fee is modest, and even if you aren’t big on vintage aircraft, you’ll be impressed.

The photos really tell the story, so I’ll stop blathering and get on with some pix.  The museum and contact information is just below. 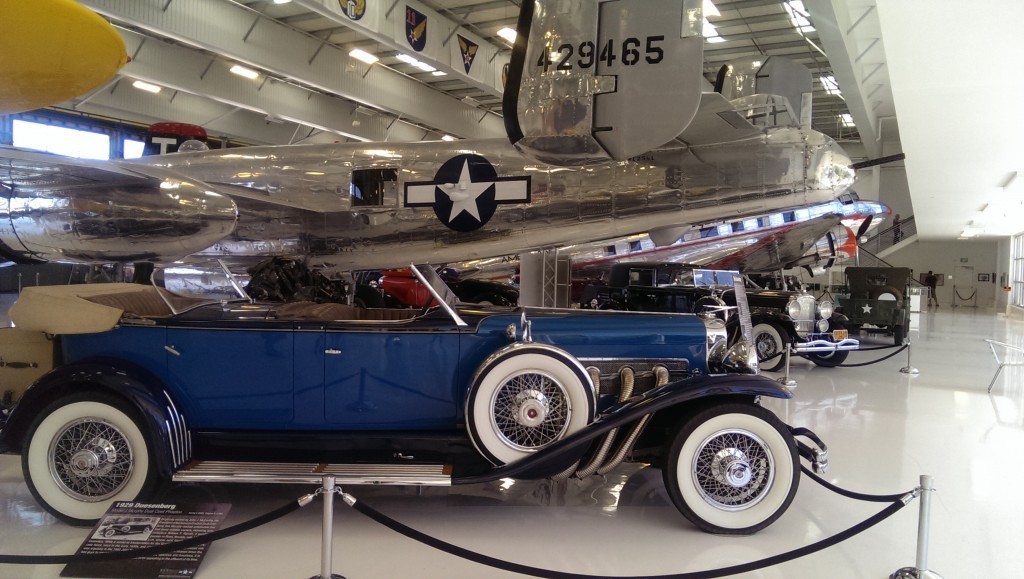 This is your first view when you step from the lobby into the hanger. The very definition of breathtaking. 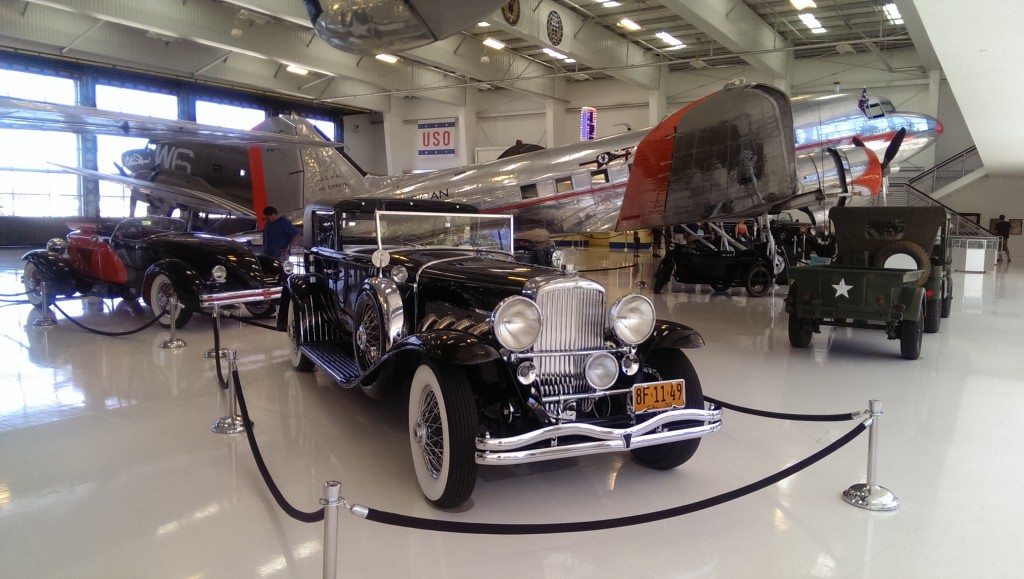 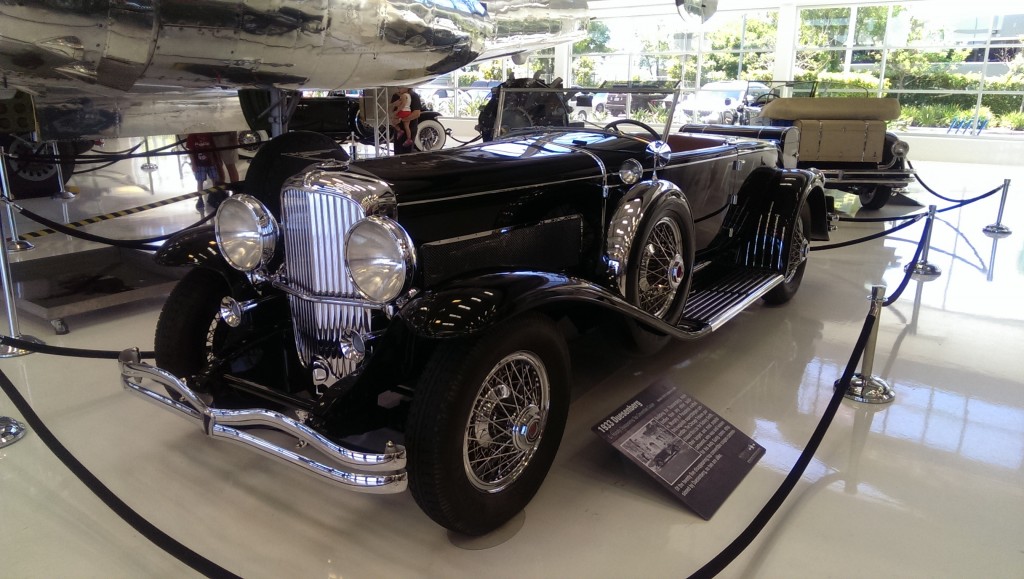 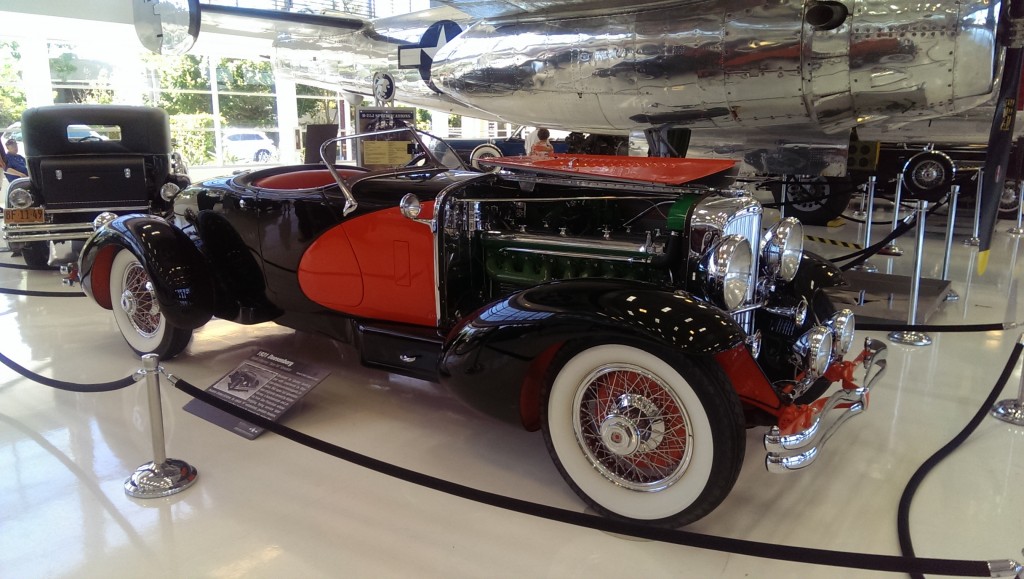 Flamboyant is the only word to describe this torpedo bodied roadster, elegant in orange and black. Check out the double overhead cam, 4-valves per cylinder straight-8 engine too. Speed with style… 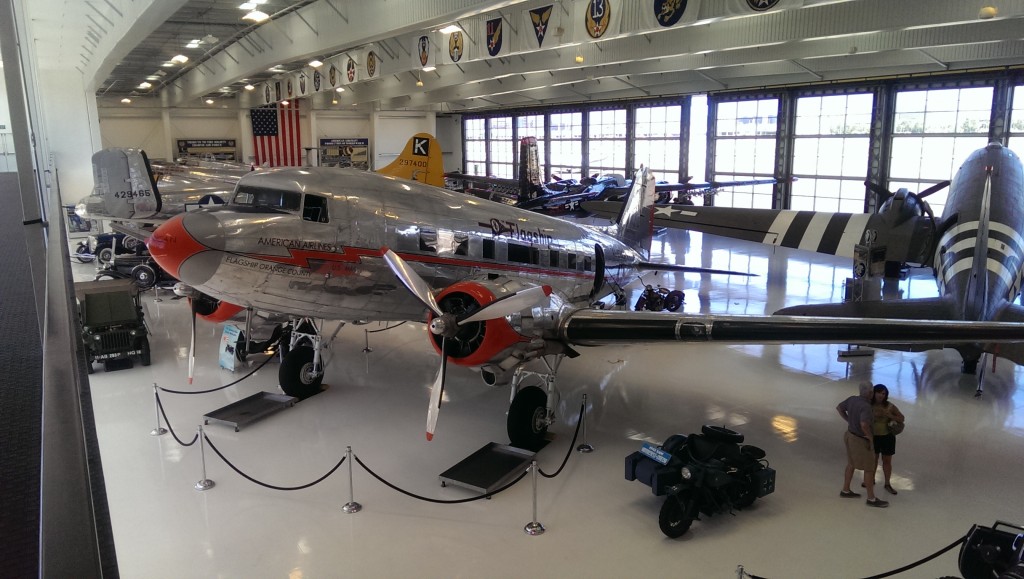 Talk about a room with a view. I could happily live here. 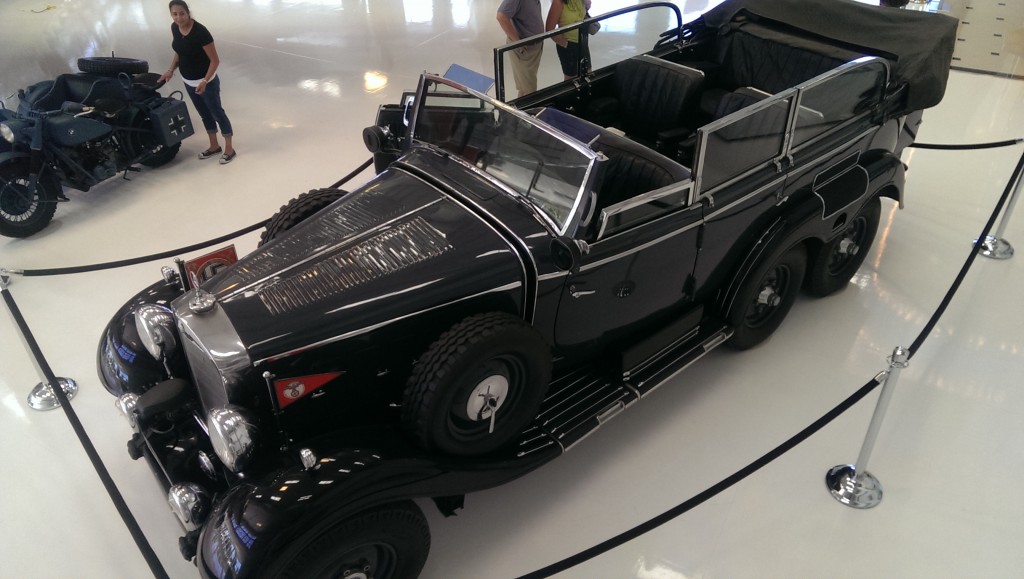 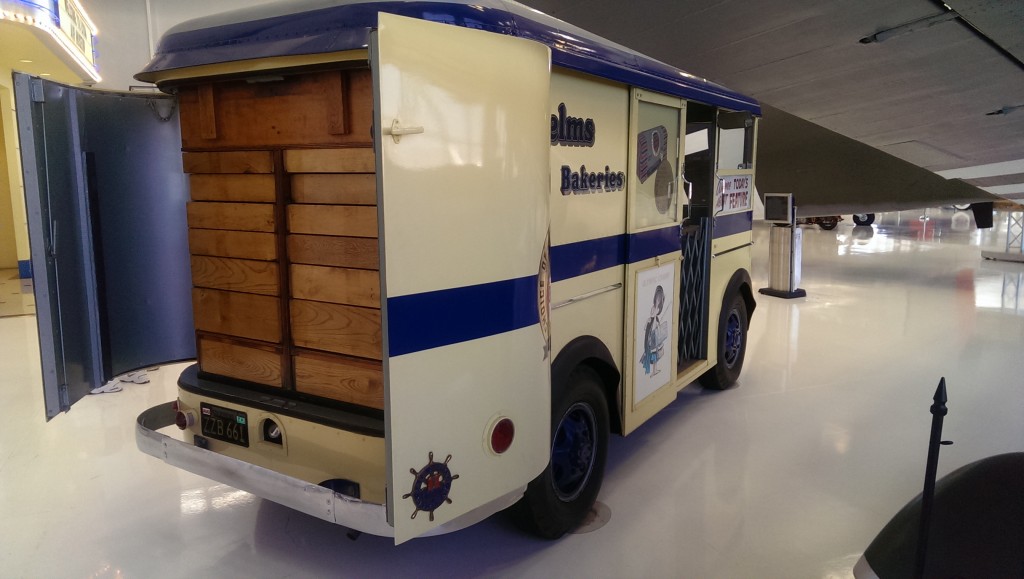 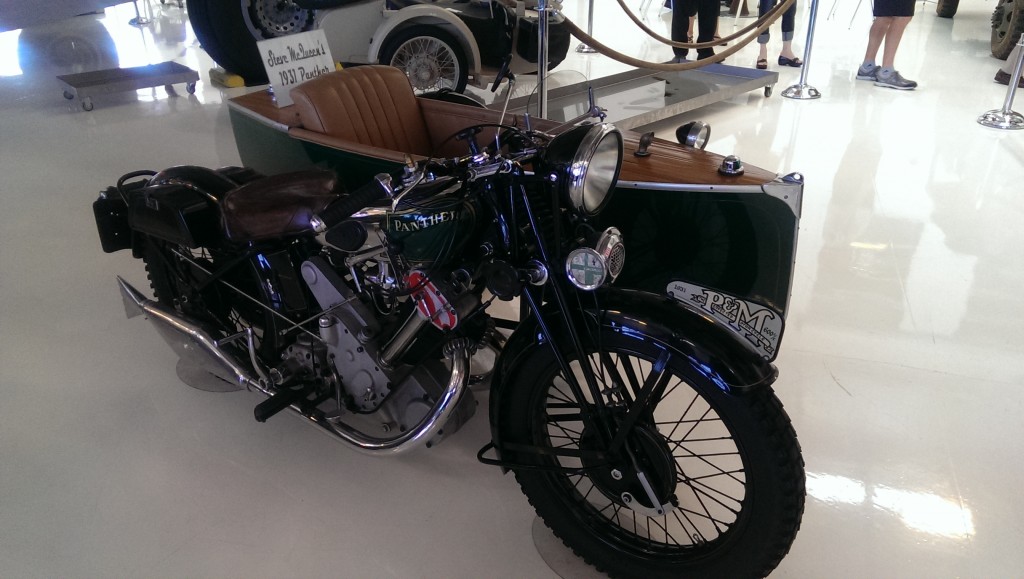 This British 600cc P & M Panther is another ex-McQueen piece. The yacht style sidecar was built by the Old Essex Boat Company also in the UK. 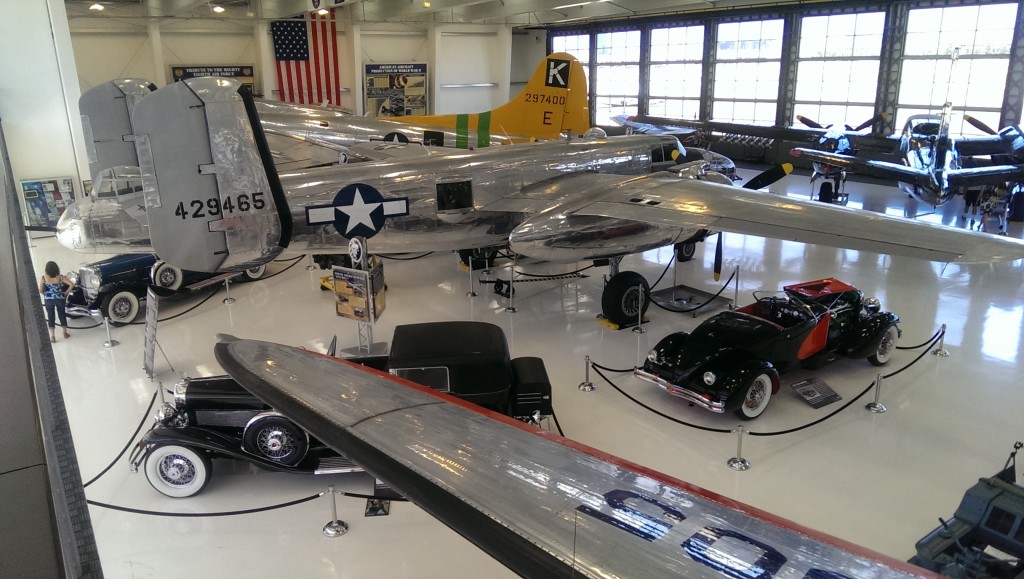 One last look back just to finish taking away any breath you might have had left.