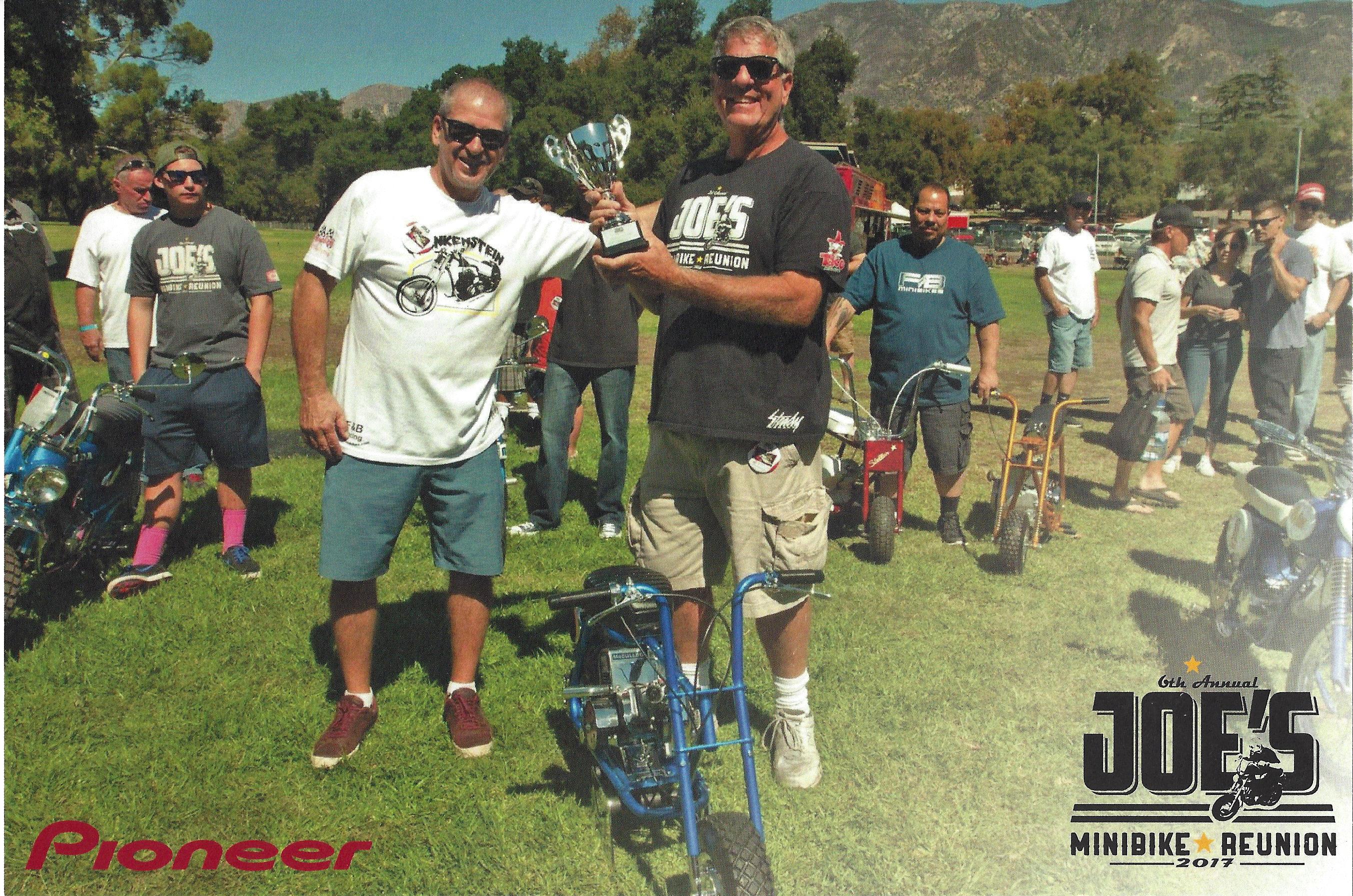 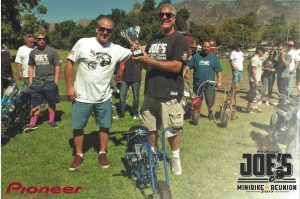 When I was a kid and before I could get a driver’s license, I was really into minibikes and motorcycles. My neighbor across the street, Scotty, had a little tube frame minibike with a 3.5 horsepower Tecumseh lawn mower engine it it, and I, at the time, never wanted anything so bad in all my young life. They cost about $150 brand new, which of course seemed like billions to me then, but I began saving my chores money in the hopes that someday, I too would have my own minibike. 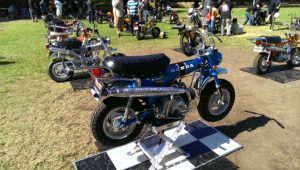 I never got one, because my dad felt they were really worthless, not street legal, and just too small for me. So when we got a motorhome and spent a lot of weekends camping and fishing and such, he/we decided that a couple of smaller “trail” type motorcycles would be better. So he bought a used Honda Trail 90, and I bought, with the aforementioned saved up pennies, a used Honda Trail 55. These little bikes were great, and really did a lot more than a tube framed minibike would do back then, so it was probably the right call. 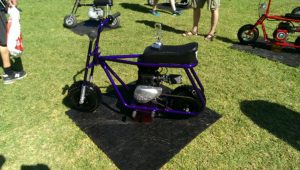 Tacos were a pretty hot brand of mini back in the day, and are now seriously collectible.

Who would have thunk that now, all these decades later, minis would become A Thing. Fortunately, my pal and former Petersen Publishing teammate Joe Sebergandio recognized it, and began putting on Joe’s Minibike Reunion on an annual basis. He organizes and underwrites the whole deal, and even though he has sponsors and some booth space income, I’m sure he loses money on it each year (its only $25 to enter your bike, with no spectator admission fee or ticket price).  But he does it for the love of the game, and to support the hobby — this event really launched, or at least created a ground zero for the hobby. And I give him nothing but credit for doing so. It all happens in a park just a few miles from me, and I’d never been, so this year decided it was time to go and support his efforts. 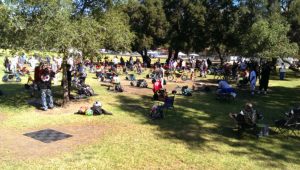 LaCrescenta Park is a huge property, and Joe’s goal is to fill the entire place with minibikes and there’s no reason he can’t.

And the state of the art in minibiking has really grown and evolved over the years. I saw concours level restored minibikes, choppers, customs, racers, and you name its. As with cars, there are numerous facets and styles to the hobby, something for everyone to enjoy. Did you know that Honda makes the ne plus ultra hot single cylinder motor for minis these days? And all pumped up with a Tim Iskenderian cam and a bunch of other mods, these little things can run 80-90 miles an hour? Not with me on them, thanks, but minibiking is now a mature hobby with classics, racing, and miles of style. 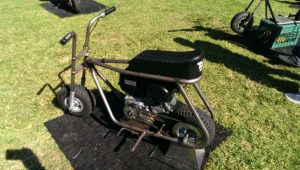 Some minis are highly modified and customized, while others are restored to factory fresh condition and spec.

Good on ya Joe, and keep an eye out for next year’s event a www.joesminibikereunion.com. More photos below… 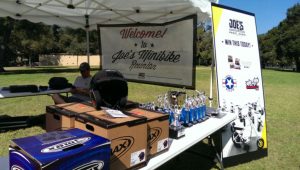 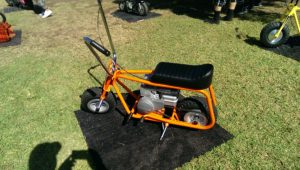 Check out the handlebars on this beautifully finished mini. 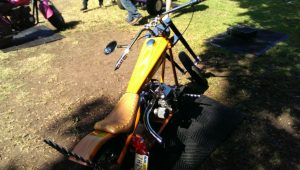 You can easily spend thousands of dollars on a custom bodied mini chopper like this one. 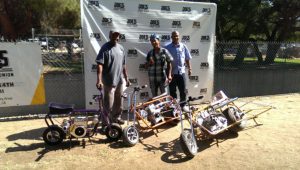 Anybody here not having fun? 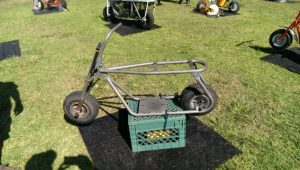 Guess you’d call this a BarnFind? 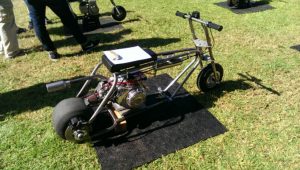 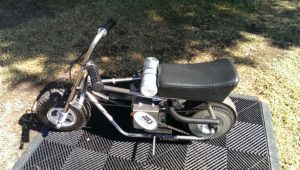 Short legs a plus for this game.