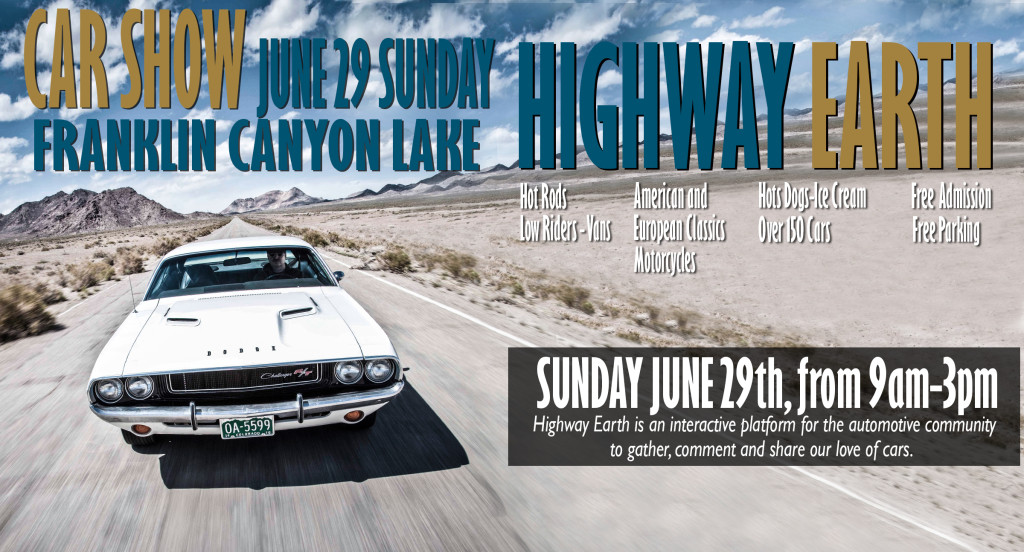 My friend, photographer Evan Klein and I were having lunch one day and he said “hey, what would you think about a car show at Franklin Canyon Lake Park?”  That’s easy; the Beverly Hills location is beautiful, rustic, casual, genuine, and historic.  The park has been there for decades, and the site of countless movie and TV shoots.  In fact Evan and I had done car magazine photoshoots there together.  So I asked him what he was thinking.  Turns out that Evan and his fiance jog and walk their dogs there several times a week, and the idea just struck him one day  Over the years, he’s gotten to know many of the rangers who work the park, and upon asking them about the idea, they were most supportive. 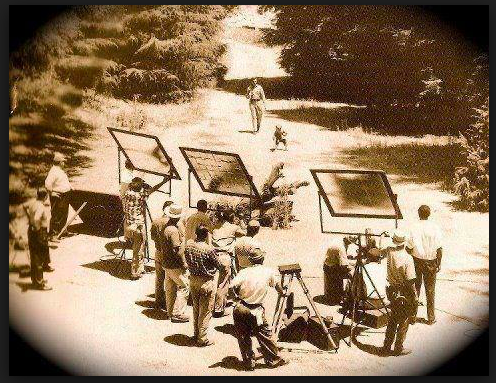 The old Andy Griffithshow was filmed here, among many other 60s classics and movies.

His idea was an easy, fun, accessable car show for everybody to enjoy with family and friends.  Ferraris parked next to low riders; Porsches and Plymouths, run what ya brung.  No trophies, no judging, no hassle.  The car entry fee had to be low so that anyone could enter, with no spectator tickets or fees at all.  The car entry fees were there only to cover insurance and security costs.  Good inexpensive food available on site (or bring your picnic), with strolling ice cream cart vendors to keep you cool and satisfy the sweet tooth. 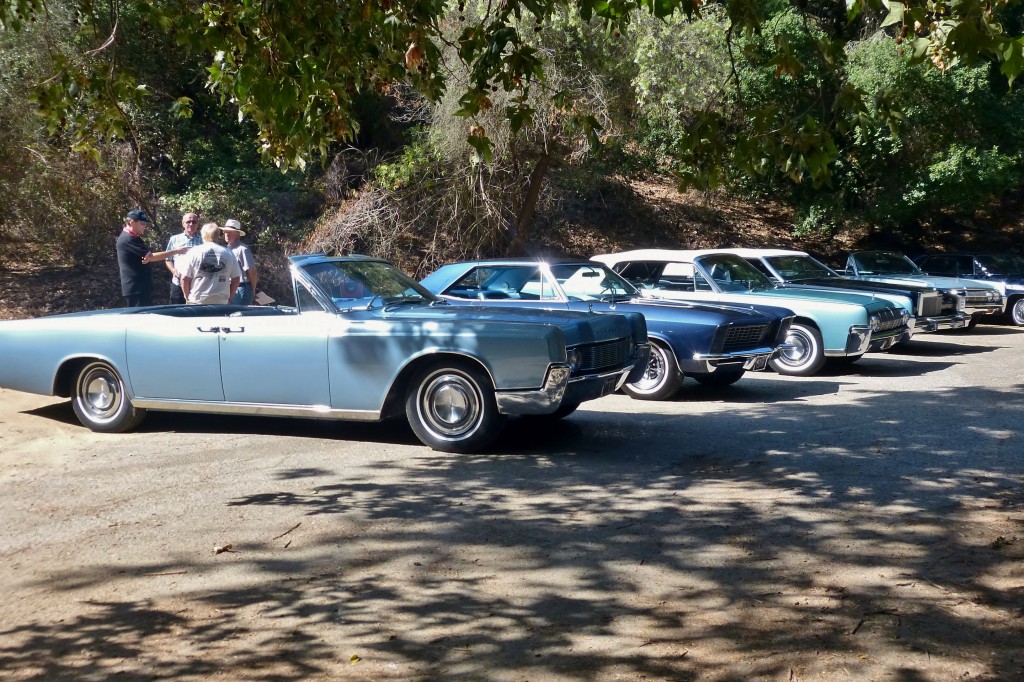 He set the date for June 29, and then began to worry.  What if he couldn’t get any cars?  What if he got cars and no spectators showed up?  What if what if?  OK, stop worrying Evan.  The idea captured everyone’s imagination, and soon, the show’s website was blowing up with entries.  He finally had to cut it off at around 150 cars, because the property wouldn’t hold a lot more.  The layout is most unusual, there’s a one-way road that circumnavigates some of the park and lake, with little alcove parking areas which were designated for Porsches, Hollywood cars, muscle, 50s, etc.  These are entirely seperate from the spectator parking area.  The complete loop around the road, in other words, to see the entire show, is an easy, level, one-to-one-and-a-quarter mile lap.  Easy stroll for most anyone, kids and pets welcome.  Some folks walked down to the lake, others took the loop several times to see what new cars might have showed up since their last lap.  Super casual. 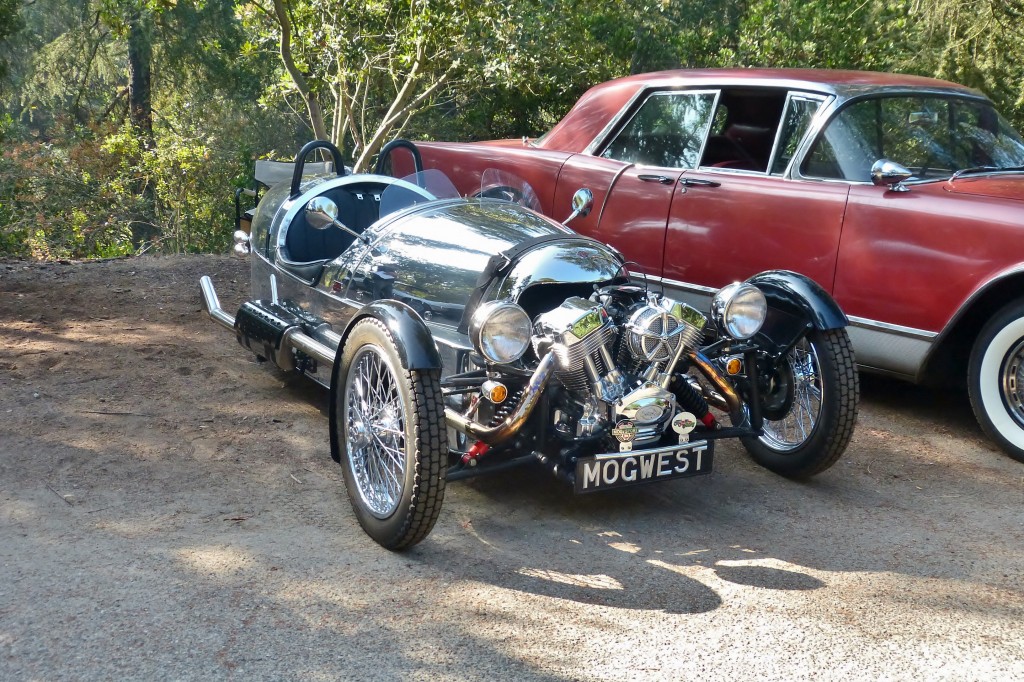 I said variety, right? Where else would you see a Morgan trike parked next to a Facel Vega Excellence?

It quickly became the most exclusive, non-exclusive car show in town, with people calling accepted entrants at the last minute to see if they could get their car in.  Success!  And it was a great day; warm and clear but not too hot, and around 150 fun, great, and interesting cars, bikes, vans, and such on hand.  The variety was most engaging.  Evan did much of the work himself, leaning on a few volunteers to help get cars in the door and parked, but it was entirely the idea of one guy, and largely the effort of that same guy that got it done.  He’s already been bombarded with support to do it again next year, which I’m sure will happen, and if I’m in town, I’ll be there again, and you should be too.  Watch for announcements at www.highwayearth.com. 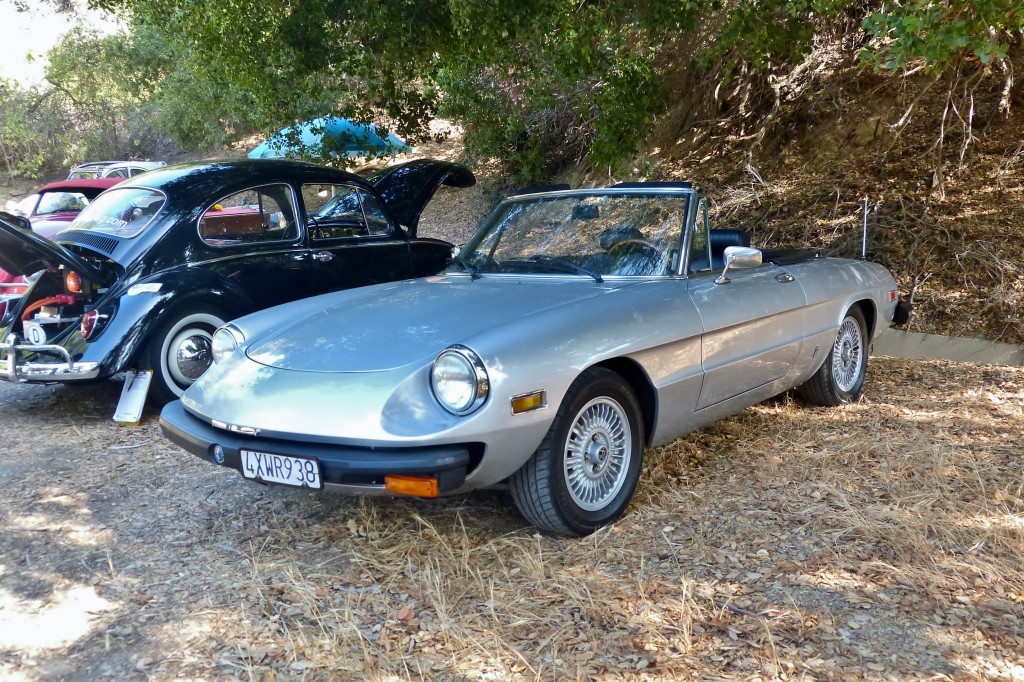 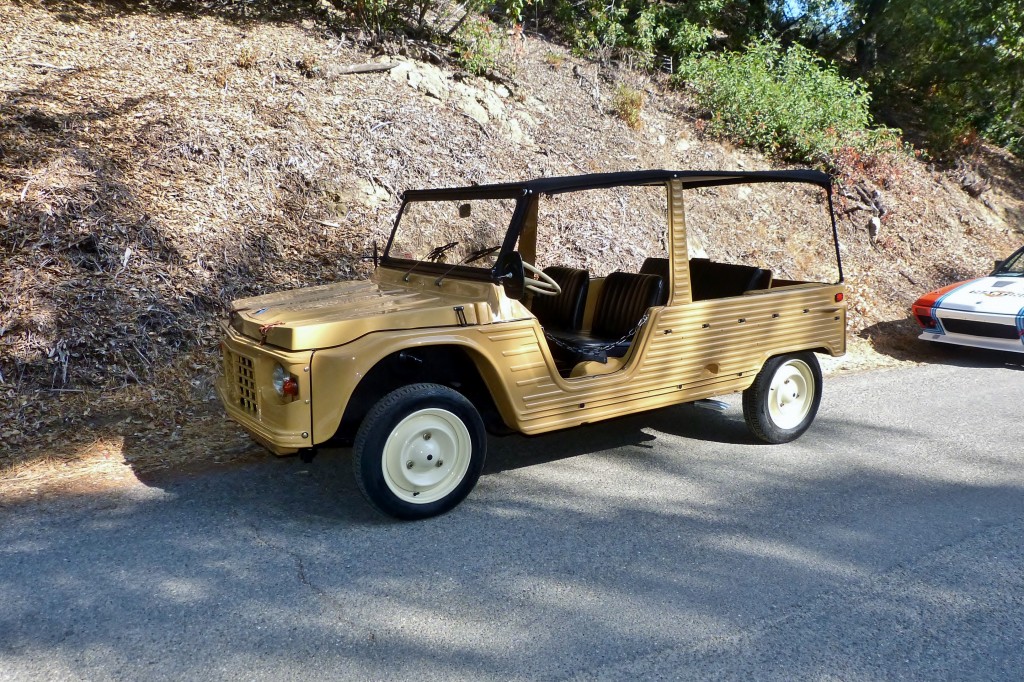 Again not something you see everyday; a Citroen 2 CV-based Mehari 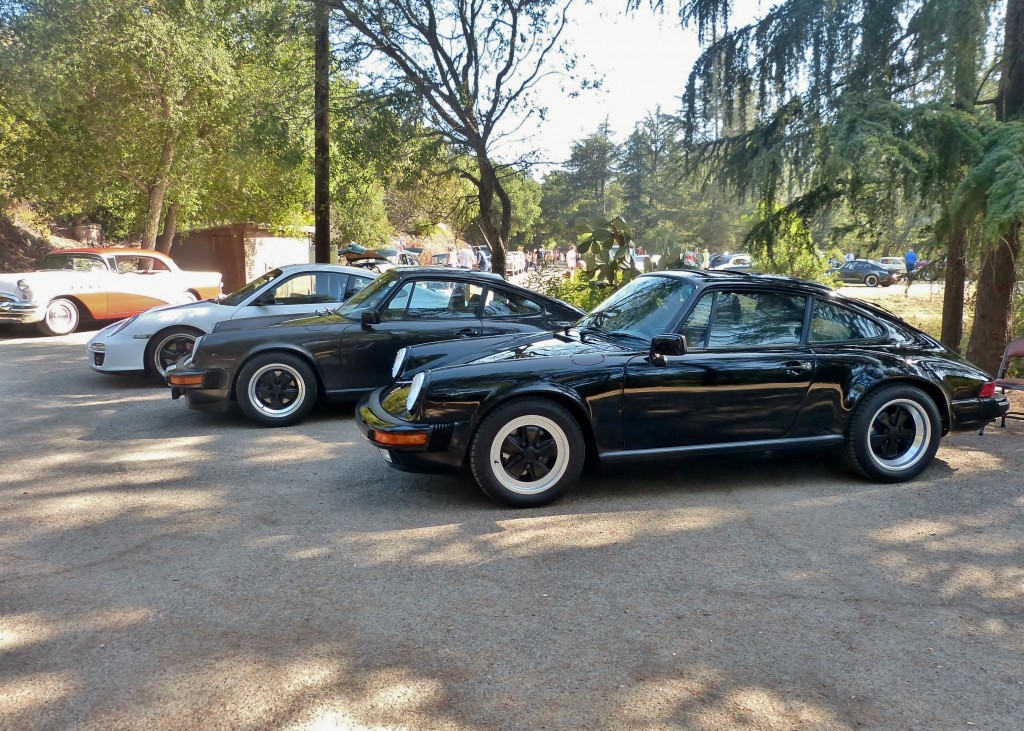 We Porshes got our own little parking alcove with a half dozen nice cars. That’s my own black ’89 Carrera coupe, with a most spectacular 25000 mile 911 SC in dark gray, right next to me plus a rare and interesting Brumos edition 997 coupe on the end 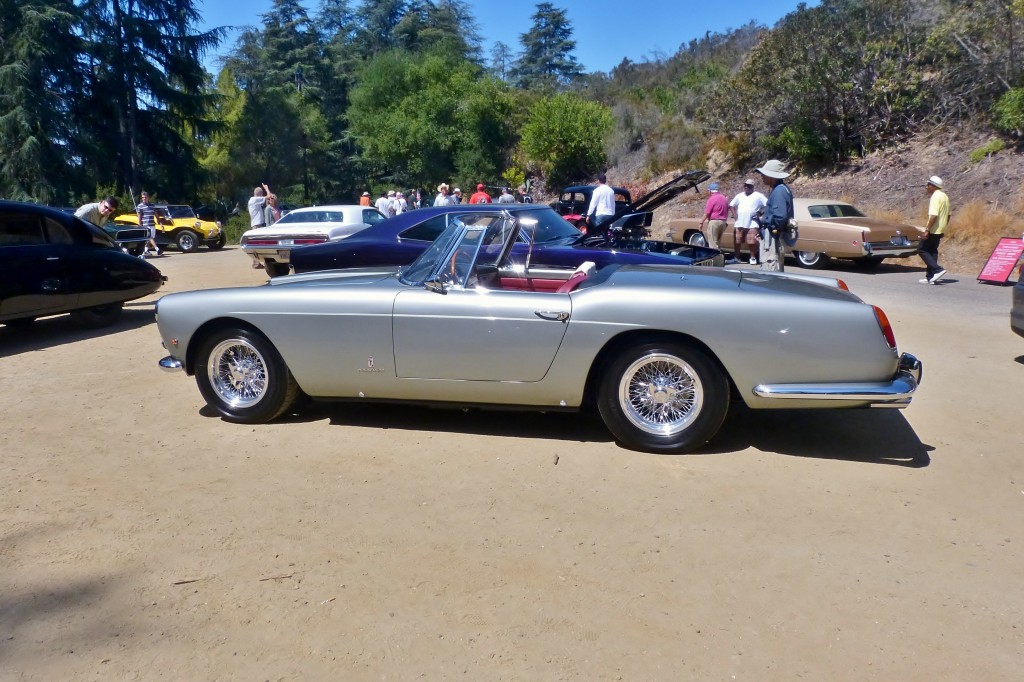 Beauty and elegance collide in this Ferrari 250 GT “PF” Cabriolet, and check out this great, soft spoken color combo 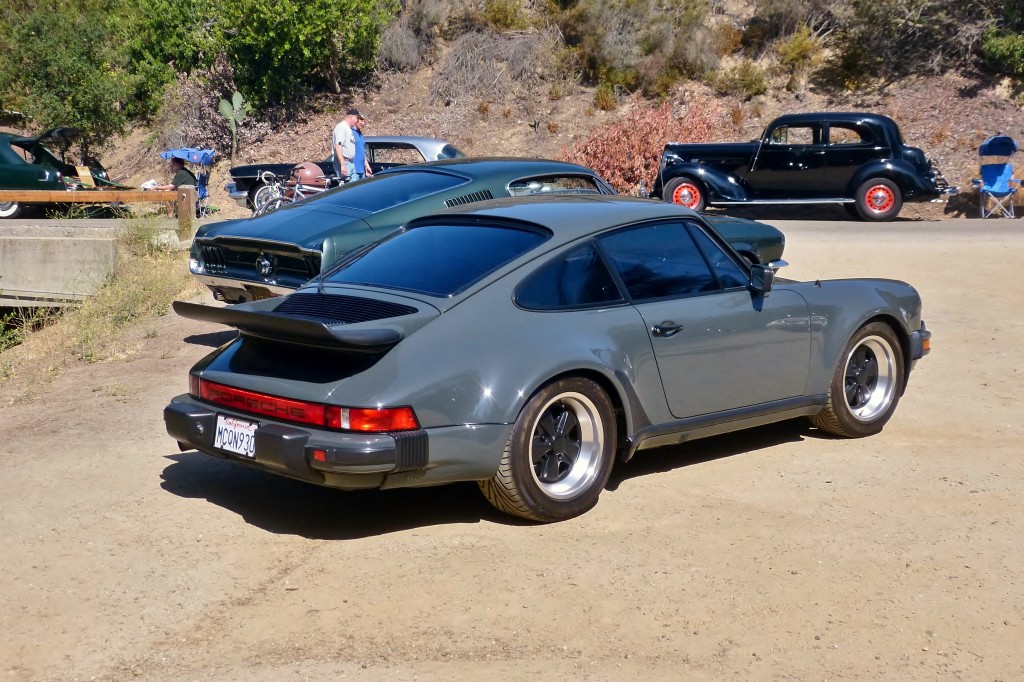 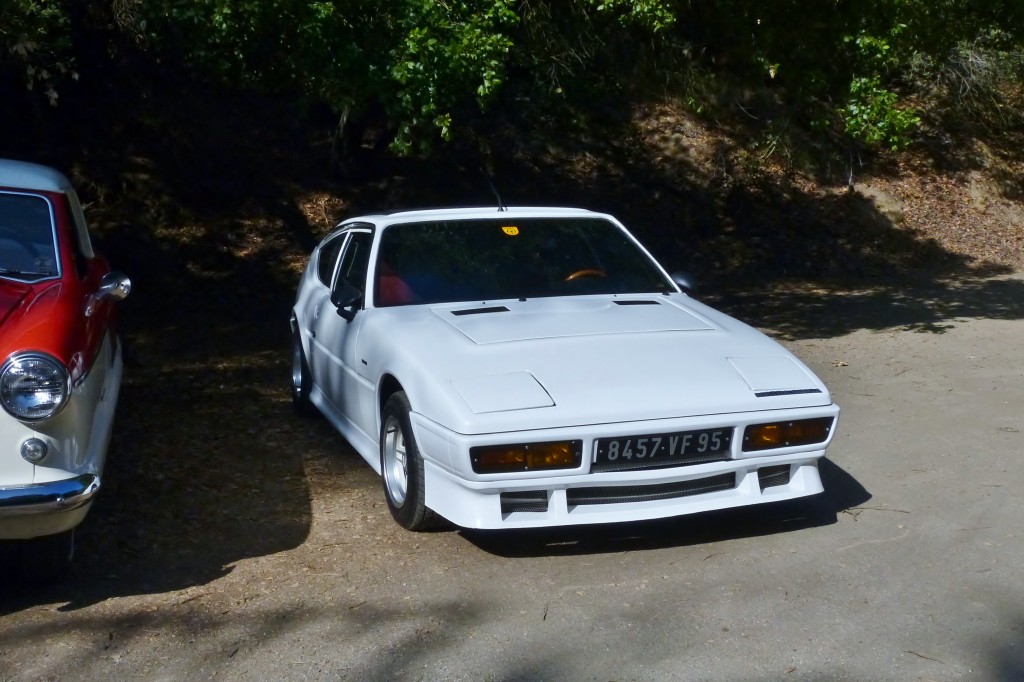 Another rare duck: this Matra coupe runs the same Maserati designed and built V-6 as does the Citroen SM and the Maserati Merak 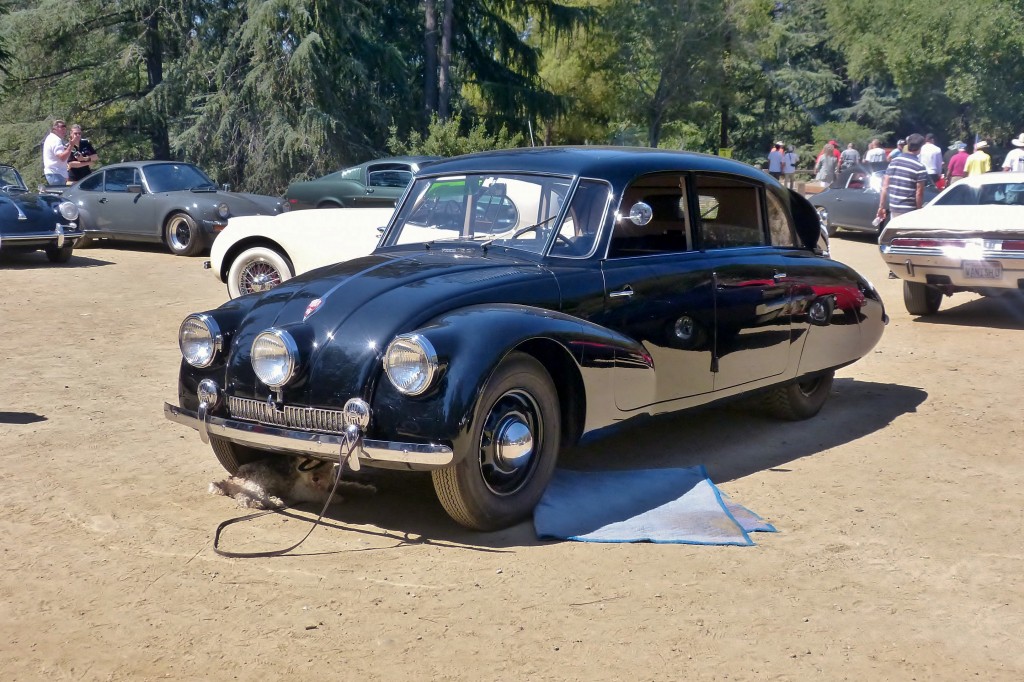 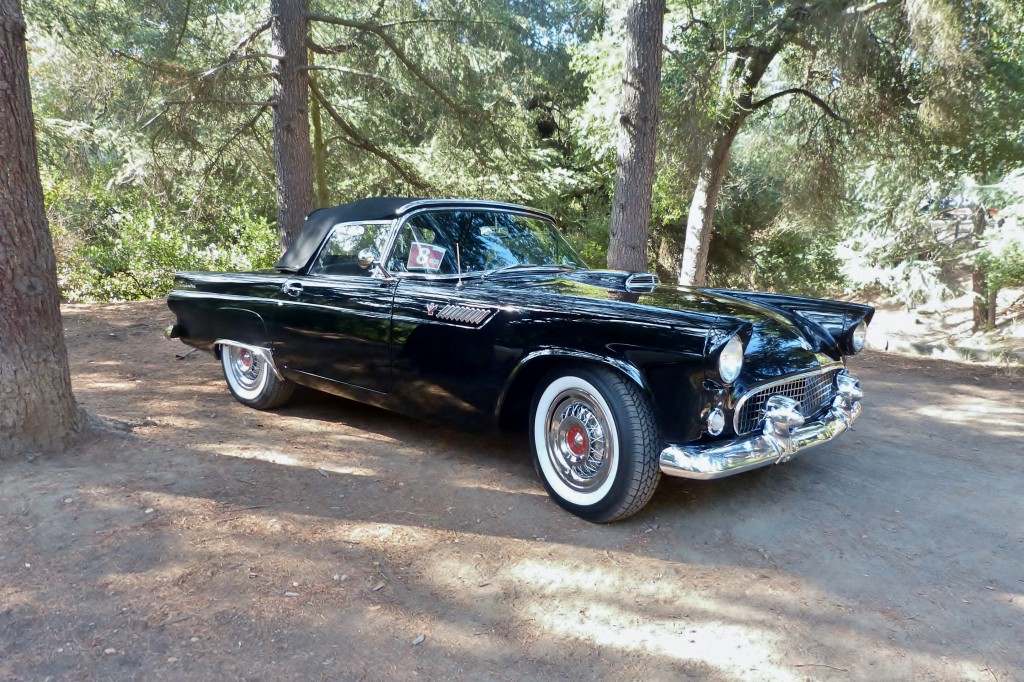 Original LittleBirds are always crowd favorites, and this triple black ’55 was tasty 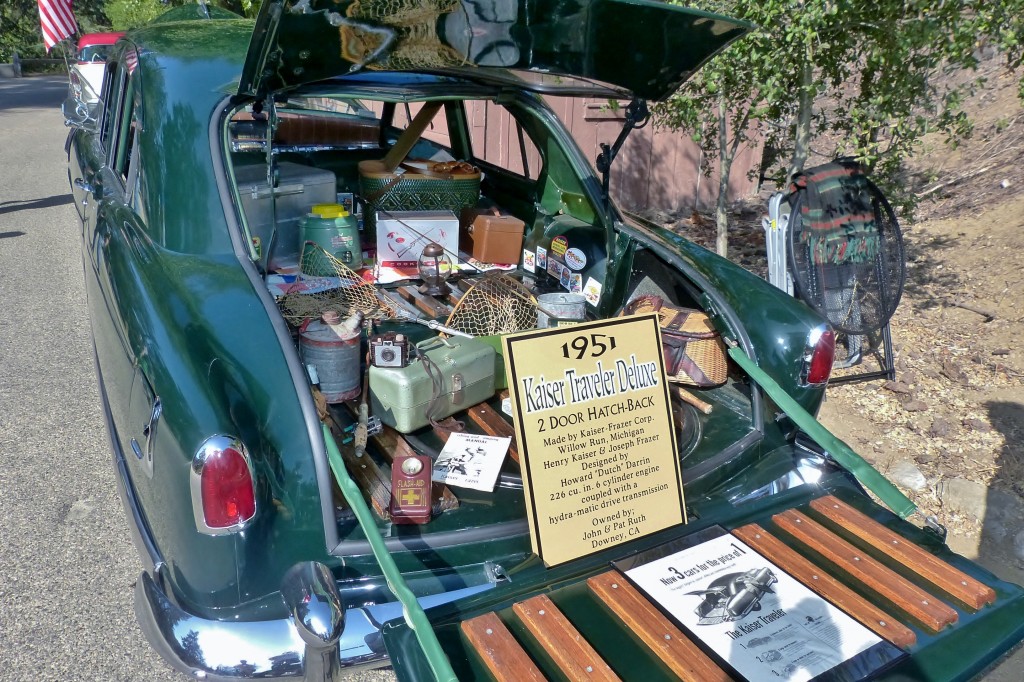 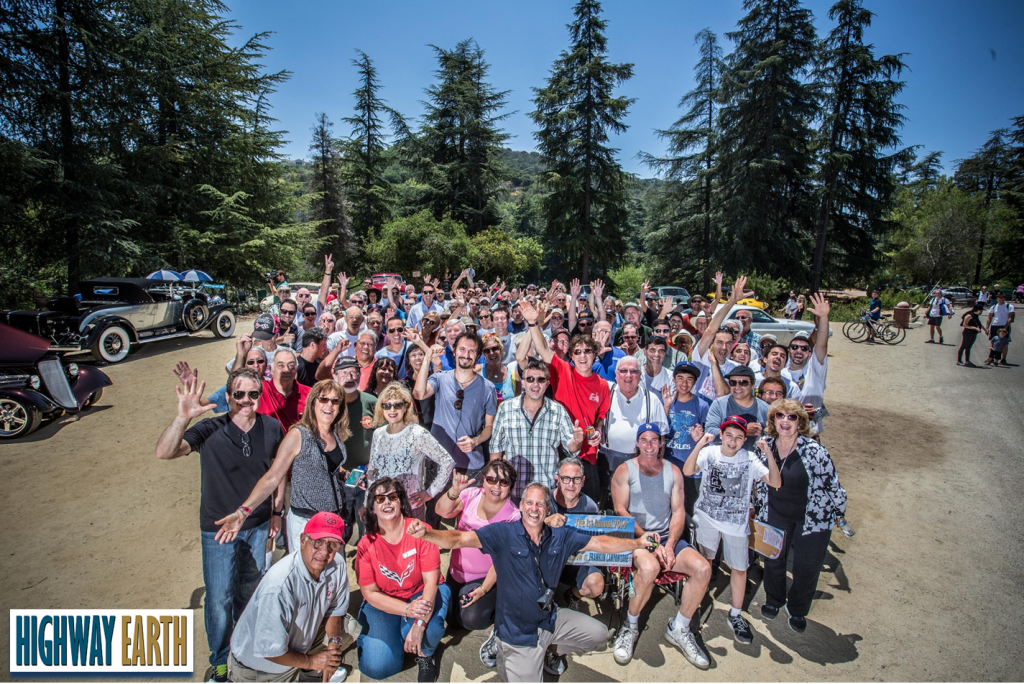