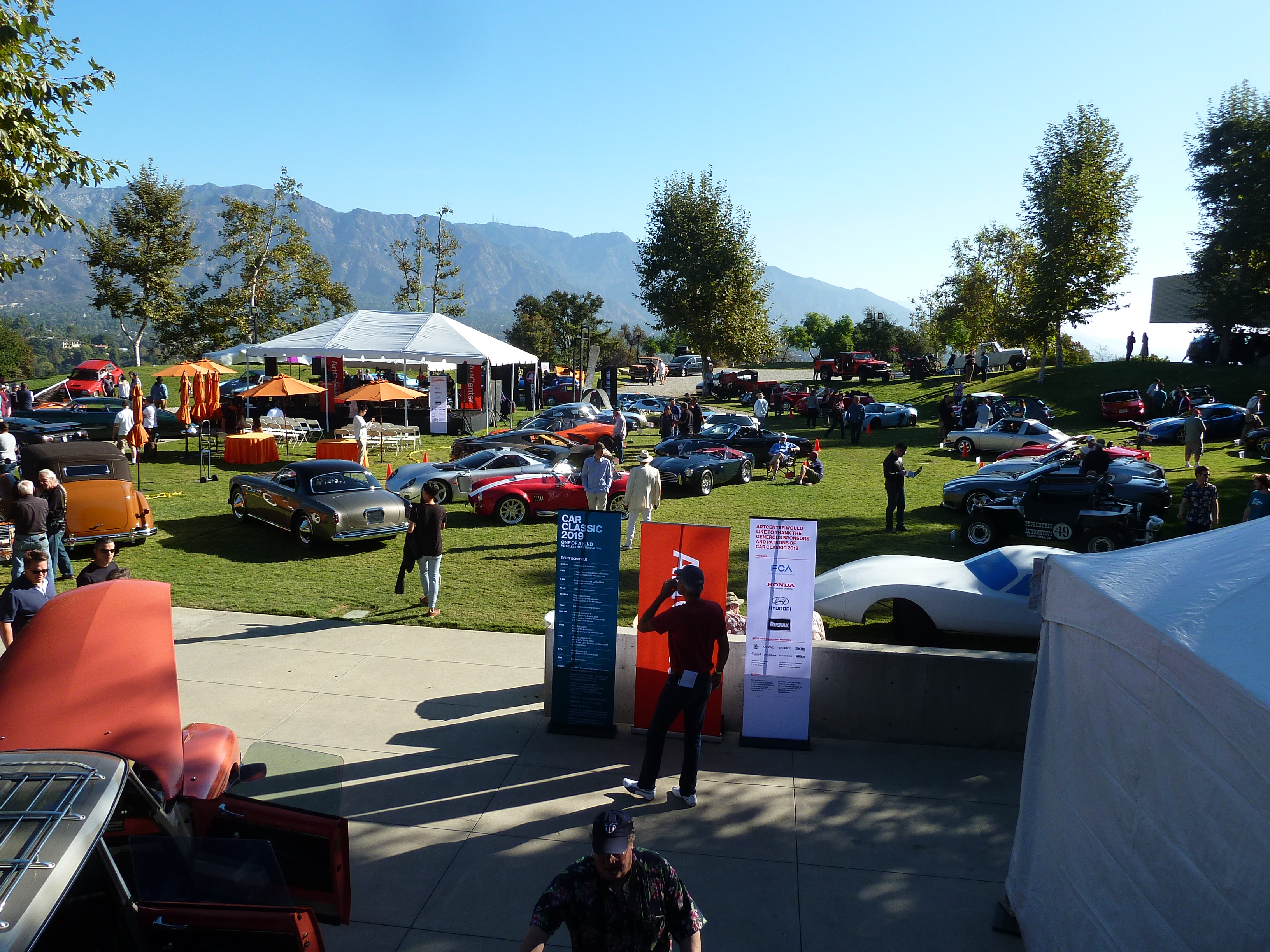 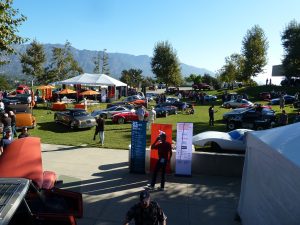 It was a perfectly clear bright and dry day, not too hot, and the ArtCenter property looked its very best

Now, truly, among the greatest car shows on earth.  The list of first rate, big game car designers who went to school and graduated from the Transportation Design Program at the Art Center College of Design (now more casually referred to as ArtCenter, with no space between the t and the C) is long and illustrious.  Peter Brock, Chuck Pelly, Chip Foose, Jason Castriota, Henrik Fisker, Franz von Holzhousen, and the list goes on and on for decades.  You can’t name an international carmaker of any consequence that doesn’t employ some or several ArtCenter grads on its design staff.  So naturally, you’d expect a car show put on by such an institution to be not only outstanding, but focused on transportation design.  As always you can doubleclick on any image to see it full size in high res.

And you’d be right.

The theme for this year’s ArtCenter Car Classic was “One of A Kind: Vehicles that stand alone.”  Meaning they could be factory concept cars, radical customs, or anything that qualified under the banner of “memorable one-off.”  And this year’s show had all of that and more.  Factory concepts and design studies, of course; crazy one of a kind customs, race cars, hot rods, and you name it.  Another fabulous “sub theme” of 2019’s classic was to compare “thens” and “nows” meaning side by side examples of early versions of cars, trucks or motorcycles, parked alongside a modern or currently offered example.  This allowed a thoughtful comparison of how design, and transportation laws and mandates, have evolved the breed.  I’ll show you some examples below. 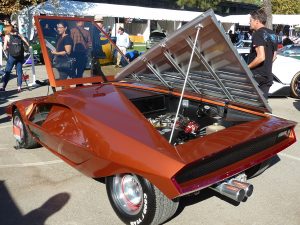 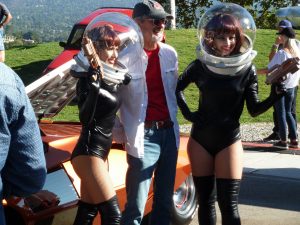 Among the many other things that set this show apart is that is isn’t just assembled; like a world class museum exhibit, it’s curated.  The classes, categories, and features are thoughtfully divined in advance, then the great cars and other properties are curated to fill and illustrate those concepts.   So this ain’t your average CarsNCoffee deal.  Another plus is that its held in the school’s quad which is some beautiful real estate, featuring the modernist buildings and a fabulous sculpture garden — great spaces for a car show.  And let’s not forget the school tours, seminars, talks and presentations given by some of the Autosphere’s more interesting and significant players. 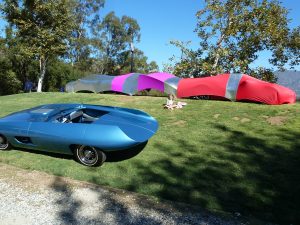 Now THAT’S a car cover folks., with an Alfa Romeo at each end, and the Pontiac Vivant blue concept car in the foreground

Enough chit chat, please enjoy the photos below, and I hope they give you some idea as to the grand specialness that is the ArtCenter Car Classic…. 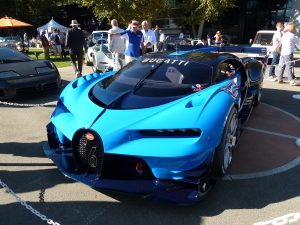 This brilliantly colored and highly detailed Bugatti Chiron dazzled everyone 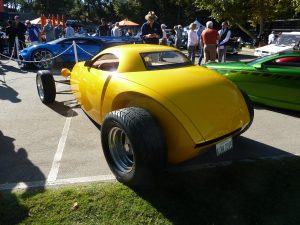 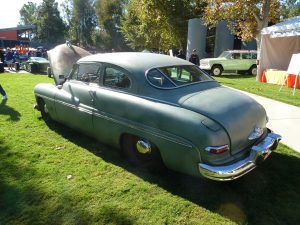 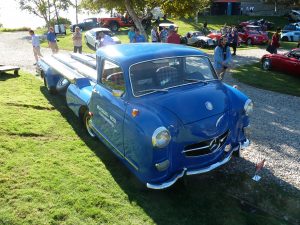 Originally there was one, but now two, as this 1950 Mercedes-Benz race car transporter is a recreation of the once-thought-lost original; that one belongs to Mercedes-Benz, this one to, who else (?), but Jay Leno 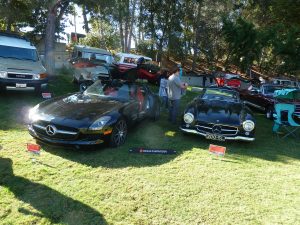 One of the many great design comparisons on the field was this pair of Mercedes-Benz Gullwings, then and now 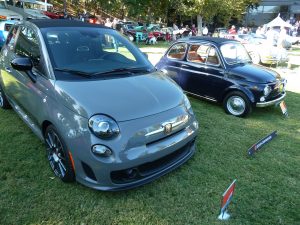 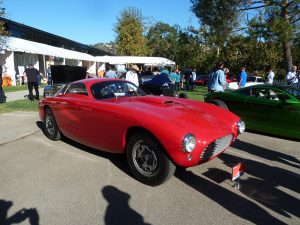 The Bosley Mk I is the first of a small line of them, looking like a Zagato Ferrari as much as anything. This one belongs to The Petersen Automotive Museum 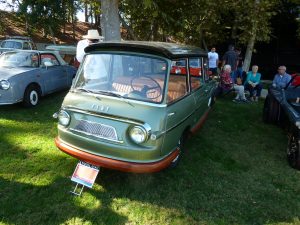 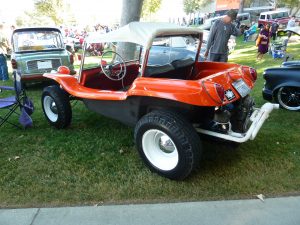 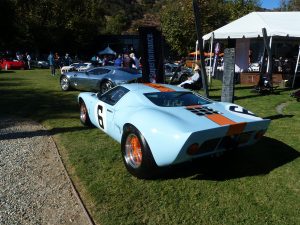 Not a one off, but still a racing livery — Gulf Blue and Orange — that will never look wrong or dated. Still crazy after all these years 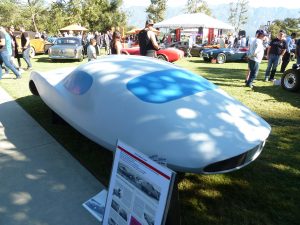 Always plenty of foams, clays, bucks, and other design intent models to be seen at the ArtCenter Classic 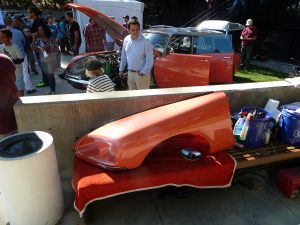 Yes this left front fender goes with the Citroen Safari wagon just behind, sorry this guy stepped into shot just the instant I pressed the button. These fenders are easily removable by design 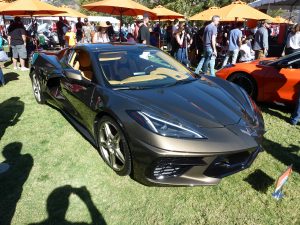 New C8 Corvette was a big draw this day 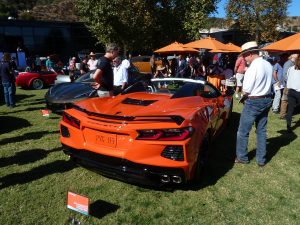 Bet you didn’t know there was one: of course Chevy will offer a convertible version of the new Corvette, and many people saw it here for the first time 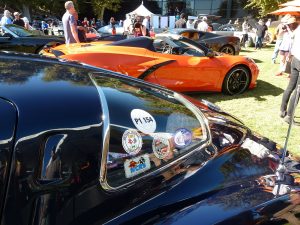 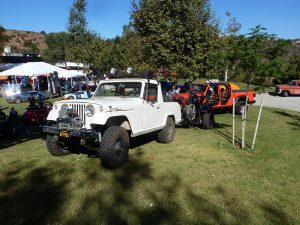 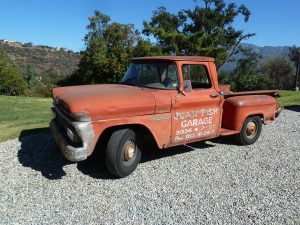 Something for everyone, including patina fans; this old Chevy wears its years nicely 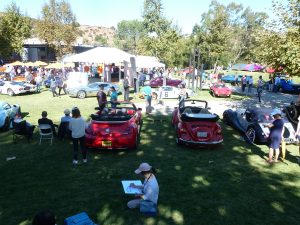 Come to the ArtCenter Classic next year, I promise you’ll find plenty to enjoy