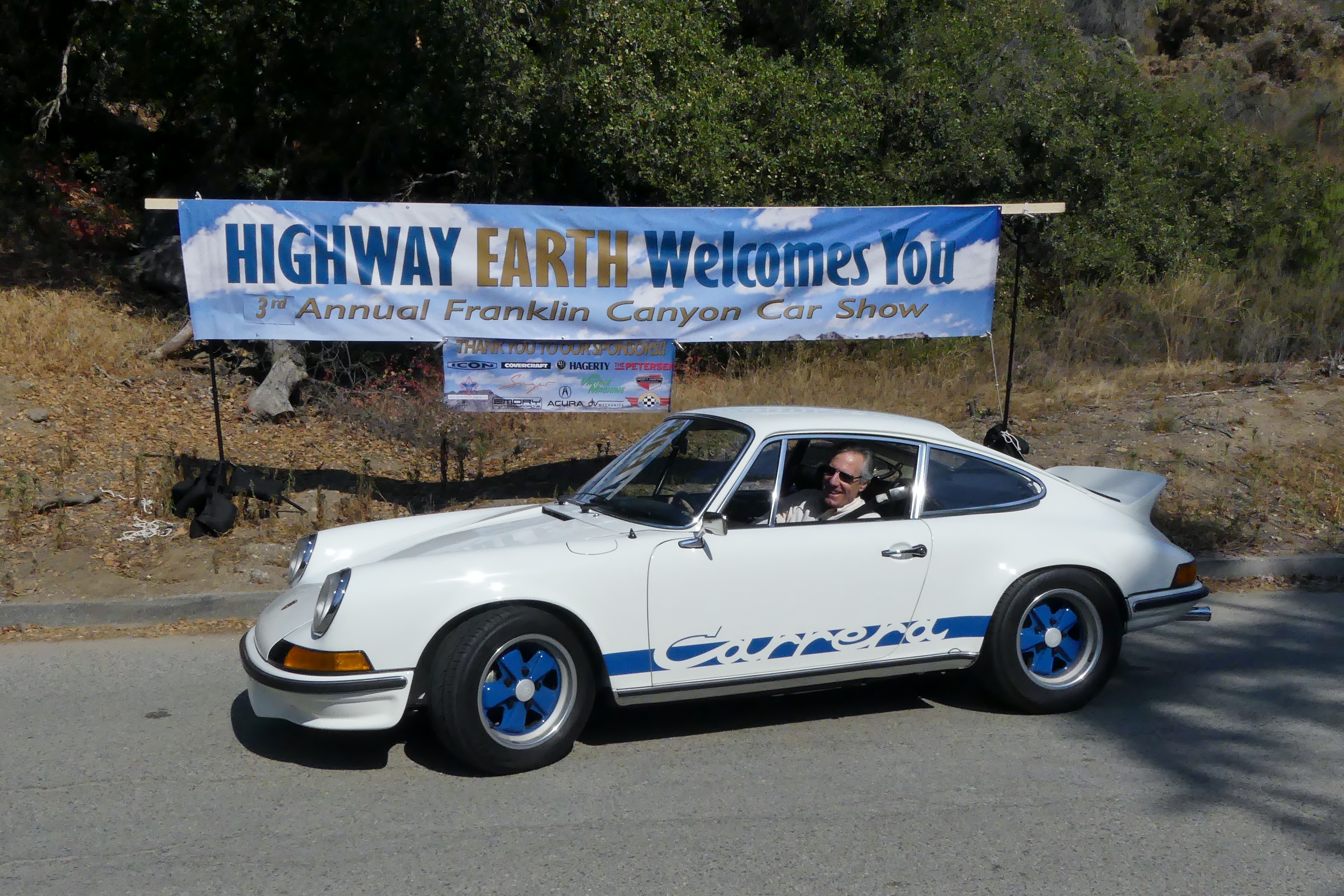 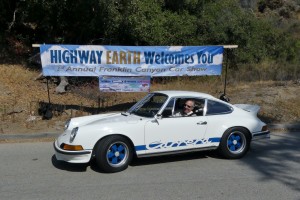 Perhaps the nicest, and certainly the most valuable car at Highway Earth this year was mega enthusiast Bruce Meyer’s uber fab 1973 Porsche Carrera RS2.7. Many consider this to be the truest expression of the original 911 ethos.

I couldn’t be more proud of my friends Evan and Thomas, who now for the third year, have organized, promoted, and pulled off a wonderful, casually irreverent car show that celebrates the notion of “run what you brung.”   Highway Earth is a one day event held at historic Franklin Canyon Lake in the Hollywood Hills that could just as well be named The No Stress Express.

The reasons are that it celebrates cool and great cars in a no hassle environment given a wonderfully casual vibe.  No judging, no trophies, no picking blades of grass out of your tire treads.  You don’t need a show car to play; just something cool and interesting; many of the cars were older classics and semi classics, but not all.  My own Shelby Mustang is only eight years old so hardly vintage in any way.

And the folks that participate and attend (spectators welcome free of charge) are very enthusiastic and cool, so the whole day has a casual vibe that celebrates great cars (and a few motorcycles) and great car people.  The entry fee is minimal, with the cars grouped at small turnouts scattered around the lake.  Sponsors include Acura automobiles, Hagerty Classic car insurance, Mothers car car products, Singer Vehicle Design, The Petersen Automotive Museum, and others.  The day always features a special automotive guest celeb of some stripe, and this year it was my friend Jonathan Ward of Icon cars.  Ward is a self taught automotive restorer, designer and builder who has a whimsical mind and builds and sells various lines of restomoded and reinvented cars, trucks, and SUVs.

Enough blather, you just want to see the cars.  Thanks for visiting and please enjoy these great Kirk Gerbracht photos… 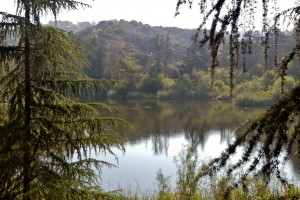 You may or may not remember the original Andy Griffith or Mayberry RFD television shows of the 60s, but this locale is where many episodes were filmed. Historic stuff right here in the Santa Monica mountains. 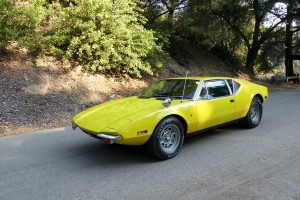 “Elivis is in the Park!” or at least his car is. The Petersen Automotive Museum owns The King’s 1971 DeTomaso Pantera…this is the car he shot with his pistol one time when it wouldn’t start. Bang — take that, car! 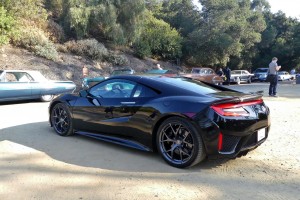 Sponsor Acura brought its new NSX to show off, and if you look close, you’ll see the drool marks all over it. 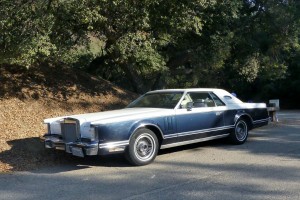 If cars were better by the pound, then this long and assuredly heavy Continental Mk V would be the best car in the world. 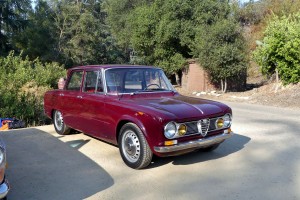 So who was this jerk to score such a plum on pavement parking spot? Its OK when this just restored gem of an Alfa Giulia belongs to the boss, event protagonist Evan Klein. 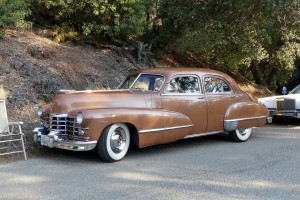 1941 is one of my very favorite Caddys. Large, beautifully proportioned, nicely detailed and distinctly American. 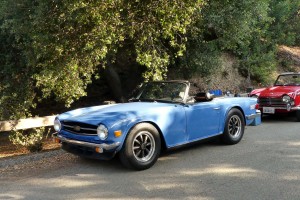 I love Triumph TR6s and 4s; here’s a fine example of each, and I will own one someday. 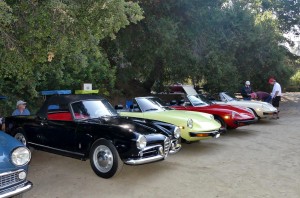 The Alfa Romeo Owner’s Club of Southern California hosted its own concours “show within a show “at Highway Earth, earning extra large turnout parking for its 20 plus participants. Va Bene! 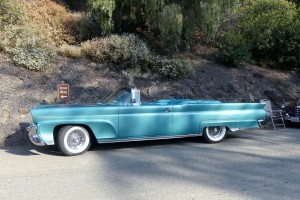 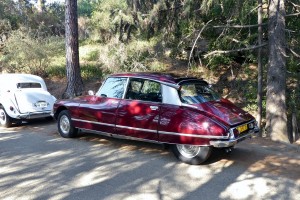 Call me strange, but I love Citroens. And this pair made the show for me, Chuck and Tina’s charming white Traction Avant and this regal looking maroon DS. Vive la France! 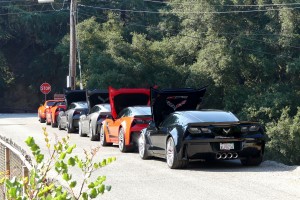 The Corvette gang shows up big for Highway Earth, with always at least a couple dozen on hand. 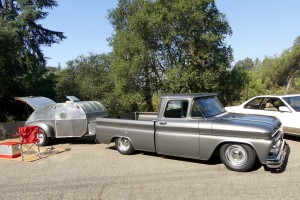 You couldn’t ask for a more charming presentation than this immaculate early 60s Chevy pickup and its neatly polished, semi-teardrop travel sleeper. 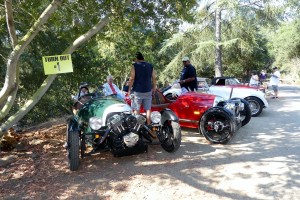 Most of the True Brits hung together in Turnout #1 drinking their weak tea and warm beer. 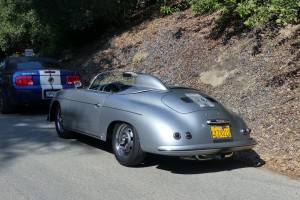 Check out the racy deck fairing on this semi hot rodded Speedster parked just behind me. 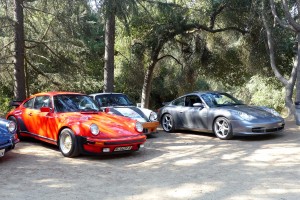 That’s shooter Kirk’s handsome gray 996 coupe on the right in the Porsche paddock.

Links and a final word four our sponsors….