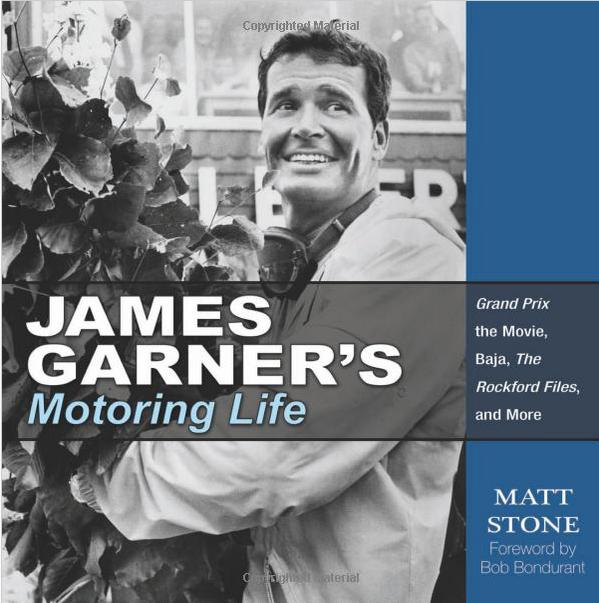 We loved James Garner in The Rockford Files and he did his own action driving during the filming of his epic mid-60s movie about F1 racing, Grand Prix. He also off-road raced in Baja, owned a pro level sports car racing team, and was a magnificent driver, therefore no dilettante racing actor. I’ve written books about the car guy lives of Steve McQueen and Paul Newman, and the the publishing of James Garner’s Motoring Life in September, 2014, my Hollywood Car Guy Trilogy is complete. In this book you’ll learn about great cars he owned, his racing team, his racing career, and his interaction with cars on TV and in the movies. You’ll enjoy great quotes from guys that raced for, with, and against him, including a wonderful Foreword by driving legend Bob Bondurant. A hard working, ethical, loyal and nice guy, it’s unfortunate that Mr. Garner passed away just a few months before this book was set to come off the press, and I’m disappointed I couldn’t present him with an autographed copy. No matter, I think you’ll enjoy this look at one of Hollywood’s True Great Car Guys at CarTech Books or at Amazon